I wasn't expecting to get much done today, as there was some very heavy rainfall during the night, and things weren't looking so great in the morning either. However, later in the day, my dad and I headed for Llanberis, dropping my mum off in the town. We then drove up through the maze of back streets to park up near Bwlch y Groes . When I was growing up, this sneaky starting point was very useful for a quick out-of-season after school blast up Moel Eilio, as it only takes an hour an a half to do a short circuit from here. This was also today's plan.

our_route.gpx Open full screen  NB: Walkhighlands is not responsible for the accuracy of gpx files in users posts
LLanberis, Elidir, Y Garn and Glyder Fawr from the starting point: 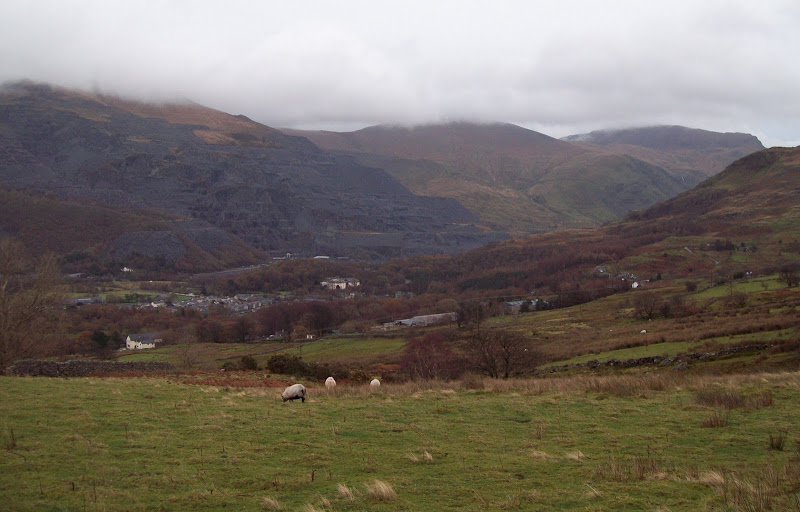 There isn't mutch to say about the ascent. We descended slightly from the road head to pick up a footpath leading round the end of the NE spur, before heading off to hit the spu end. A short steep climb brought us onto the ridge, where we followed the fence up to the large summit shelter. The weather was steadily improving on the ascent, and on the summit, we were treated to a stunning sunset over the Lleyn Peninsula, although it was in brief glimpses through the fast moving clouds.

Path towards the NE spur: 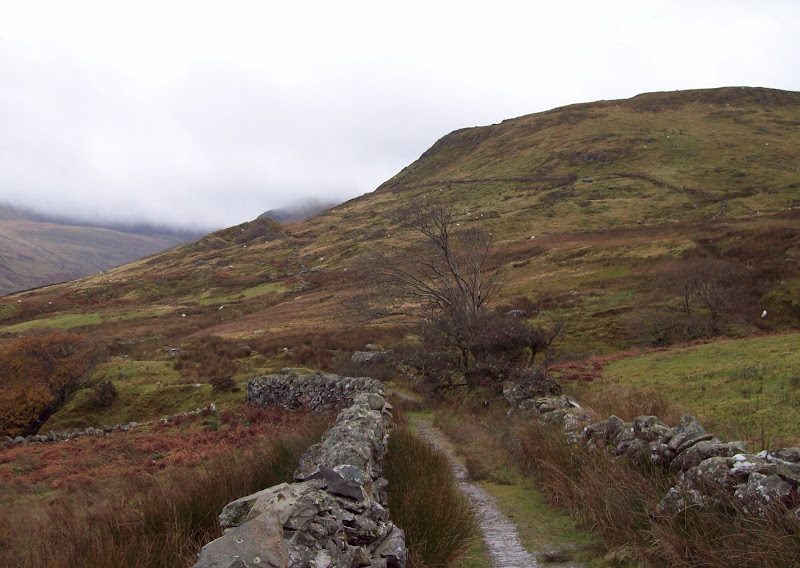 Glyder Fawr almost out of the cloud, plus a large chunk of the Snowdon Mountain Railway: 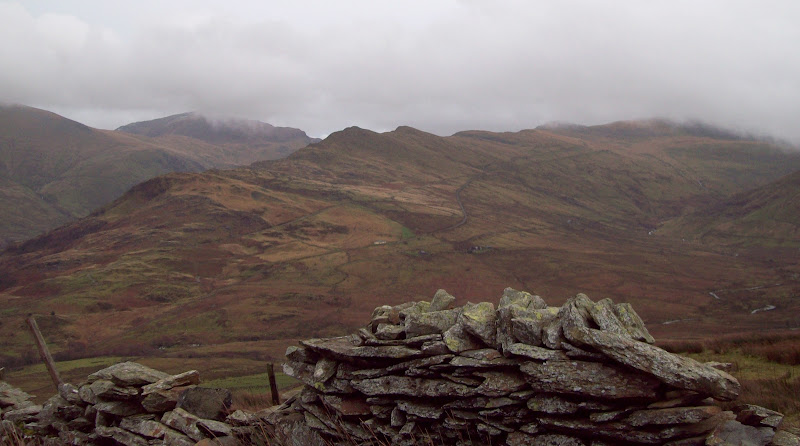 Looking up the NE ridge to the summit: 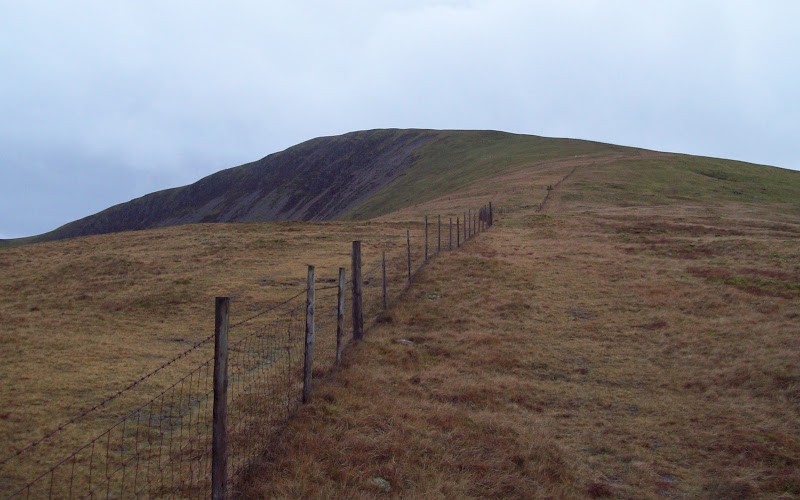 Across to Foel Goch and Foel Gron: 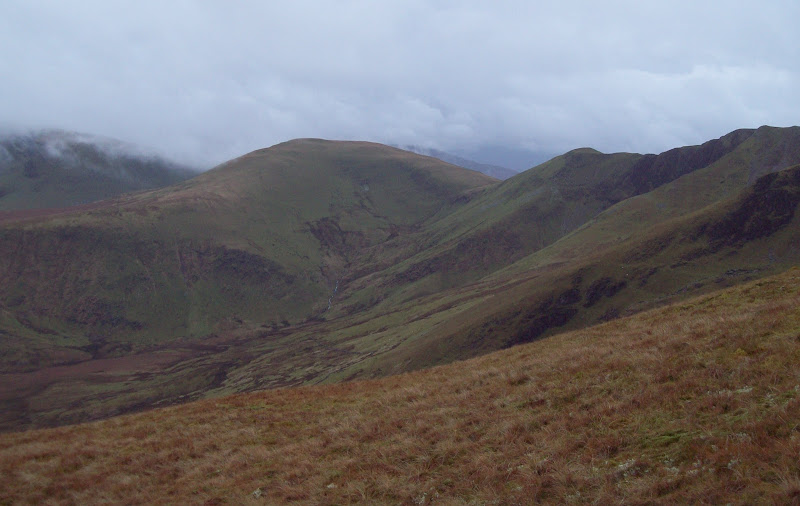 Back down the NE ridge to Llanberis: 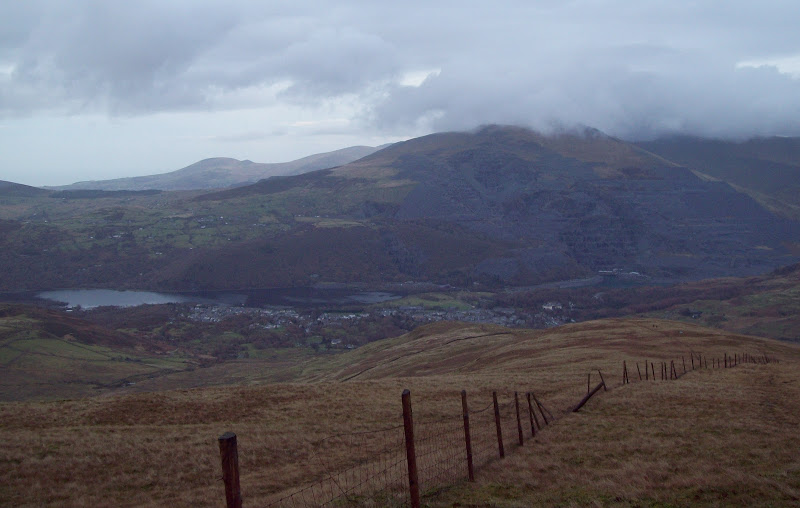 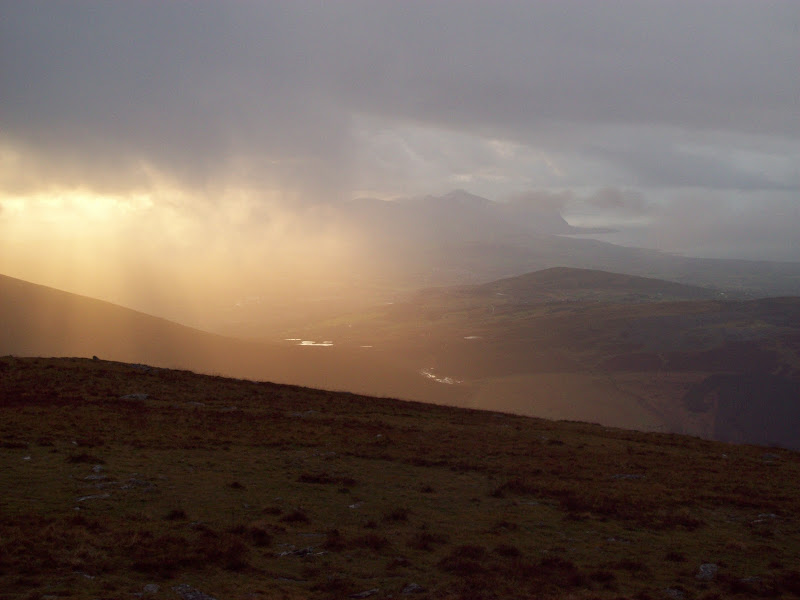 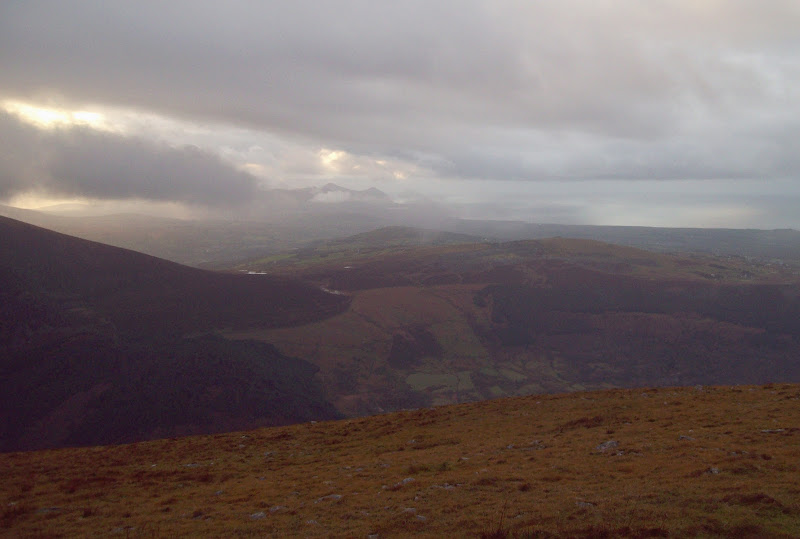 Llyn Cwellyn and a shoulder of Y Garn: 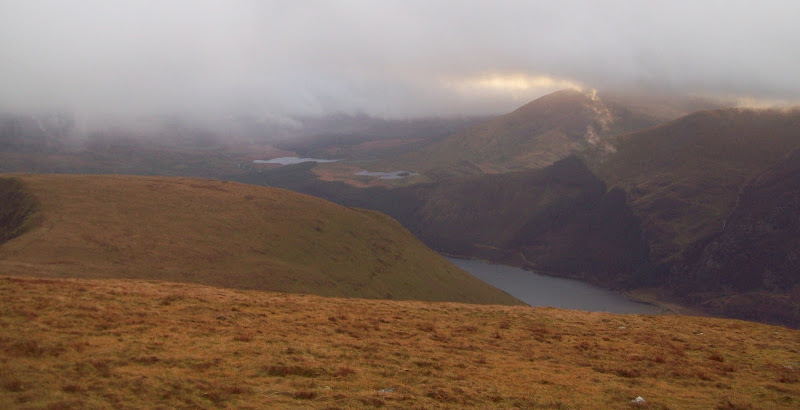 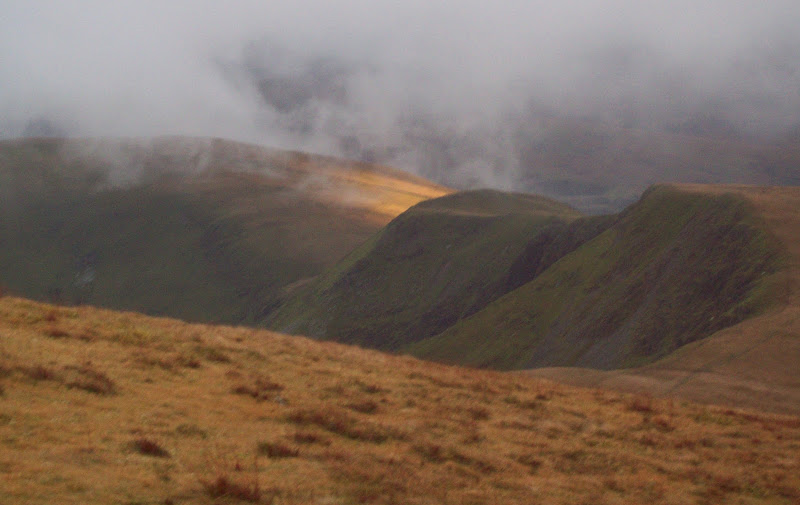 Due to this improvement in the weather, we decided to carry on over Foel Gron and Foel Goch rather than returning by the N ridge - a much nicer walk. The wind was again up enough to make the idea of stopping undesirable, but it was much warmer than yesterday, and almost all of the snow had gone. 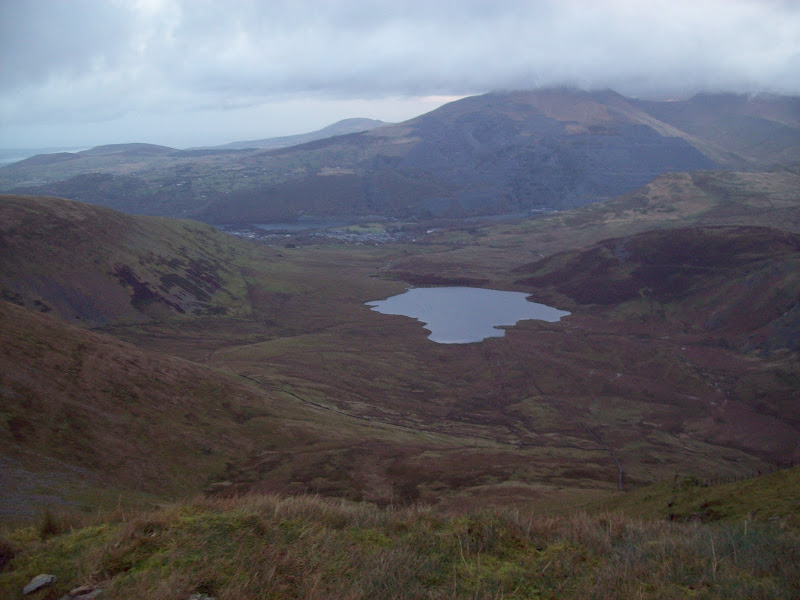 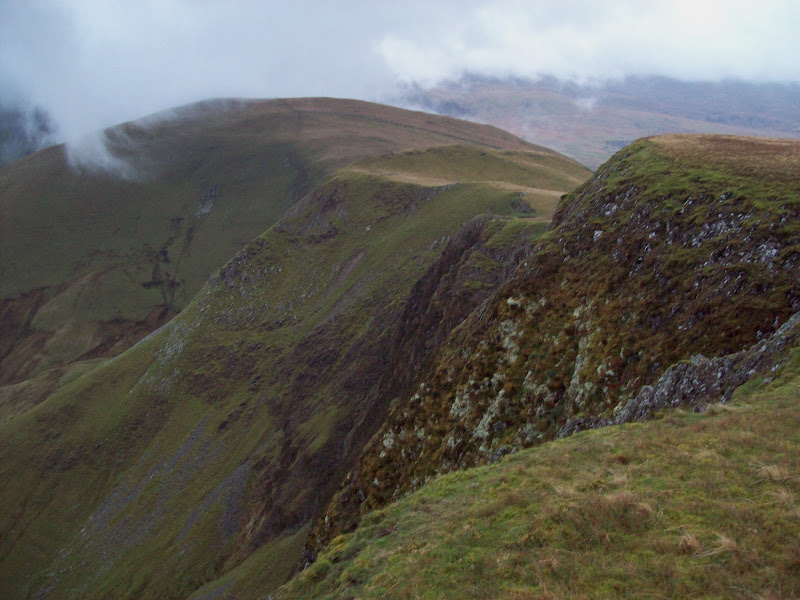 Llyn Celyn and the Nantlle Ridge: 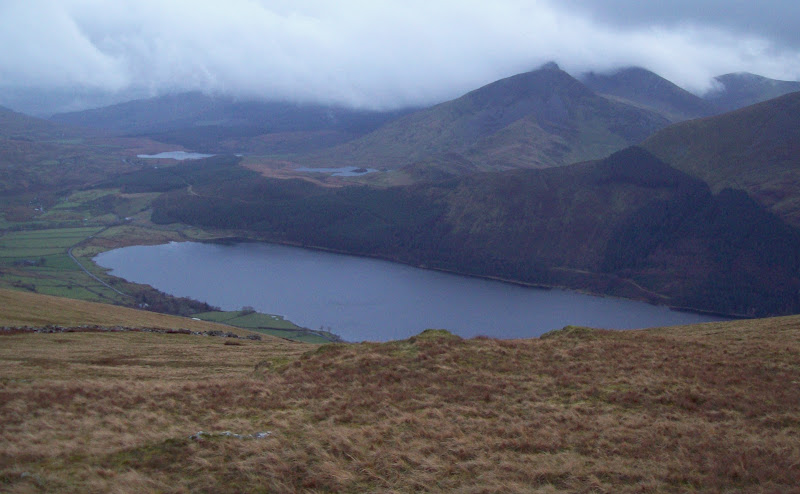 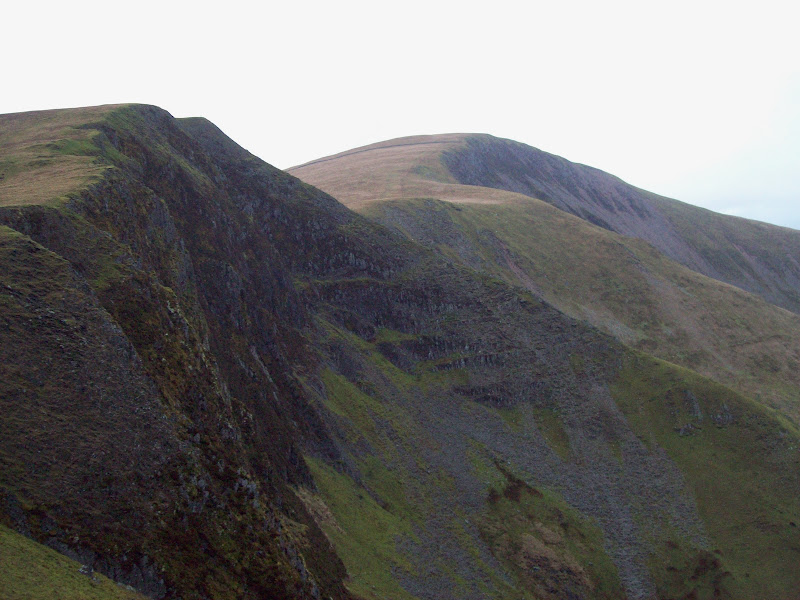 The traverse is very scenic, following the edge of crumbling crags and giving great views to the Nantlle Ridge and Llyn Cwellyn. Snowdon would also look good if it was visible (see Foggieclimber's report for some better photos). Once on Foel Goch, we were beginning to lose the light, so made our way rapidly down to Bwlch Maesgwm. A good path led us back towards Llanberis in the failing light. We were hit by the start of a heavy shower in the last 10 minutes, and the traverse back to the car along muddy tracks was made more interesting by the lack of visibility. Soon enough we were at the car, then down to Pete's Eats in Llanberis for some greasy food. 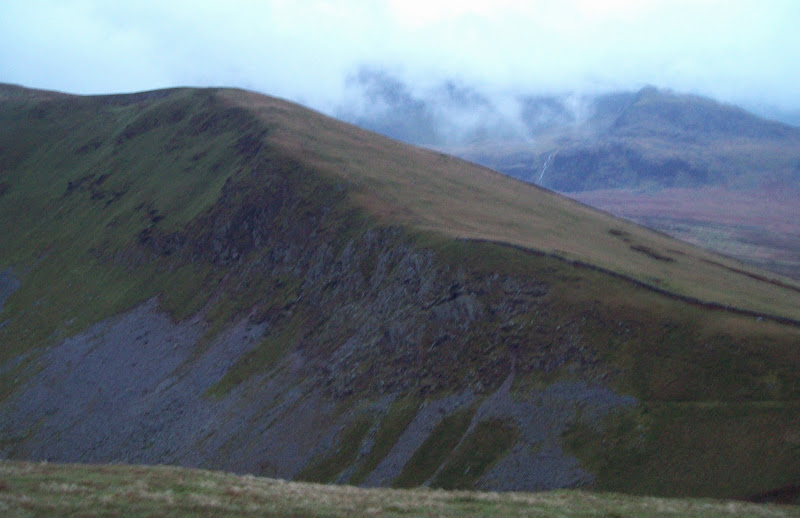 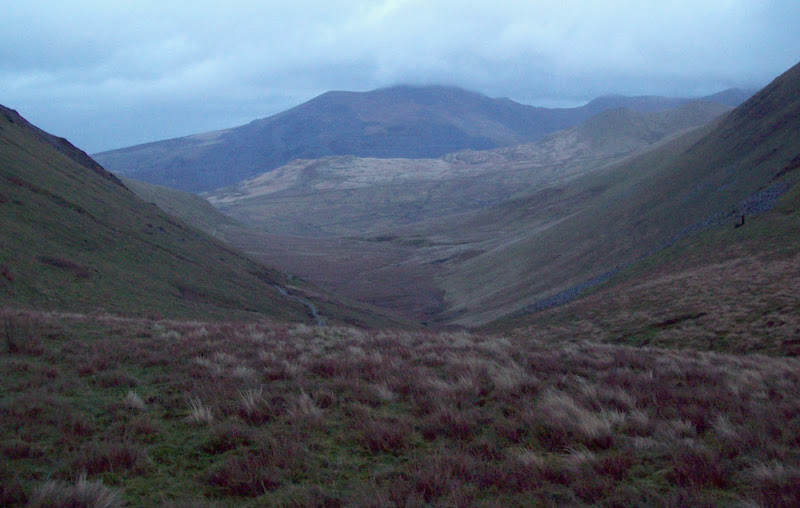 Cracking photos of both gentle and dramatic landscapes

Are you expecting snow anytime soon?

Good little round, I've done it a few times...a good one to do after a hangover, which I have had doing it

Some views from last Jan.... 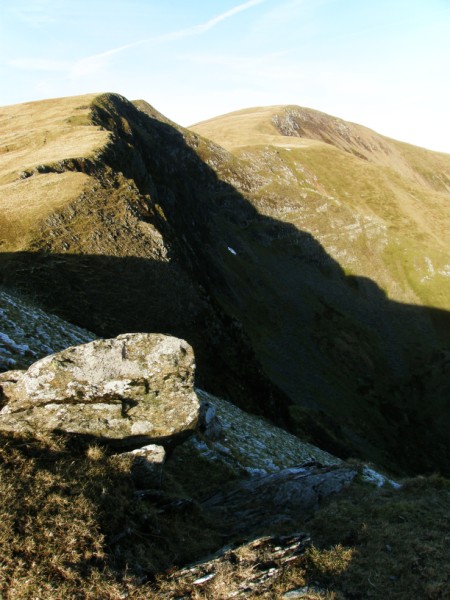 It's pretty handy. Wales is great for not having to drive far or walk for long to feel like you're up in the mountains

Are you expecting snow anytime soon?

Hopefully when I get back to Inverness on Friday

There was snow on the hills the previous day, but much less than the highlands. It rarely gets down anywhere near sea level for more than a day or two a year.

Ta for the photos Alan - they are way better than mine! I'm impressed how little snow was around last January as well.