My brother has been in Englandshire working away for most of the past 12 months and probably misses the hills more than his family. I think he felt he was missing out when he tried calling me on Saturday only to find out I was out on the hills. As he'll no doubt read this, I want him to know he isn't missing much at all..

After a dark, cloudy and snowy drive up the A82, myself and friend Mo set off from the car park next to Achaladair Farm and headed along the track towards Gorton bothy. I was starting to miss the tarmac, buildings and millions of people. Still, I plodded up the side of the native Caledonian Pines in the hope things would improve. Loch Tulla came into view with the sun still low in the sky. A reminder that I should still be in bed. 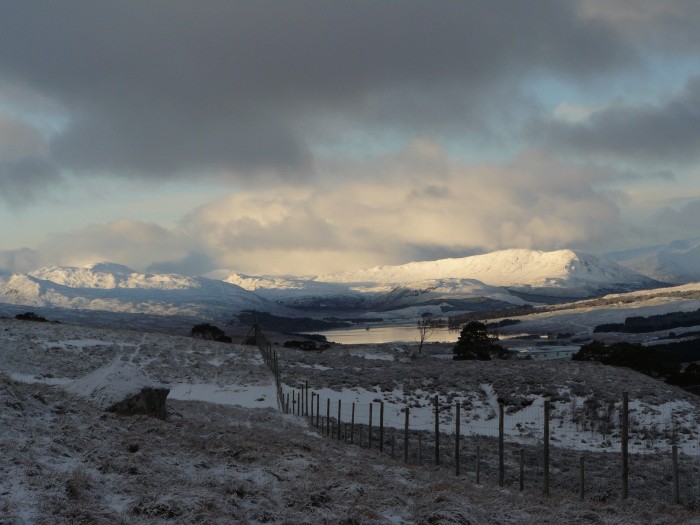 There wasn't much of note as we headed towards the top at the east end of the ridge. 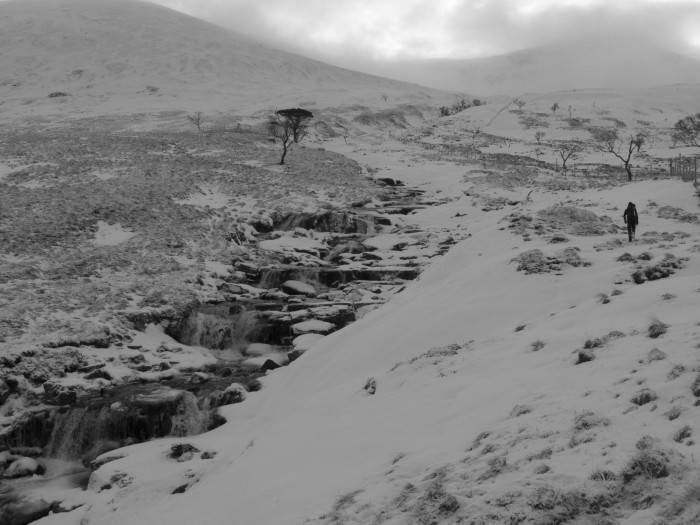 To pass the time I started taking pictures of a dead tree. 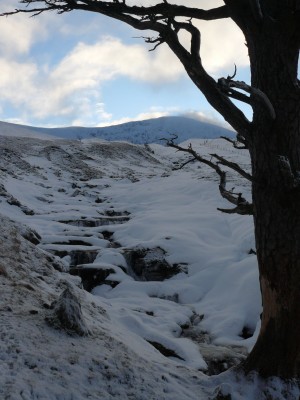 Once up on the ridge, the wind chill picked up. As I looked out west towards Glencoe, Stob Gabhar etc, the agraphobia started to kick in, so no point hanging about.

I knew by this stage that I had missed the Channel 5 Saturday afternoon matinee, but with a good tailwind the thought of making it home for the Strictly Come Dancing Grand Final pushed me on as we descended west from Beinn A'Creachain. 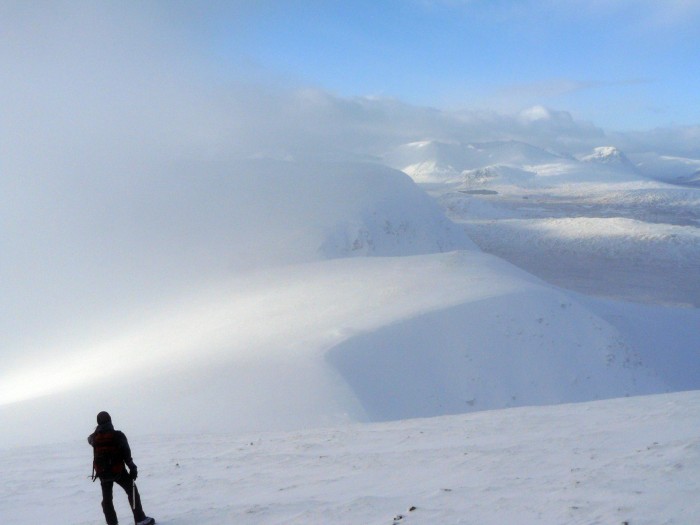 The weather couldn't make up it's mind. Rubbish. 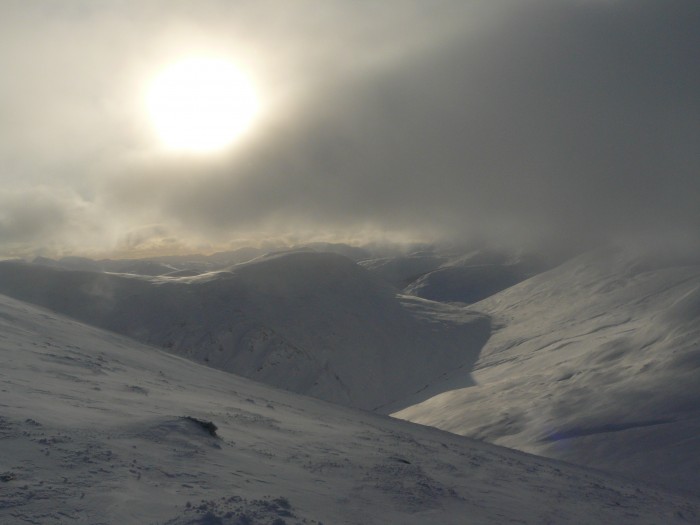 I could see across to Loch Ericht and Ben Alder in the distance. I thought of adding this to my list for 2012, on the basis that today didn't put me off hillwalking to much. 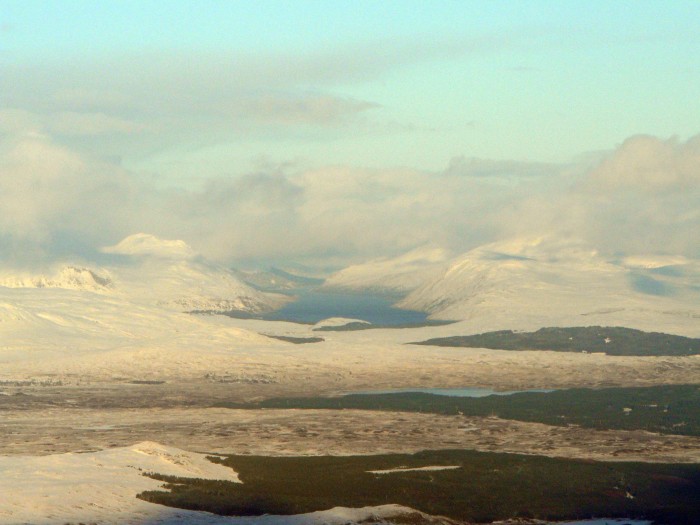 As we descended southwest from Beinn Achaladair, Mo sized up the gullies on the north face of Beinn an Dothaidh. 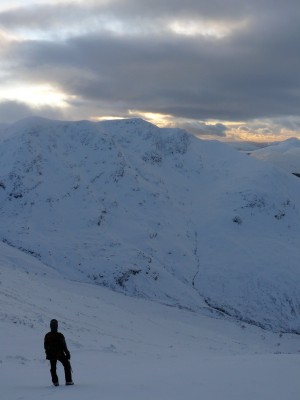 At last we were heading towards the car. As the sun set we trudged on with Loch Tulla in front of us, the potential disappointment of missing the Grand Final of Strictly preying on our minds. 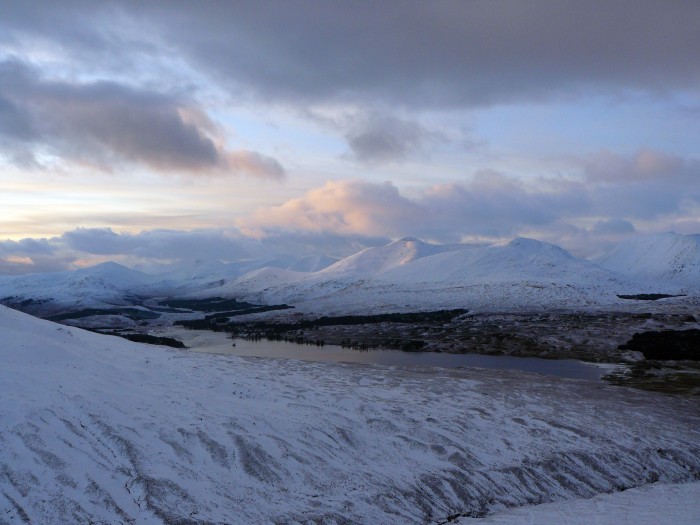 The day might not have been a complete write off as I framed up a shot of a pylon at dusk. Two pesky stags ruined the shot, however. On that note, it was time to follow the pylons back to civilisation and the big smoke. 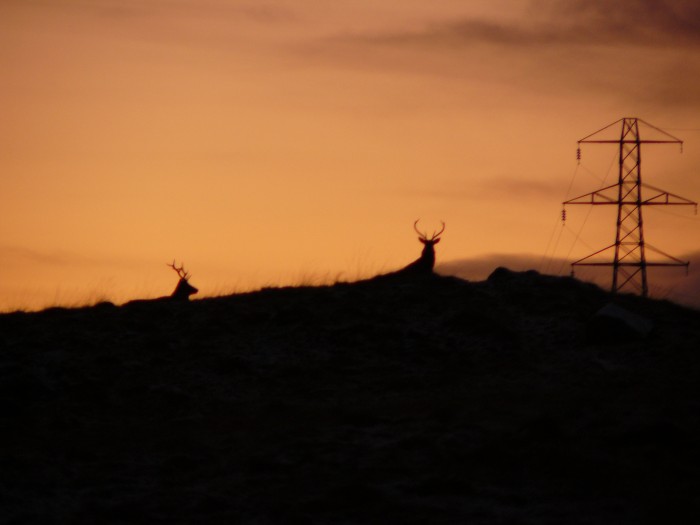 My brother is heading up to Scotland for Christmas and he plans to get out on the hills. I suppose I'll tag along, well prepared for yet more disappointment.

Ha Ha. If I didn't know better I would think you might actually,really have enjoyed two fantastic hills.

If it is any consolation the Channel 5 matinee was "Elf".....only joking but I am sure it wasn't even as good as that.
Do tell though. Did you go up Beinn a Creachin first of Bheinn Achaladair. So many walk reports seem to do so but to me the best way up is unquestionably Achaladair first and it is now becoming a bit of obsession with me.

Oh yeah and anybody who watches Strictly should be condemned to spend their days in the Hills.Glad you hgad a good day!

Makes me glad I live in england really, looks so terrible

so glad you are not my brother! Evil. lol

Snodland - I took the clockwise route, along the track then back along the ridge. I followed the standard route, the only variations being including the top at the north east of the ridge and dropping off the shoulder between the crags to 'glissade' into the valley.

With the low light it certainly worked walking back towards the sun along the ridge. To get the same effect I suppose you could get up on the ridge for sunrise, going anti-clockwise.

cracking pics, really like the one with the deer

Ah, this report really helps me stay in my flat country and not sob about not being in Scotland. Thanks!

And some decent pictures to.....despite the weather

He he! You'll have to try harder to put your brother off the hills, methinks!

A great "off the wall" report - and some cracking pictures too!

'tis a shame the naff light spoiled some otherwise nice photos (particularly the first & second last). And all that boring white stuff...