After a wet washout and damp return from my Knoydart expedition I returned to Inverness to reload my bag a little lighter and head out in another direction. To such ends I headed south along the A9 to the Drumochter Pass and parked my borrowed car at Balsporran Cottages and headed across the road and up a series of tracks towards the top of Meall a'Chaorainn seeing the odd Mountain Hare en route to the top amongst the firing sounds from a shooting party traversing nearby tops in a ATV buggy.

I wondered if I was going to be in the way of their progress but since they offered no signal to me I continued to the top and made the peak of A'Bhuidheanach Beag an hour after my first summit and two hours after leaving Inverness.
An enjoyable walk across a vast plateau following rusty fence posts which I believe marked the boundary line between Inverness & Perthshire at some distant past. The paths were abundant and easy to follow with liberal amounts of white marble scattered here and there.

I even found a dropped mobile phone by the path but it had been there sometime and the opportunity to resurrect it to be able to reunite it with its owner where unsuccessful.

Following the high line I made my way to my second Munro of the day, Carn na Caim, with views in the distance of Dalwhinnie before back tracking to pick up a track by a marble cairn that kind of wheeled its way down through a Quarry before I cut across at track of land past a dozen Grouse Buts and down to the A9 where I managed to walk back to Balsporran along an old section of the original road to arrive back at the car around 6pm amidst a cloud of midgies.

Even inside the car I wasn’t safe and since it was many hours from being time to camp up for the night and I also had no desire to donate so much blood to the wee blighters I decided to drive a short distance up the road to do the short climb up a third Munro for the day, Meall Chuaich.

Nice beautiful simple walk this one with an easy walk in alongside an Aquaduct before eventually reaching Loch Chuaich and a private bothy after which there is an obvious track that leads zigzagging up the hill and then a gentle climb to the summit which I reached in just 80minutes and in time to receive a beautiful sunset over towards the west shared amongst a handful of sheep.

The walk down was just as lovely and once I reached the track alongside the Loch the full moon was rising behind me over the peak I had just left. I managed to walk out easily under its light and then setup my tent on a patch of ground beside the aquaduct with a view of but not the sound of the A9 from the tent. I also happily saw the Caledonian Sleeper passing my tent as I closed up for the night carrying folk to London. Peculiarly enough and in beautiful symmetry the first sight that greeted my in the morning was the lengthy Caledonian Sleeper heading North to Inverness 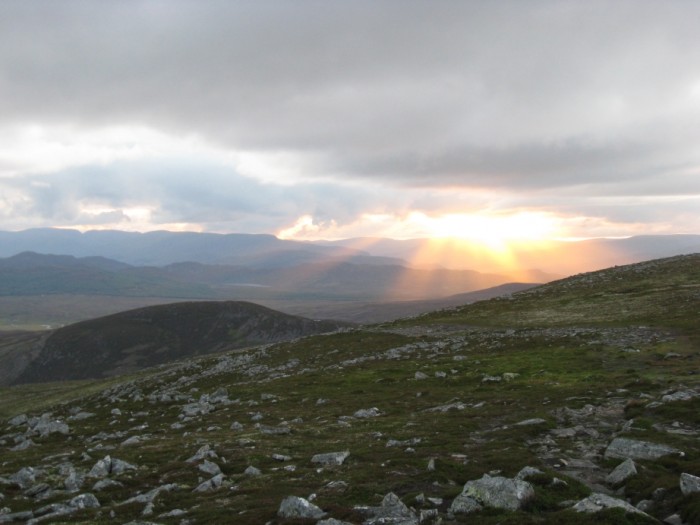 The Sun Setting In The West 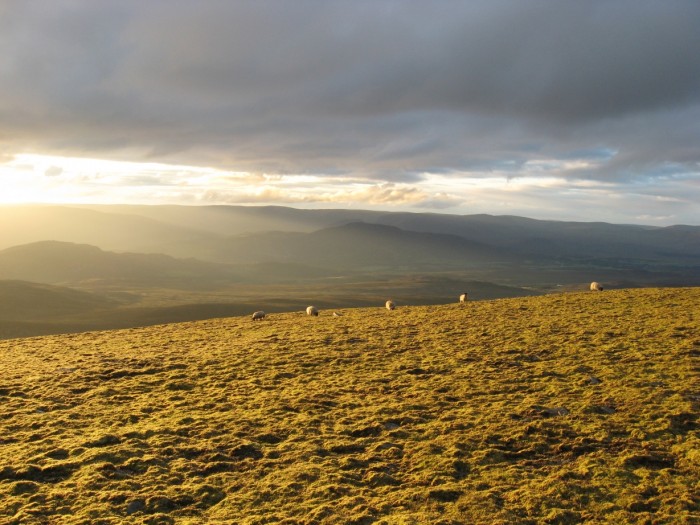 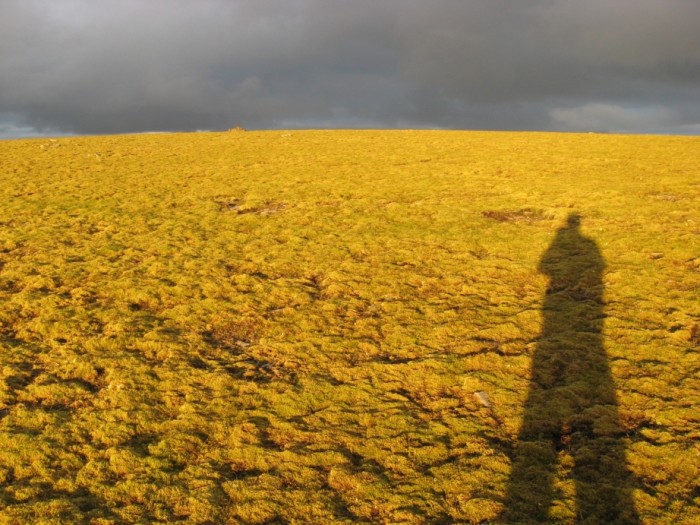 Me Illuminated By The Gloaming On Hillside 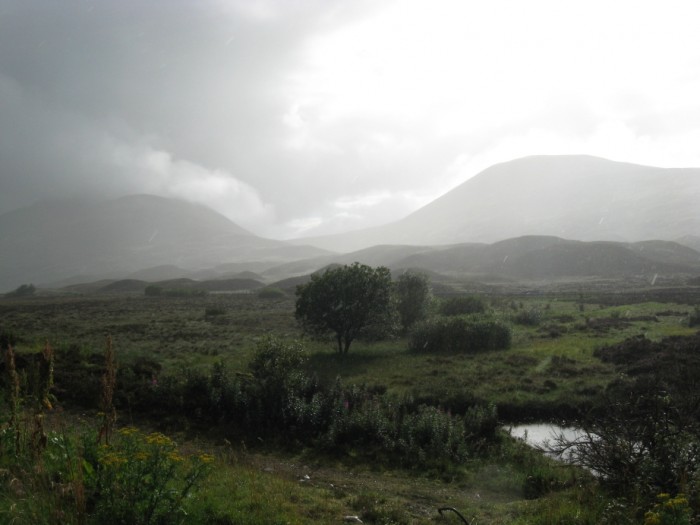 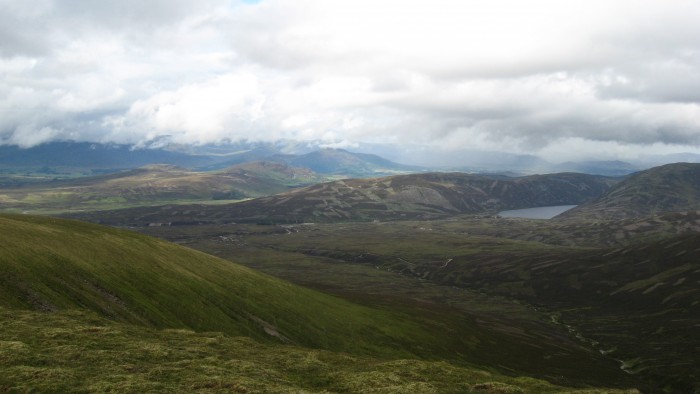