After a great night out in Lancashire on the 31st the plan was to get up and travel to Cumbria for a walk on the fells....Durhhh my head was hurting any way I blame all them Scotsmen for encouraging me to have another wee dram!!

So a day late we were on the 2nd of January but I was eagerly looking forward to the walk with a clear head, but with a wee dram in my hip flask, just in case it got cold

Set of from Howtown and walked up the Fusedale valley, the objective being the summit of Whether Hill at 2210 ft Looking up towards the Head of Fusedale

The higher we climbed the better the views became and I had my first view of the white stuff this winter, not much, but it certainly feels good to be out here today. Not another sole to be seen anywhere Looking back with Steel Knotts and Blencathra in the far distance. A little higher up and Skiddaw comes into view At the summit Hellvelyn and Catstycam was in clear view in this picture Striding Edge is clearly seen and the path leading up to the hole in the wall is visible too. iI was now a straight forward walk towards Lowther House or what is left of it ,just a few stones left now at the once proud shooting lodge. The wind lifted at this point and snow showers were ever present Yippee 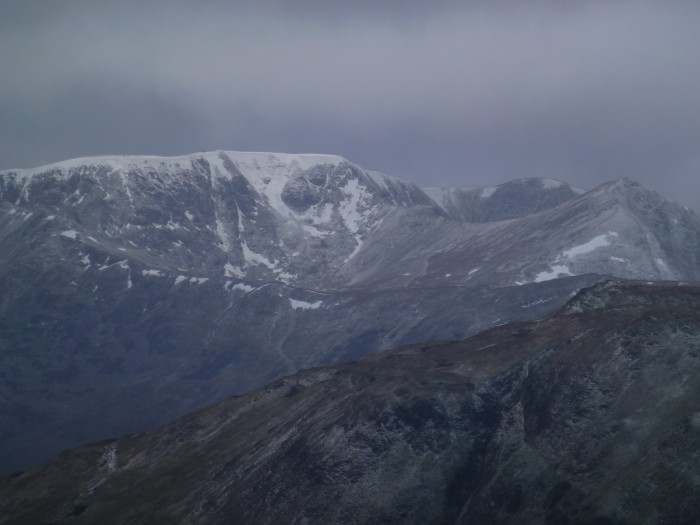 Looking back towards Wether Hill and the High Street range, with the ruins of Lowther House on Loadpot Hill in the foreground.The picture does not show it but I had difficulty standing up as I took this picture and it was getting colder by the minute, making it difficult to take pictures due to my cold hands and face when turned into the wind. Our next objective Aurthurs Pike was on the horizon, which we made in good time, howevr it was at this point where we turned for the home stretch over Bonscale Pike and we were walking straight into a howling gale. This was certainly tough and definitely a lot harder than I had imagined, the freshly fallen snow was turning to ice almost immediately. It was going to be tricky getting down off Bonscale Pike as the initial part is very steep.So on with the crampons and I am pleased to have them to because the slope was well iced over as we decended. 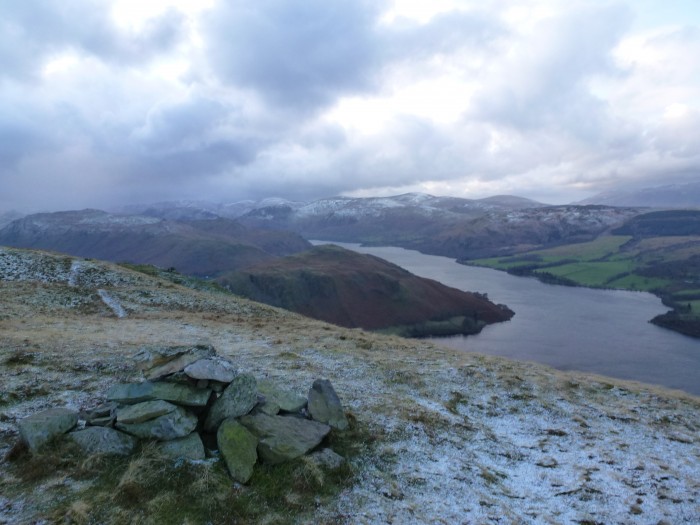 The views were quite good and i had my new camera with me but the cold wind was so bad that it was a struggle to get the gloves of to hold camera out never mind take a picture. However a good days walk was had and a further 4 Wainwrights knocked off my tally. Still along way down

Enjoyed your report Geoff and liked the photos

Always get great views around Ullswater!