Sun and a Storm

Sun and a Storm


The plan for the weekend was to do Ben Chonzie, drive up and stay overnight in Aviemore and meet up with WH walkers that were starting from Balsporran Cottages Sunday morning, jstalker couldn’t go too Ben Chonzie as he was unable to stay overnight and it turned out by the time I got info that the walk was still going ahead had decided to return too Aberdeen so missed opportunity to get another few on the list and don’t feel like driving back early in the morning, but as they say the hills will still be there.

Left the house at 5.20 had to stop off for some fuel and was crossing the Bridge of Dee at 6.40, nice drive down no rain until Perth and not many cars on the road, turned off up Monument Rd in Comrie and followed the single track with passing places, took time on this track just in case of ice but the roads were clear, but do be careful there is a bit of a drop, keep driving until you get too car park after 2 or 3 cattle grids, its signed no cars beyond this point, room for a bout 7 or 8 cars. One other car there and had a chat with other walker, before he headed away and said see you at the top, I knew that by the height of him towards me it would be opposite direction I would be seeing him .

Walked towards cottages which are in a lovely setting beneath the hills here, over 2 gates and followed the track up lots of sheep on way up and over wooden gate, keep right at the fork and towards a small dam keep following track up, there is another path that leads to the left but stay on the track up. Was after putting microspikes on by now as the track was very icy and have to say they worked a treat, parts of track was deep snow but was mainly solid ice. I left the path further up and followed the burn crossing when I thought it was narrow. The wind was after picking up by now and when I took out phone for a photo, dropped it, it started to slide down hill but bit of a rugby tackle to catch it and stop an unnecessary walk back down .

Balaclava was on by now, I picked up the fence a little further up and new I had to follow this until a right angle in the fence, passed a few cairns to my left as you walk up, its not really steep ascent here, but the wind was making it a challenge, plenty of hares about here too which I wasnt expecting until I realised it was them and not the snow moving. I could the fence that I had to join up with so decided to take the shorter route straight over and what I was thinking earlier to be true as the other walker from car park was making his way back down, took photo and gave a wave and continued over to the fence, from here followed right up to the shelter which was full of snow. Very strong winds at the top, set down bag and took out good camera to get a few shots and was nearly blown over on my back. Fingers were starting to freeze so decided to put drink and banana in pocket and get some shelter further back the way I came, headed off the top and it just got worse clouds moved in the wind got stronger and ice rain full force into face. Tried to take the short route again to pick up fence but fell over and dropped pole which I had a bit of scramble to get back, then juice went got that, but banana was nowhere to be seen, which must have sank in snow, got a little bit of fright with this stumble and gathered the bearings followed footprints back to fence in case I started walking in wrong direction. As I walked back down along fence and got to where I first saw the hares it was starting to lift again and the sun was coming out again, when I looked back up where I had just walked could see about 6 or 7 other walkers that I must have passed but never saw or heard. Chatted with a couple of lads that were carrying bikes up rather them then me and even with the ice tyres think they might struggle back down as it was after thawing out a lot from earlier. Got back to the car about 13.00 and changed into dry clothes and then stuffed face with pasta, sardines kiwi’s, oranges, and different fizzy sweets all washed down with tea.

Home via Balsporran car park for a sleep, Aviemore still in 2 minds whether to stay or not , Morrisons for a few tins and home about 18.45. 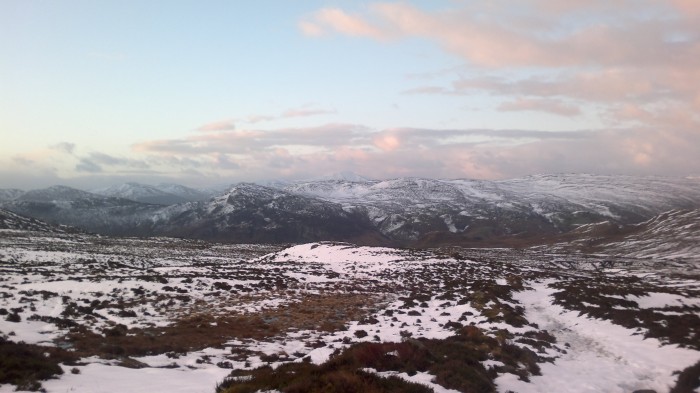 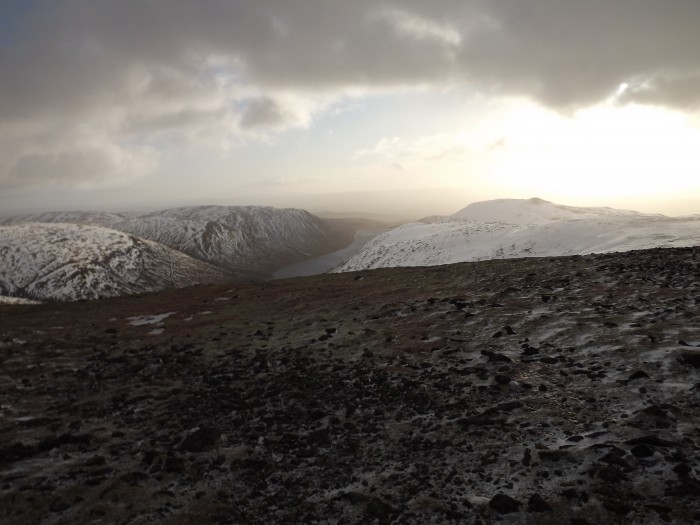 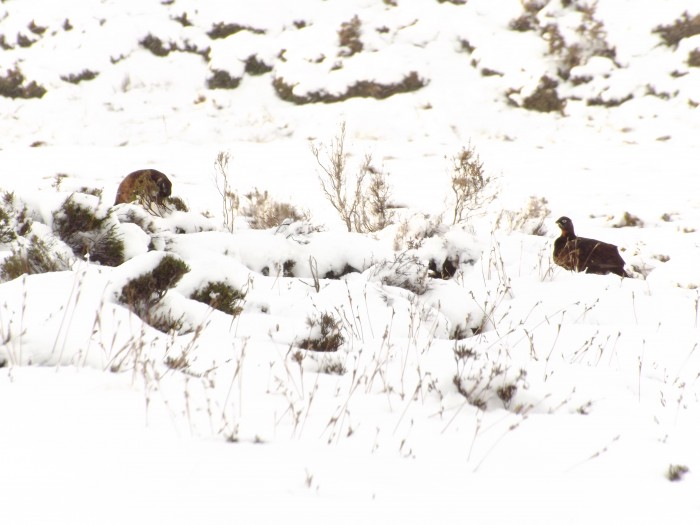 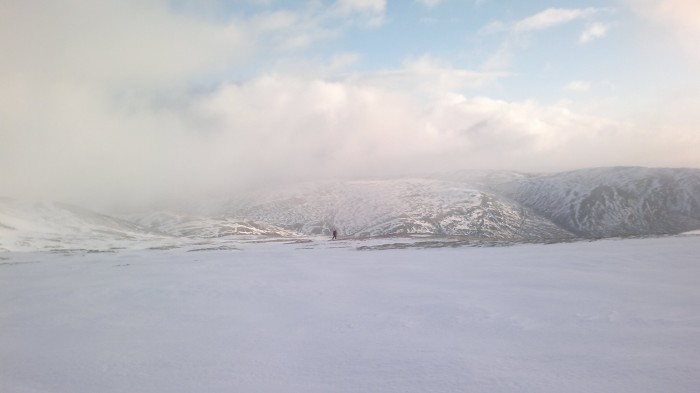 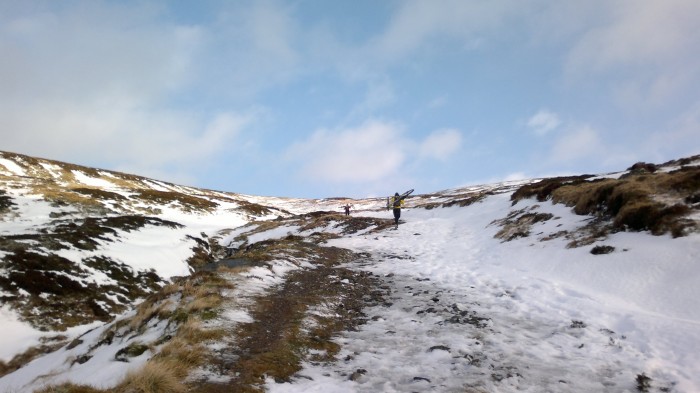 Well done tomsie ,was a struggle yesterday,a good hill for winter though

Brilliant Tomsie...well impressed at your report writing ability...the pics are cracking as well.

One complaint though, I showed you the access route for this at Crieff, head to Loch Turret, and you decided to take the pensioner route up through Comrie...disappointed.com

The road was blocked at Crieff

Haha I talked and someone typed that, honest

Pigeon walk up was ok until that storm came over, the guy on mountainbike was asking did I get caught in it, he was after seeing it come over, prob about 5 mins but felt longer.

Haha I talked and someone typed that, honest

I don't doubt the talking part in the slightest...