A long hot day, made all the worse by the long walk in on the road from the Ben Nevis Inn and some poor initial route finding that meant scrambling up steep ground through heather to the first summit of the day.

Didn't stop much along the way apart from a quick lunch (during which I remember looking longingly at a cheese roll someone else was eating on the same summit). I don't remember which peak it was, maybe someone can do someone can work it out from the photo which shows Ben Nevis to the rear? 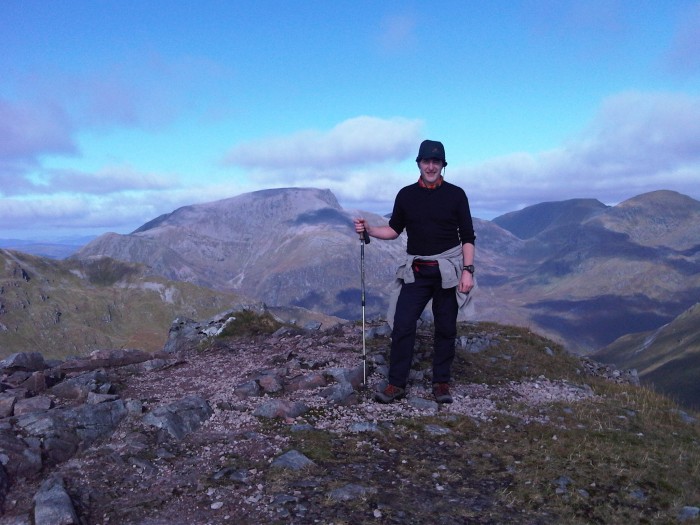 Somewhere in the Mamores with Ben Nevis to the rear

Didn't drink enough water and was dead on my feet when we reached Binnein Mor, so I bottled Binnein Beag, but had no real choice for Sgurr Elide Mor as it was en route to the finish at the bothy. Stumbled in to the bothy at about 7 pm to meet a group of about 8 who were already in there well supplied, whilst Neil and I had to settle for super noodles