wanted to do both these summits but with having done 2 big days friday & sat already and travelling home sunday night decided to just do beinn bhreac and leave beinn a chaorainn which i quite fancy doing via cairngorm from the north over fords of avon for another day,

walked again into derry lodge a walk-in which ill never tire of and stopped for a break by the bridge, and then off up the east side of the glen this is a lovely easy path with great veiws up to derry cairngorm accross the river, followed path up glen derry to where a small cairn marks the way up roughly north east through the pines to come out above tree-line and head north east heading for small frozen over lochan at 673 mtr point, from there an easy walk on hard snow took me straight up to summit slopes all too soon arrived on summit in a bitter wind-chill, 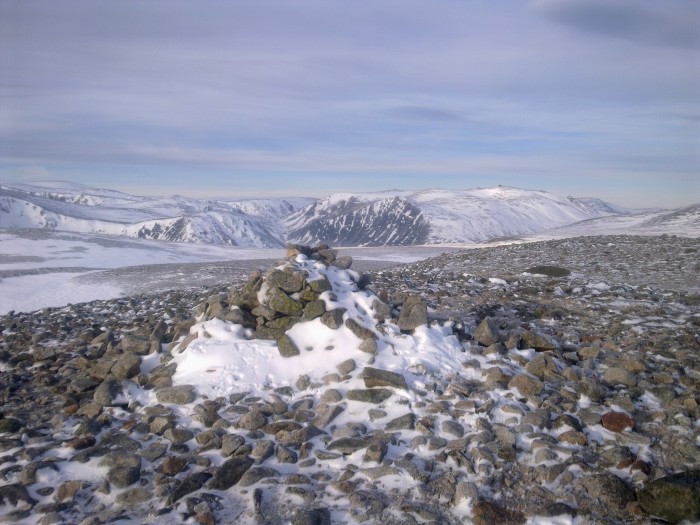 on the way up at point 707 mtrs i noticed how the snow covered banks of the burn beinne brice looked inviting for descent and seemed to flow all the way down back to glen derry, so a short break and then descent back down a super tobogan run on firm snow which took less than 30 mins 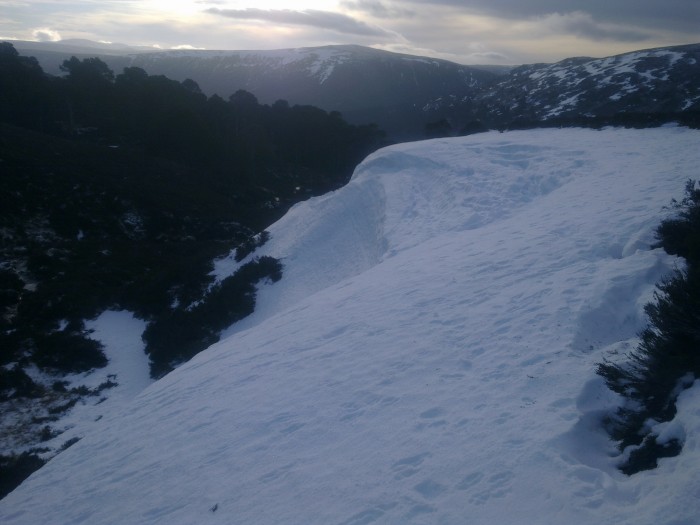 followed the burn all the way to the path in glen derry for a left turn back to derry lodge and lunch, 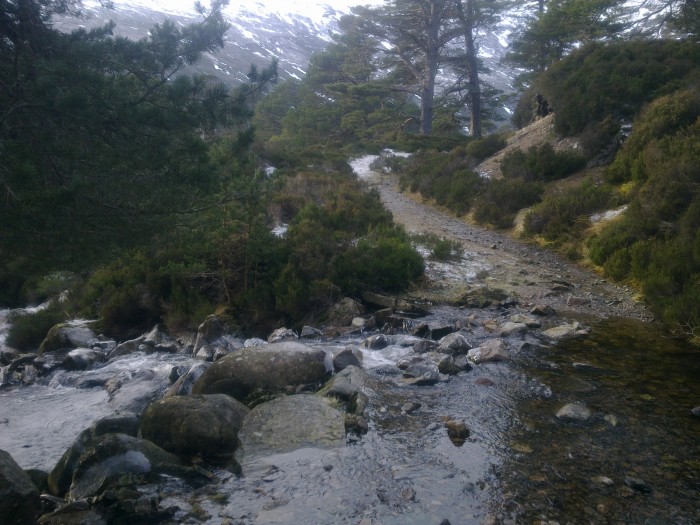 Only been at Derry Lodge the once when i camped a couple of years ago, need to get back up there this year,it's a lovely area

A nice day you got for it