Had looked for a munro / corbett combination to keep all happy and decided on Meall Ghaordie nd Beinn Nan Oighreag from Glen Lochay. Video of day here [youtube]http://www.youtube.com/watch?v=ZlVXAGtwGVQ&feature=BFa&list=ULk3d2uBf5UfQ&lf=mfu_in_order[/youtube]

Decided to head up munro first and then onto corbett. Forecast for the day was for sunny spells with cloud base rising - however this was to be associated with very windy conditions on ridges and summits!!! Snow level was around 600m so it was soggy going until this point. Rainbow on route to ridge

As we gained hight the ground got a little firmer as we reached and passed the snow line- some pics of us trudging our way up SE ridge!! 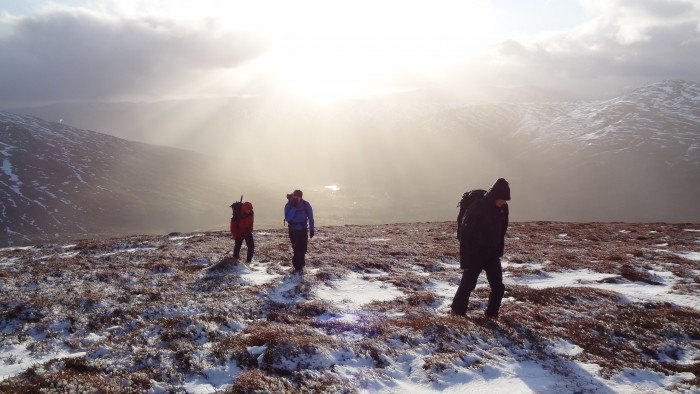 As we got higher the wind was really picking up and wisping the snow about- time for axes and goggles!!! We finally reached the summit and it was so windy we could hardly stand upright!! Some pics on summit We still thought the Corbett was an option so we headed of the summit in a ENE direction droppping onto a spurr then lookingfor a way down to the Allt na lolaire. However time was not on our side and we did not fancy a night walk with head torches on this terrain - so back to car!!
It was a long trudge through the wet snow, often loosing feet into bogs undert he snow and tripping on outcrops of heather!! Howevr finally got bck to car and headed to Fall of Dochart for a pint - however the pub was closed s had to mae do with pics of the white water instead!!! 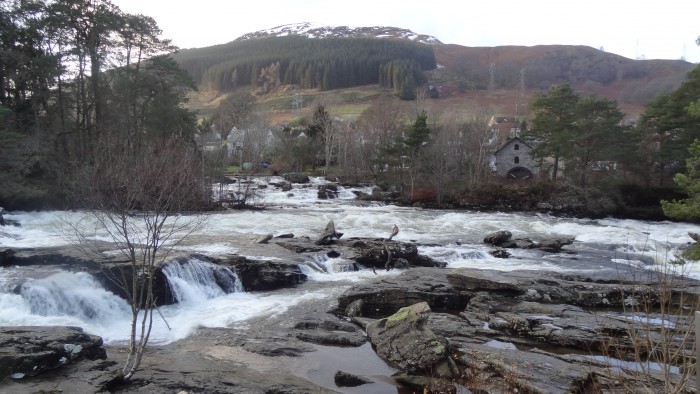 Thanks - it was first outing for my new camera!!

Very nice report and a good video to go with it

Like the face of the guy in the blue jacket