I had been kicking my heals for 5 weeks, so when my days off coincided my mates ( fellow WH member Meatball ) today we decided to head out. The only question was where. As my mate had to be home sharp due to work we decided to tackle Ben Challum. Neither of us had did it before and we did not fancy it in the summer as it appears to be a bog fest ! So with the forecast looking not to bad and for it to be -6 we thought all the bogs would be frozen solid, which they were ! 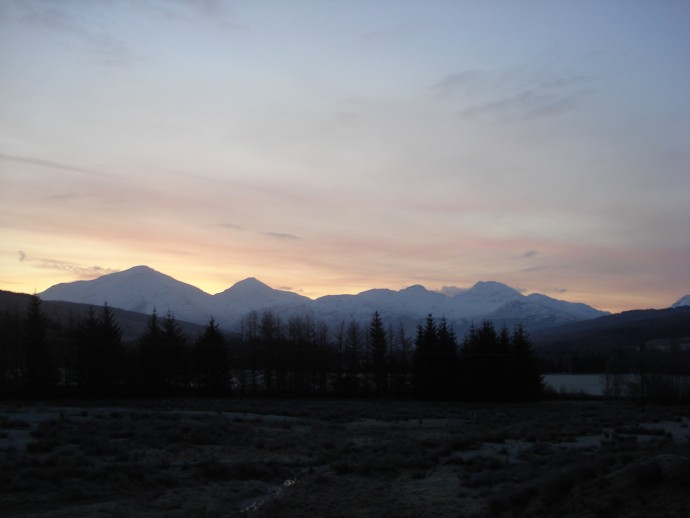 sun was rising over the Crianlarich hills

We then followed the route as described on this website - past the farm, along a part of the West Highland Way, past the graveyard and over the railway line. You then follow the fence posts all the way uptowards the South Top. Whilst following the fence line the views towrds the Tyndrum hills opened up. 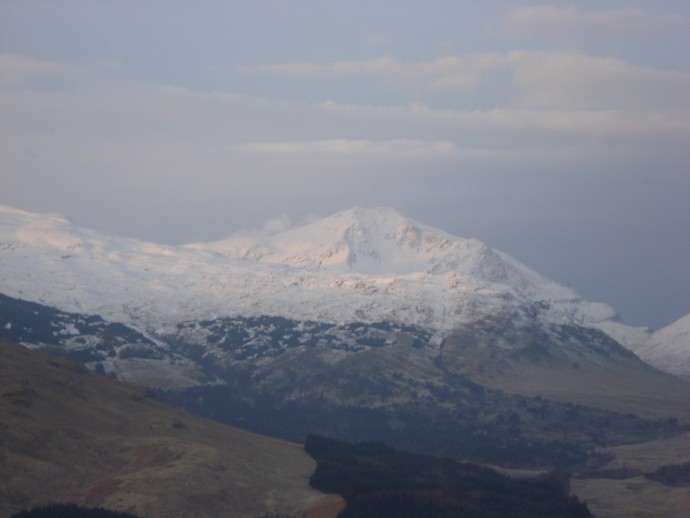 As I said earlier it was rather cold !! 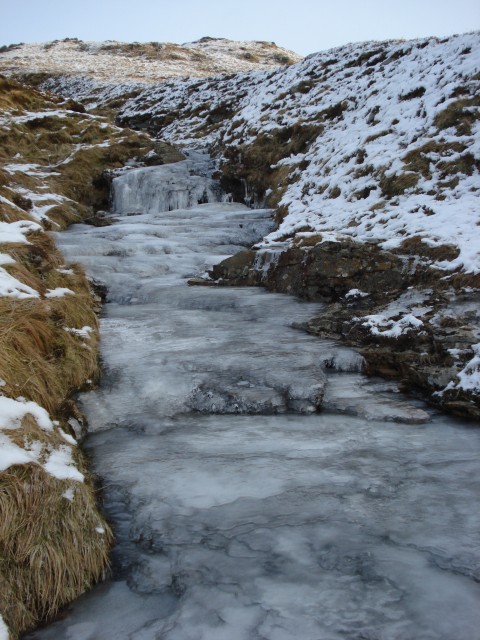 The South Top was soon in view 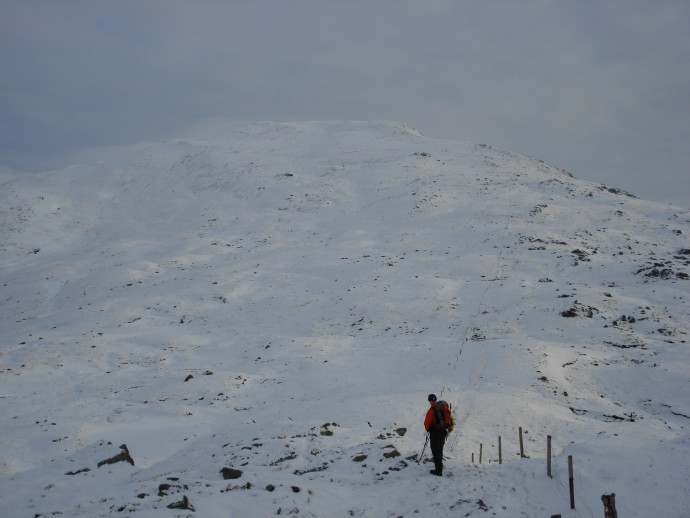 Towards the South Top

The views were magic. We were then on the South Top and the view over to the summit was looking good ! There is still alot of snow about. 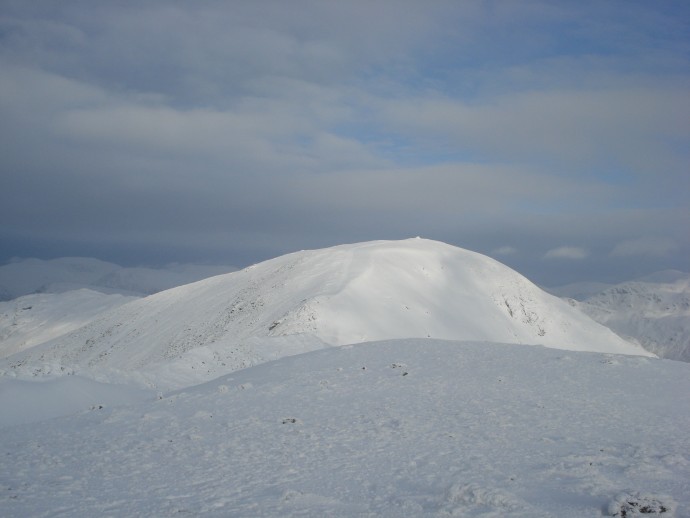 We then got a good view of the Bridge of Orchy Hills. 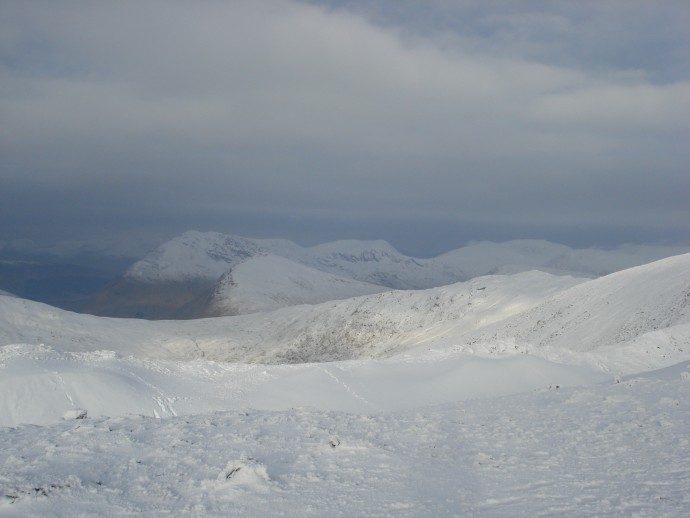 After 3 hours we were on the summit. 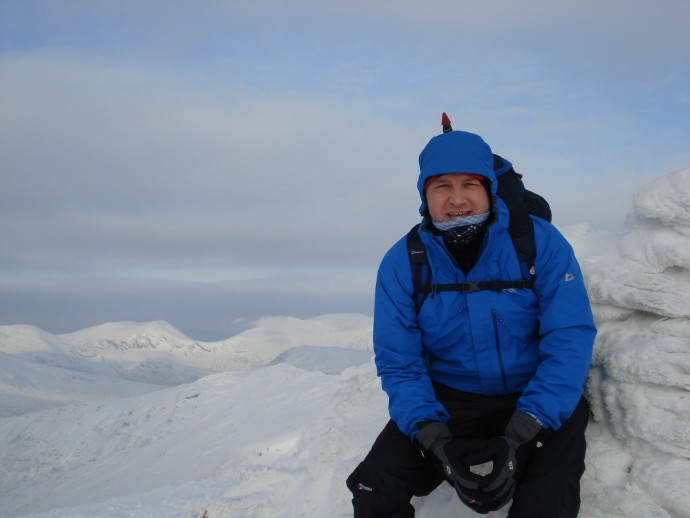 After a quick bite to eat we headed back down as it was freeeeezing !! 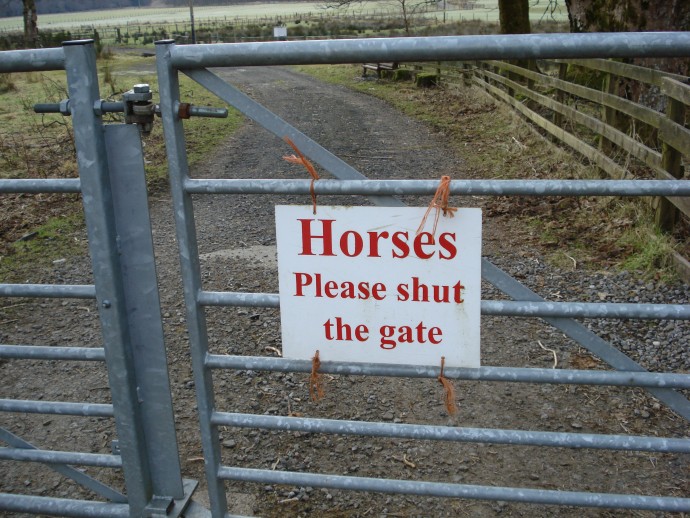 Very clever horses on this farm

After 5 hours in total we were back in the car and heading home. Another great day in the snow !!

Looks braw del,been some fine days this week,typically though the weekend no looking so good

Nice report del
The surounding hills look very nice, looks like a lot of snow still on the tops.

Great report & pics Del. I did this hill in clear skies. The vies to Ben More et al are fantastic. Love the sun up pic.

quoman wrote:
As pigeon says not looking good for the weekend am going up Ben Mhanach on sunday

Hi quoman. I'm planning on doing BM soon so am interested to hear how you get on with the river crossings

1 munro bagged and and part of the West Highland Way completed....lol

pigeon wrote:Looks braw del,been some fine days this week,typically though the weekend no looking so good

Thanks Pigeon. If you go out this weekend I hope the weather improves !

quoman wrote:Nice report del
The surounding hills look very nice, looks like a lot of snow still on the tops.

Thanks quoman. There is alot of snow still about !! Hope you have a good one on Sunday.

Great pics..as you say,this hill is usually a bog fest...its a nice walk but usually a wet one.Must have been fab walking it in the snow!...well done.

Your photographs are amazing, hope you're very happy with yourself. Your time lapse is forgiven

jonny616 wrote:Great report & pics Del. I did this hill in clear skies. The vies to Ben More et al are fantastic. Love the sun up pic.

Cheers for the feedback. Its great when you see the sun rise over the hills in the morning.

Meatball wrote:1 munro bagged and and part of the West Highland Way completed....lol

If Carlsberg made winter walking conditions

Great report. I was looking for winter hills to climb and this is deffo going on the list.

I first tried this one as a winter Munro - but got turned back near the south summit in blizzard conditions. Climbed it the following April. So it's good to see what it looks like in winter conditions (without the blizzard

Thanks for the feedback. I got the impression lower down that if the ground had not frozen I would of needed wellies or even waders !!