Three out of four in the Artic Monadh Liath

Three out of four in the Artic Monadh Liath

It is often quoted that the british feared the topography of his country as much as its inhabitants, it being given to "fierce blizzards which blew for days on end and spared neither man nor beast".

Well Eoghann is gone now and his country has been bought by absurdly rich foreigners who delight in building vulgar lodges along the Loch Eireachd shoreline to entertain Lizzie and her kept family ...however they is good at maintaining a track which the "cooncil" would envy and it helped speed us quickly past their vulgarity on our bikes toward Culra bothy, a bit more the style for Colla agus an Cú

We set off in early Friday afternoon with grand weather ! With two nights here my hope was to add the Carn Dearg - Beinn Eibhinn druim and Beinn Bheoil to my list.. while basking in Winter sunshine and snow.

Our first trick was the rope one Guiding bikes with 10k bags of coal strapped to the handle bars was no easy however i was not going to see if the ice would take the weight.... although and Cú skitted over he is a wee bit lighter

We had cráicing views to Beinn Eallair and Geal Charn It took us 2.5 hrs to bike in ,i'm no cyclist and it is real hard on the tón, however Culra is 1st class accomodation and we bagged the room with stove and were soon sitting at the fire with a dram and a meal.

..so we stayed in apart from wee forages to collect bogwood ....maybe Sunday would be better

We left the Bothan about 8.30 and quickly hit the (fresh) snow line heading onto Carn Dearg with poor visibility spindthrift and snow flurries

soon we were "air a mhullach" Its a bleak plateau up there in that conditions so we did nt hang about ,took a bearing to Aonach Beag when gradually the view cleared 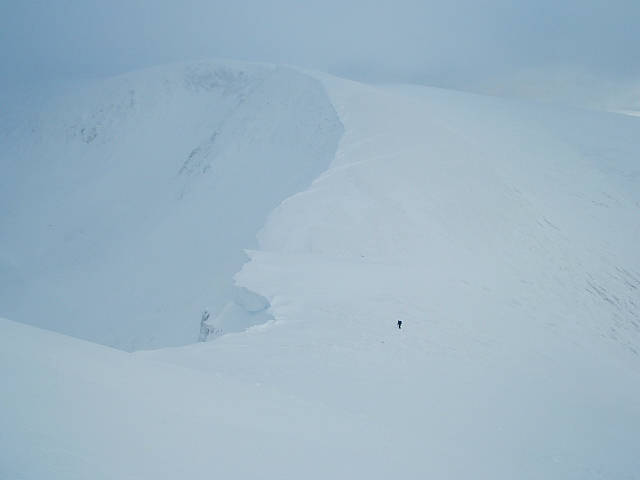 So quickly "air a mhullach" 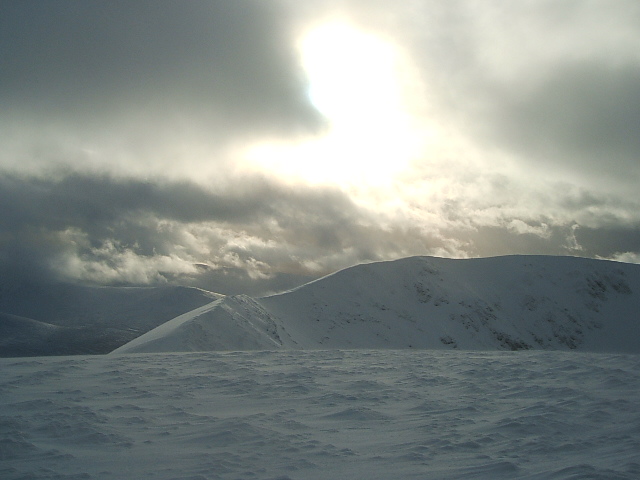 By this stage it was 3.00pm the deep snow and difficult conditions had us deciding to leave Beinn Eibhinn for another day a wise decision as an t-side turnde once again once we were sios a coire 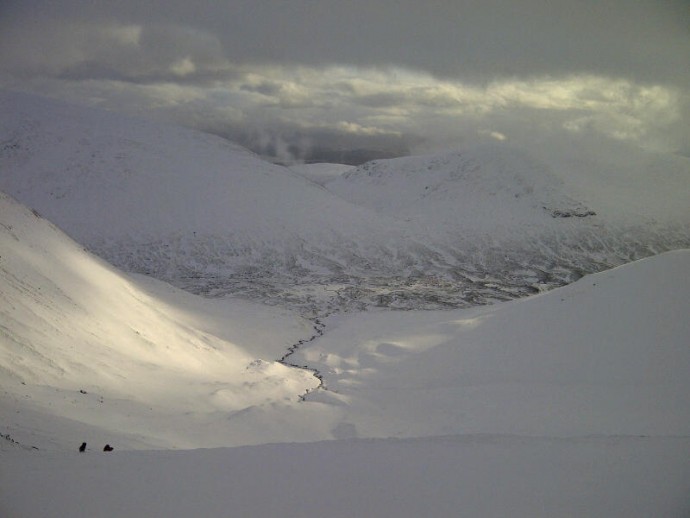 By the time we reached the Lairig Dubh it was snowing again ,its a long, long rathad back to Culra to boot and near 6 pm when we arrived back in the dark and murk.

. After a pleasant last night in Culra we woke in the morning to aye you ve guessed it A bold effort in those conditions,3 out of4 ain't bad

Aye, it's a great effort for 3 Munros with that inclement weather agus I am sure you feel they are 3 well-deserved hills.

Thoroughly enjoyed your report, as always, and some great photos

. Love the snow pics especially at the bealach

kevsbald wrote:Aye, it's a great effort for 3 Munros with that inclement weather agus I am sure you feel they are 3 well-deserved hills.

indeed be a pain going back for Beinn Eibhinn though

Nice! That certainly looks like proper dusting of snow!

some fantastic photo's liked the bealach one the best,the cornice looks huge and the dug looks good tae.

some fantastic photo's liked the bealach one the best,the cornice looks huge and the dug looks good tae.