as the weather forecast was promising and we havent been to the hills for quite a while, we decided to have a wee, warm up walk up to ben vrackie.
i must say we were really desperate to have a trip finally, the more we welcomed forecast that said that the cloud base will be well over 800m, great

we left waking up to sunshine edinburgh and drove up north. as soon as we reached dunkeld strange thing happened -sunshine disappeared and gave place to grey mist! well, we were in kind of a dip, i thought, it will clear up, definitely...
pitlochry was a wee bit better but as soon as we approached moulin the greyness was everywhere around. after a short slide up the frozen road we got to the even more frozen car park. for a minute i was quite worried how on earth am i going to get out of there! but i decided to leave worries for later

path going from the car park to the moorland was at first all covered in ice. i really struggled going up as my feet were absolutely out of control 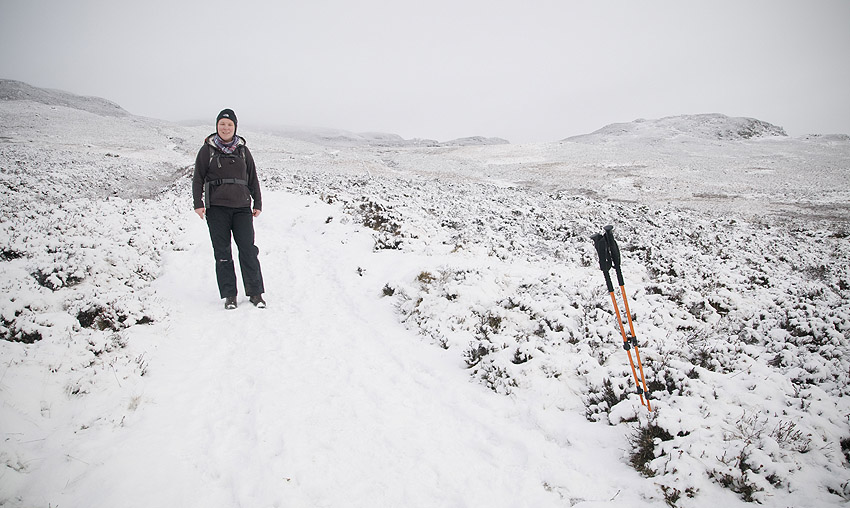 the only disappointment was the visibility. clouds didnt seem to have read the forecast (!!!!) and whole time ben vrackie was more or less covered in misty, wet, foggy, grey cap. 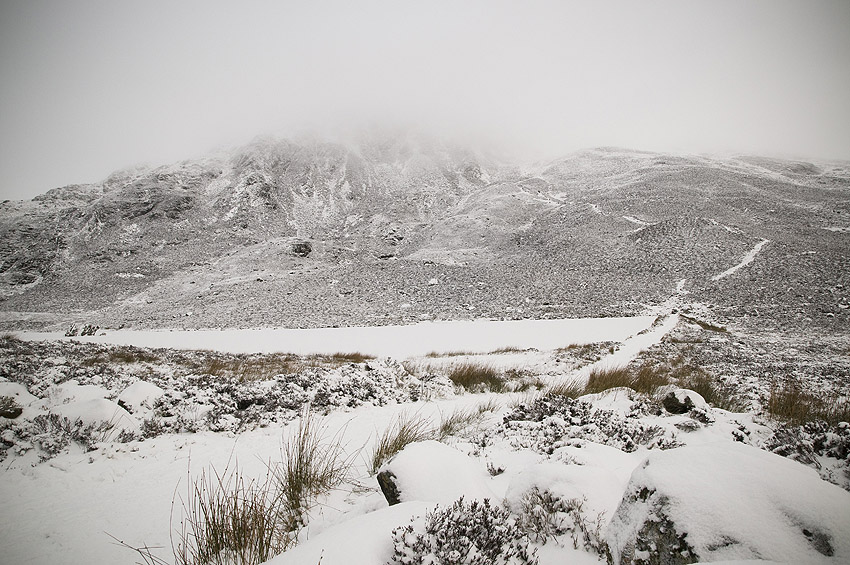 to be honest from the morning it was getting only worse and worse. at first i hoped it might clear up little bit, but soon i gave up all hopes.

i tried to take some pics, but everything just seemed to be a big, grey, shapeless. actually, apart from the ones which we appear on, pictures seem to be black & white, for example this one. it's a full colour picture 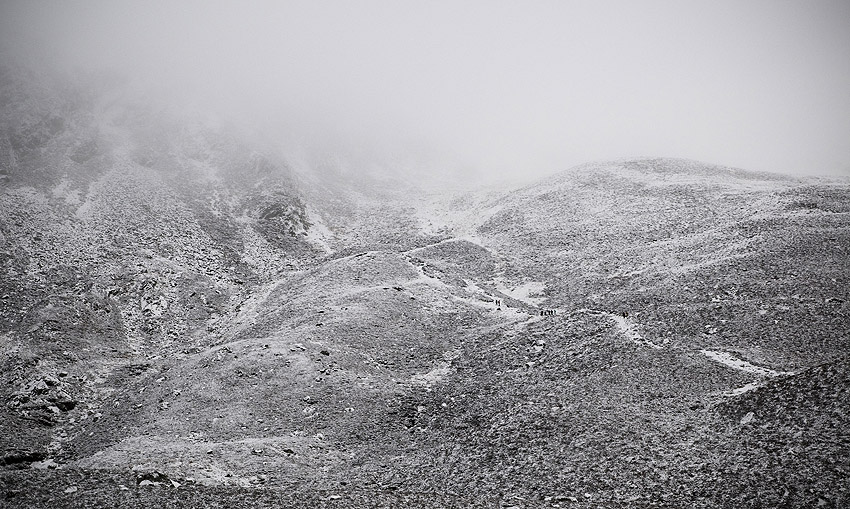 oh, and here is the person to blame for leaving SUNNY edinburgh for the sake of greyness, me 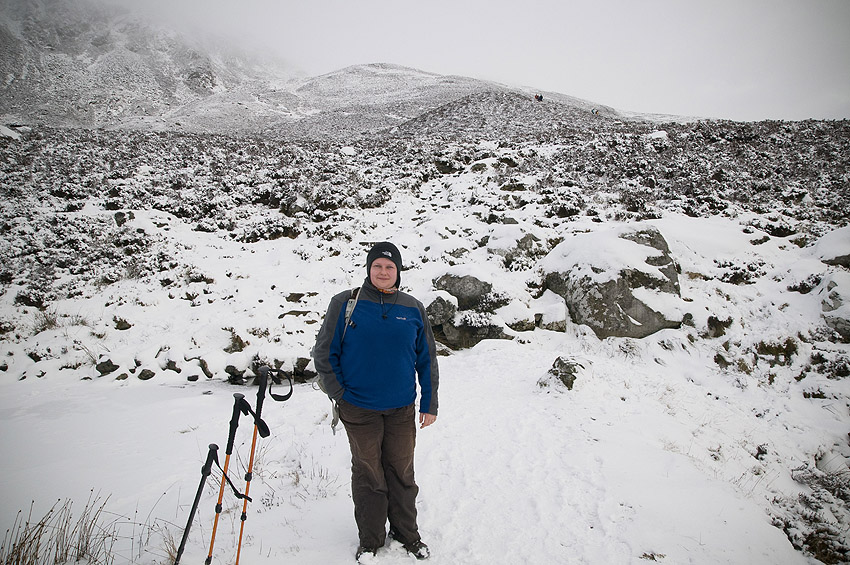 as i can see from the amount of reports from this walk and also what i saw on the day - ben vrackie has been a very popular destination recently. we met dozens of people, honestly. well, apart from the lack of visibility the day was nice - very quiet wind-wise, very enjoyable. but the crowds of people which started walking up the hill (many of then came back after checking the conditions higher up) just made the path slipery and more difficult to follow. i guess for going up it was ok, going up is always easier, but for going down we actually wore the crampons. few people just slid down on their bottoms. 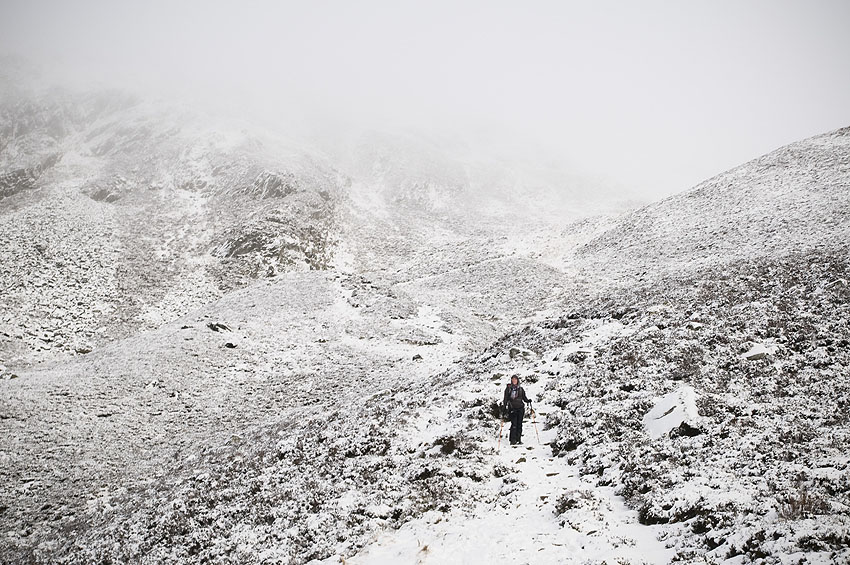 that's before we entered the cloud 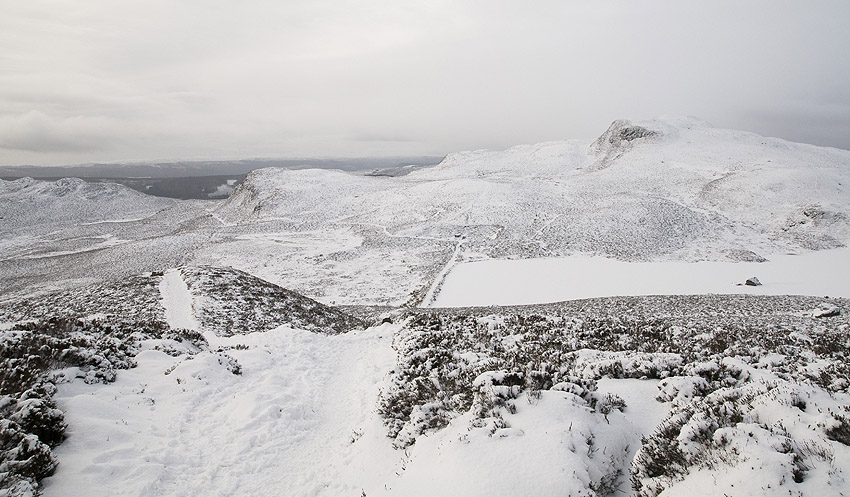 and that's after we entered the cloud 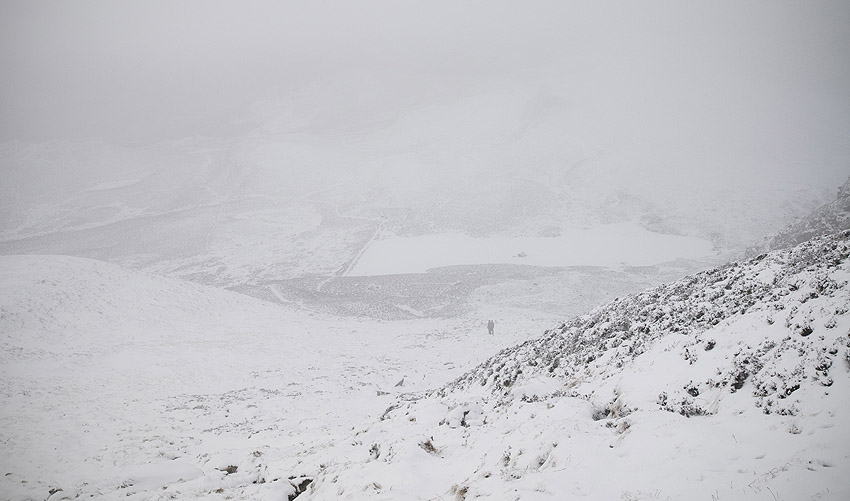 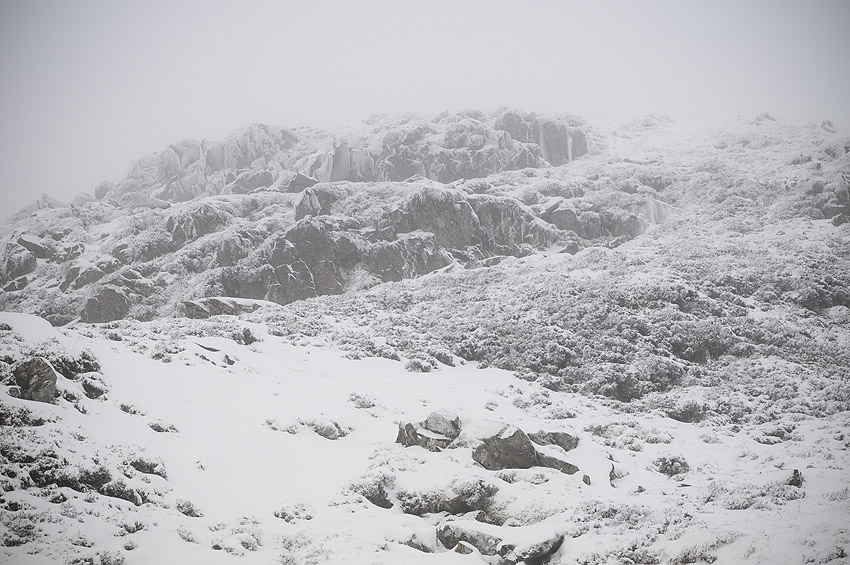 just before the summit, snow got deeper and more frozen and unfortunately wee bit more difficult to walk on as it wasnt hard enough to stand our weight. 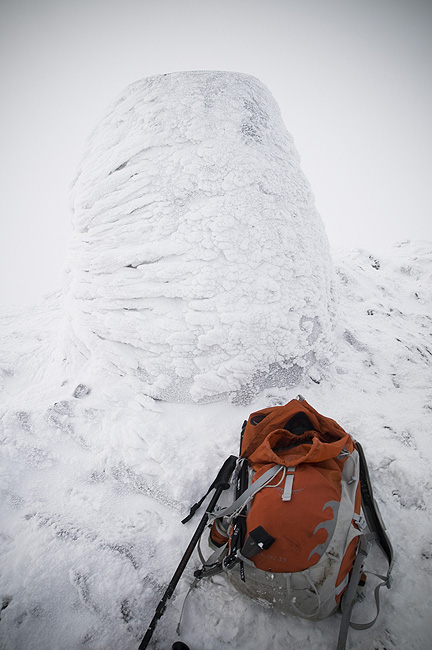 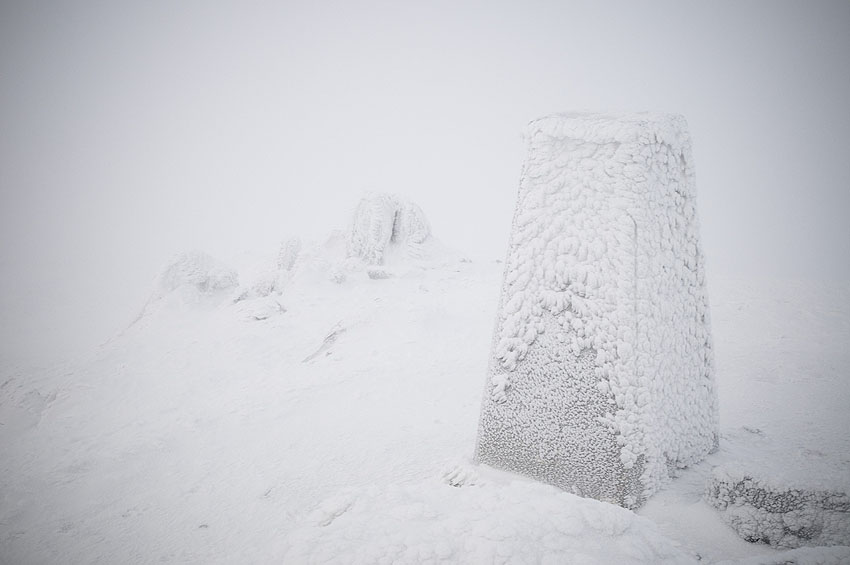 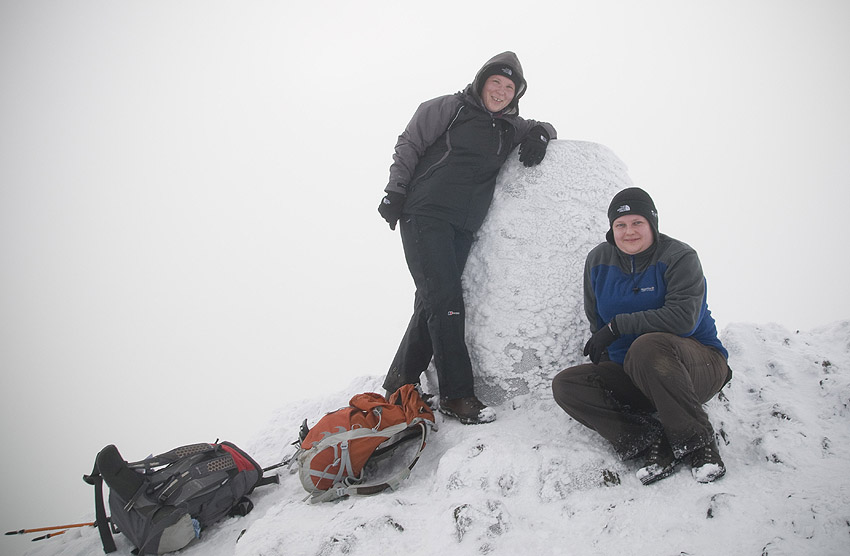 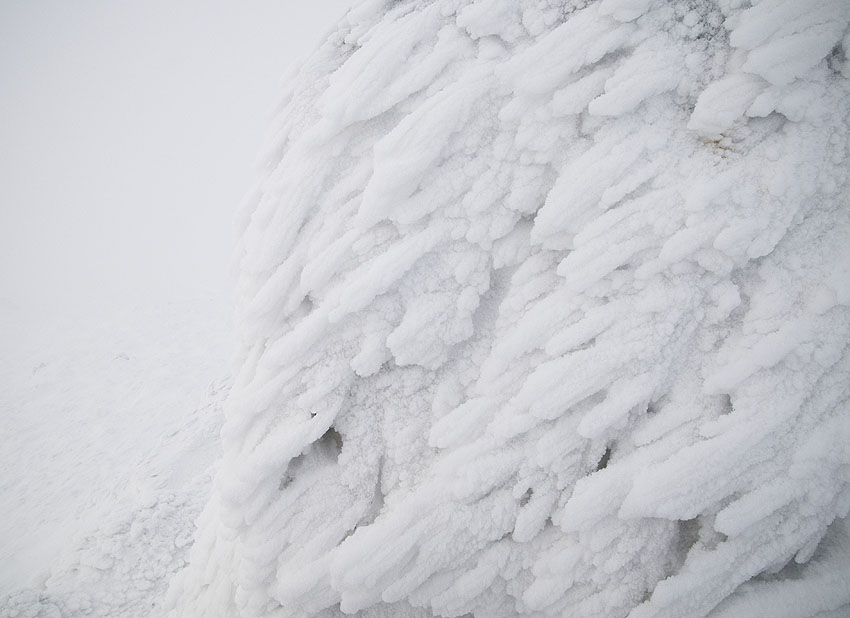 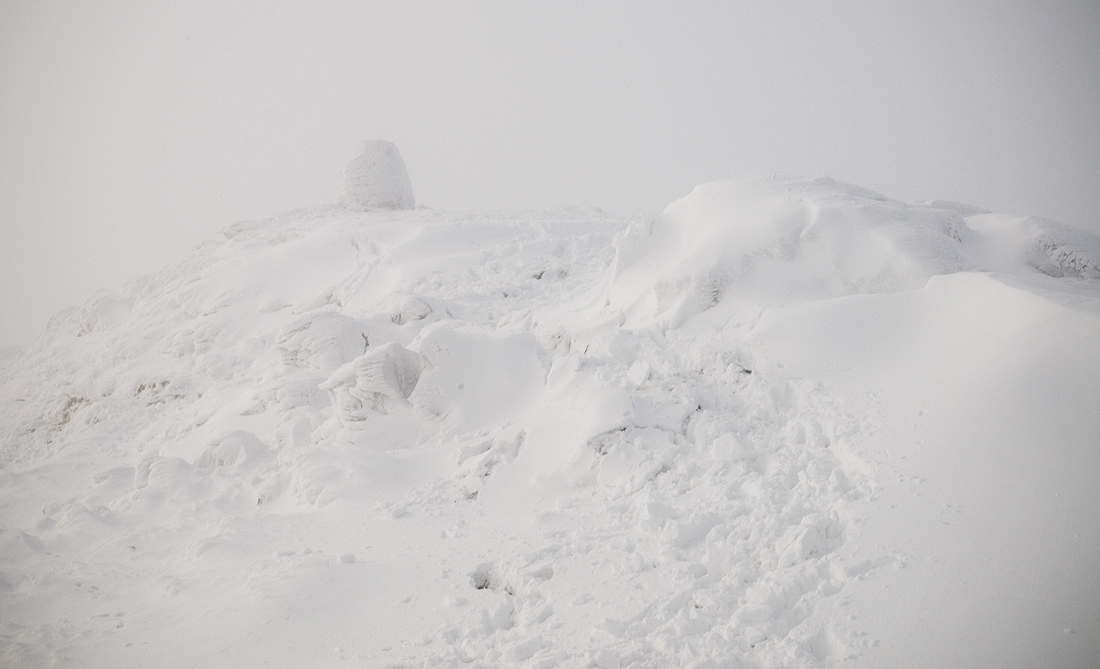 and all we could do was just imagining the views we had when we visited ben vrackie last time... Interestingly i could have echoed the same report two days later (see mine, mental!!). I went and bought microspikes after going out as i was like the silver surfer gliding down the hill, Think you got some better snaps than me, Good report

Nice report Blueyed
the photo's are fine,and its better to do something than sit in the house