Me and my mate Gregor (gman27) headed off early doors this morning and tackled Ben Lui & Beinn a'Chleibh. Although we were a bit apprehensive at first after reading about the river crossing it turned out to be a great day on the hills and probably my most enjoyable Munro to date, even though it was misty most of the time. Ben Lui was also a personal milestone for me albeit only number 25.

We parked up in the carpark off the A85 and were on our way at 8am. On approach to the burn we decided we would cross it directly in line with the car park and get it over with. Gregor opted with the straight through approach with boots and gaitors on whereas I went for the shoes and socks off and tip toe through the water which was alot colder than I was expecting!

After we were both safely across and I had got back into my boots we made our way over the railway and up the forest path. This path is very boggy in sections and occasionally we had to veer off the path to avoid deep bits. There is one section you get to where it looks like the path goes straight on but you are actually supposed to cross the burn, luckily we spotted the blue rope someone previously had tied on to help with the crossing and made our way over. All in all the forrest section is failry easy going.

Once out of the forrest we were getting the odd view through the mist but it was very brief at best. We headed off to the left to tackle Lui first following the route provided on walkhighlands. 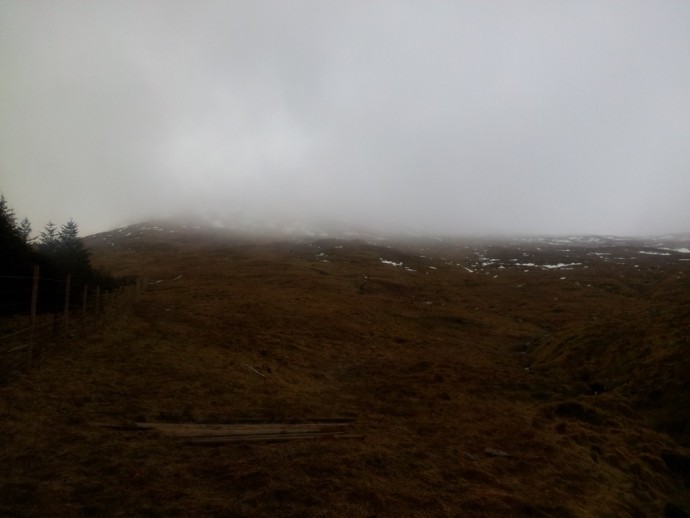 Route up towards Lui 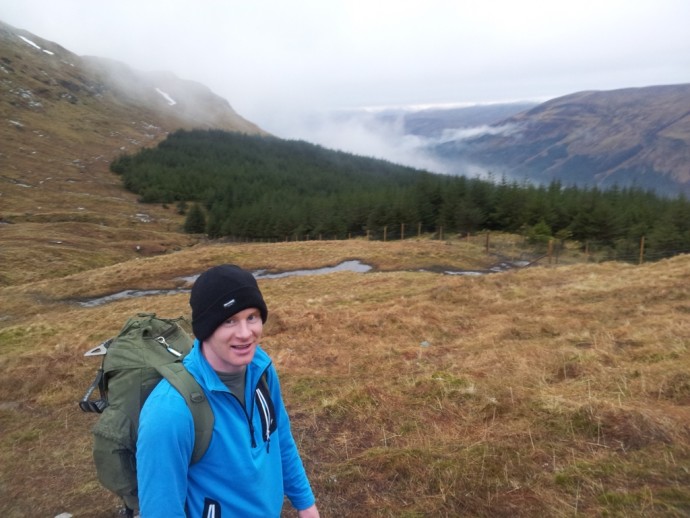 Soon we were above the snow line which was fairly thick in places. There was no wind or rain and the temperature felt mild which made it a whole lot more enjoyable from the previous few weekends. 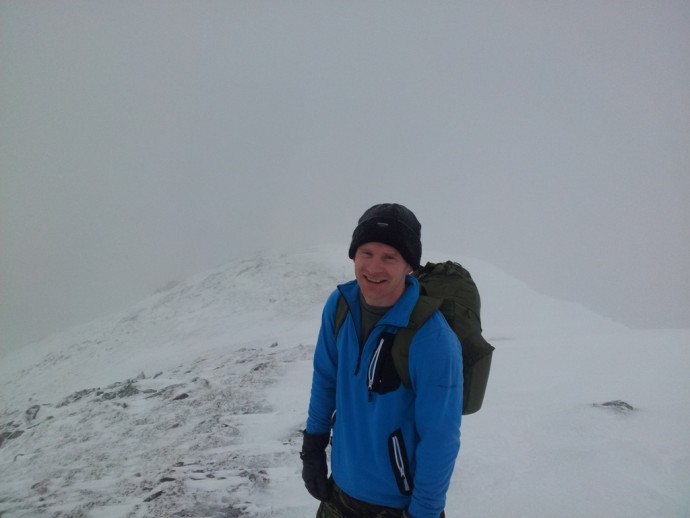 Me enjoying the non view

Eventually we made our way up through the last craggy section and on to the summit cairn. Still there was no wind so for the first time in ages we actually sat at the top and had a bit to eat. The last section was great, loads of crags and drop offs and lots of snow. 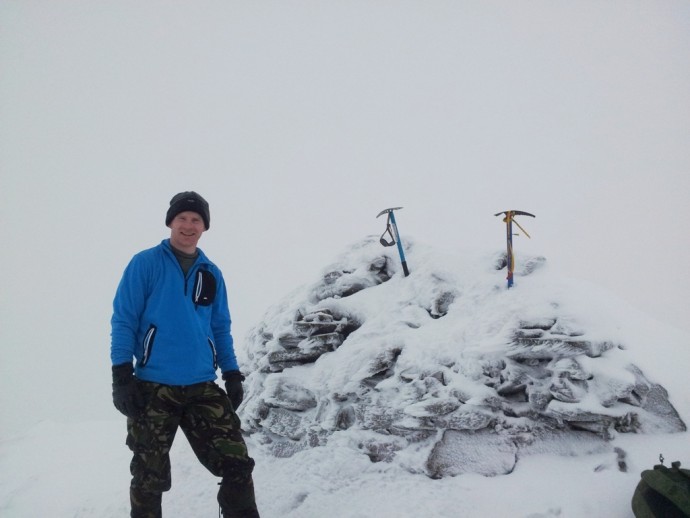 When we were all packed up and ready to go we started making our way across to Beinn a'Chleibh. From the summit cairn on Lui you retrace your steps briefly before veering off. Alot of height is lost very quicly through this section. Once down to about 850m we were headed towards Beinn a'Chleibh through the mist. Eventually it came into view and we started our re-ascent. This section was really tough on the old legs and both my thighs ended up throbbing. The fact that we were sinking into deep snow with every step wasnt helping the energy levels either. Luckily this one is alot lower than Lui and we were soon at the top. Shortly after we arrived at the second summit the mist and cloud began clearing and we started to get views in all directions. Not completely clear but pretty cool all the same. When Ben Lui came into view it was a shocker, it looked so ominous. We couldnt believe we had just came down it! 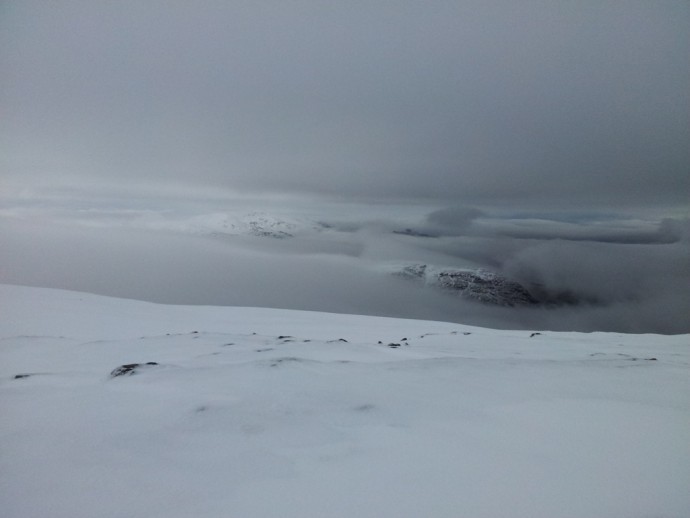 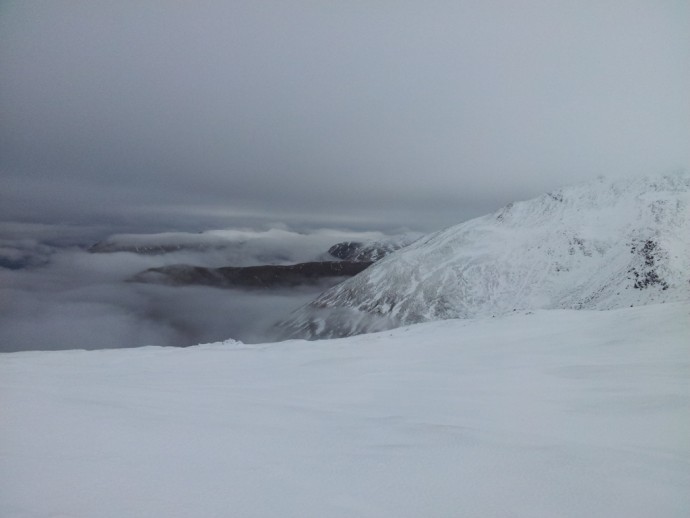 After another bite to eat we bagan the journey back to the car. The initial section down from the ridge between the two hills was mega steep and the snow covered wet grass caused a few comedy falls from each of us. Did we just ome down that!! When we got back to the river I decided I would give the fully booted crossing a try, big mistake!! Both my boots filled with water so I had soaked feet all the way home

Thank goodness I never tried that on the way up! 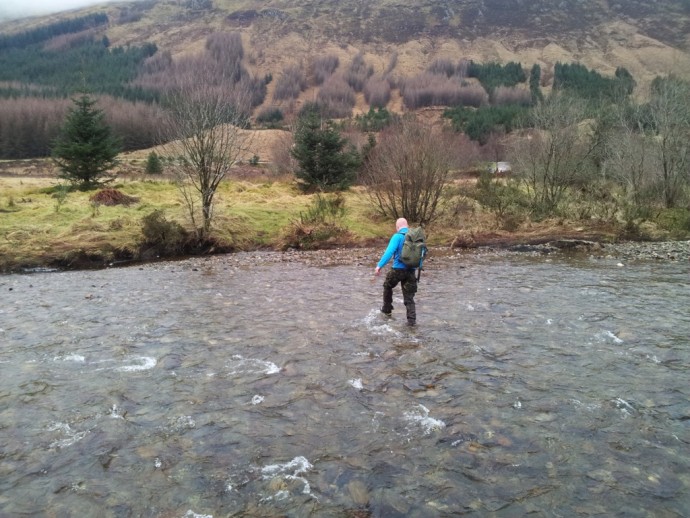 This is definately a Hill I will be making a second visit to on a clear summers day, very enjoyable indeed.

Good effort. Well worth it in summer - here a summit view. 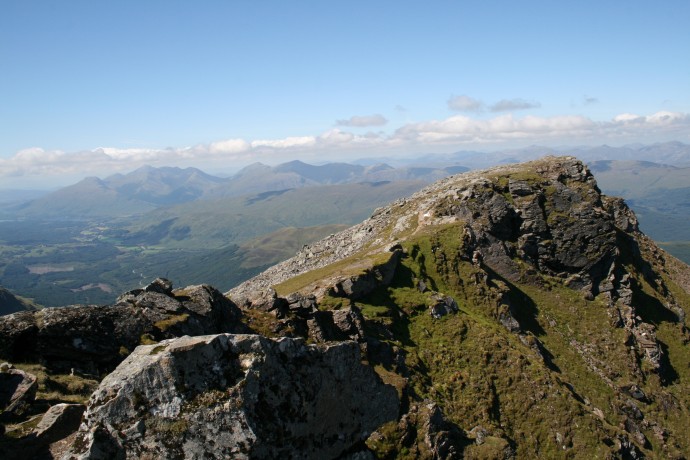 and your route to Beinn a'Cheibh 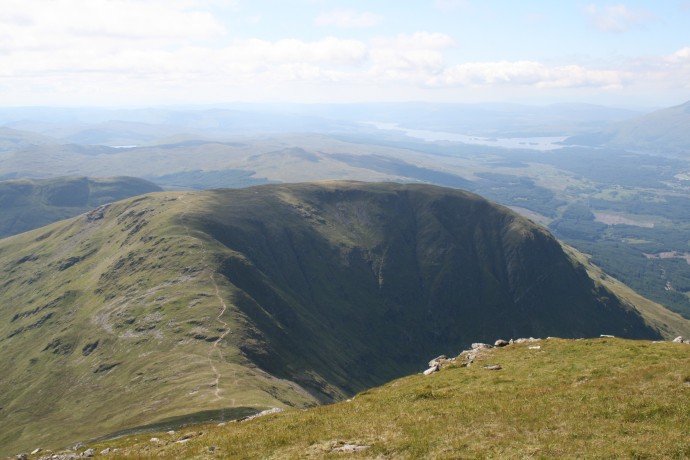 Nice report m8 and pictures turned out great
As you said this one will def get done again...........when we're compleaters tho!

Excellent report with some good photos. Ben Lui is impressive when you can see it

monty wrote:Excellent report with some good photos. Ben Lui is impressive when you can see it

Great report mate. That river crossing makes it a summer one for me. Must be a good one if you plan to re visit.

smiffysmc wrote:Great report mate. That river crossing makes it a summer one for me. Must be a good one if you plan to re visit.

Cheers mate. Dont let the burn put you off. Its shin deep at best so just take something to dry off and its easily crossed in your bare feet. Just dont do what I done on the way back and think your gaitors will stop the water coming in

Nice report, definitely worth a re-visit on a better weather day.

Ben Lui is a steep hill from any direction but looks so much more scary with a bit of snow on it, glad I did it in summer.