Finally a wee report of our plod up Beinn Bhuidhe in dreich conditions, the same day a few from here had a glorious day on Bynack More

The walk-in along Glen Fyne was fairly uneventful other than the obligatory stare-out with the broon coos!! We arrived at the old cottage where we would hit the slopes just in time for the drizzle that would stay with us for the remainder of the walk!! We opted to follow the path on the left side of the stream,where there were many mini waterfalls in full flow. Eventually we got to the scramble as described in the WH route, I opted to go first, and being a bit of a short arse, I found it tricky when facing into the rocks, so readjusted myself to face outwards and swung my left leg over the awkward part. Once safely over I could see Del Boy wasn't having any of it (no wonder, after the fuss I made of it

), so he opted to head up the steep grass above, which meant him then having to descend another 100 or so feet back to the path. Me? I had a great view of the big waterfall that cascades down at the end of the gorge. This would be the highlight of the day!!

Where the ground levels out, the path becomes very indistinct, so much so that we lost it

So we took a rough bearing and followed this and eventually rejoined the path before it started climbing steeply towards the summit ridge, at one point we came across a large snow patch about 3 feet deep with a large crack in it where the path was, after a bit of poking and prodding to ensure it was stable enough we passed through the crack then up the side of the snow patch. From here it was a straight forward walk along the ridge to the summit, where I believe there are fabulous views to be had

We descended as per the WH route, and picked up a feint path on the opposite side of the gorge from which we had ascended, both of us landing on oor bahookis several times due to the wet slippy grass.
We visited the wee Bothy on the walk back out of the Glen, where a handy buckie bottle doubles up as a candle holder, is anyone owning up to being the previous owner????

A long walk on a dreich day with no views, although I would imagine it must be a fabulous walk when the weather behaves 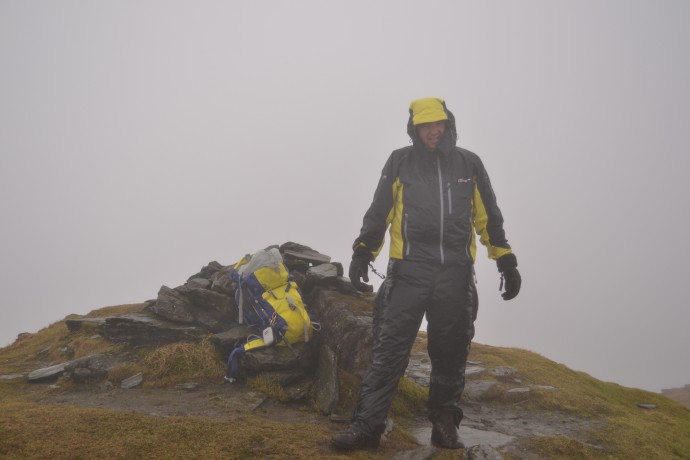 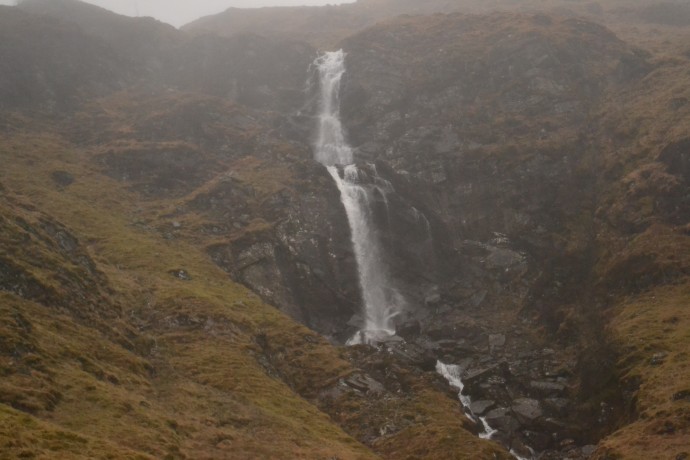 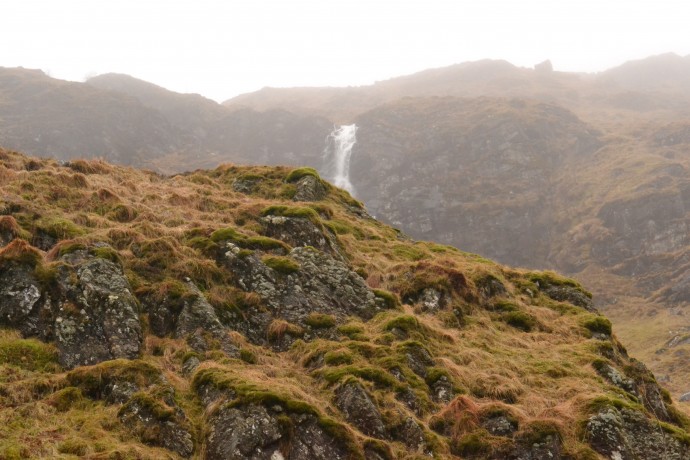 I have no idea why the photos are backwards, must take after the author

At least you got some interesting and atmospheric photos, Dave

lomondwalkers wrote:I have no idea why the photos are backwards, must take after the author

great stuff LW, better luck next time with the weather

Good report and I like the pics. You look pretty wet on the summit !

Definitely one for the bike...especially on a dreich day

...ah well, at least you had an enjoyable day - cheers

Fair to say a few bevvies were sunk on our return Gavin!

It didn't feel too atmospheric staoting about in that weather Susie

Judging by the reports on here JC, these views seem to be the norm on this one!

Cheers Chris, I'm sure deep down you really miss days like this!!

Cheers Del, i think drookit is what we were by the summit

Just makes the good days all the more enjoyable Smiffy, i think we just visited the bothy to break up the walk out!

Its probably one I'd do again on a decent day RH, providing i take the bike, should be worth it for the views