2 Munros and a Corbett before lunch

2 Munros and a Corbett before lunch


Forecast wasn't too bad for the day (light rain, winds not above 70) and when we parked the Munro summits could just about be seen with only small patches of white on the hills. So, despite my spending last weekend in Cairn Gorm corries doing a Winter Skills training course, I decided to leave the ice axe in the car

Started with the Corbett, where the ground was quite boggy and there was no path up here, but it was a good warm up 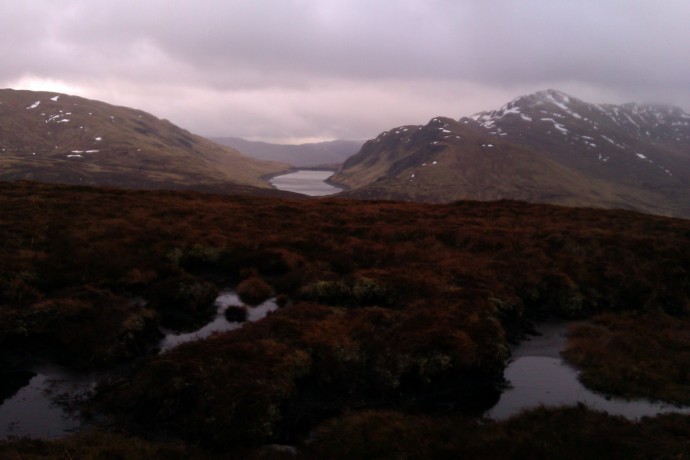 
Cloud was moving around so there was hope our final summit would clear before we got there. More or less took a straight line down from the Corbett, across the river and up Meall a'Choire Leith. Saw some deer way ahead near the top of this hill but hard to pick out in the photo! 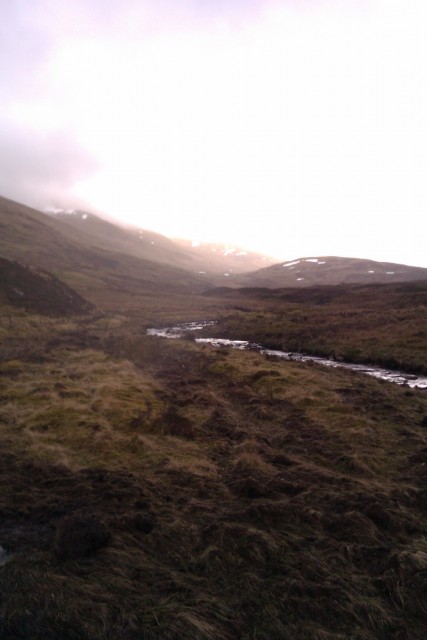 route is just straight up (deer near the top)

First of the Munro summits was in cloud though I could briefly pick out snow patches on the hills beyond. There was a short ridge path across to the second Munro. The climb continued through the clag and up over a patch where I should really have taken out my ice axe 'just in case'... I could almost hear last week's instructor shouting in my ear as I carried on in my softer-soled boots without crampons or ice axe [in my defence, there wasn't a treacherous drop here and there were only a couple of small hard ice patches while the rest was still soft enough for me to get a good foothold should have been prepared for this!

Then another short ridge up to the summit 1pm at the summit of Meall Corranaich, sun tries to break through 1 second ago you could see the summit up there!

How was the boggy bit?plus nae bum slides canny believe it

Nice one Fipriestley. Good effort adding the Corbett to the two munros. Shame about the clag but you take your chances so well done on getting out.

Well done Fi
I'm struggling to stay in front of you! Must get out saturdays and sundays!

Pretty soggy quoman, but not unbearable. Reminded me of walking over semi-packed snow where every few steps you sink down a bit! Got plenty slides in last weekend

monty wrote:Good effort adding the Corbett to the two munros.

Thanks Monty - the Corbett gave the best view from the top! Definitely worth doing

scoob999 wrote:I'm struggling to stay in front of you! Must get out saturdays and sundays!

I had to sleep most of Sunday to make up for <4hrs before this outing (and another night out right after it)... still find my hobbies clashing slightly

A fine report of a fair old wander, real shame about the weather, I had to laugh when I read "Forecast wasn't too bad for the day (light rain, winds not above 70)" I remember it well