It was a fairly nice day, albeit a bit misty, as we left the car in the car park a short distance from the start of the route.
We headed across the road and down towards the stone bridge which crosses the stream.
We started up the path which runs alongside the stream and as we looked up the Glen we could see the dome of Carn an Tuirc in the distance. 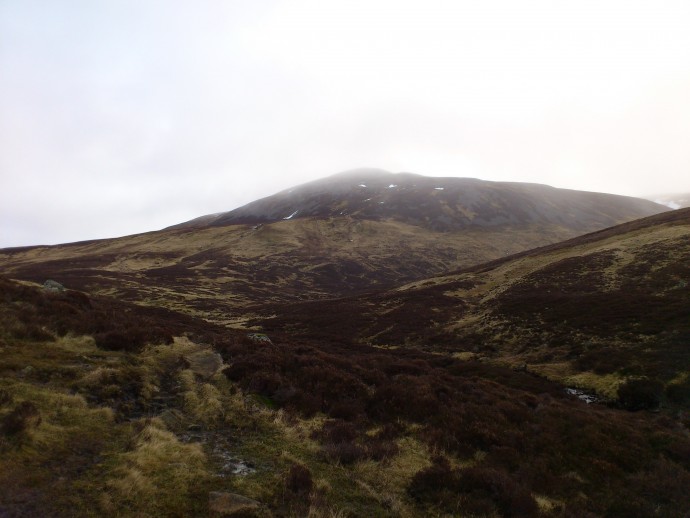 It was quite boggy in places but our boots done us proud and kept our feet dry! 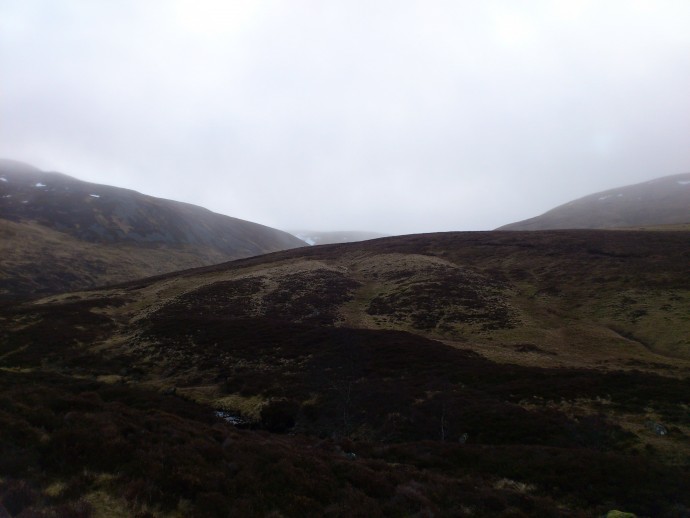 We made good time up until we started to tackle the steeper slope of Carn an Tuirc with a lot of loose stones hampering us somewhat, but we got up and had a wee stop for a drink at the cairn.
The mist had come in now and the visability was poor but as I looked over the cairn, for 20 or 30 seconds, a gap in the mist appeared and I managed to get a shot with the camera before the gap once again dissapeared. 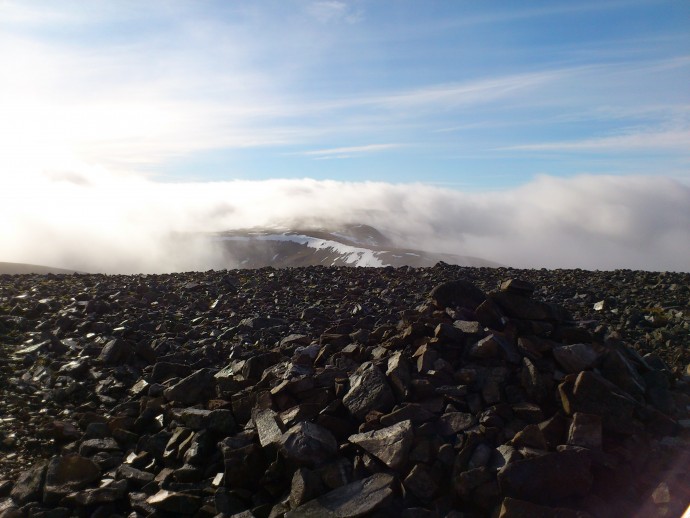 We started off again and after a fairly dull walk I have to say, we started on the approach to our second summit - Cairn of Claise.
As we could see the dyke of the old county boundary in the distance we spotted a small heard of wild deer up ahead but before we could get the cameras out they ran off to our right.
We also spotted a couple of white hares as we walked on.
Soon we had Munro number 2 under our belts with Sean and Doug doing the honours at the cairn. 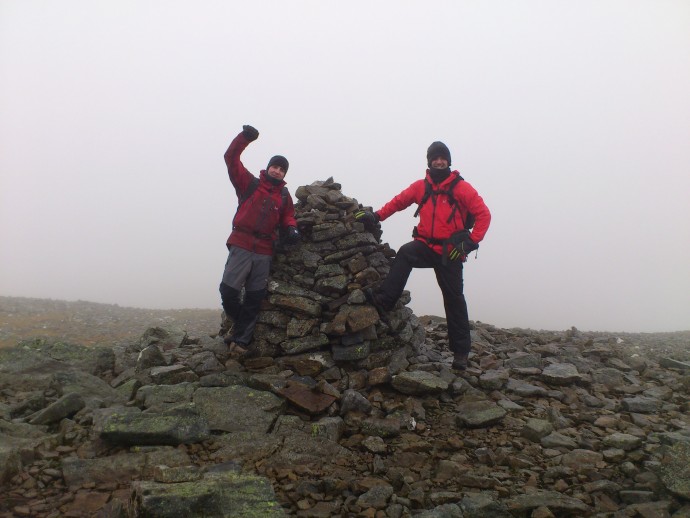 We headed down the wall for a bit until we found a spot for a quick bite, and I noticed the edge into the the Glen below would maybe of provided a nice photo?? if it wasn't so murky!!
We set off again towards Glas Maol which proved to be a bit tricky, as the mist was really hampering us and the drizzle was making the walk slightly tedious.
The three of us must of looked thouroughly miserable if anyone had passed and the walk seemed to go on and on......
We found the summit (after a couple of wee detours

) and decided to plough on to our final Munro of the day.
Another wee detour followed (map reading skills got a workout!) and we soon found the rather impressive looking Creag Leacach. 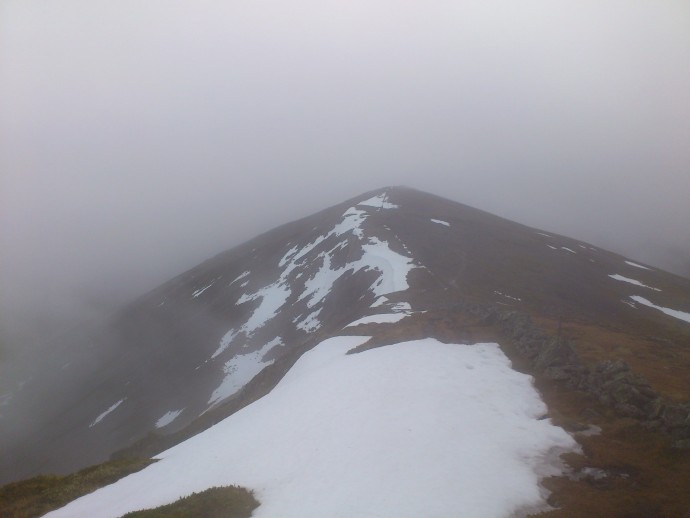 Its mass of loose stones were a bit of a challenge but we got up and had a wee rest.
The downhill part of the route was tough too, by now the three of us were tired and very wet and the steep down section was not great on my knees!
It seemed to take forever and crossing the stream nearer the bottom took a while as we hunted for a decent spot to leap from.
We reached the road and looking up and seeing the long slope up into the mist in the distance seemed an age away, but we just kept going and a hot cup of tea from the cafe at the Glenshee Ski Centre helped us reach the car and clean, dry clothes.
Very, very tiring but looking back now, very enjoyable.

Good effort Stug. I was further North than you and still in the clag and light rain. It makes for a miserable day but look on the bright side. Thats another 4 bagged

Yep, Monty.
At the time, after 8hrs of walking you find yourself thinking, what the hell am I doing??
But, the day after, I find myself looking back and thinking that it was a good day.

So good in fact, three friends and myself are hitting Ben Macdui this Sunday.
Where where you??

When you get the good weather and the cracking views it makes it awe the better.