Having for one reason or another not made it up a munro since Schiehallion on the 15th January, I decided to opt for these two as they have a relatively high level start point and because I had been up Ben Lawers in the summer of 2011 and thought this looked like a nice walk with good views.

So Ruby and I set off just after 7am this morning and arrvied at the layby at 8am. MWIS and BBC suggested little precipitation and 70% chance of cloud free summits but it didnt look promising when we left the car with the summit of Corranaich covered in cloud. (Decided to tackle that one first as I really didnt fancy the long walk through the bogs to Choire Letih). This turned out to be a good choice as it really wasnt that bad on the way up especially once i found the path following the old fence line.

We were the first car at the layby although I had noticed another car parked further down towards Lawers. Sure enough I spotted a chap further ahead of us zigzagging across the bog ( a little later to be introduced as Ian). Through luck more than anything I seemed to have found a better route than Ian and finally caught up with him at the summit of Corranaich. I really enjoyed the final steep climb up to this one. Very cloudy, windy and atmospheric - could almost imagine I was tackling the Hilary step!! ahem maybe not...

So after some quick introductions we decided to head to Choire Leith together, with the route covered in light snow and shrouded in cloud. With 2 GPS, and a map and a reasonable experience between us surely we couldnt get lost??? WRONG

....somehow we managed to head round to left missing the ascent path to the right. After about 0.5k we realised our mistake and back tracked. The cloud also cleared at this point giving us an unmistakable view of the route we should have taken. Duuhhh!!!

I was surprised how fresh I felt and found the climb up to the second top not that bad...no worse than going up Dumyat in Stirling which I have been using as an outdoor Gym recently (walking it 3/4 times a week at the moment). I used to go to a local gym, however after a couple of years I got seriously bored, especially as (certainly at the gym I used) NOBODY talks

which as anyone who enjoys the hills knows is very unusual... unless of course you meet a "serious walker"

. Glad I havent met too many of those so far.

So we made it to the summit around 11am. After a few quick pictures we decided to head down to the Beallach before having a bite to eat and tackling the trudge back to the cars.

The bog walk back was not pleasant but I definitely prefer it at the end and not the start. Think Ian and Ruby did too!

So back to the car at around 1230, home for 130pm and the MAN U v Spurs match. Another cracking Sunday. All I need now is for Mrs 2D to give me a nice back massage later....here's hoping 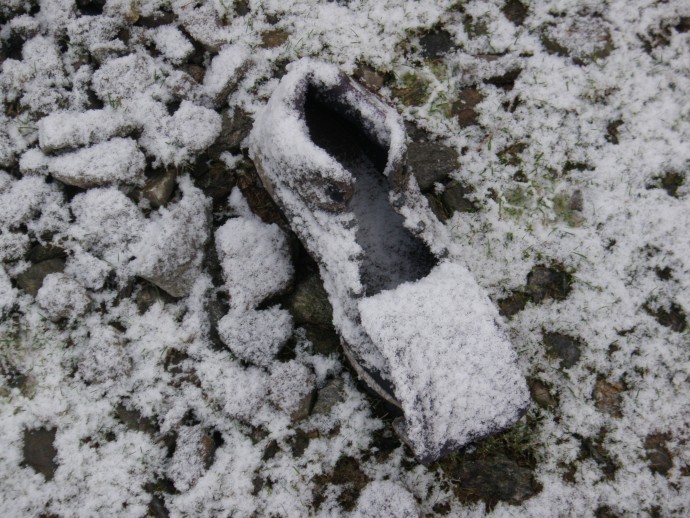 maybe the other shoe from Matt-18's report. found it at the layby

looking up to the lower slopes of Corranaich the final climb up to the corranaich - steeper than it looks Now how did we end up way over here!?? the approach to meall a'Choire Leith - nice cornices too! 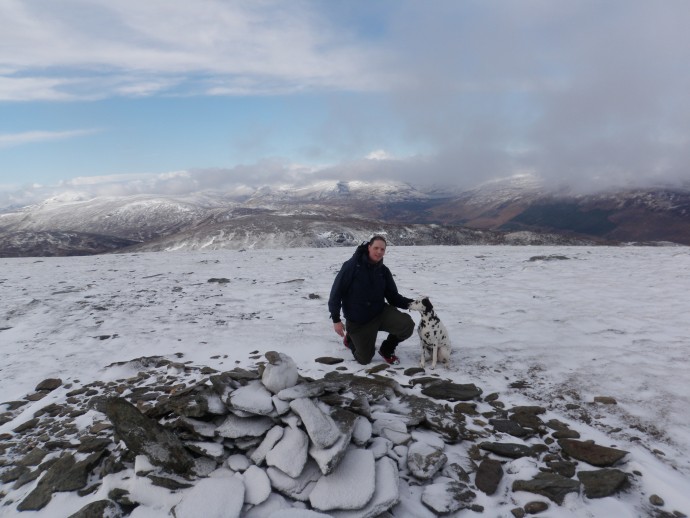 and another one for Ruby's scrap book

some blue sky at last!