Second outing of the year and was flying Han Solo this time. Our little group (that I have been going out with since 2004) is starting to fragment as many are nearing the end of their first round of Munros.

The first completed round is scheduled to be on Skye in June (which after careful planning coincides with a fellow walkers daughters wedding on Skye so should be an eventful weekend).

I perhaps was being a tad ambitious thinking I may take in Ben Vane, Beinnn Ime and Beinn Narnain on the one go after just getting back into (no pun intended)

Only managed Ben Vane in the end. I parked at the car park at Inveruglas and followed the path up past the Power Station towards Coiregrogain. 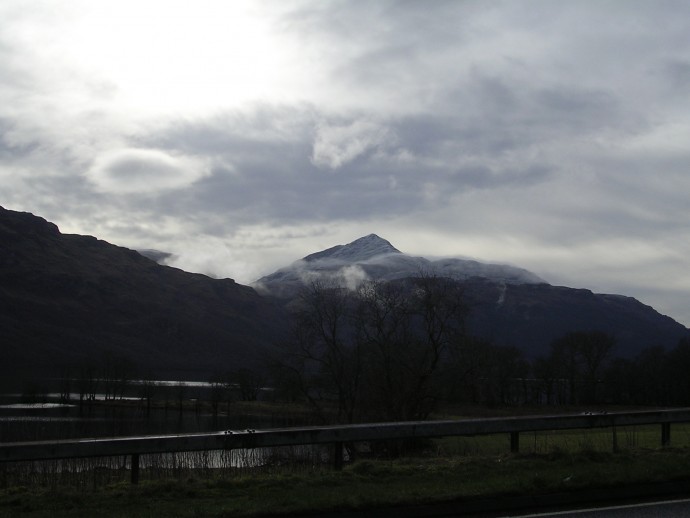 Ben Lomond from the A82

Taking the obvious path I started the pull up towards Ben Vane. Ben Vane (on the RHS) It was very boggy but the sun was beating down and it turned into t-shirt weather.

About 3/4's of the way up, the weather started to turn and that t-shirt weather turned into full winter gear as the blizzards came in. 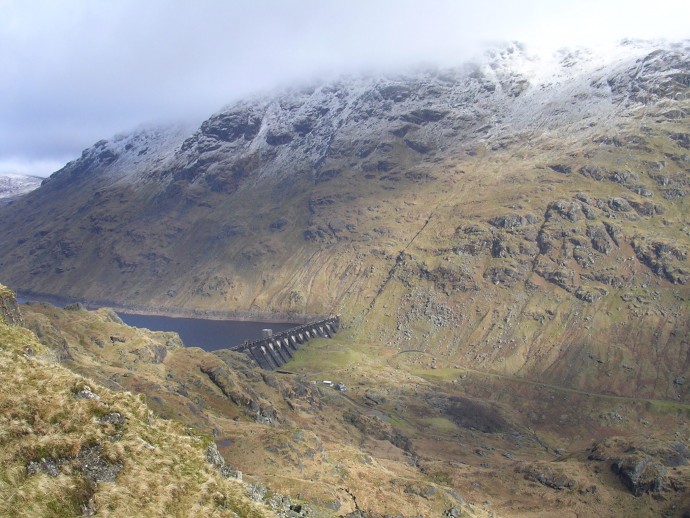 The ice axe was out which came in very handy towards the final pull to the summit. I lost the path in the snow and ended up scrambling up over some large slabs. Very windy on top so only stayed for a brief moment before heading west off the top to catch Beinn Ime.

After descending down the very slippery and steep west side of Ben Vane I could see the big drop and the pull up to Beinn Ime and decided to call it a day and leave these two for another day (perhaps with the Cobbler!)

Followed the river down towards the forest and then picked up the path back out the way I came in.

Back down on the path, the sun was back out and it was a glorious walk back to the car. Ben Lomond from the bridge at Coiregrogain

Love the pics! Ben Vane was my first (and so far only) Munro, and I wasn't able take pictures because I had dropped my camera into a stream a couple of weeks before.

Glad to be able to relive the climbing experience through other people's photos!

Great stuff SB, looks like a cracking day (even if a bit chilly up top

) you got some lovely shots along the way too, that first one in particular.....beats dropping your camera in a stream

Good pics, really enjoyed Ben Vane when I done it, the views in all directions were brilliant