Cruachan Out And Back From The East

Cruachan Out And Back From The East

our_route.gpx Open full screen  NB: Walkhighlands is not responsible for the accuracy of gpx files in users posts
MWIS says 90% chance of cloud-free Munros so it's Cruachan for us! I'd been looking at ways in from the north but really wanted to do that in snow. Gary suggested going in from the east up one of the ridges, and returning down another east ridge. A long day, between Stob Diamh and Cruachan twice, but with the forecast as it was we were looking forward to making the most of this superb hill.

We parked just off the A85 on the B8077 where there's room for a couple of cars. Through the gate opposite a track took us to the ridge to Sron an Isean for the ascent. There was almost a full cloud cover but a few blue patches were appearing and we could tell it was going to lift. 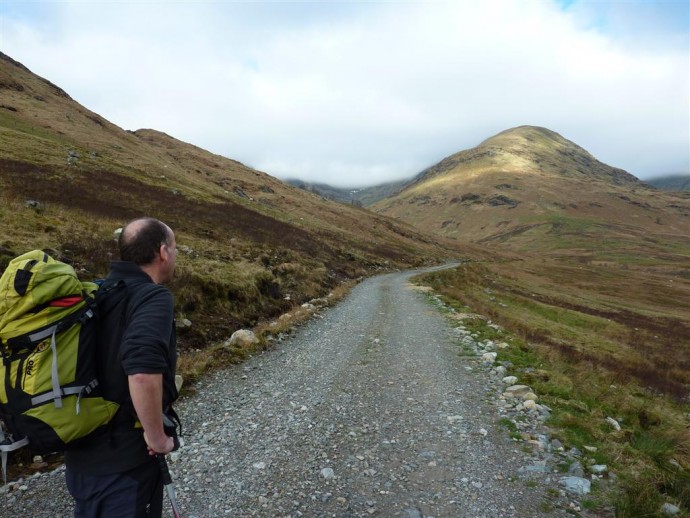 There's 2 steep sections at the start, then the angle eases from 600m height to give a wonderful gentle rise over the next km before climbing up to the summit. 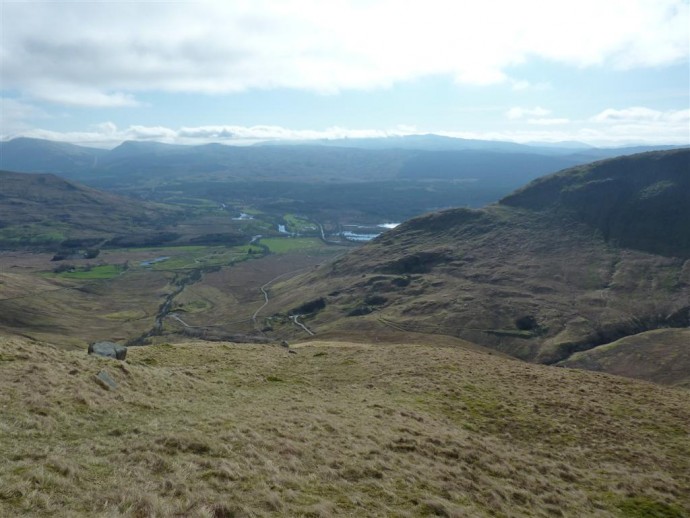 As we climbed the cloud thinned bit by bit, wisps broke off and it cleared completely to the south. Ahead the summits were still shrouded but that also started to melt away giving us superb views of the ridge opposite. There were enough streaks of snow remaining to add to the scene. 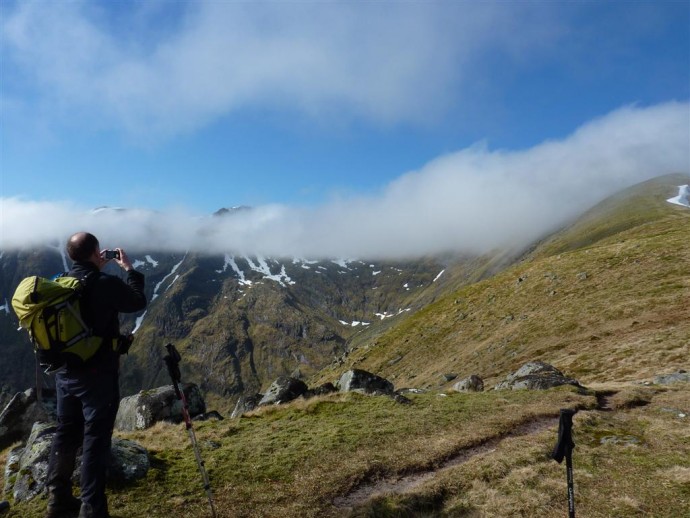 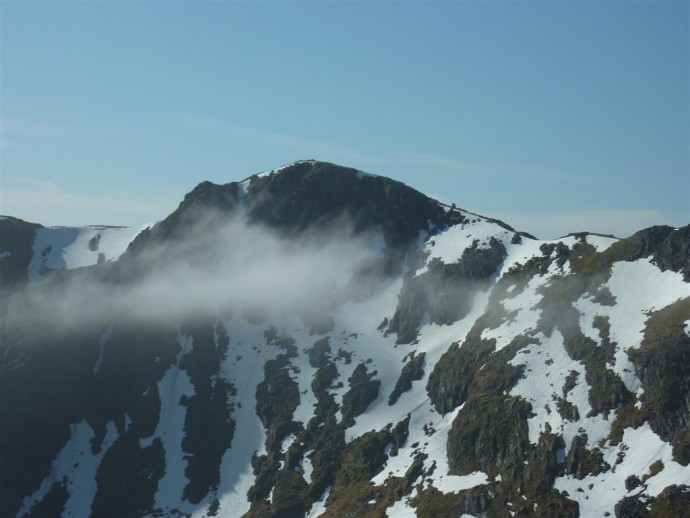 The mist had almost entirely gone as we caught a glimpse of the snow-covered summit of Cruachan framed between Sron an Isean and Stob Diamh, absolute magic. 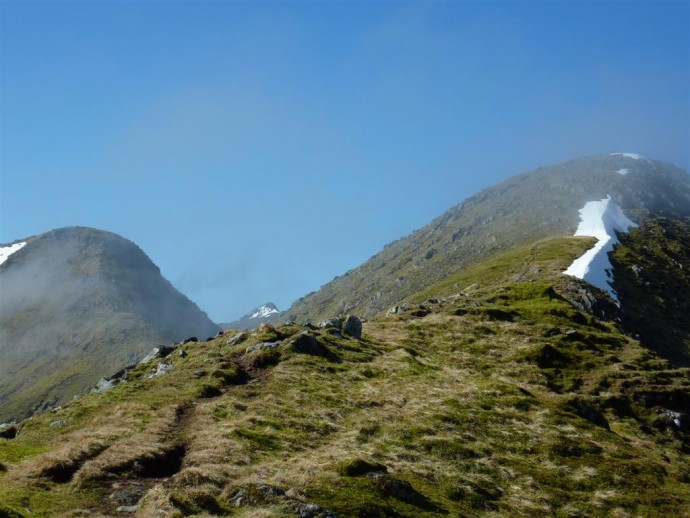 By the time we reached the summit of the Sron the clouds had all gone, there was some haze to the south but to the north it was much clearer. What a sight all this was, what a day! 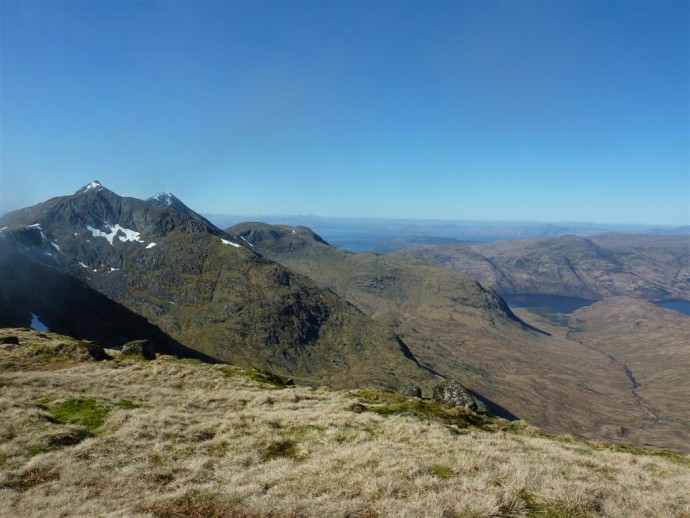 So began a marvellous ridge trek with all sorts of terrain along the way. A combination of easy walking and a bit of light scrambing in places with many ascents and descents. 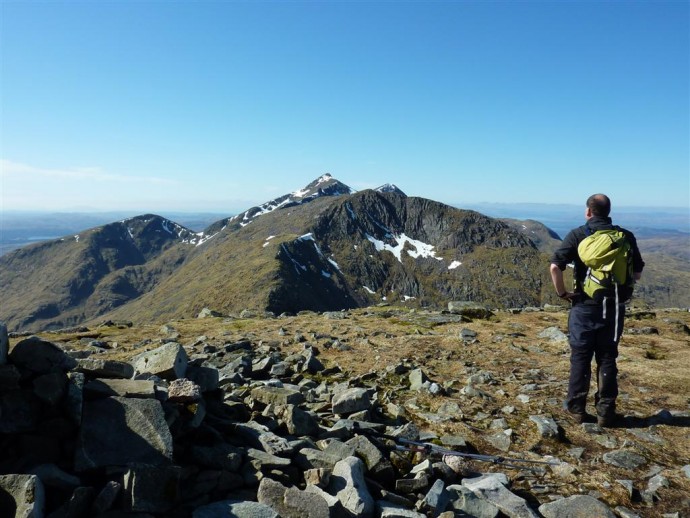 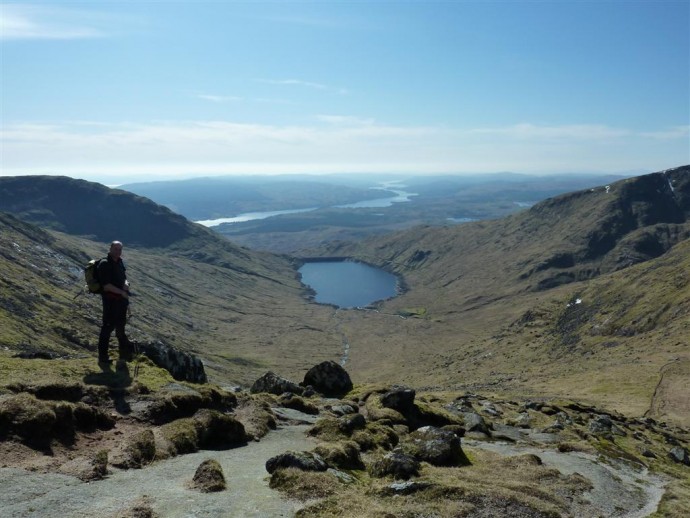 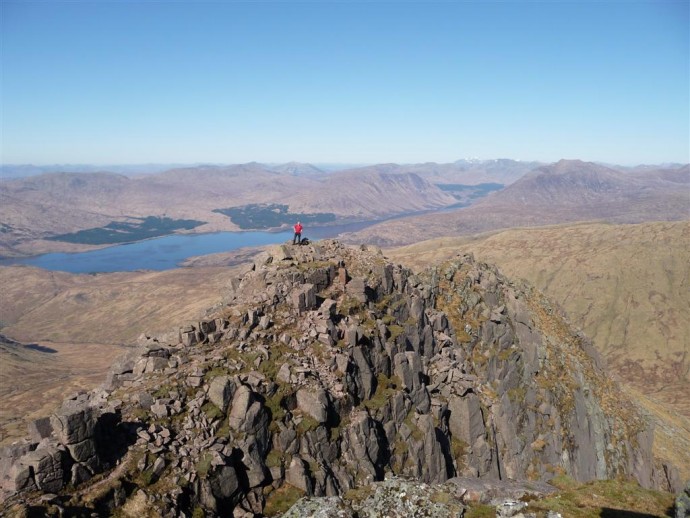 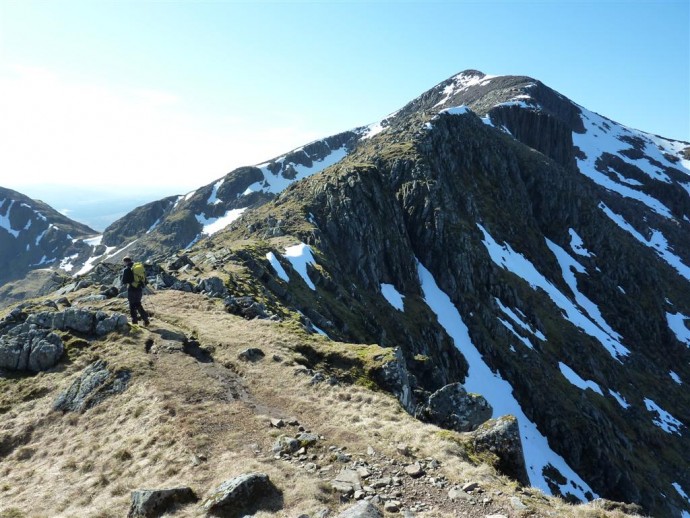 The slabs were dry and grip was great. 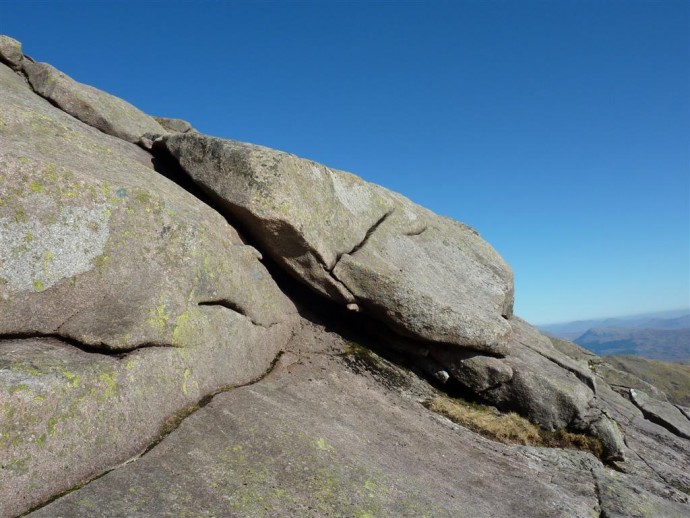 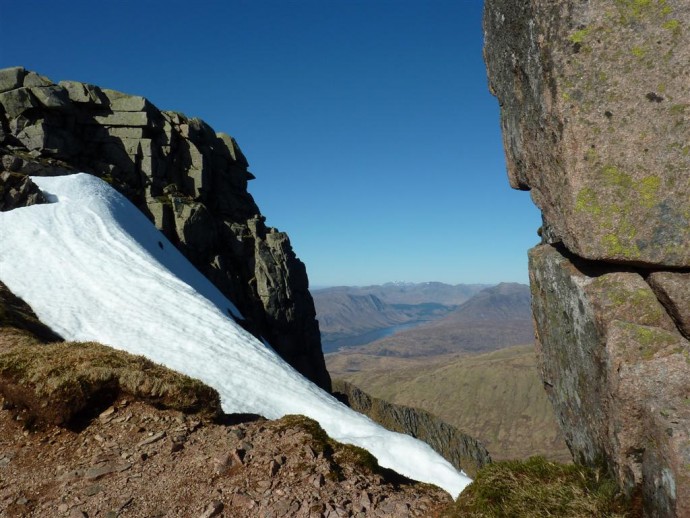 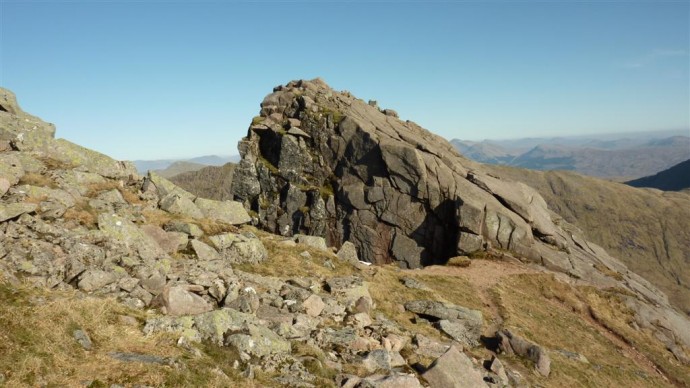 There was a soft section of snow just below the summit of Cruachan and an excellent clamber through the boulders to the cairn. A raven was waiting for scraps or to pick at exhausted mountaineers. Back along the ridge now, still taking time to take the 130 photos that the conditions warranted today and stopping for another bite to eat. We contoured a bit below Stob Diamh to get on the ridge to Stob Garbh, our final top of the day, stopping to admire the huge cornice that remains. The ridge down was steepish all the way with no real trace of a path, giving us a final test of the muscles to end the day, but like the ascent ridge it was springy turf and a delight to walk on. We got back to level ground and a walk out on the track, looking back at the alternative horeshoe we'd completed on this memorable day. What can I say, you appear to have been spoiled with the weather of late, more blue skies and wonderful days in the hills with stunning views ....you must be getting bored with it

Another great report with stunning pics