Corbetts included on this walk: Beinn a' Chaisteil (Strath Vaich)

The weather forecast was looking good and a band of cloud moving north was only going to make it as far as the Cairngorms by afternoon so I thought heading up north would give me the best chance of good weather – and I was right!! Unbelievably, I walked this hill in my T-Shirt, given its mid March I thought this was amazing. The weather was also amazing as you can hopefully see by some of the pics!!

I was up early and left the house at 05.30 and made it to Black water bridge about 08.15. There was a frost on the ground but as there was no wind and the sun was out it certainly did not feel cold at this point!

I got the bike ready and headed along Starth Vaich towards Loch Vaich. I had not been feeling too great and a cold was definitely starting, so energy levels were low. The cycle in was not as much uphill as I had thought (which meant coming back was not a free wheel unfortunately!!). Met one estate worked on route and exchanged a wave. He had obviously been feeding the “Highland Coos” as when I turned the corner there were lots of intimidating large cows and also a few young calves which made me a little nervous. Scary highland coos with Am Faochagach in background - better seen up close on video!!!!

As you can see in the video I had to cycle right past them- thankfully without incident……. A little further and I got my first views of Loch Vaich. It looked fantastic and with little wind it reflected the surrounding hills like a mirror Am Faochagach dominates the sky line to the west of the loch and there were still patches of snow which looked great with the clear blue back drop….. 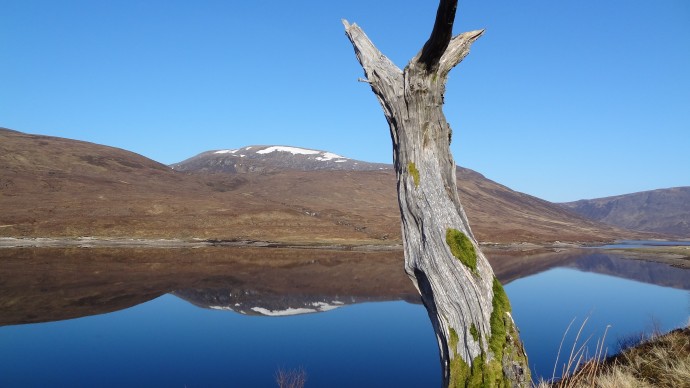 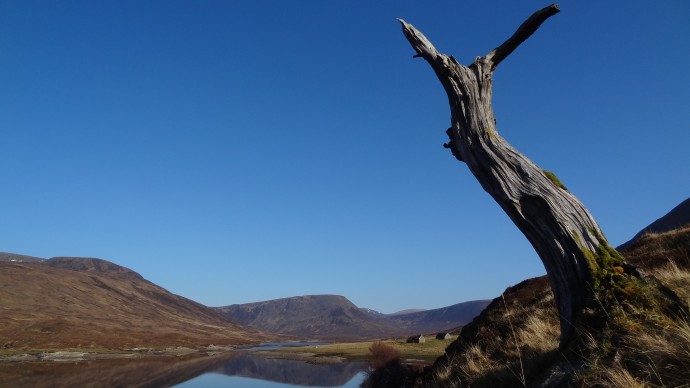 I eventually reached the bothies at Lubachlaggan where I ditched the bike. It was now 09.30 ish.

I had a bite to eat and must admit I felt absolutely knackered, this cold was really draining me…. From here I followed the stalkers path on the north side of the stream which zigged and zagged up a relatively steep hill side. However once the cairn was reached the hill and gradient flattened out a little and the walk from here was fantastic. Views now opened up towards Ben Wyvis and also in the opposite direction to Seana Bhraigh, a fine looking summit. The higher I got the clearer the views became and there was obviously a haze further down in the glen. The Fannichs became obvious and further south hills to the west of the great glen appeared above the haze. I also managed to get some nice pics of a Ptarmigan which had frozen in front of me. 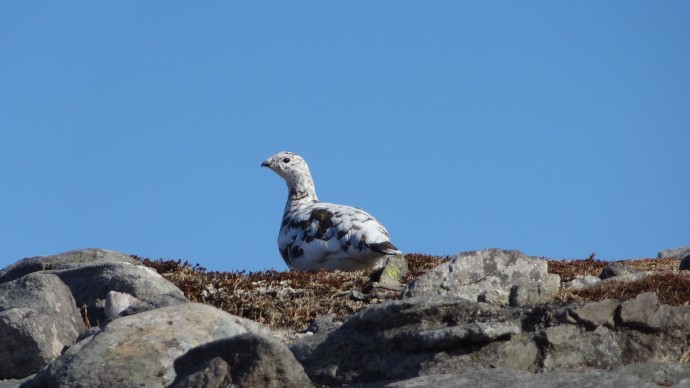 I lingered for some time on the summit with great views before heading back to the bike. Left the summit about 11.00ish.

The cycle back was tough as a head wind had picked up. However the sky was still blue and I got back to the car at 12.30 ish.. 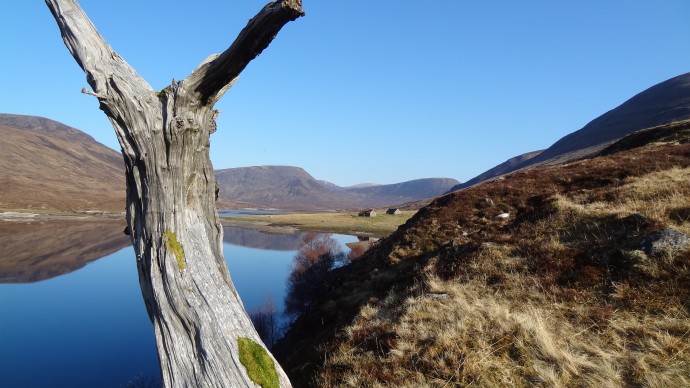 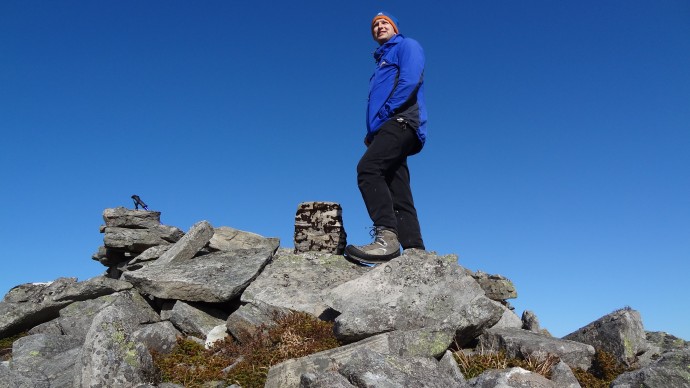 I'm so jealous... How lucky were you!

I know - so lucky - i dont often hit the weather jackpot!!