I think we should have three cheers for high pressure weather systems. What a fantastic days walking, I'll even overlook the minor sunburn! On the drive down from Glasgow things were looking quite misty, in particular as I drove down the M77 passed Newton Mearns. Happily as I got further into Galloway I could see that the sun was easily going to burn through.

I parked the car at the car park at Bruce's Stone, near the east end of Loch Trool. From the car park I followed the road east, signposted NCN 7, rather than taking the path north to the Merrick. Just after Buchan House I took the path signposted for Gairland Burn and the Lochs. The path skirts around the southern slopes of Buchan Hill while climbing steadily. 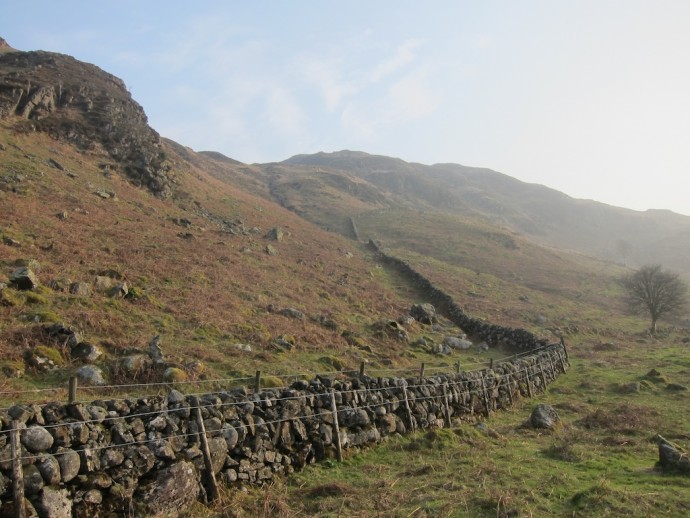 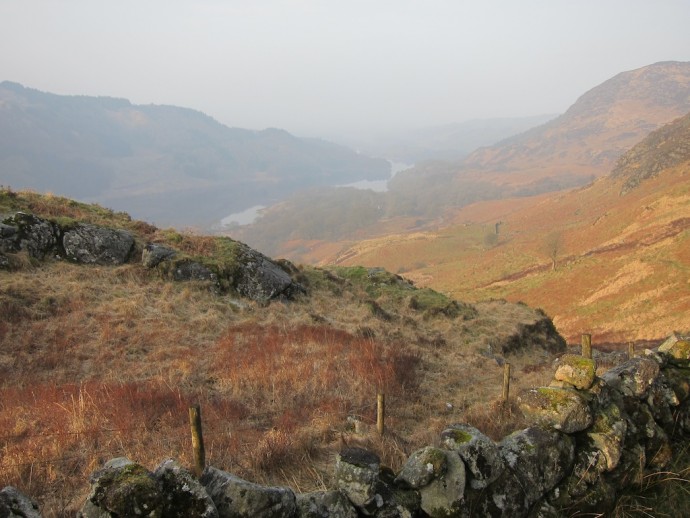 Looking west to Loch Trool from the Gairland Burn path.

I followed the path until I reached the shoulder of Buchan Hill where the path levels out and contours alongside the Gairland Burn to Loch Valley. I left the path at this point and headed north to the summit of Buchan Hill. I have a bad habit of underestimating contours and this turned out to be quite a steep pull through the rocks to the summit. Rocks deposited by the retreating glaciers.

Throughout the walk I was constantly amazed at the rock formations. This part of the country is covered in rocks that seem to have been deposited to make the most amazing sculptures. If I didn't know better I would have thought they were arranged by humans! From Buchan Hill I headed north along the ridge following the Rig of Loch Enoch. I had originally planned to go up and over Redstone Rig, but for some reason I was making really slow going of the walk - I guess I was spending too much time enjoying the views and weather

Instead I dropped down to the edge of Loch Enoch. 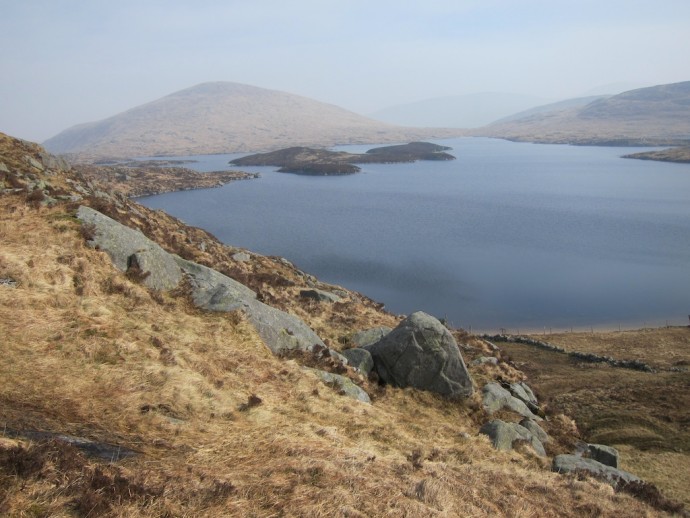 Loch Enoch with Mullwharchar in the distance.

As I skirted round the loch the views were absolutely incredible, even taking into account the haze. 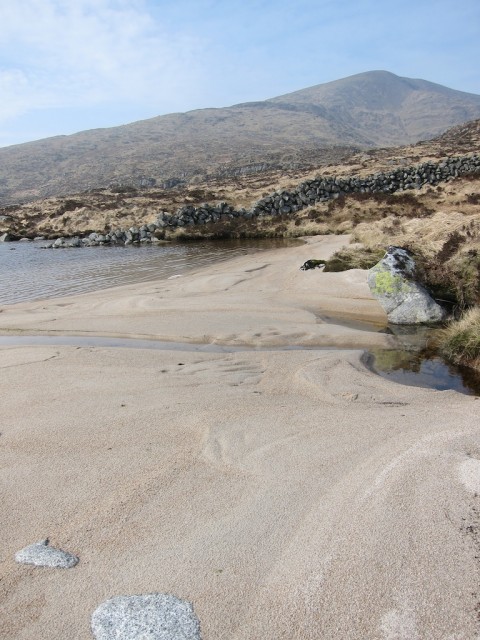 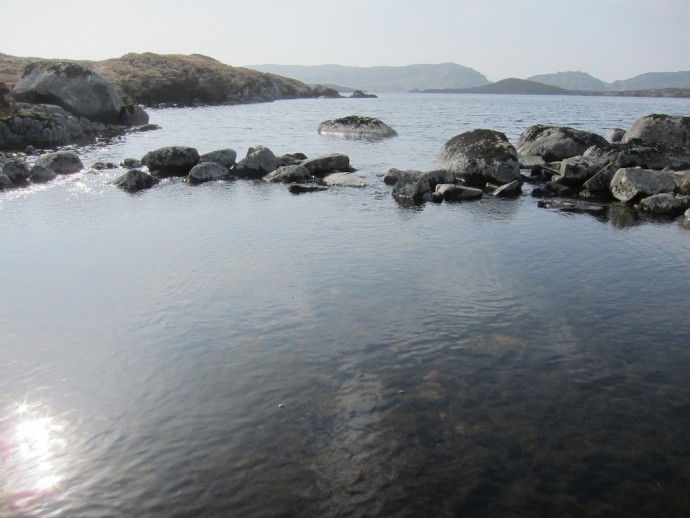 At this point I left the loch and began the slow, steady climb to the summit of Mullwharchar. This is a very rock strewn landscape, though it is relatively easy to navigate through, and there's no need for any scrambling. Pausing for breath gave some great views of Merrick. 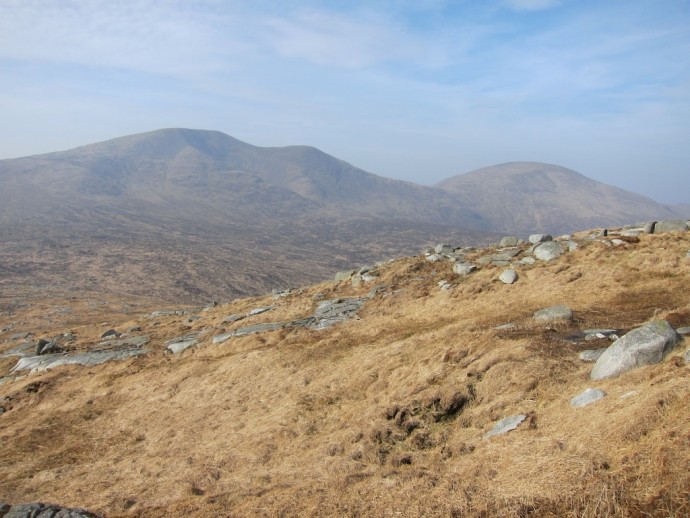 From the summit I headed due south back towards Loch Enoch. I crossed Pulskaig Burn and climbed through the rocks towards the summit of Dungeon Hill. I had a quick bite to eat on the summit and then descended west onto Craignairny. I was starting to get a bit tired by this point and I had thought about contouring round towards Craignaw rather than hitting the summit, I'm glad I did as I got a great shot of Merrick. Loch Enoch and Merrick from the east.

The final summit I'd planned for the day was Craignaw. This proved to be a real challenge. A combination of fatigue and the constant zig-zagging through the rock outcroppings made this a very slow climb. The sun had completely burnt the haze away and I was starting to worry about the amount of water I had left, and how I was going to make it last back to the car. 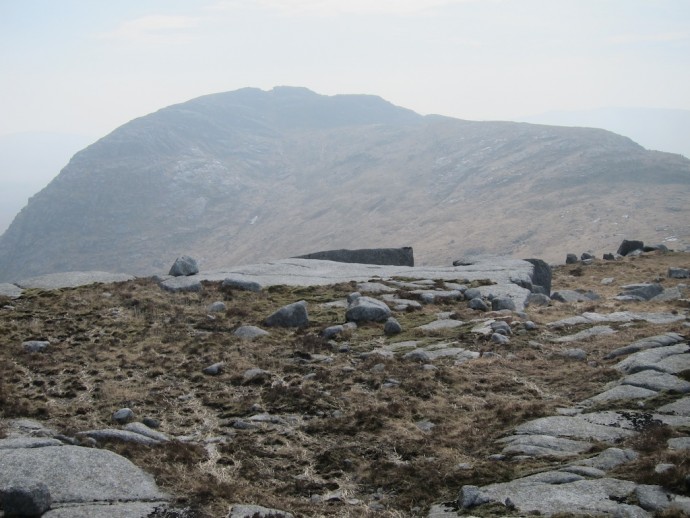 Dungeon Hill from the north slopes of Craignaw.

Finding a route to the summit takes a while, and I was disappointed a few times by false summits. I stayed on the summit long enough to send my wife a text explaining I was having a great day but was running late and not to phone the MRT. Dropping off the summit to the west I came across the memorial to two American servicemen who were killed when their plane crashed. 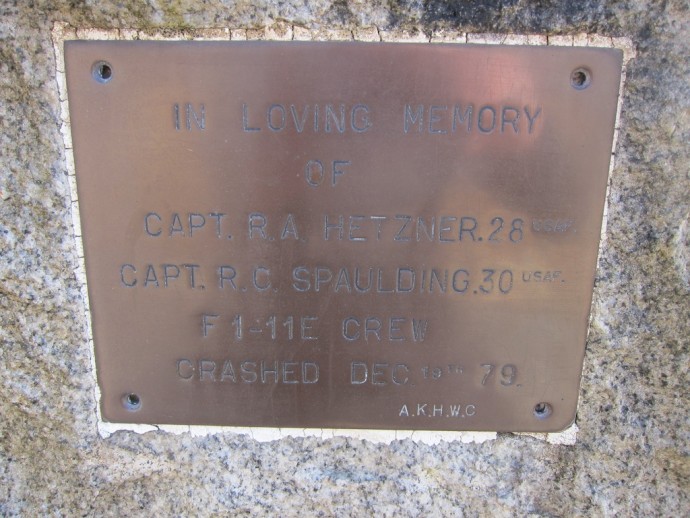 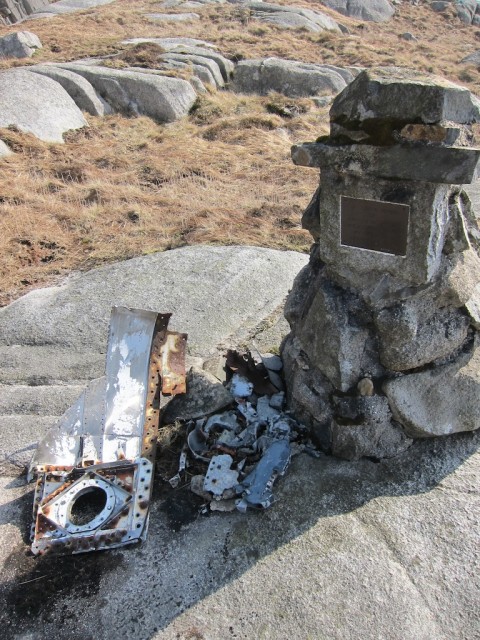 Memorial with debris on Craignaw.

From the memorial I dropped down to the east side of Loch Neldricken. 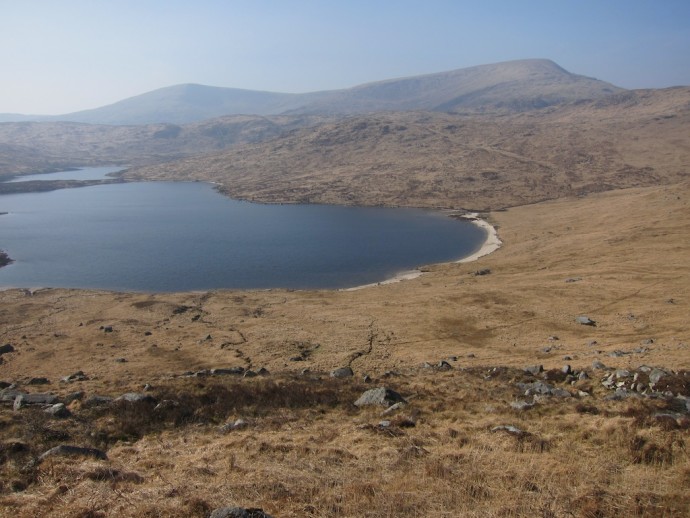 I followed the banks of the loch south until I got to Mid Burn. Crossing the burn I picked up the path back to Buchan House and the car park. A word of warning, this path is in a terrible state. If there had been more rain in the last few weeks if would have been unusable.

Overall, a great day out. Some fantastic walking in great scenery and weather. Despite not being the longest walk I've done in recent weeks this seemed to really take it out of me.


Mullwharchar.GPX Open full screen  NB: Walkhighlands is not responsible for the accuracy of gpx files in users posts

Re: A fine days walking in glorious Galloway

Certainly lovely weather for the walk - not difficult to use up more water than normal in this sort of weather. Haven't walked in the hills in this area but looks great - cheers

Re: A fine days walking in glorious Galloway

I've done a few walks down Galloway recently, it's a lovely area and going by this i'm looking forward to doing more