With a fantastic weather forecast and also some mist a fog forming in glens I thought an early start would give a good chance of an inversion. Was still feeling a little under the weather so opted for a shorter route not far from home.

An early start saw me leaving the car up the Edradynate road near Miltown of Cluny around 6.30. I was going to leave it further up but there was a sign suggesting this was a private road (permission required from estate to use ). The road soon turned into a landrover track but was still good to cycle on and I was near Loch Derculich as the sun peeped its head over the horizon. The fantastic sunrise certainly helped to improve energy levels for the climb ahead.

I dumped the bike just before the high point on the track and crossed some very boggy ground south of Loch a’Chait. However once the NE spur of Farragon is reached the going was good if a little heathery – did not see too much of a path here but may have just missed it! The light mist in the glens gave great perspective on the hills and the views over to Schehallion, Lawers and Lyon hills was fantastic. Similarly in the opposite direction I could see the Cairgorms and Glenshee hills further south. It was just past 8 now.

I descended past Loch a’ Chait as it seemed a good place for a break before getting to the bike. The bike ride back was great fun and most of it was a fee wheel getting me back to the car in a speedy fashion!!! Back at car for 9.30… 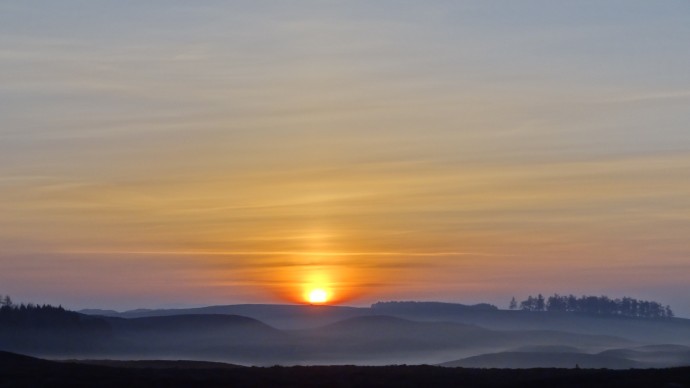 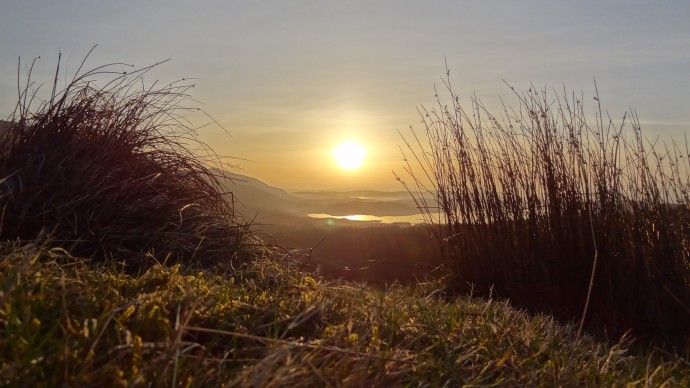 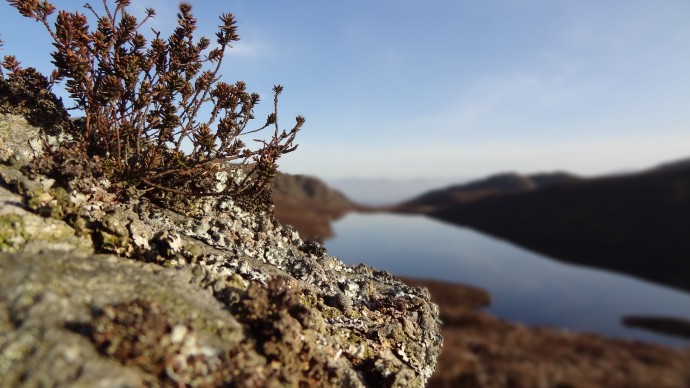 thanks - it was a cracking morning fo the pics

I agree. Beautiful photos. Hope you are feeling less under the weather soon.

Indeed so - it seems that the start of the year had better weather than the summer !! Back to having cold again now!!!

Beautifully shot video and stunning photos. A place I haven't yet visited but is now on my ever growing list!

madasa mongoose wrote:Beautifully shot video and stunning photos. A place I haven't yet visited but is now on my ever growing list!

Thanks - re watched video again and reminded me of what blue skies and sun look like - seems to have been weeks since we had any!!

I really enjoyed this walk/bike ridebut it did involve an early start that day - well worth it though...........