Parked the car at Lochearnhead car park and followed signs to get to the sustrans cycleway. However, we did not go as website suggests following the route 7 up the hill. We did go over the bridge instead and continued along the track up to a farm, through a few gates (signs saying 'Walkers This Way') along the front of the houses and then to sign post pointing up to the upper disused railway line and Glen Kendrum. 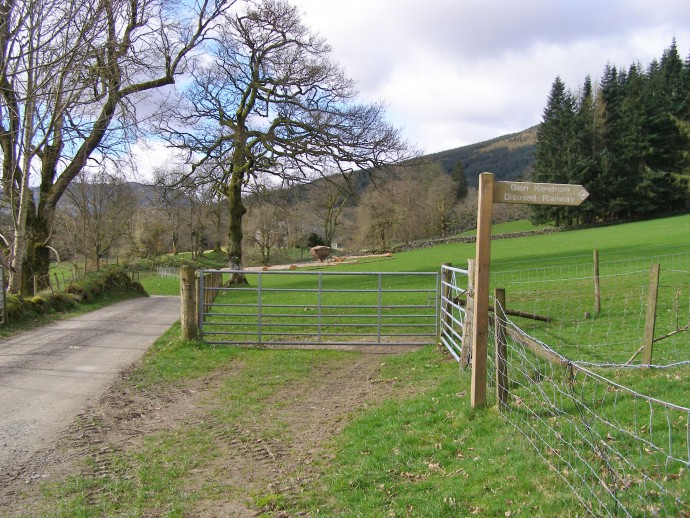 Gates at either end of the field to help out. Further sign at the top telling you route over to Glen Kendrum which is a track over another railway bridge and then on up the glen. 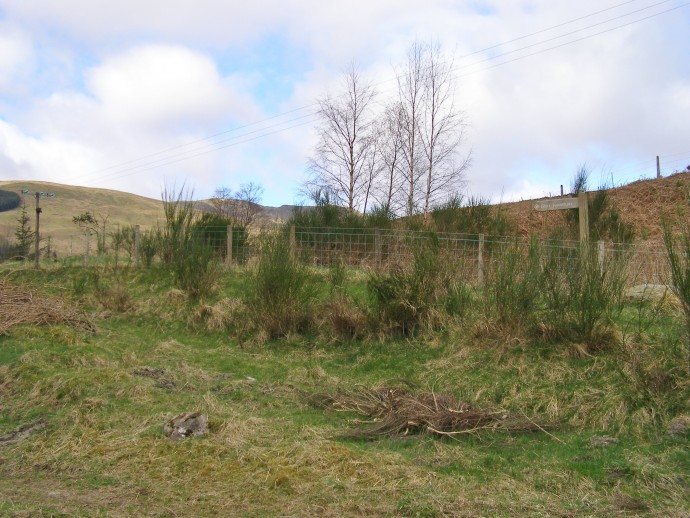 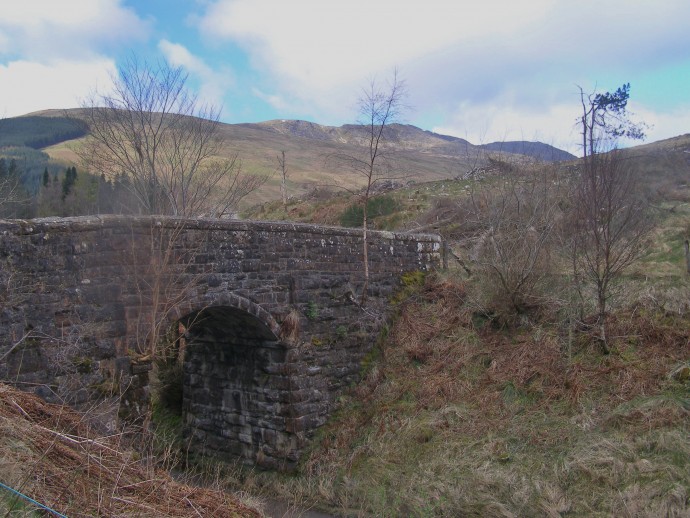 The second bridge to cross this time over upper railway line

Another gate to go through and the track leaves the deer fence behind and heads on up to the top of the glen where it goes right over and down the other side. great views back to Vorlich and Stuc a Chroin as well as Creag Mac Ranaich ahead. 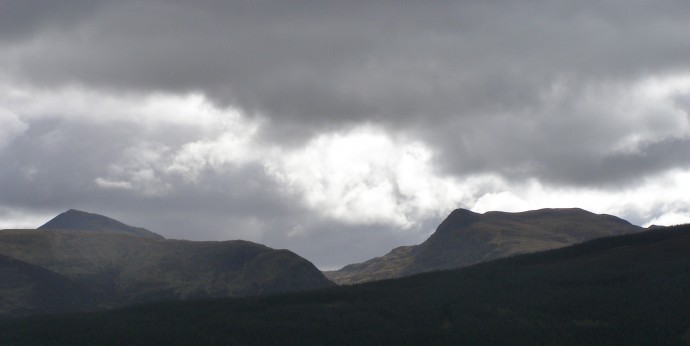 Our one little shower of rain passing over the munros, Vorlich and Stuc a Chroin 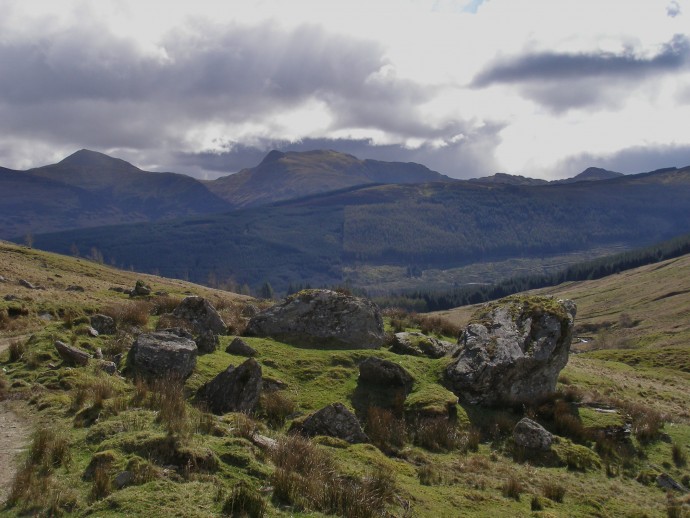 Further up the path three big boulders mimic Vorlich, Stuc a Chroin and Ben Each but the other way round looking back

We had our lunch beside a burn quite far up the track before the final climb up the glen. Creag Mac Ranaich from the track now heading for bealach

At the top, we had a look round for the best way up Creag Mac Ranaich. We could see a line of old metal fence posts and this seems to be the way most folk ascend and return as there are faint steps worn past these posts. we met 4 others coming back down the same way when we were half way up so seems to be right. 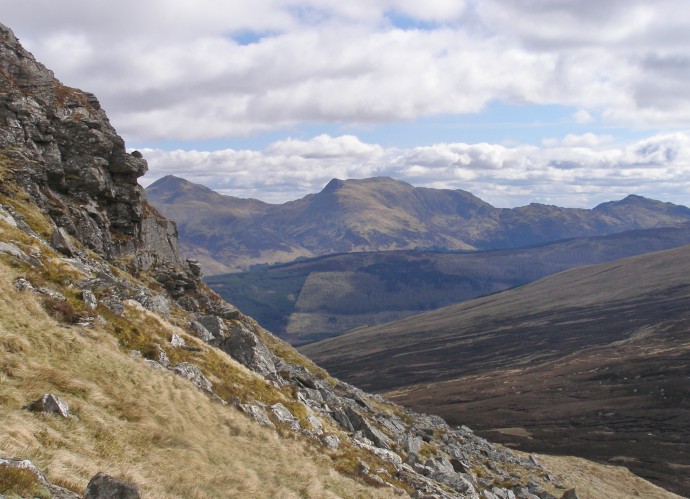 The munros, heading up to the valley

Eventually reach a small valley which makes for an easy ascent to the top area. Walked east then south to first cairn and then over to the separate top further east. Great views all around now. 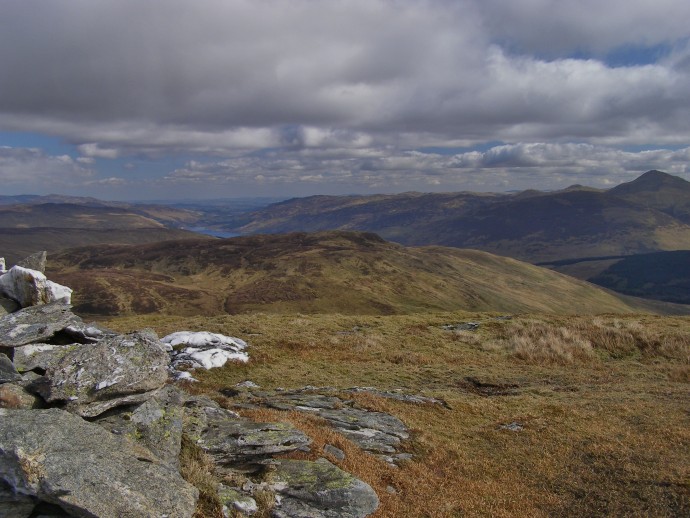 the first top, looking over Meall Rheamar to Loch Earn 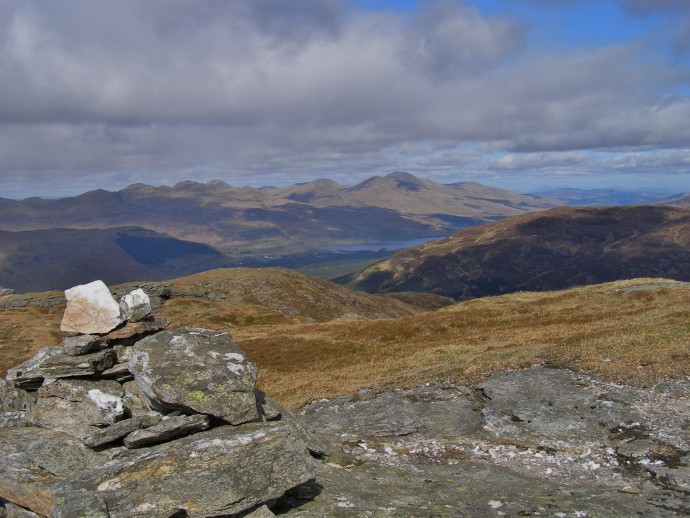 Second top, looking over to Killin and Lawers 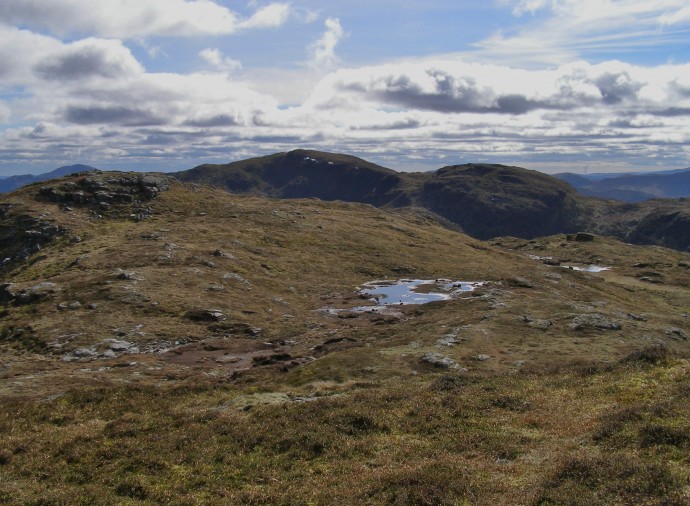 Looking back across to first top and Meall an t-Sealladt

Retraced our steps back down to the little valley. 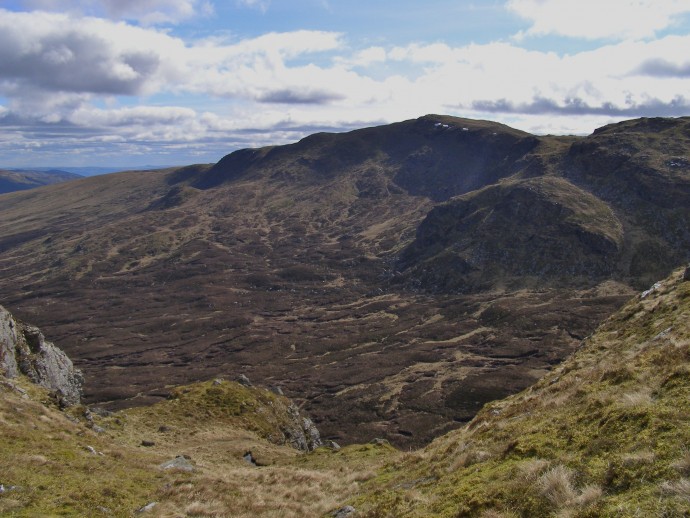 the way up and down through this little valley

Saw a little pond full of frogs, one of which lept right out of the water in the excitement we caused by our return. 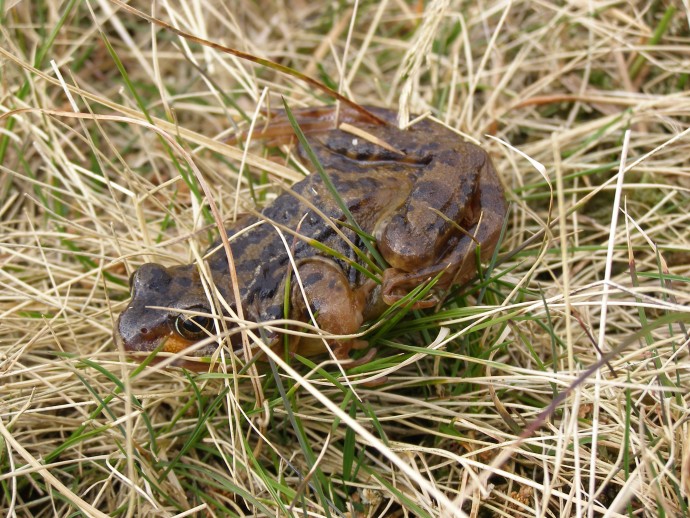 The frog that jumped out the pond

From here its a steep descent back to the track. We could see the path over to Meall an t-Seallaidh just a bit further on with a little cairn marking the start. It heads across peat hags towards the slope between the hills as described on WH. We had taken our time and so were running late, one hill would have to do. So we headed back down the way we came. 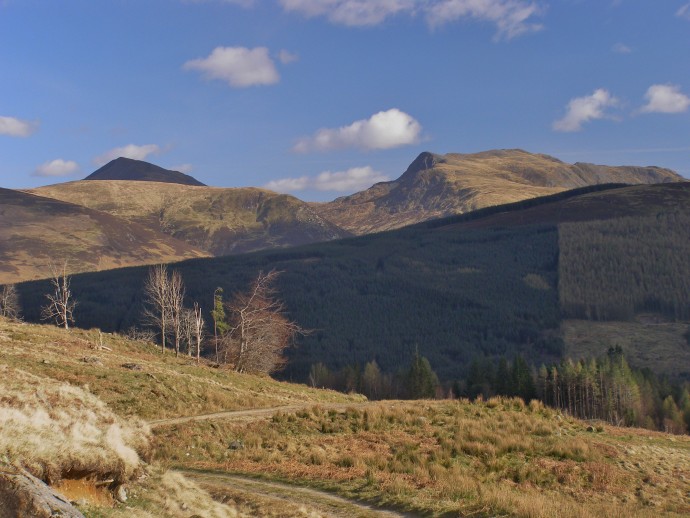 A brighter set of munros now coming back 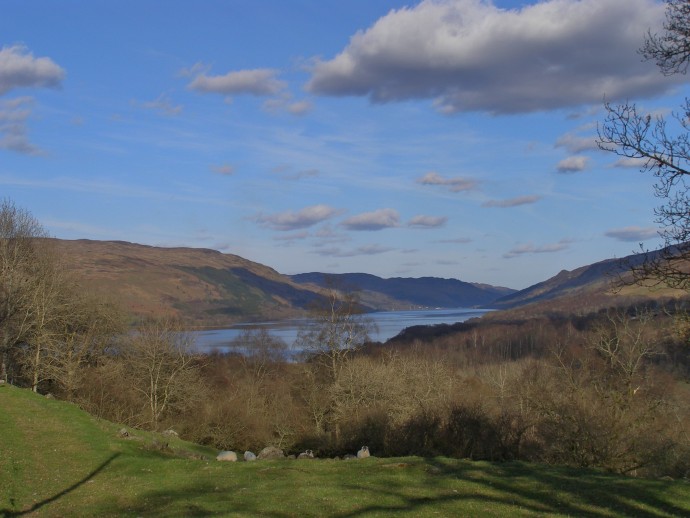 We stopped at the wee shop as you enter Lochearnhead and despite being 6pm, was still open. We bought ice cream and duly enjoyed them all the way back to the car park. Great stuff.

Nice wee report on a nice little route. I really like Ranaich - it's a craggy wee so and so, and Seallaidh gives a very different perspective on Loch Earn.