Friends were staying near Kirkgunzeon. Criffel has been nagging me from across the water for years. The opportunity was too good to miss. Looking at the map a quick up and down from New Abbey looked like too short a walk to justify a drive up from Kendal. A look at the map suggested that we could continue west to Boreland Hill then north along the ridge to finish on the oddly named Lotus Hill. There's a lot that you can't tell from a map.

We dropped one car at the Lotus Hill car park and drove to New Abbey - a pretty village with a ruined abbey and a millpond. A lane led up to the edge of the forest and from there a good path led up into the forest. It picked up a stone wall and became a progressively muddier path as height was gained. 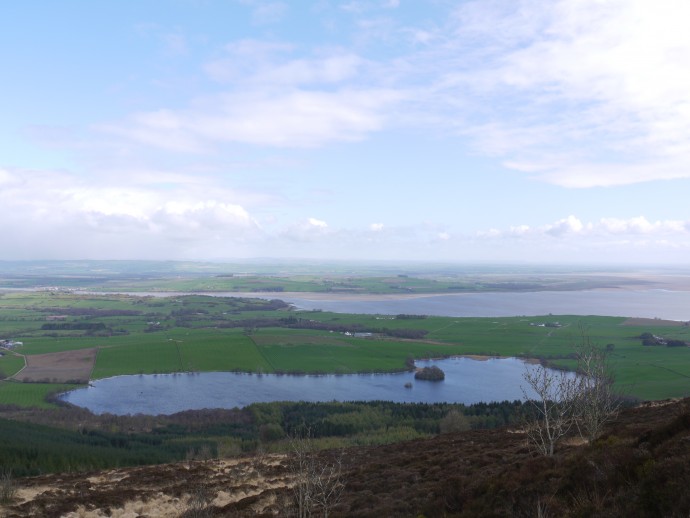 Eventually we exited the forest and the first of a series of superb 'helicopter' views came into sight as Loch Kindar appeared. 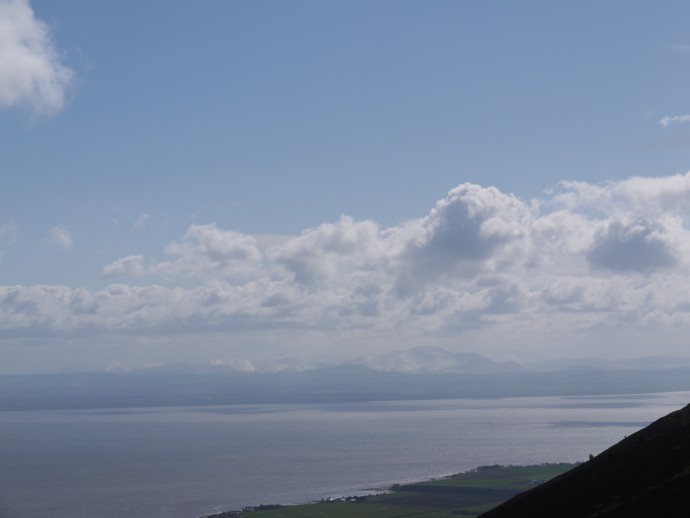 Climbing up more steeply, we soon reached the subsidiary summit of Knockendoch from where snow covered Skiddaw rose with unexpected majesty across the Firth. 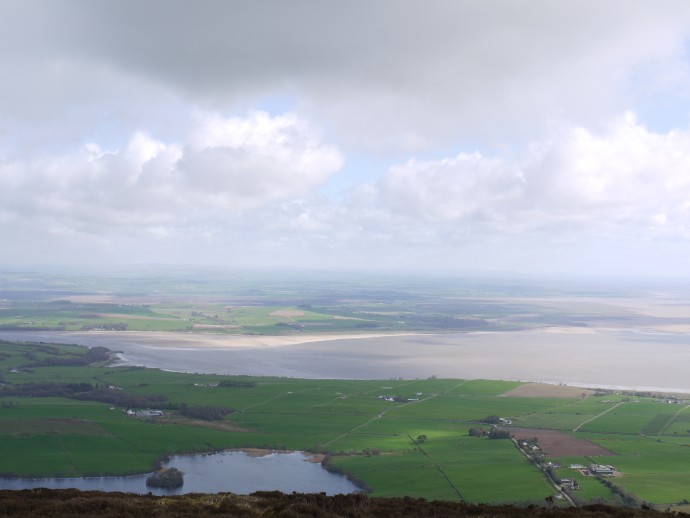 The coastal flatlands and the Nith Estuary made for a dramatic contrast with the high ground and made these modest hills seem much higher. At the top of Criffel, the whole of the Cumbrian Coast down to St Bees Head spread out before us behind a silvery sea.

So far so good. The path vanished and we bushwhacked down towards Boreland Hill. There had been a large fire here and the entire hillside was burnt heather and ash. Not the most enjoyable ascent... but we were rewarded at the top with a view of the indented coastline around Kirkcudbright. And even the Solway wind farm looked good in this light.

That was the good bit. Initially we made good progress. When we got to the end of the burnt bit, the ridge towards Meikle Hard Hill was covered in deep heathery tussocks interspersed with deep holes full of slime. Progress slowed to a crawl. There weren't even any animal tracks. Exasperated and tired, the appeal of Lotus hill and another four miles of this ebbed away. So we bailed out. We came to a cleared section of woodland and followed a stream down to a forest road which made for fast but indirect progress down to the glen and a long trudge down the road back to the car. Criffel is great, Boreland Hill is an ok viewpoint but I wouldn't recommend the ridge walk to my worst enemy.