THE CAIRNWELL 3 in crap weather

THE CAIRNWELL 3 in crap weather


there isnt really much to write about this walk - as the weather forecast was crap and the only sensible option were southern cairngorms, we decided to go for 'THE CAIRNWELL 3'.

we had a visitor from czech rep. and i guess if not for her we wouldnt really bother. anyway, at the end of the day we didnt regret that trip, but while driving from edinburgh we were in constant drizzle/rain and we were a little bit concerned about conditions in glenshee.
apparently that day we were quite lucky - the clouds and drizzle seemed to be everywhere around except the munro which we were on

glenshee welcomed us with a shy looking carn aosda, but as soon as we started climbing up, the cloud cleared 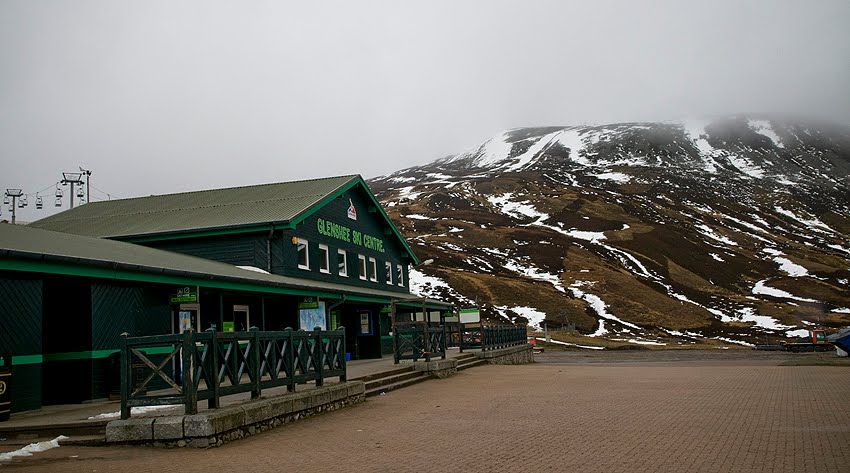 after 40 mins clomb we reached the summit of carn aosda, had wee snack and some hot tea and proceeded towards our second munro carn a'gheoidh. (with carn aosda behind us) 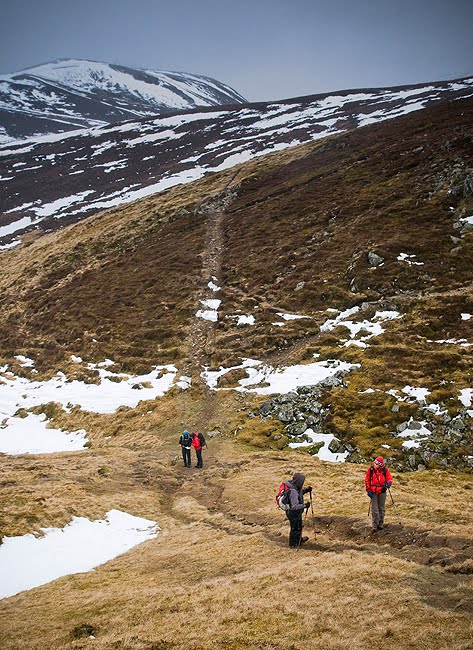 views were not really too spectacular 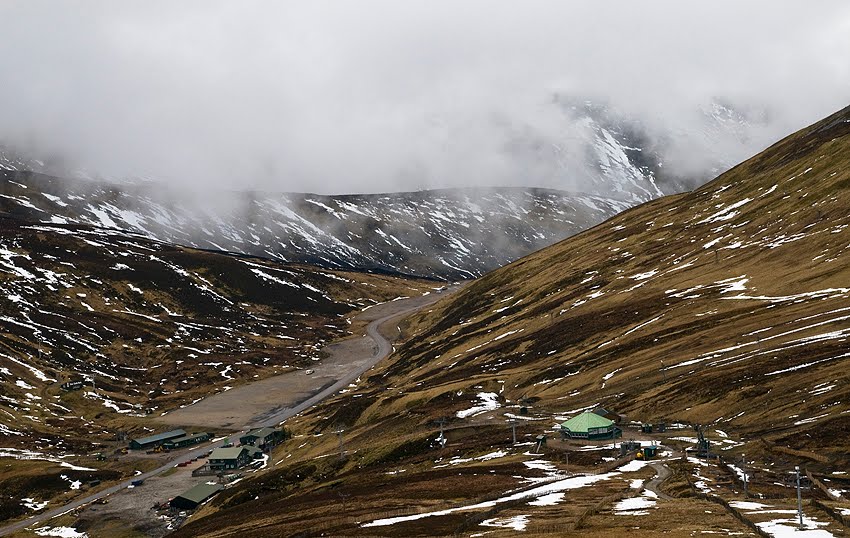 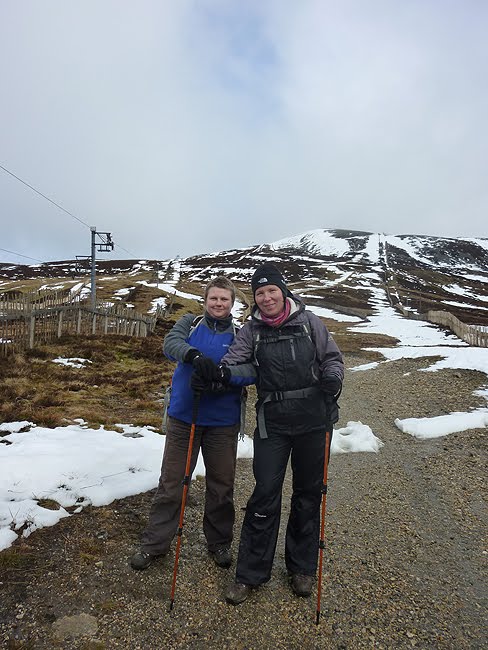 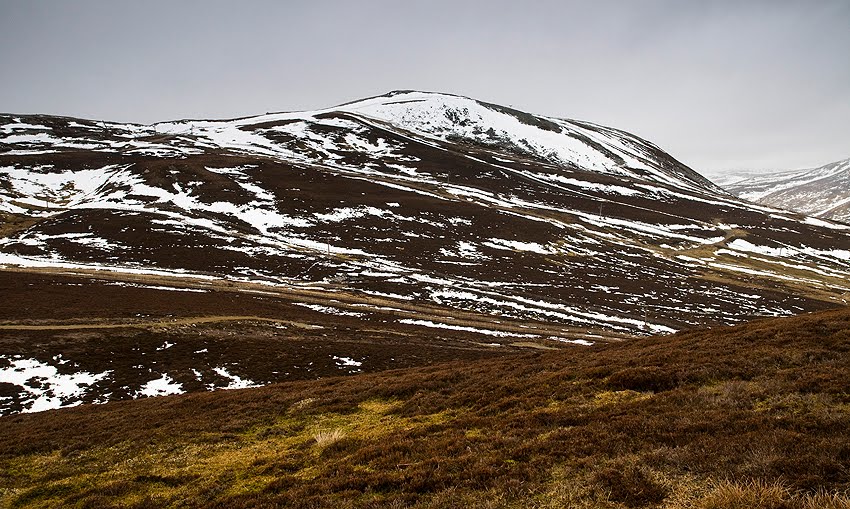 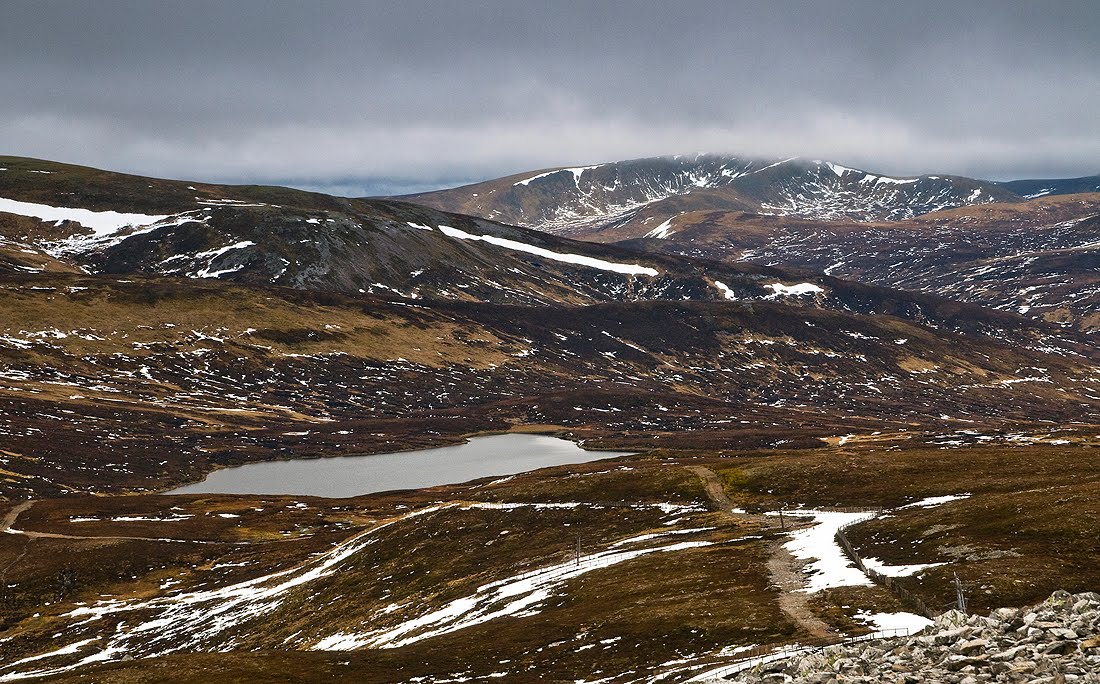 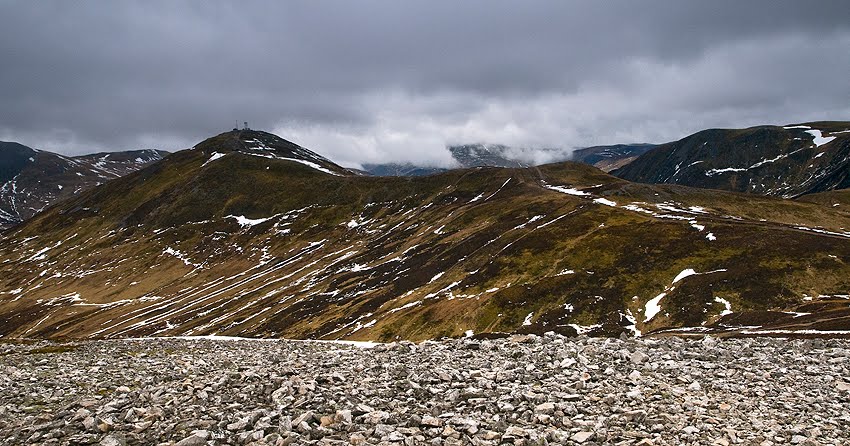 carn a'gheoidh and the loch

we had to negotiate a small cornice. there were patches of snow, not too many of them but some were quite deep 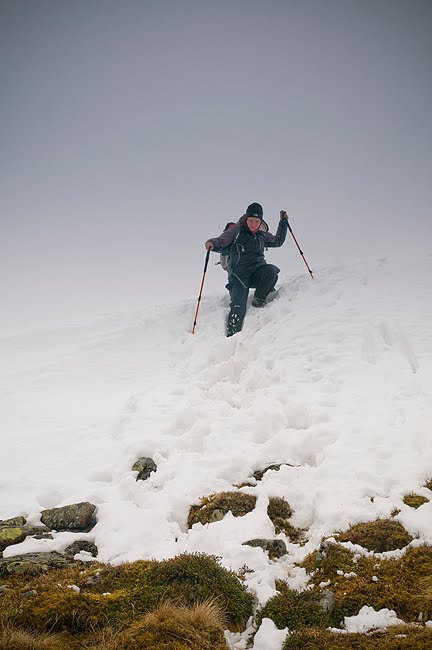 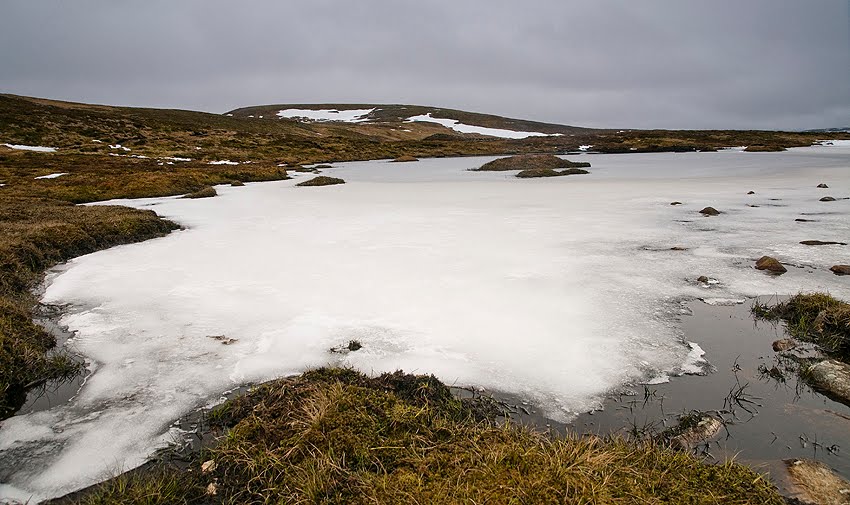 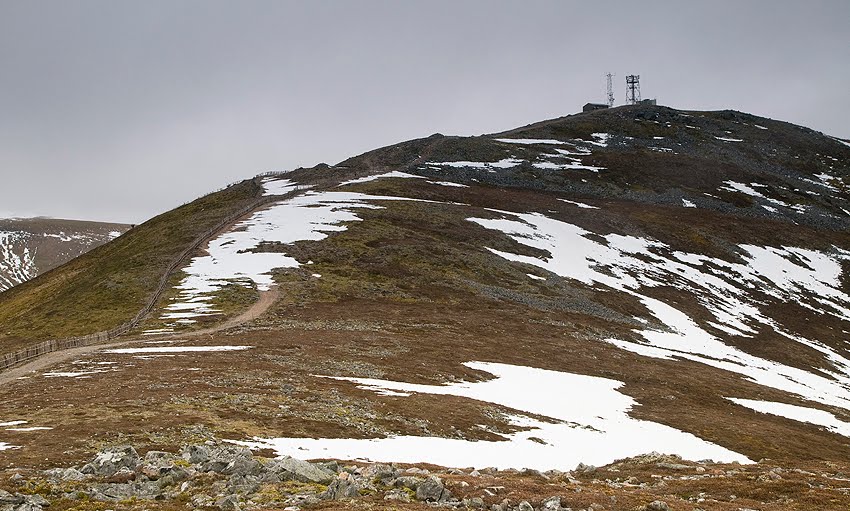 the industrial cairnwell, the cairn on roof of the hut! 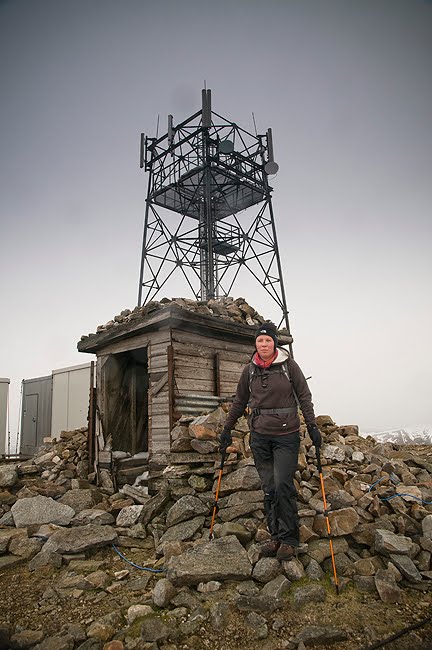 looking back to carn a'gheoidh 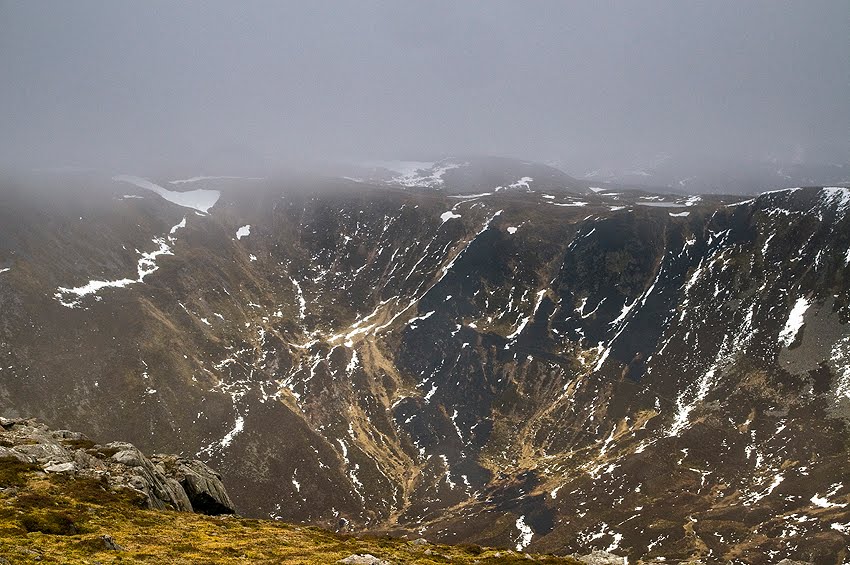 .. it will be raining here soon, let's better go down now... 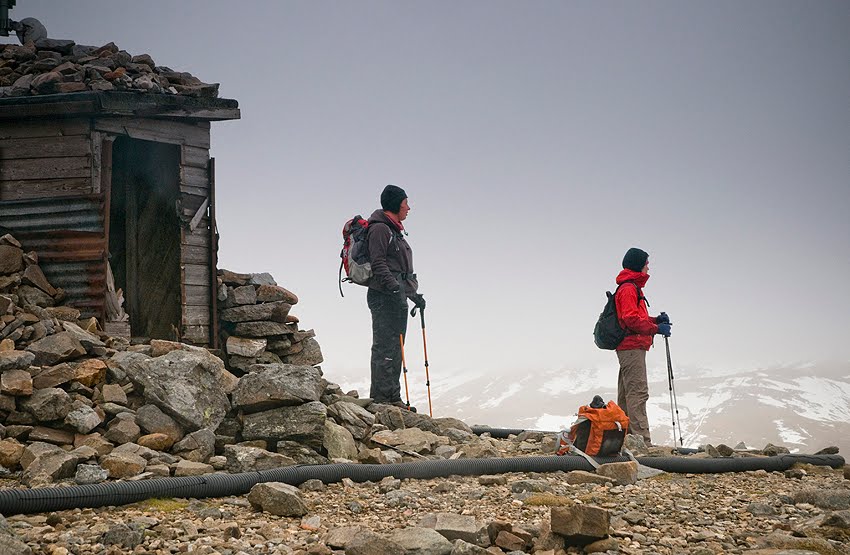 back at the ski centre 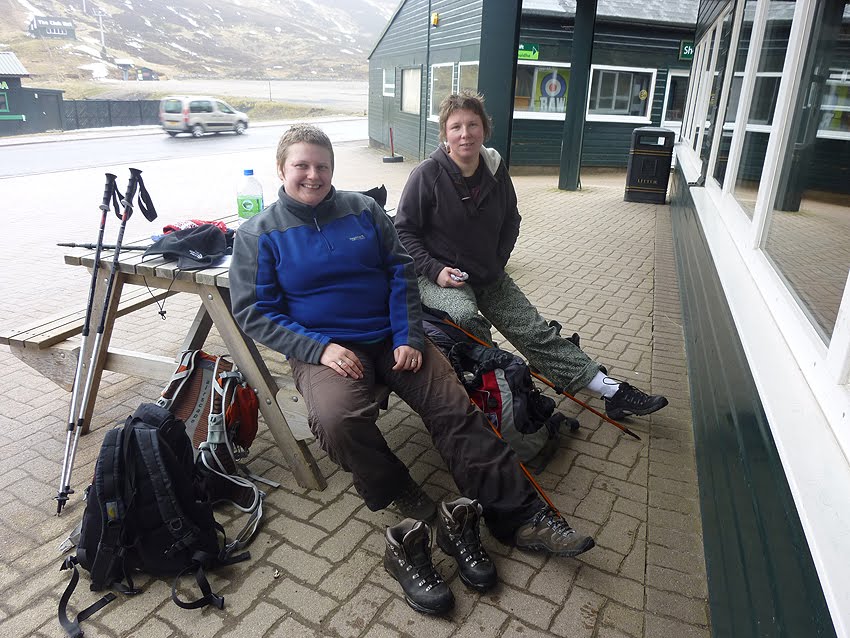 we managed to stay dry for most of the day but got finally cought by rain while descending from the cairnwell. the descent along chairlift is steep but well worth trying as it takes about 20-30 mins down, whereas going back by the track (towards carn aosda and down) would be at least 40 mins.

That's nothing... When we went out there last year to attempt our first Munro, we couldn't even see the Ski Centre from the road. Gave up and went to Loch Callater instead.

I like it down that way, ok it might be scarred from the ski developments, but I think its a lovely area. Can't wait to finally bag that first Munro and head up those hills.

Hey those views weren't so bad, you could see where you were going anyway.

certainly been some snow up that way since last week

when we were there , there was only one small patch and the dog almost melted it by rolling in it
otherwise known as 'destroyed by lab-testing'

), loved this report anyway as it brings back nice memories of my own wanderings up there

Worst use of the phrase 'crap weather' EVER.

I can tell you're a photographer

ok ok guys, it wasnt the CRAPest weather ever but the crapest as for my walks

so that weather felt crap a little bit

ranger, you've just made my day