A few weeks back when we were bathed in glorious sunshine my other half (RTMcB) turned 30. To celebrate we decided to bag our half ton and then some. For four days on the trot we donned our boots and wandered over some of Scotland's remote parts, bagging 10 Munros but in actual fact climbing 11. The first day, and main topic of this report involved an outstanding day above Loch Laggan.

We left our flat around 7am and arrived at the car park for Creag Meagaidh National Nature Reserve on the north side of Loch Laggan as the clock approached 9am. I'll have to note a little moment of crossed wires - we were following the WH description and were looking out for the "good-sized car park at Aberarder" which meant we were, rather naively, expecting a sign-post for Aberarder and at first drove right passed the car park for Creag Meagaidh National Nature Reserve but quickly realised that must have been the 'good-sized car park' mentioned in the description! Oh but never mind, the error provided an additional minute of gazing out over a beautifully still Loch Laggan.

We booted up and took a moment to consider whether ice axes etc. would be necessary. I gave a firm no considering the length of time since a substantial snow fall and the recent mild weather. As I was (rather arrogantly) heading away from the car and thus the winter kit in the direction of the munros birthday-boy decided to follow, happy in the knowledge that I'd be to blame if I turned out to be wrong - thankfully I was right.

Marching up the neat path we were soon walking through the birch plantation and after a short time became aware that we must have missed the path which forks to the right and towards Carn Liath's summit. So we were faced with turning back and finding the 'right' path or just heading-up. Us being us and often just taking the quickest (and often the steepest) way up we decided on the latter. A handy fence-post stood clear in front of us and we simply followed its line through the plantation - the evidence of boot prints appeared and an eroded path revealed that we weren't the only individuals to have followed the fence posts and I suspect we probably stumbled upon the 'right' path in the end. Once out of the plantation we stopped for a breather and it became obvious that we were embarking on a memorable hike; the sun was blazing, the cloud to the north was hanging above Lochan Coire Ardair and below The Window in the distance but was evaporating quickly and the peaks of the Grey Corries were becoming visible through the cloud and haze to the south west. After a few snap shots and a healthy application of sun-screen we continued our ascent.

The summit of Carn Liath was promptly bagged. The views to the next Munros were great, Loch Laggan was visible beneath us and there was a view to an amazing wide open space to the north with a hodgepodge of conical and flat plateaus in the distance. Perfect. Birthday brandy was sipped and jelly-cubes eaten before we continued west to Stob Poite Coire Ardair. There were some stunning cornices on display as well as craggy rocks worth another photo break.

The flat summit of Stob Poite Coire Ardair wasn't too interesting in and of itself but its views were wonderful - although we didn't hang about. After another nip of brandy we were descending towards the window and then ascending steeply up towards our final summit. The plateau of Creag Meagaidh was reached quickly. In parts it was boggy with melt water as the large areas of snow began to struggle in the sudden summer-like heat. We had some snow to plod over before reaching the large summit cairn. The views from our final Munro of the day and 50th overall were breath taking and the camera could not do it justice. I was awe-struck and, as I'm hoping to bag the Mams and Grey Corries this summer decided to give the Glen Nevis pack a bow of respect, hoping for good conditions in the months to come.

Our steps were retraced and we were back down at the window in quick time aside from a short and very friendly chin wag with two fellow walkers. The window still contained a large amount of snow and we ended up doing a little bit of scramble down the east side - I, typically enjoyed it... the other half wasn't as keen. I'm all 'no fear, no sense' while he's all about 'safety first' and due consideration but there was no real danger. We were down without incident or injury free to gaze again in awe at our surroundings. The Window and crags surrounding it are truly beautiful and I feel privileged to have been able to enjoy the spectacle of them in such great conditions - again the photos don't do it justice. I regretted not taking the wide-angle lens but was grateful not to have the additional weight in my pack.

Once heading south back toward the car-park we were treated to another spectacle; at first glance the ground around us seemed to be moving but with closer inspection we realised we were surrounded by hundreds of rampant humping frogs! After a few immature jokes and giggles we decided the frogs were due some privacy and plodded back to the heat-trap that was the car park.

A great day was had, kick starting a long and wonderful weekend of hiking and bagging... erm except for much of our hike over the Monadhliath... but that's another less enjoyable story. 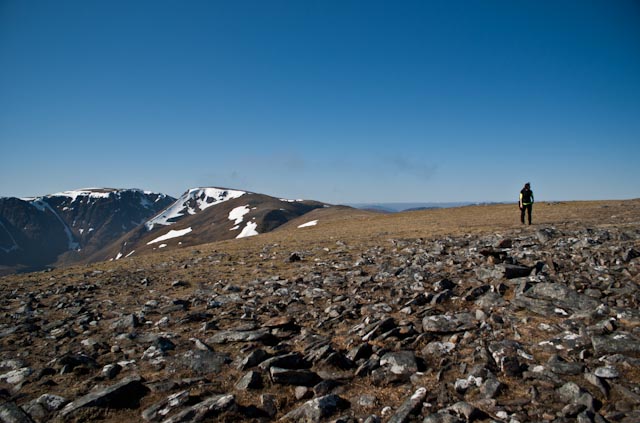 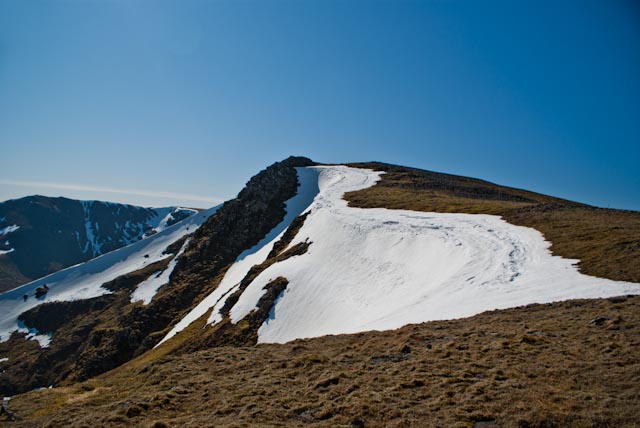 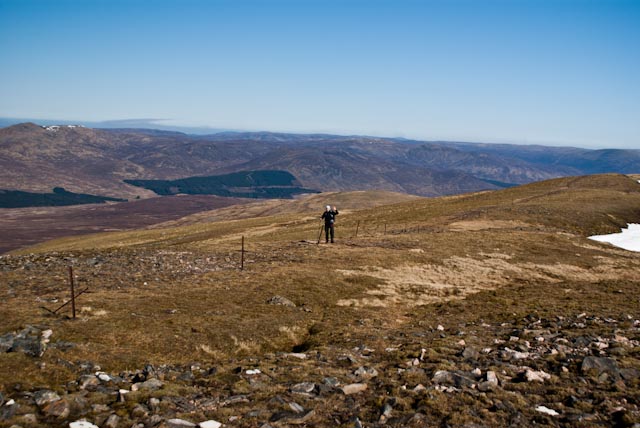 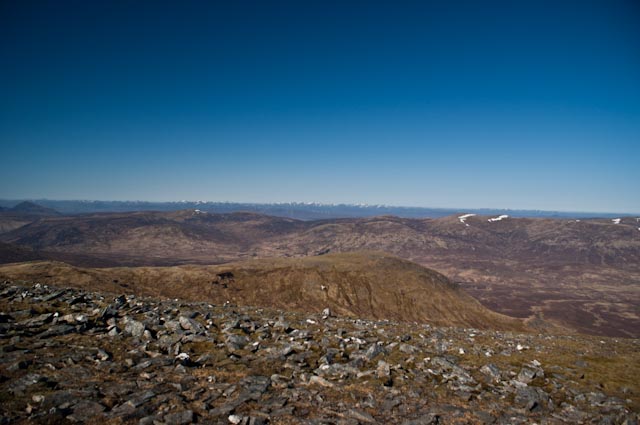 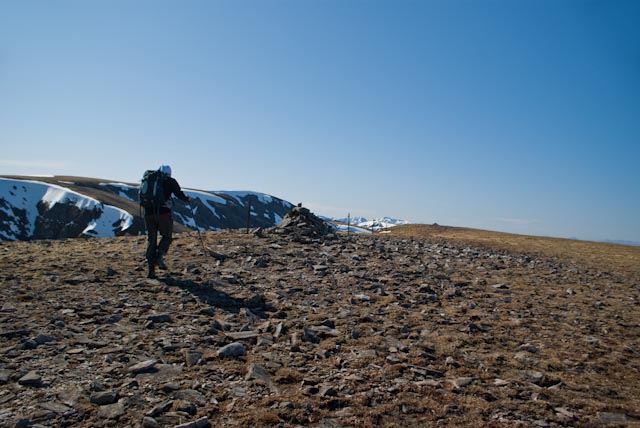 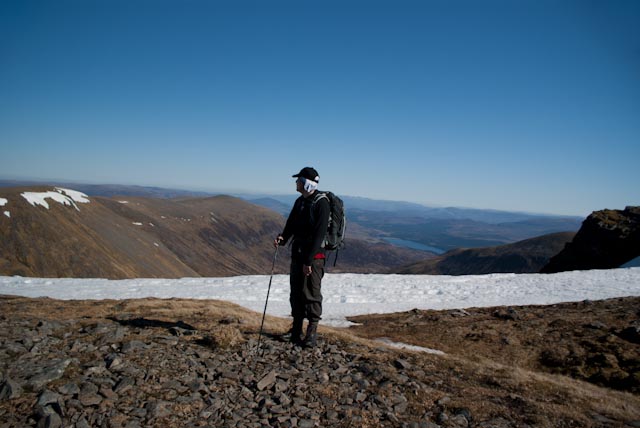 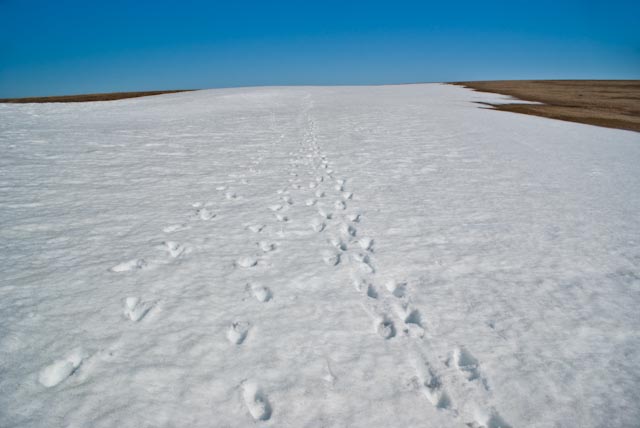 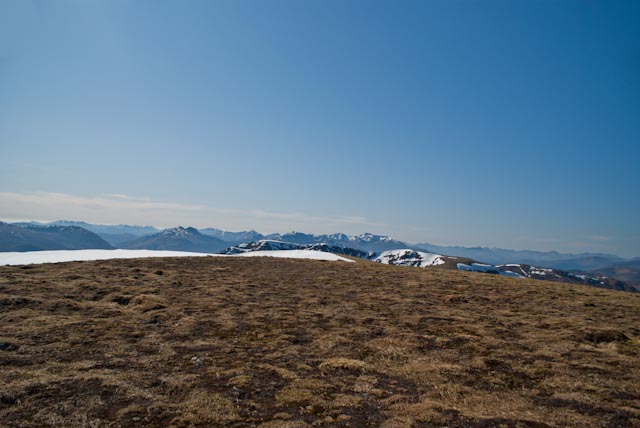 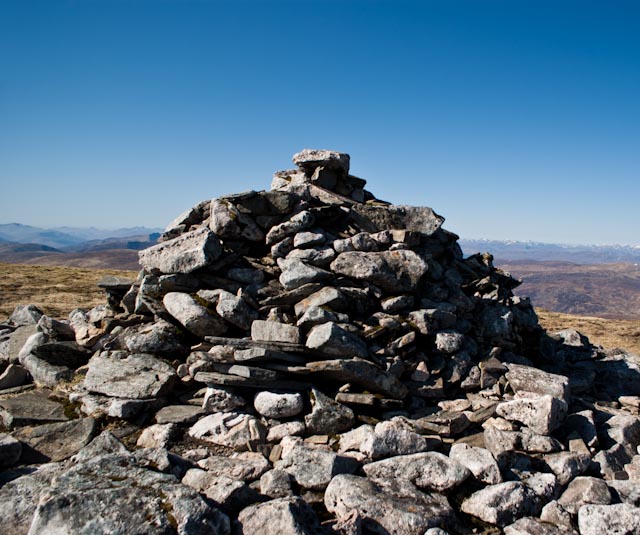 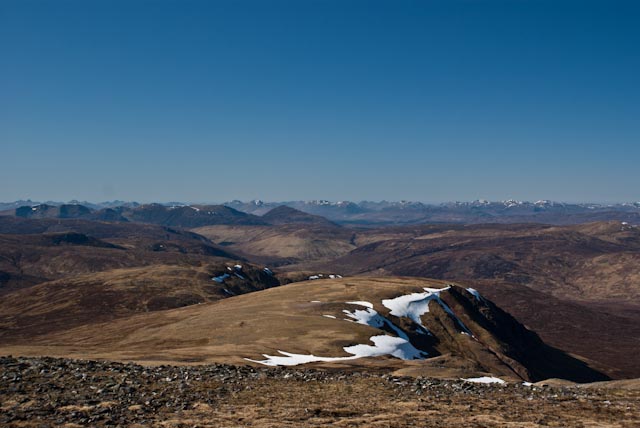 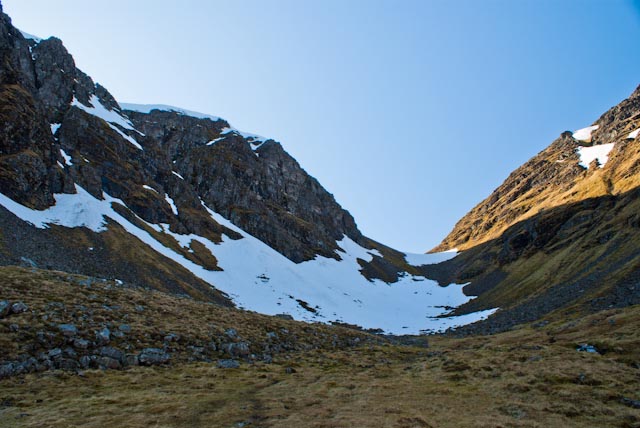 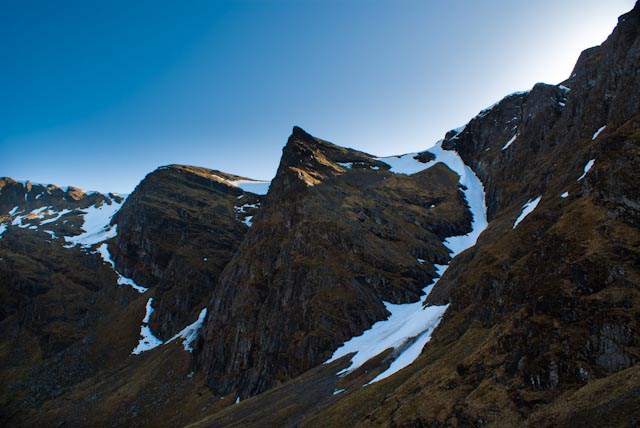 happy birthday to the young fella.

Well done on your 50th Munro.

Like you i always struggle to find the start of walks, but once on the hill i'm fine.

I really enjoyed this walk when doing it as had clear views all day. I did the 5 and had to hitchhike back to that car park.

Glad it was frogs and not humping hillwalkers

dooterbang wrote:happy birthday to the young fella.
Well done on your 50th Munro.
I really enjoyed this walk when doing it as had clear views all day. I did the 5 and had to hitchhike back to that car park.
Glad it was frogs and not humping hillwalkers

Cheers - it was a grand choice for number 50. I had read your report on the 5 a while back - looked brilliant

. If we hadn't another 3 days of hiking ahead of us the full set would have been realistic but we thought it was best to save some energy this time around.

RE: the frogs - you betcha! Imagine the sunburn they'd have experienced

We'd undoubtedly have legged it to the car even faster!

cracking report and photos. That great weather seems a long time ago

Cheers GGE - it was a braw day to be sure

But yes... I sincerely hope the sun makes a triumphant return in the not too distant future (having said that to do love hiking in the snow

Fantastic weather with some great photos. Well done on your 4 day walking. Superb

Thanks Monty! Being in the hills four days in a row was great

Wasn't sure we'd manage it but it was grand. Although I'm going to grab some shock absorbing insoles for similar attempts in the future as my feet were aching by the end of the final day.

Stunning pics in this one, 4 days would have left me crippled...reckon I need some of those insoles you mention, anyway congratulations are definitely in order here so .....errrr.....congratulations

ChrisW wrote:Stunning pics in this one, 4 days would have left me crippled...reckon I need some of those insoles you mention, anyway congratulations are definitely in order here so .....errrr.....congratulations

Insoles are the way forward for sure!