Lounging around in the Lowthers

Lounging around in the Lowthers


Normal service has obviously been resumed. Arriving at the Forestry Commission car park at Earshaig I couldn't see any of the hills I was planning on climbing as they were all hidden in the cloud. From the car park I followed the tarmac'd road east towards Kinnellhead. There is a closer Forestry Commission car park about a kilometer up the road, and there is space for parking at the end of the public road, just before the bridge, at Kinnellhead.

At Kinnellhead there are a couple of Rights of Way Society signs indicating the track to take to Queensberry. Once on the track I could see my first target of the day shrouded in cloud. I followed the track south west to the cottage at Lochanhead. Just before the gate into the cottage garden I turned west and headed up through an empty field. At the top of the field I passed through a gate and was on the hill proper.

From here it was a fairly straight forward slog up Queensberry Shoulder and onto the summit. The ground underfoot was a little damp, and if there had been more rain in the last few weeks this would've been a miserable slog. As I got into the cloud the wind picked, the temperature dropped, and I was starting to feel rain so it was on with the full waterproofs, hat, and gloves for the first time in a month! At the summit of Queensberry there is a large cairn and a number of windbreaks that provide shelter no matter which way the wind is blowing. I stopped and had an early lunch.

Leaving the summit I headed back down onto Queensberry Shoulder and picked up the fence line running north west. I followed the fence to the summit of Penbreck, as I lost height I came out of the cloud and could at least see up and down the valleys. Continuing to follow the fence I dropped down a very steep slope to the head of the valley at Capel Yetts.

The sun put in an appearance at this point which put a spring in my step just in time for the pull up Berry Rig and onto the summit of Earncraig Hill. Unfortunately, once on the summit I was back in the clag, so I didn't pause and continued following the fence west as it dropped down to the saddle at Daer Hass/Daer Head. Where the fence turned north I continued to the west and picked up a quad bike track which eventually rejoined the fence and then joined a proper access track just before the summit of Gana Hill.

There's not much to say about Gana Hill, especially in the clag, it's not up there on my favourites list! However, once I dropped back down the way I'd come a miracle happened and the cloud lifted providing me with some views! 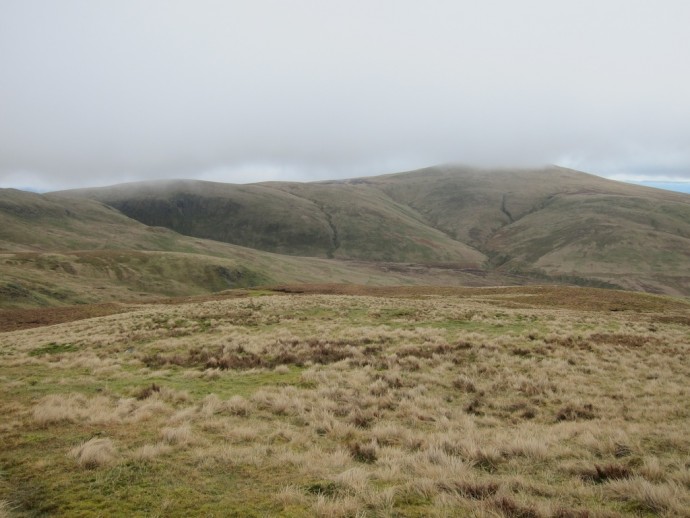 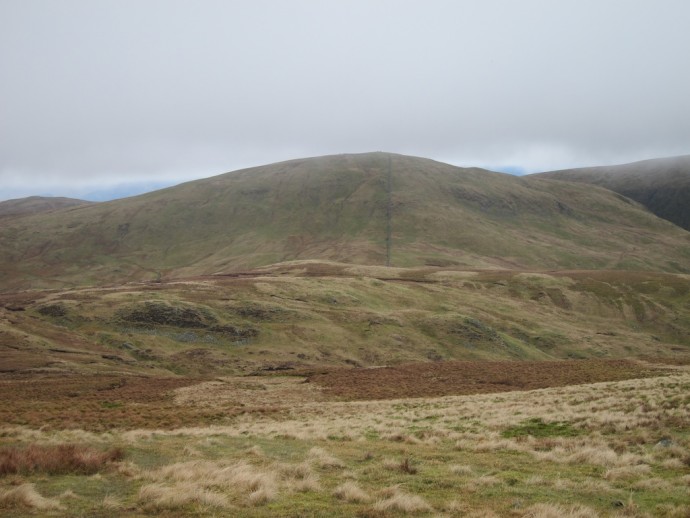 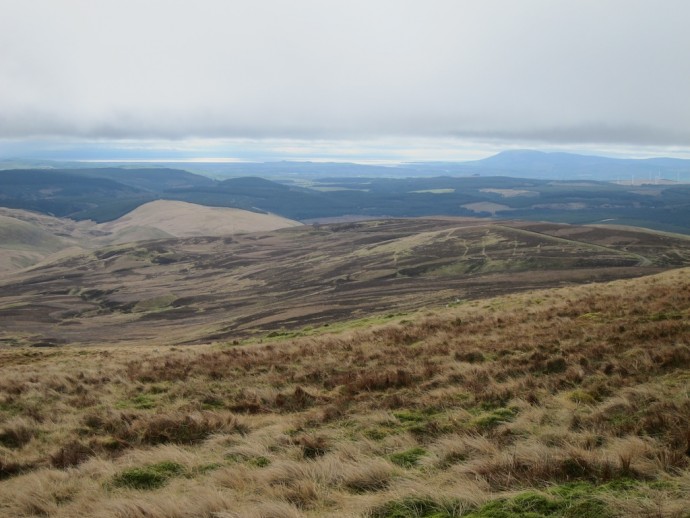 South to the Solway Firth.

Rather than re-climb Earncraig Hill I contoured round and onto the north ridge where I picked up another fence line that I followed down to Lamb Hill. When I got to Lamb Hill the cloud and rain rolled in again, obscuring all views and staying with me for the rest of the day. Leaving Lamb Hill I descended to pick up the end of the road at Knap of the Gate Craig. There's a ford over the river and a very rickety bridge, I opted for the bridge with no problems.

The final part of the walk was the long trudge back to the car, first on tracks and then on the tarmac'd road. The highlight was passing a field of sheep with some new born lambs.

Overall, an enjoyable day out in mixed weather. The route served my purpose (building up my miles for the Southern Upland Way), but if you're not interested in the distance I would suggest that access from the south (parking at Mitchellslacks) probably offers a better walk.


Queensberry.GPX Open full screen  NB: Walkhighlands is not responsible for the accuracy of gpx files in users posts