As Easter holidays go, it was a good one . I had a nice week off doing loads of fun family stuff, including getting the girls out on the hill but they had another week of freedom and I had to go back to work. A decision was made for them to head off to Grannies, which left me with a free Sunday afternoon.  I could have headed off to the big hills, but the weather was typically Scottish Bank Holiday conditions: drizzling with a cloud base around 500ft. I hummed, hawed and then packed a wee bag; the tent would be getting a holiday too.

In the end I decided to head out to the Trossachs, just to stretch my legs. As I arrived in Callander, the rain eased off a bit and it hinted that it might clear, so I though some delaying would result in dividends. The chap on the radio said it would be sunny and dry later in the day, so I mooched around the massively depressing outdoor shops of Callander for a bit. It seems that they generally all sell utter tat, with the exception of the Atrium, which had moved entirely away from the technical stuff they used to stock and have gone entirely fashion-oriented. I did find one North Face Summit Series T-shirt at the back, but that was it. Happily, their bacon baps are much more encouraging. I scoffed and drank and waited and watched. Surely my time would come if I was patient? Maybe even a nice sunset? The man did say it would clear up, didn't he?

After a while of munching and twittering, I cracked at the prospect of seeing another rack full of green fleeces and got back in the car and jaunted off to Ben Venue. Kitted up, I started off with reasonable hopes. Halfway up, it was blowing a gale, **** down and all I could see was the inside of a cloud. I've been heading to the hills for nigh on 25 years now; I've seen enough clouds. I turned tail, and headed back down.

A quick scoot over the Duke's Pass saw me in Aberfoyle, and even more depressing place to mooch about than Callander. Time was passed, painfully, and it seemed to brighten up, so back over I went to see the top of Ben A'an clear of the cloud.

I love Ben A'an. It's a great week hill with a view that should be reserved for something a good bit bigger, but it doesn't care. It happily flicks two fingers to it's larger cousins and carries on being a wee mountain.  I passed about a million people on my way upwards, some slowly making their way up and hordes making their way down. When I reached the top, I was delighted to find I was alone. No wonder. It was a tad windy and lobbing it down, ideal gear testing weather. I spent over an hour on top, waiting for the prophetic clearing of the clouds to reveal the sun. When it came, it lasted a little over three seconds, then the rain came back on.

I love living in Scotland, even the weather has a sense of humour. 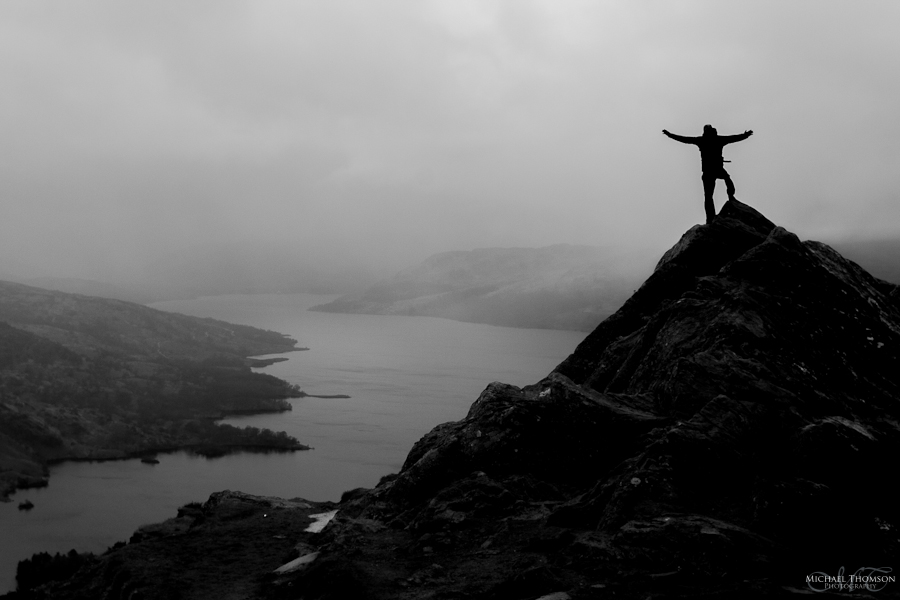 Fast forward two days. I planned to do some gardening, but when I got out, my back complained bitterly. I had tweaked it shifting a load of logs the week before and it was not happy. Maybe I needed to stretch it out, with a nice stroll. I looked at my watch and saw it was roughly an hour till sunset and the clouds were clearing.  Maybe this time?

Twenty minutes later, I was walking away from the car in the Ochils. Dumyat is another hill that punches above it's weight, but keeping this sort of thing up will result in me renaming the site to Scottish Bumbly.

There wasn't much time, so I jogged up. In boots. I did get some funny looks from others but I also got a sunset, so it's all good. Sanity is restored and three wee hills helped. Resurrected on Easter weekend? That'll do me.  It'll be a proper mountain next time, honest. 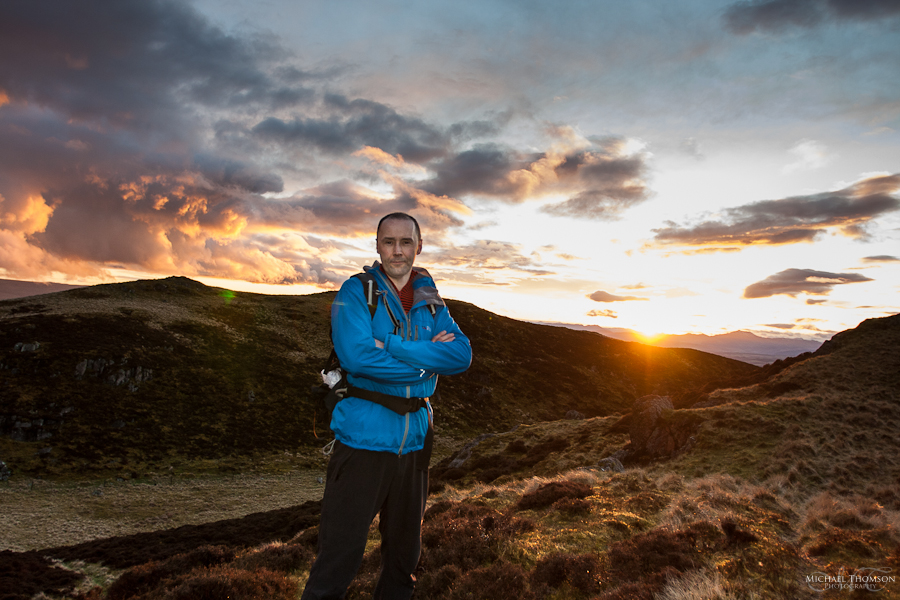 I've only been up Ben A'an once but it is one of my favourites and Dumyat is almost on my doorstep. I really love the colours and lighting in your shot from Dumyat, I have headed up a few times to try and catch a sunset but never get one, typically there are beautiful skies when I am stuck at home!

I've been in the same boat so many times! I was lucky that night. I also managed a double rainbow photo too!

Love the pic on Ben A'an there Michael,,wee hill is fab, great for a couple of hours away from it all. Gill