So mid week sneaky peak club time again. First trip out since Kintail so much excitement. A large group. Polly, Andy, Mark & I.
Target Lochnagar. Mark picked me up at 05:30, then on to Polly’s & finally Andy at junction 11, where he lives in a small dogging lay-by.
Much banter & high spirits in the car. 80% cloud free from noon, so a walk in the snow followed by clear tops & grand views was on the menu, until about 3 miles passed Spittal of Glenshee. Heavy snow & several lorries parked up. Quick chat with one of the drivers who said there was another lorry stuck just at the next bend. We decided to press on. Managed past the stuck lorry, but then had to turn back. Then as if by magic a snow plough arrived, so we turned again & followed it up with another car in between, they lost their bottle & slowed down just over the brow of the hill leaving us stuck on the hill. So turned again & back down we went.
So what now? Mark had been driving for nearly 4 hours & definitely deserved a hill or two. We drove up the estate road from the Spittal of Glenshee to the hotel & parked up. What lovely people. Paid our £2.50 for the parking & whilst Polly downloaded view ranger route. I got the receptionist to print of the WH notes & then Andy went back when I realised that the map I had did not cover the route & she printed that off for us too. It was snowing pretty hard at this point so we used their garage to get suited & booted.
Once out of the woods there is a sign taking you off the track & through a field so you do not walk through the farm & you regain the track on the other side.
We then looked for signs of the path to avoid the river crossings but no chance of seeing it in all the snow so we decided to stick with what we believed was the track we were walking on.
First river crossing safely negotiated & only me with wet feet. Feet felt dry by the time we crossed again, but definitely wet after. Into the Glenlochsie lodge to make clothing adjustments, because all though it was still snowing we were all too hot. Long before this we had seen what looked like the old railway track bed higher up on our right so made a mental note that we would pick it up if we returned that way.
Onwards & upward & before long we were high above the ruin & starting to lose vision ahead.
The notes say ‘the track continues up onto the dome of Glas Tulaichean, detracting greatly from the feeling of being out in the hills’ err not today.

After what seemed an age Mark spotted the fence post were you leave the track & head for the summit, then another & then the trig. Hurrah!

Today it was a cold & exposed spot, nowhere to shelter down for a spot of lunch. While I fafed about with my phone the others dropped down a little past the trig & came back looking whiter than the snow. Not that way for lunch then. We went back to the track & stood about for a quick bite before deciding the best plan was to head back down. As we descended the blue sky started to appear & we had to stop to remove more layers. We had a tea break at the old lodge before crossing the wee bridge & taking the railway bed back. In the snow this was a bad idea, kept tripping over old sleepers that we could not see & underfoot it was very wet & boggy. Once we saw that we were past the two river crossings we dropped down onto the main track back to the Hotel where we partook of some refreshments & Andy tried to photograph the two stuffed red breasts behind the bar.
So not our intended day out, but top fun once again. View from the Hotel Garage Looking back to the lodge 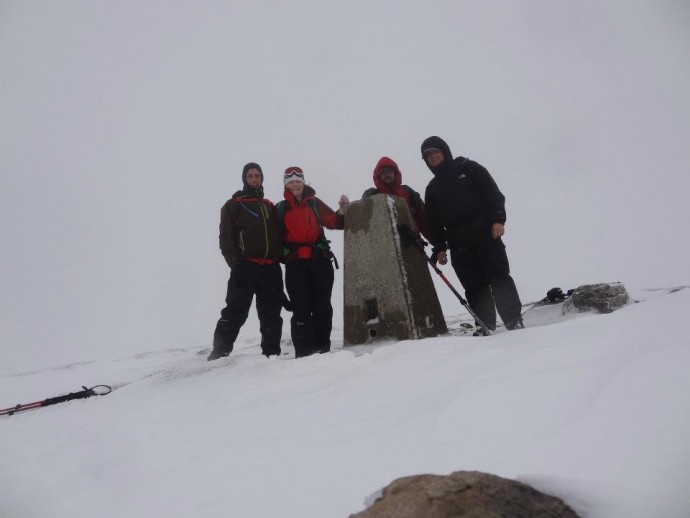 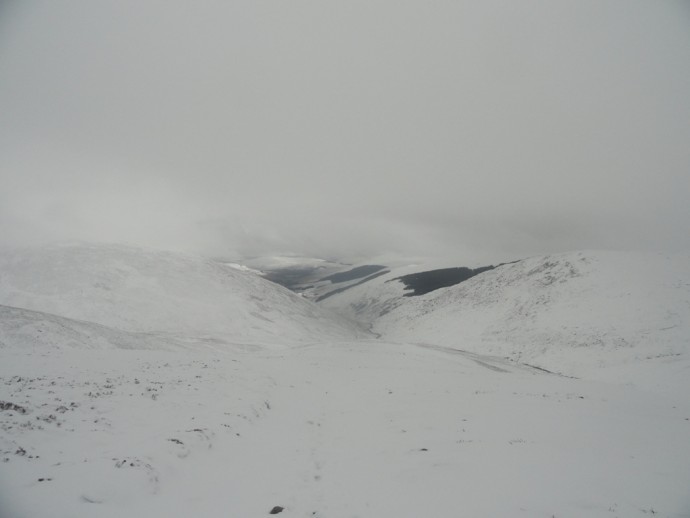 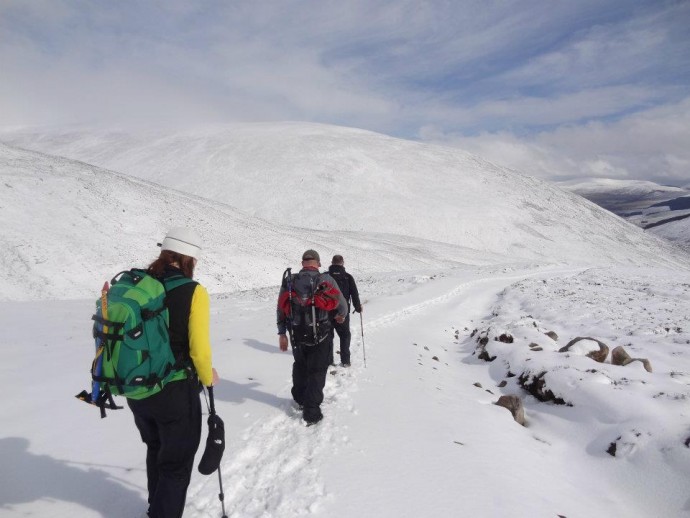 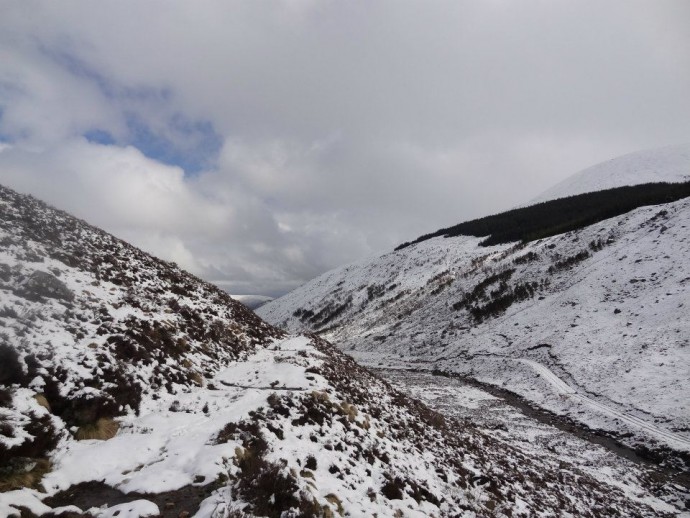 Back on the track

But they look a lot better with snow on them though

Well done jonny looks like you had fun with out me

Thanks Jonny for being the group scribe AGAIN!!!

Fantastic report and cracking photos of a very memorable day!!!!

Thanks to Mark for doing all the driving- epic stuff mate

And thanks to Andy because we love him even though he's from 'red sauce land' !!!! Oh and for his enthusiasm for going to the bar- a lot!!!

Top day with great company.... Do you think the two hillocks at the hotel should be added to the Munro list?

Cracking day, even though we were beaten by the snow on the road. Def worth a return visit to further appreciate those hillocks Andy

Thanks for a great day guys.

Forgot to say....don't ever play Polly at darts, she's a hustler!!

wow- cracking stuff Jonny, hard to believe that there has been such an incredible transition in the weather, congrats to all for carrying on in the face of adversity. A couple of lovely shots with the blue sky peeking through

It was a fluke honest!!!

Give me a tenner and I'll prove it

Good effort team, i was out this day as well down Dalmally way also in snow. The Lochnagar round would have been a killer in these conditions

Good one jonny,always good to have a plan b,will try & get a walk sorted with you all soon.

Chris, if there were more trees it could have been your neck of the woods

Andy, if you can climb em there must be a tick list

Good stuff jonny. Like the improvisation and never give up approach when faced with Plan A going down the pan! April eh - what's it all about?????

Excellent walk in that conditions well done to the team