Having missed the previous weekend with family commitments which saw Su and myself enjoy a great time in St.Andrews with my sisters and brother-in -law, enjoying a rare (for me) game of golf on the New Course where I managed to play to my handicap,

I was also aware that we needed to keep up our fitness and decided on trying to clear off the Perthshire Munros of Sgiath Chuil and Meall Glas.

Arriving in good time at the car park at the end of Glen Lochay we walked to the Ford at Lubchurran and made our way passed the cottage and up the land rover track till we came to the dam and crossed over and headed straight up to gain the ridge which takes you all the way to Sgiath Chuil. 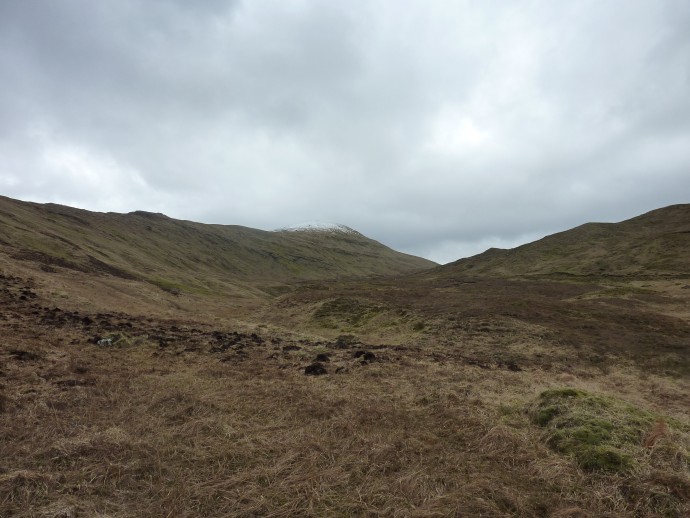 The views were opening up as we gained height and we could see back to Meall Ghaordaidh and across to Creag Mhor and west to Ben Challum. 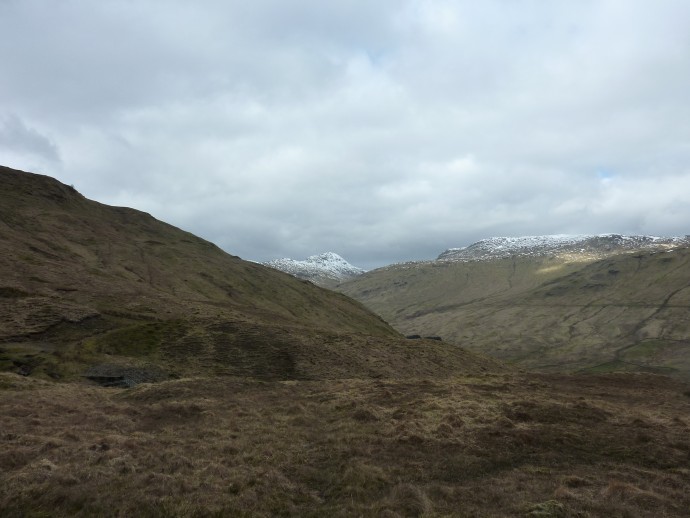 Across to Creag Mhor

I was surprised that it wasn’t as boggy as I was led to believe, but it still seemed as if we were never making any real progress. Bright and sunny as it was we were subject to the odd shower of snow or hail but nothing to worry about. As we carried on the snow covered top was getting nearer and a couple coming down from the top of Sgiath Chuil gave us an idea of what to expect when we got onto the plateau which led to the top and now we knew what was expected we got on with the job of walking through the snow to get up and onto the plateau that takes you to the cairn. The Plateau which takes you to the cairn Without too much bother we soon reached the cairn and had a time out to eat our lunch. As we had a bit of shelter it was a grand view across to Ben More and it was a grand sight as it glistened in the sun. A wee bit of shelter at the cairn 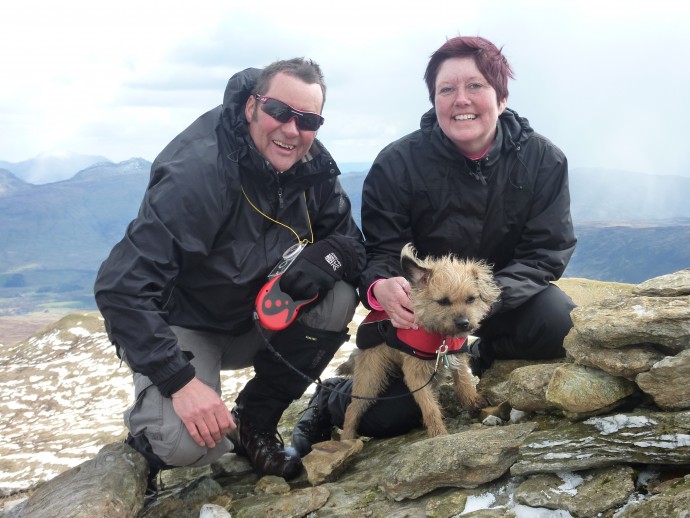 We realised, however that Ruby wasn’t coping to well with the snow and decided that Meal Glas would wait for another day. So we made our way back the way we came and planned to fit in Meal Glas from Glen Dochart another time. 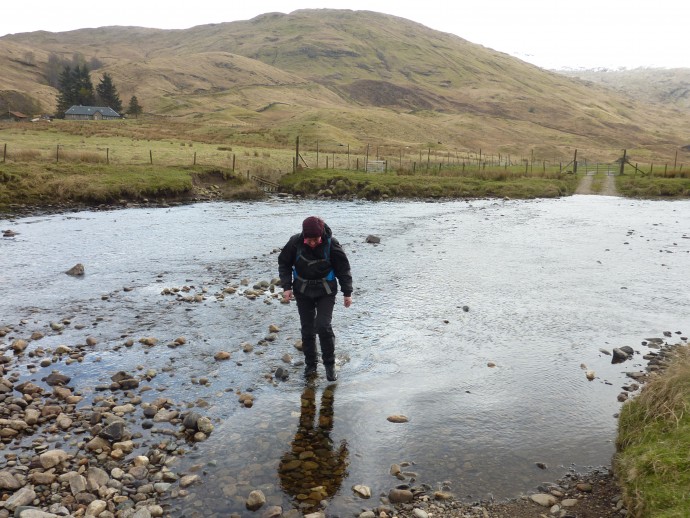 Glad to report that Ruby was fine once she got back onto grass and had no effects from the snow.

Always like reading your posts jockstar & this is no different.

Glen Dochart is a good idea for Meal Glas.

Nice work there and clear on the summit. Great stuff Jockstar, Su and Ruby

Did Meall Glas from Glen Dochart a few weeks ago..... probably about the worst bogfest we've encountered, worse than Ben Challum and An Caistel............... nuff said. Great views though from the top.

weescotsman wrote:Did Meall Glas from Glen Dochart a few weeks ago..... probably about the worst bogfest we've encountered, worse than Ben Challum and An Caistel............... nuff said. Great views though from the top.

Thats what i heard about and was very wary with the dug not to get into a mudbath!!

Think his wee legs would have needed more than a doggie paddle to get out of some of that stuff......

Well done you guys. I did these too separately as well but both from the Lochay side.These two are not boggy from the lochay side its the evil ba****d on the other side thats boggy

Nice one Jockstar ,su and Ruby
done this one with some of the WH gang planed to do the both but conditions decided against it.

Jockstar wrote:..........enjoying a rare (for me) game of golf on the New Course where I managed to play to my handicap

Not being a golfer, I think this is a much better way of going for a walk

Like you and some others who have commented, I have done one but not the other. Did MG but not done SG yet. Did MG from the Lochay side and want to do SG from the Dochart/bogfest side. Definitely waiting for a nice, crisp, hard frozen winter day.