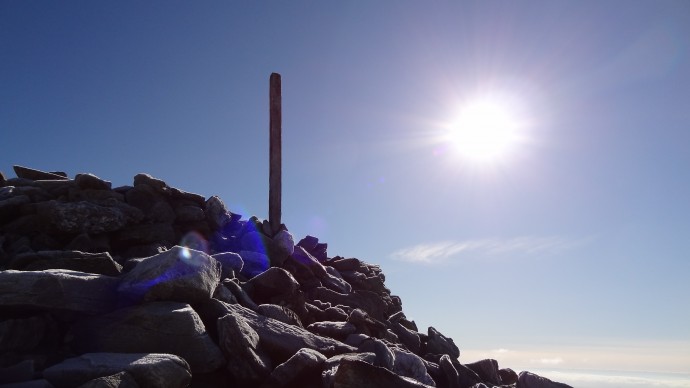 The forecast was looking good for the weekend and having spent a day at the Hawcraigs on Saturday I thought I’d chance my luck and fit in a wee hill outing on the Sunday!! In order to not completely deplete any brownie points I had left, I thought I’d make an extra early start with the expectation of getting home early too

With this in mind I woke up at 05.15am and was in car about an hour later (should have packed night before!!). It was clear skies and a frost and things were looking great. Driving west to Crieff I could see a snow capped Ben Vorlich looking clear, visibility was looking fantastic.

Everything was going to plan until the wildlife decided to prevent easy passage to the car park at Loch Turret (video explains all). Anyway that small set back cost me around 15mins believe it or not!!

However I planned on making back the time as I had brought my bike with me. Left the Turret car park at just before 7am. Only a camper van there at this time. The sun was out however the track runs along the east shore of Loch Turret and due to this it was in the shade until after the loch which led to cold fingers!!

The ride along the Lochside was a bit up and down but mostly up so was looking forward to ride back. I left the bike just before the track started to descend near Lochan Uaine. I was planning on heading NW from here to the path up to the headwall near the Bealach na Gaoith, however the ground was really boggy so I opted to head across the heather and head in a more westerly direction up Creag an Lochain Uaine. I headed up the crags and stopped just before reaching the NE slopes of Ben Chonzie. This was a cracking spot and a small refreshment was had overlooking Loch Turret and Strathearn from high up. Once through the crags the broad summit ridge led to the summit. It was a cold biting wind up here but the views took the mind off the cold. In the distance there had obviously been a lot of snow as the Cairngorms were shining. Nearer Lawers, More and Vorlich had their winter hats on too!. Great views. It was now 08.50 and time to go before those brownie points diminished!!

I opted to descend the way I had intended to go up , via the Bealach na Gaoith and onto the steep wee path until the boggy ground was reached. Once back at the bike it did not take too long to get back to the car. Reached the car at 10.10.

With none of the “obstacles” blocking the road on the way home I was home before 11.00… Cracking….. 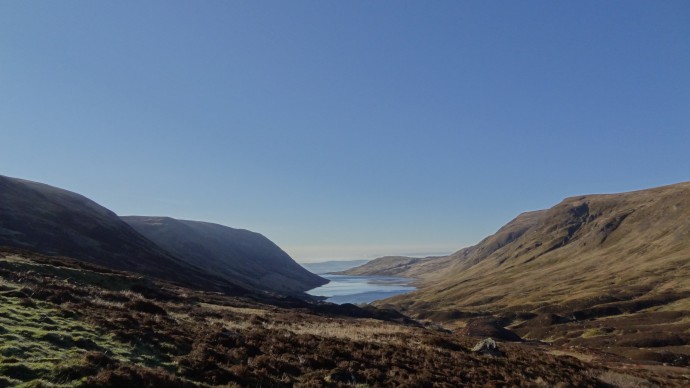 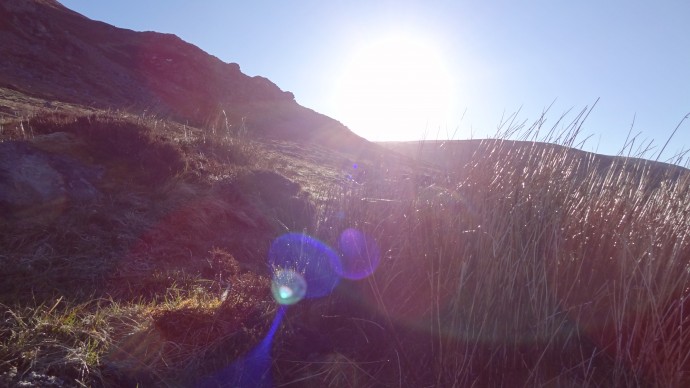 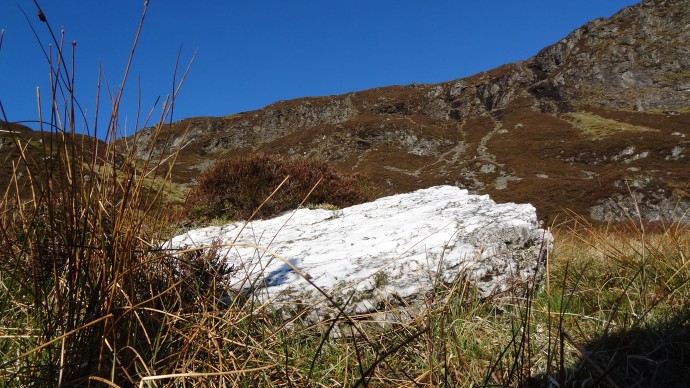 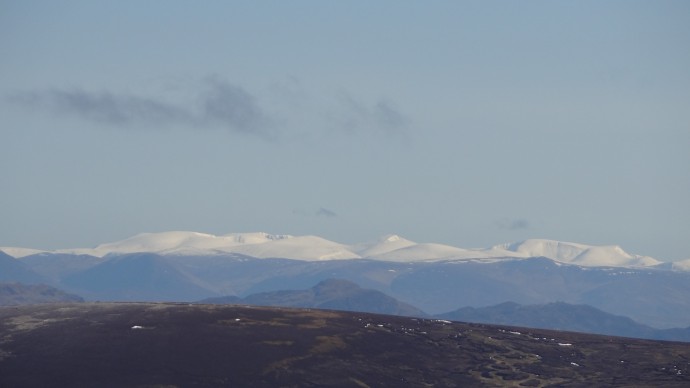 Re: Chonzie on crystal clear morning (Glen Turret with Bike

Hard to believe that you guys had such lovely sun - it was absolutely chucking it down here, windy and cold.

Re: Chonzie on crystal clear morning (Glen Turret with Bike