I decided to stretch my legs on these two hills as they were on my way north to meet up with Brother John to do a few days walking north of Ullapool. 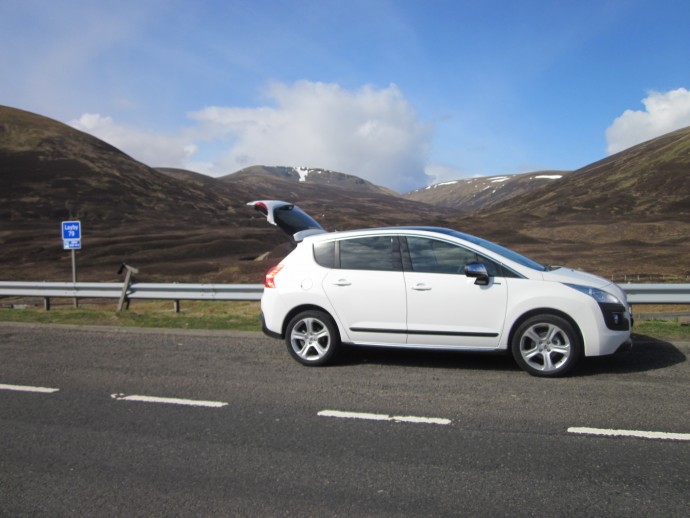 New car at the start of the walk 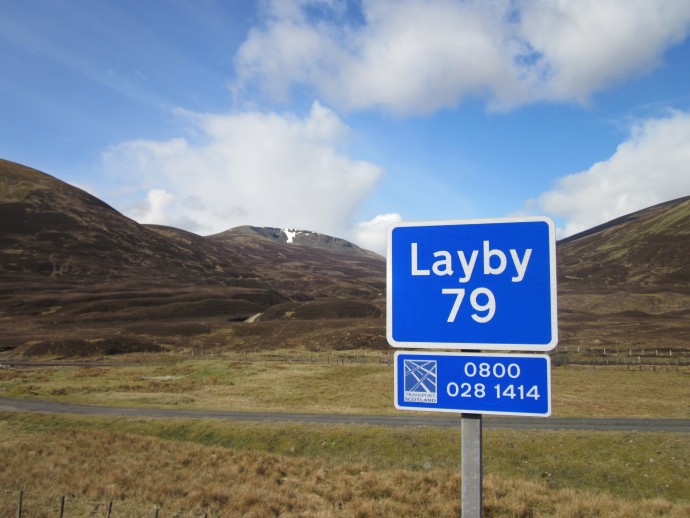 Start of walk with views of Sgairneach Mhor behind

I parked at lay-by 79 on the A9 close to Drumochter Summit at about 10am and headed of along the track and across the railway line heading up the track into Coire Dhomhaim, after a bit I came to the first bridge across the stream I took this one although there is one further up stream, I think either will get you where you want to be. I headed up at an angle to meet the east ridge of Sgairneach Mhor it took a while to find much of a path but the ground was unusually dry so the going was fairly easy. I had a short break before the final push to the top of Sgairneach Mhor. 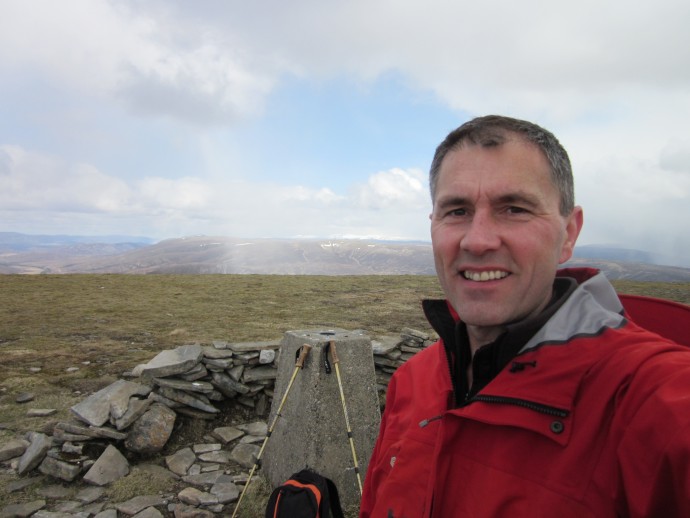 The weather had stayed dry and clear with only a suggestion of snow in the cold wind at the top. Soon I was on my way southwest then northwest to the bealach 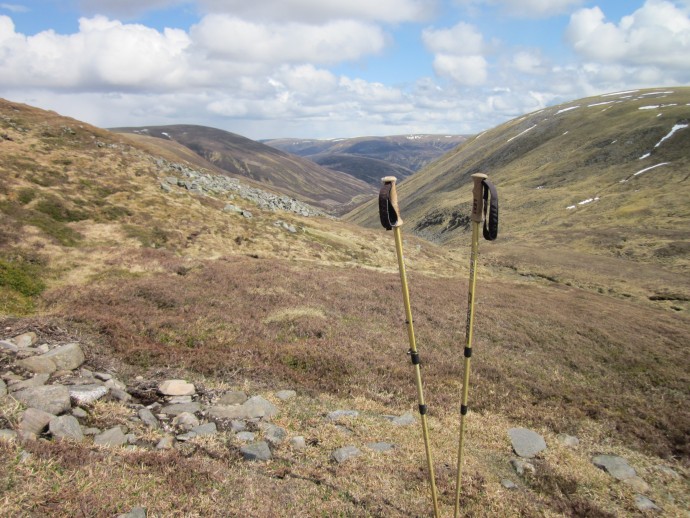 View down into Coire Dhomhain from the bealach

then it was time to headed for Beinn Udlamain. Great views of Ben Alder and Loch Ericht on the way round, the large cairn on the top looks like it has been used for shelter with different areas for sitting in depending where the wind is coming from. 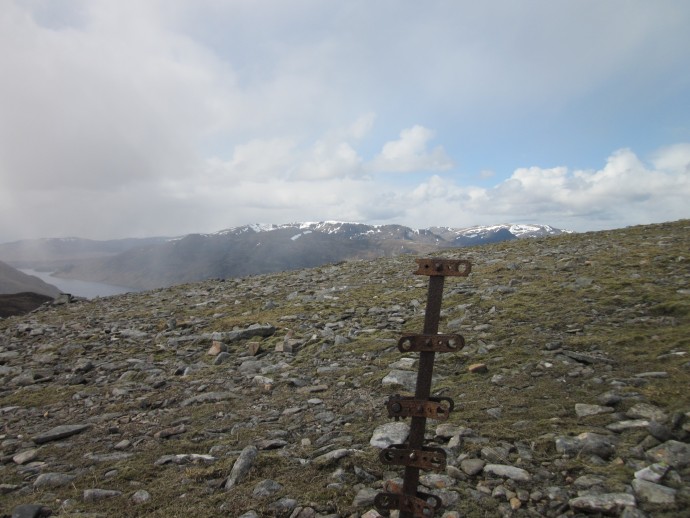 Walked on a bit before stopping for a break then it was all down hill and back to the car.

Re: Beinn Udlamain and Sgairneach Mhor

Good to see you had a bit of snow around for these ones, really livens them up, especially that corrie on Sgairneach Mhor