Corbetts included on this walk: Beinn a' Chaisteil (Strath Vaich)

We needed a short day today as we were driving home afterwards so Katie suggested Beinn a Chaisteil. We parked at Black Bridge a couple of km from the Aultguish Inn. The walk up Strath Vaich was very pleasant. Bright sun, skylarks singing, lots of lambs, some ponies, some Highland cattle. After about 3.5km we reached a weir and a bridge and turned right to pass through a gate and pick up a track which crosses the side of a small hill and leads up to a broad track which contours round the slopes of Meallan Donn. We crossed the track and climbed to the top of the aforesaid hill before carrying on along the broad ridge towards Meall a Ghrianain. 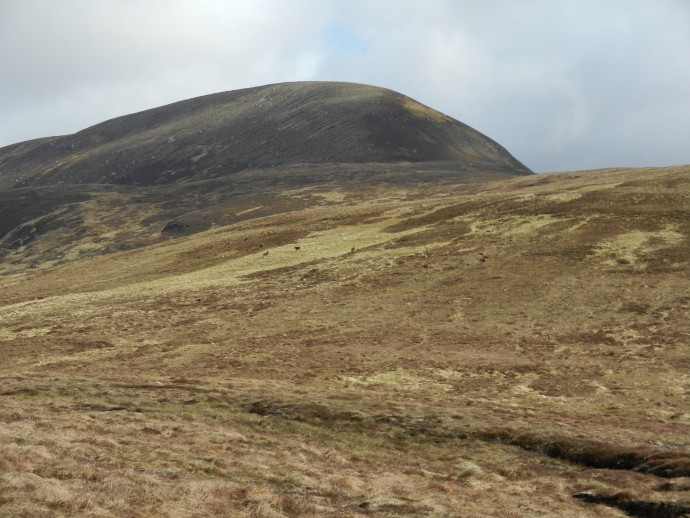 A few deer on the way to Meall a Ghrianain

The last part of the ascent is pretty steep but a path appears out of nowhere and zigzags to the summit. Hastily putting on lots more clothes as the temperature fell and the wind chill kicked in we continued north, descending about 150m to a broad bealach. 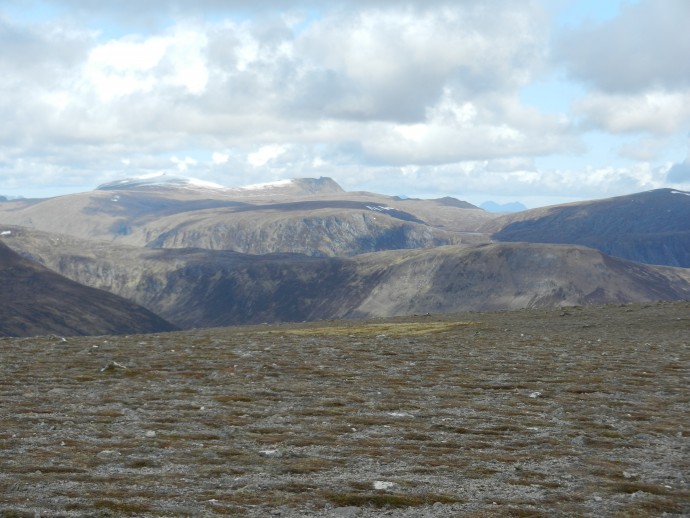 Seana Bhraigh and Suilven in the distance

Then up to the trig point at the summit of Beinn a Chaisteil. 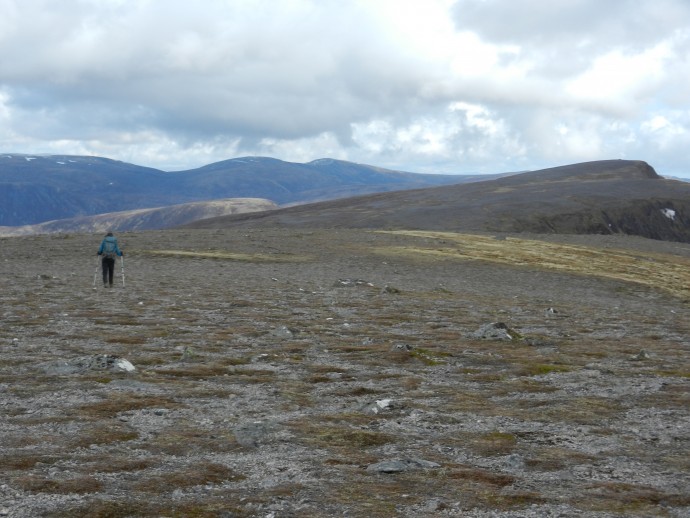 We retraced our steps towards the bealach before descending south west to meet the track alongside Loch Vaich near two buildings. 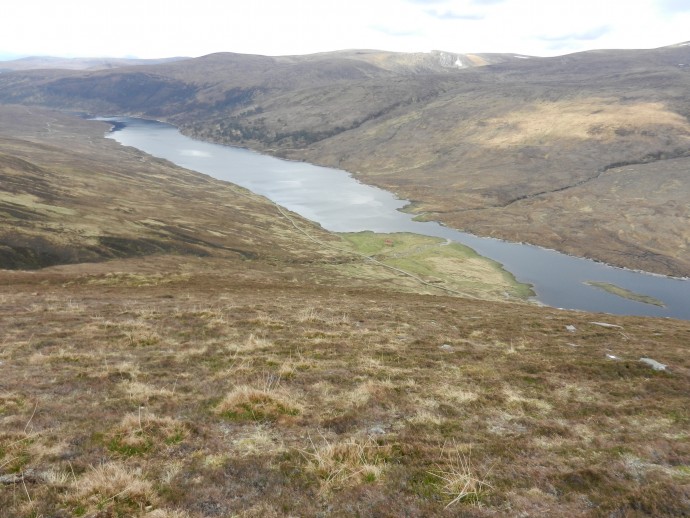 On the way down we passed a cairn and from there onwards there was a reasonable zigzag path. 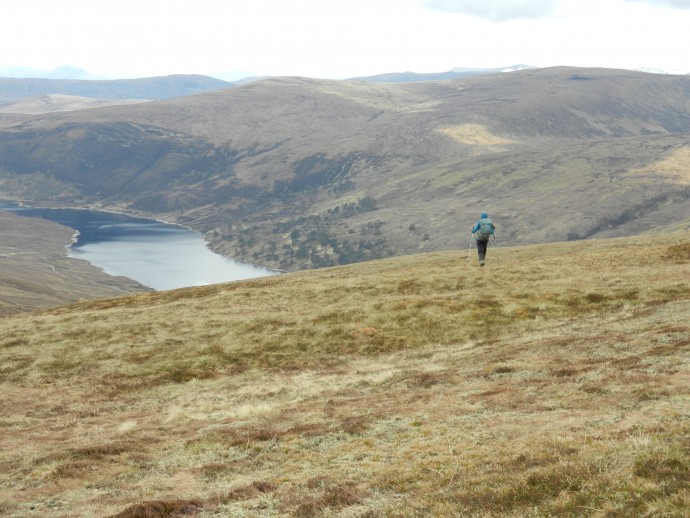 After lunch we walked out along the track to Black Bridge. 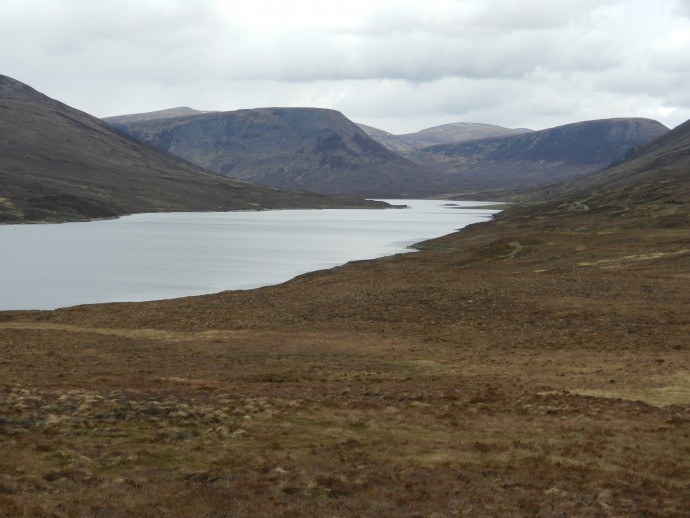