John dropped me off at the entrance to Inchnadamph Hostel at 9am the weather was dry but windy. Conival from the path up the side of the burn.

after about 1hour 20min the path heads up towards the bealach. The path gets steeper and gets boggy in places. Once I reached the bealach the wind which had been blowing steadily the whole time really picked up making life hard. I reached the top of Conival at twelve and had a quick snack. 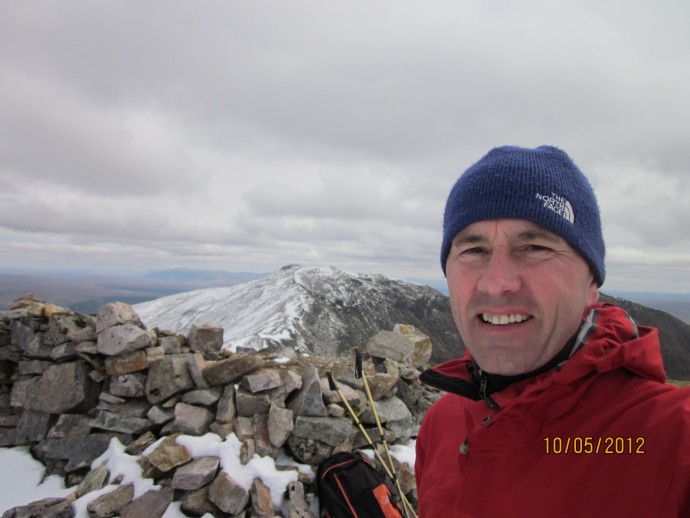 A bit of crispy snow on top made the top look impressive. I then headed down through the snow and boulders towards Ben More, wind blowing the whole time and a lot of patchy snow made it feel quite wintry. The last dip before the top of Ben More caught me by surprise but was not as bad as it looked. 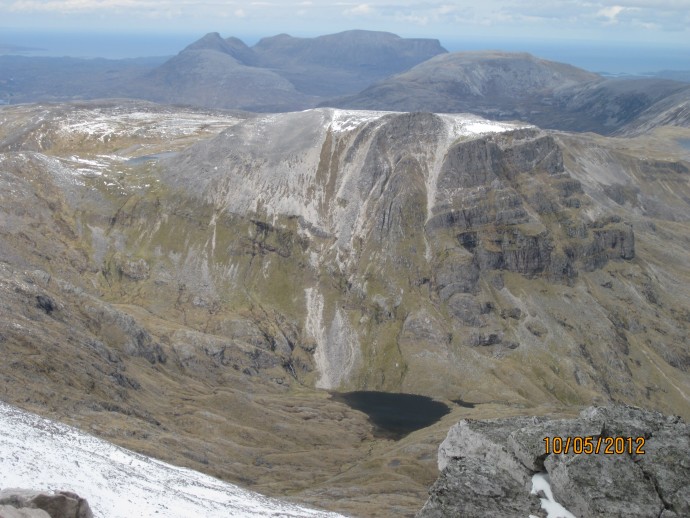 I was soon at the summit of Ben More I took a couple of pictures of the amazing views then it was back the way I had come meeting a steady stream of people on there way up. After the usual knee jarring trip down hill I was back at the car park to meet up with John and head back to Elphin for the last night.