]As the heading says this was an assault on Ben Lui.I've not posted my last couple of walks due to them being quite straight forward and uneventful.Saturday morning myself and Donny and his wee dog Rosie went to Ben Lui and it was a cracking clear day for a walk.

We started out at 8.20 and had a wee wet crossing right at the start.When we got on to the path next to the forrest the gps was telling us to cut threw the forest but Donny had done this a couple of times previously and said we should opt for following the track threw across the bridge cutting out the boggy marsh, we would find out how boggy on the way back. 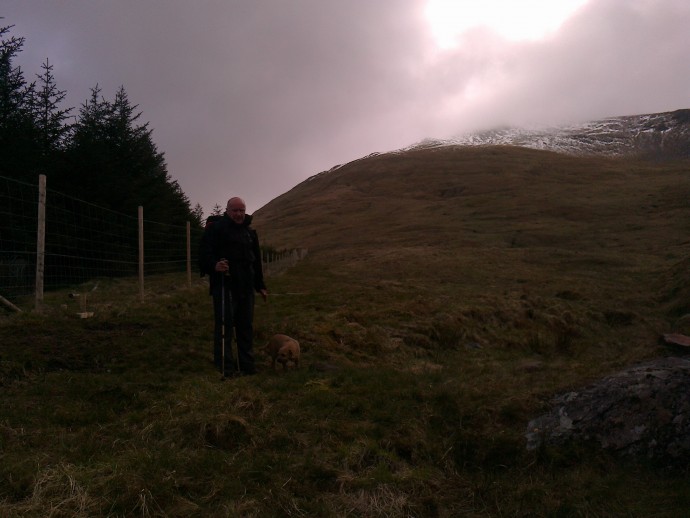 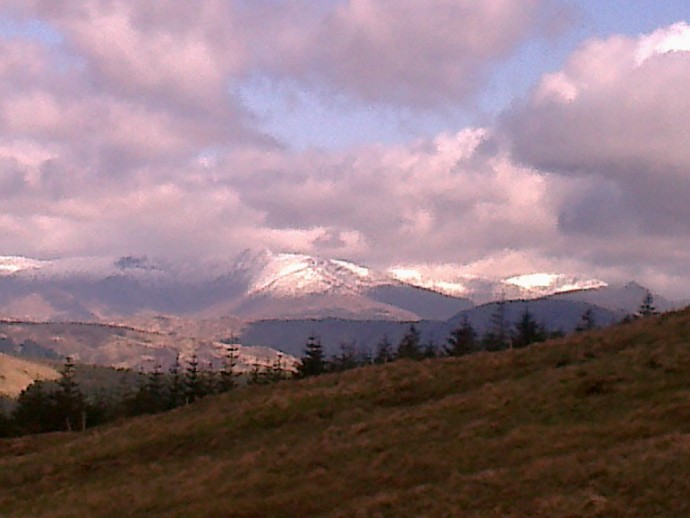 still got a wee bit to go As we started to hit the snow wee Rosie did not like the thought of her first munro way cold feet so Donny and myself took turns in carrying her the last bit of the way.We got to the top at 11.20 and I was cream crakered 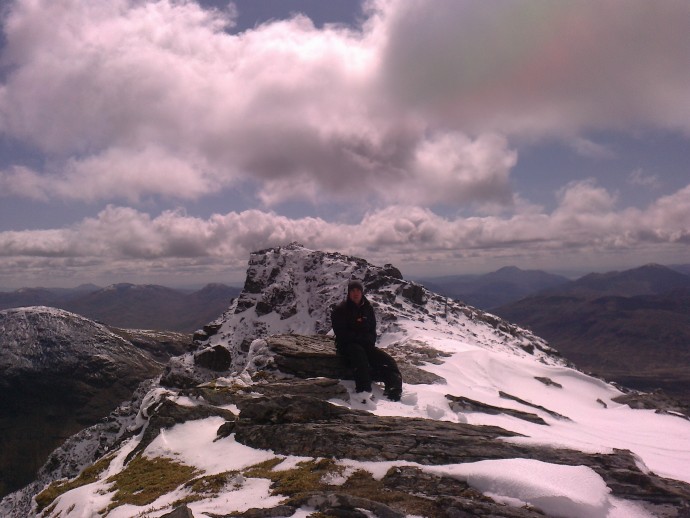 As we headed back we bumped into a guy Tim from Lothian young walkers who told us the way he came up through the forest and we decided to go back that way talk about boggy,we also cut back accross the river that way which was a bit hazardous but made it safe back to the car at 2.20 good day just a bit tired learn not to train to hard when there's a walk the next day.

nice pics Peter... you should have went for the other one... it is only a short walk..

mountain thyme wrote:nice pics Peter... you should have went for the other one... it is only a short walk..