A wonderful day in the Arrochar Alps! (and my first walk report!)

, I wasn’t sure about taking him on this one though as he is only thirteen and it’s a long way! He was eager to come however so I gave him the chance.

We left Glasgow at 0815 and arrived in Arrochar at 0915, we parked the car in the Succouth Car Park, paid the fee (£1 for the whole day, bargain!), geared up and had a Lucozade before we set off.

The path leading to Beinn Narnain could easily be mistaken for a burn (we almost missed it), it immediately became very steep and rocky under foot and we started to gain height quickly with some terrific views over loch long and Arrochar.

View down to Arrochar and Loch Long; 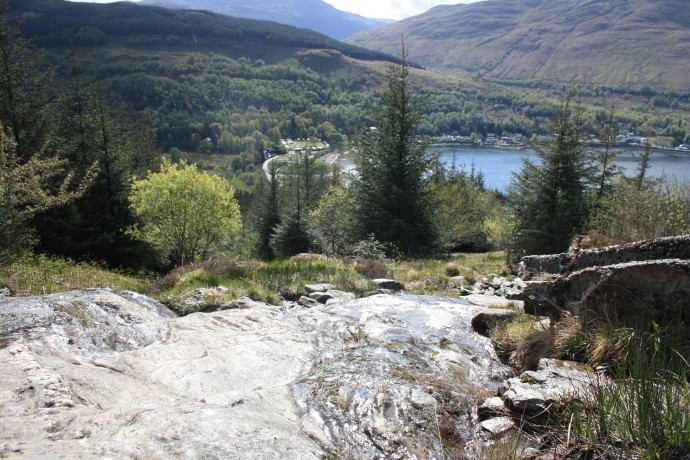 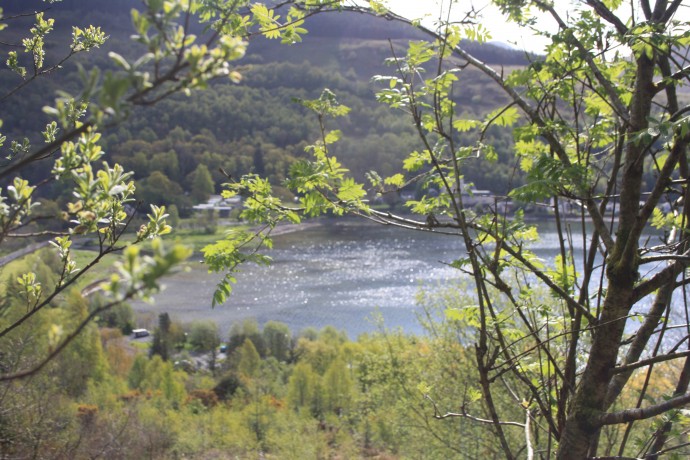 We made it over the first false peak where we got our first views of The Cobbler; 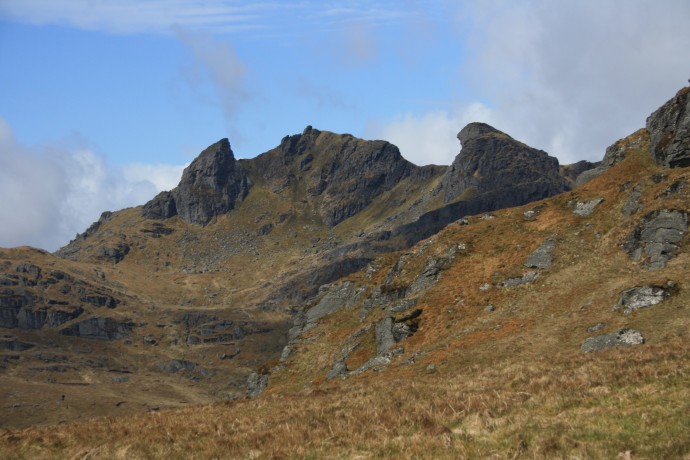 Stopped for a water break on the Cruach nam Miseag where we got some fantastic views over Loch Long and to Ben Lomond, from here we could finally see the true summit of Beinn Narnain. 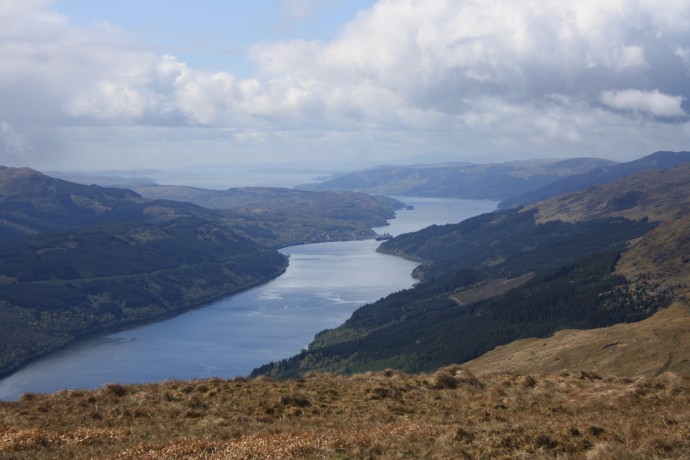 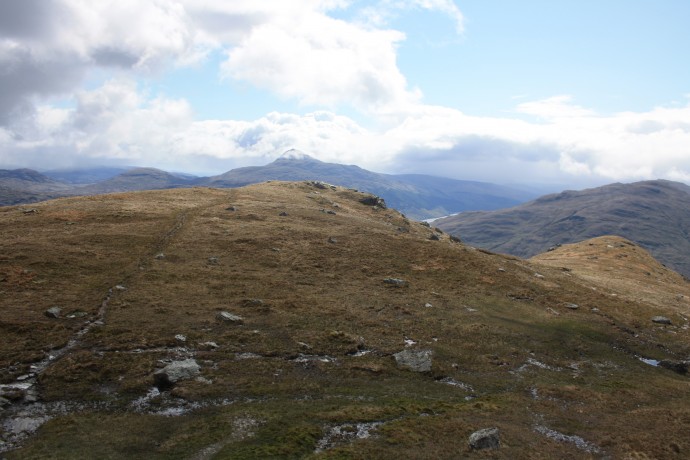 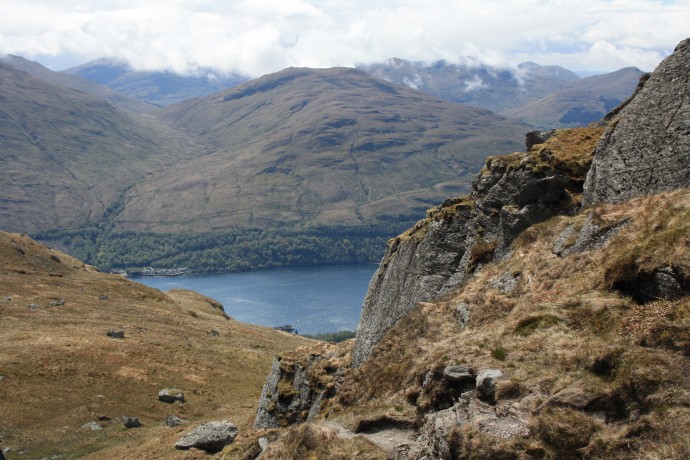 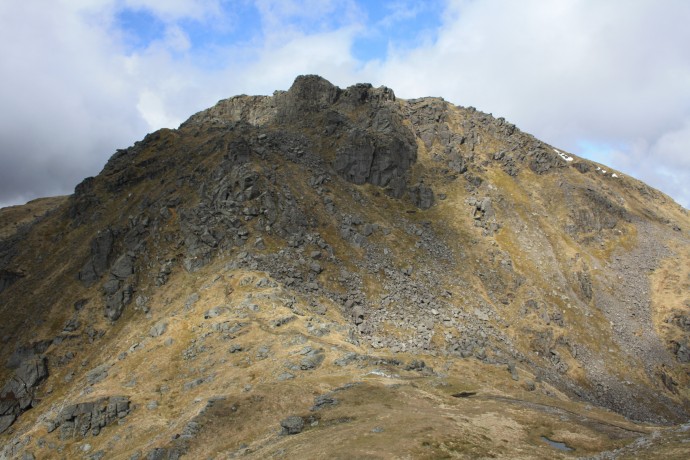 A new profile photo for me 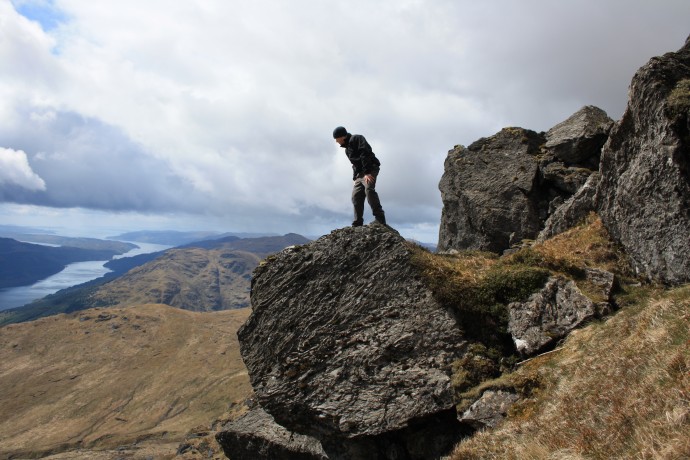 Enjoyed a mini scramble before we reached the summit where we got our first views of Beinn Ime; 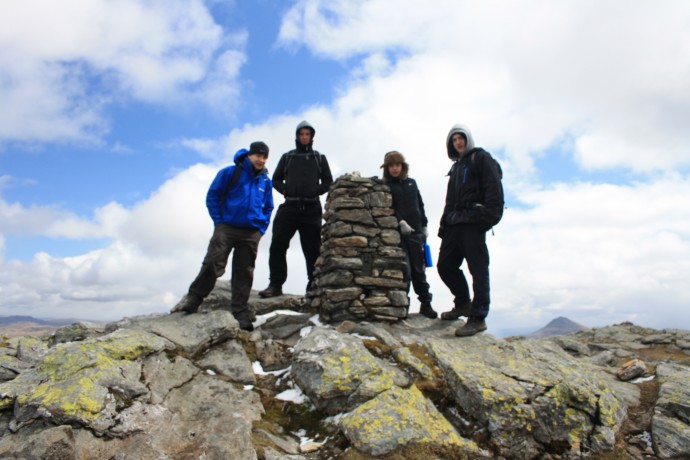 Trig point with Ben Lomond in the background; 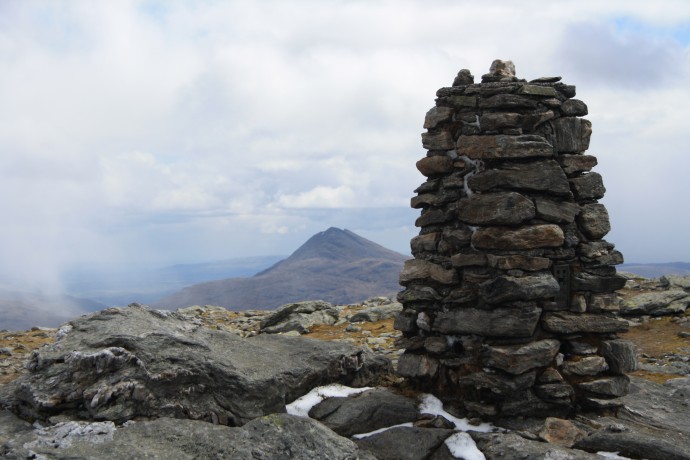 We spent about 30 minutes on the summit where we found a wee spot out of the wind and stopped for lunch and brewed up a wee Bovril!

Two hail stone showers passed over us while we were there.

The Cobbler from Beinn Narnain; 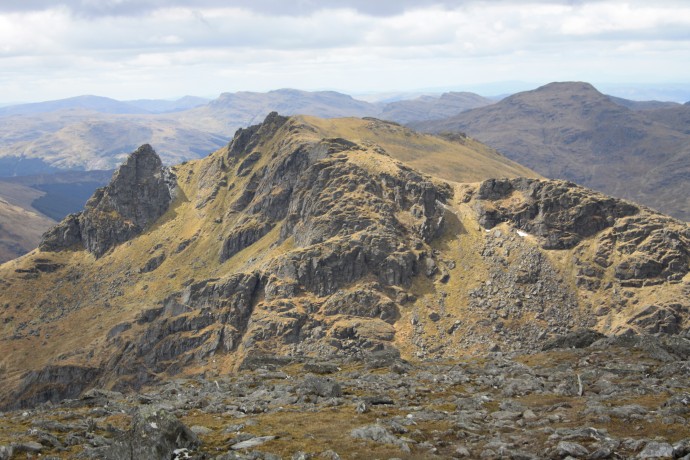 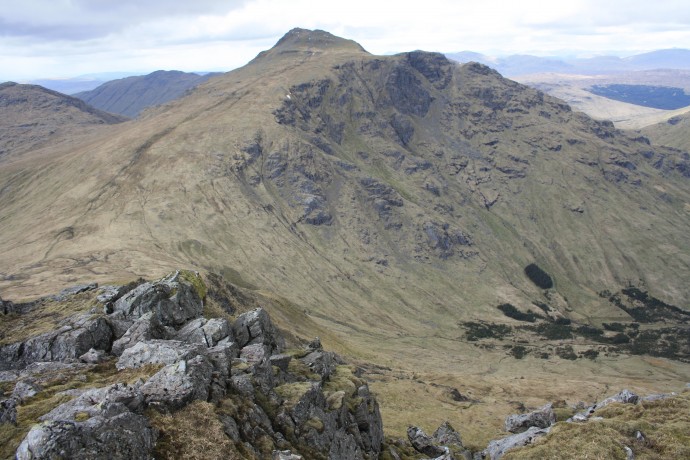 We then headed over the back of Beinn Narnain towards Beinn Ime where I think we actually took a wee wrong turn and missed the path, we ended up climbing around a precarious ledge and over some boulders but we got there anyway.

Passed through a wee gate on the Bealach A' Mhaim, got quite boggy; 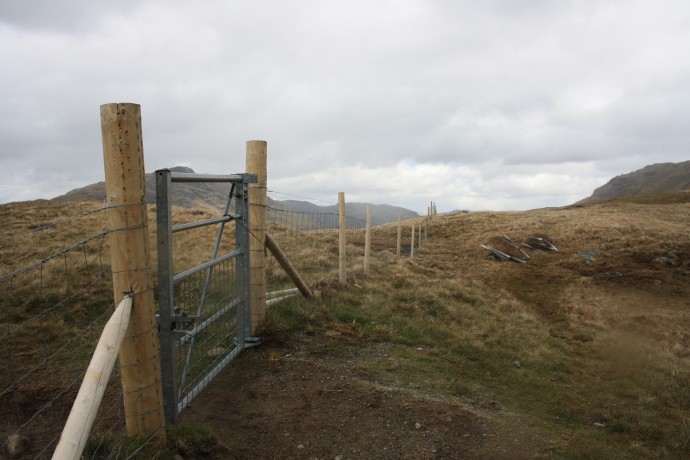 I’m not completely sure how long it took us to reach Beinn Ime’s summit but I think we done it in about two hours, the path was clear most of the way up and when we got there the views were fantastic!

Some photos from the summit of Beinn Ime; 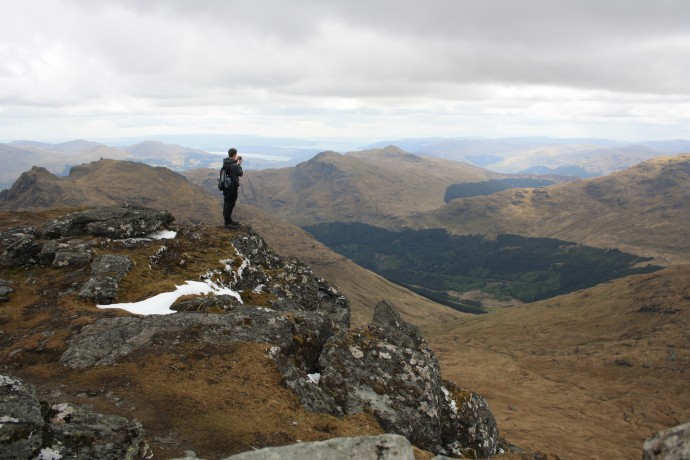 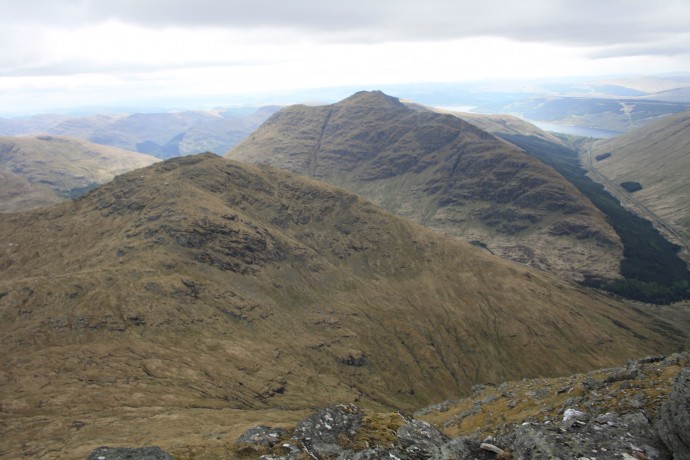 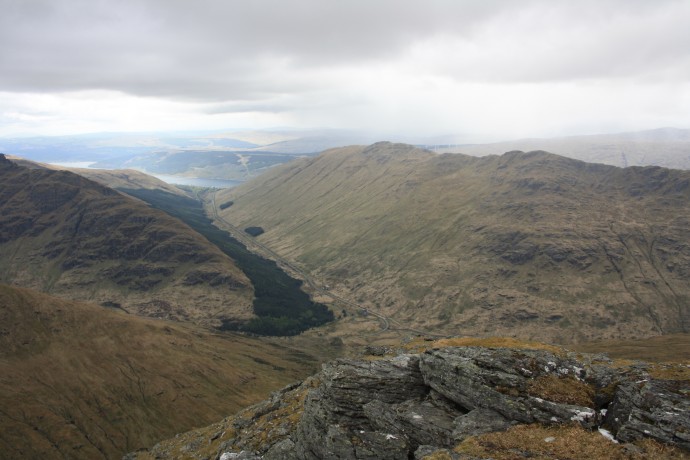 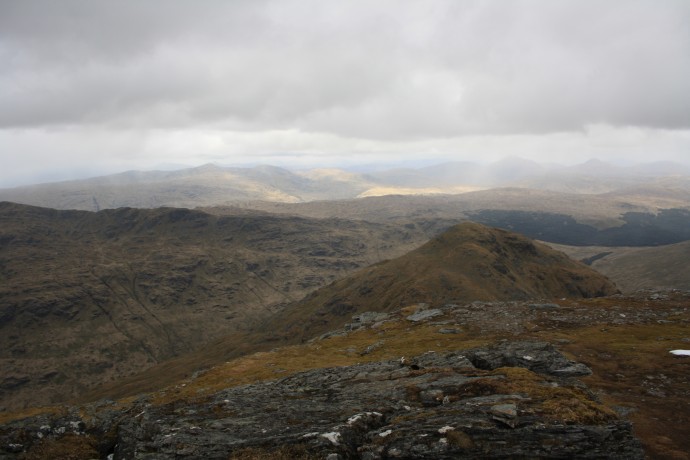 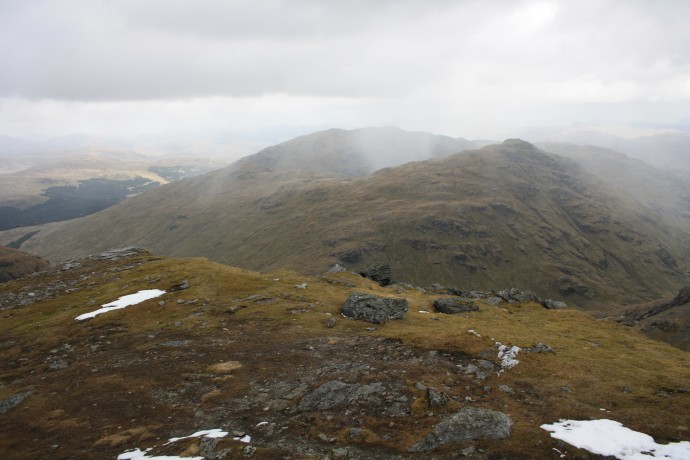 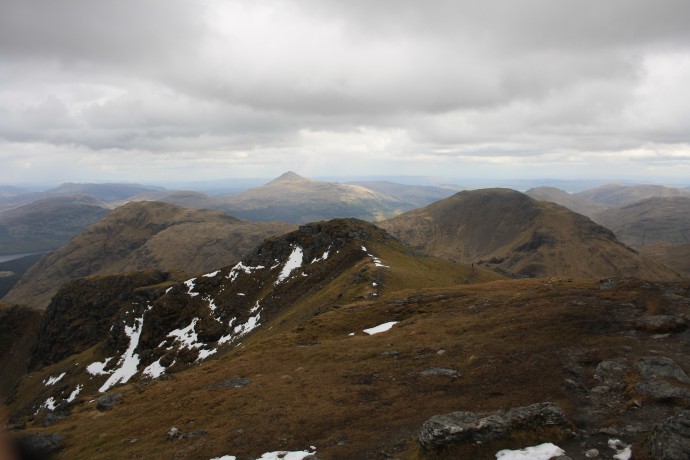 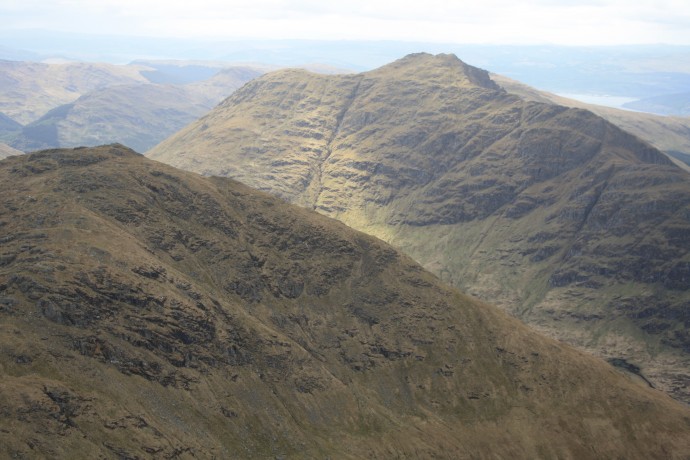 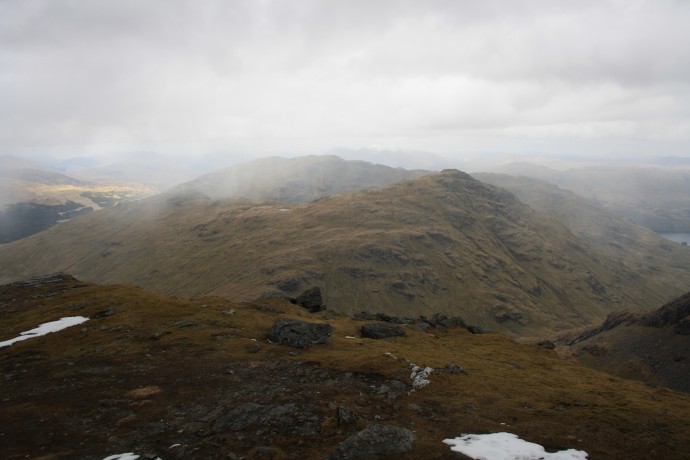 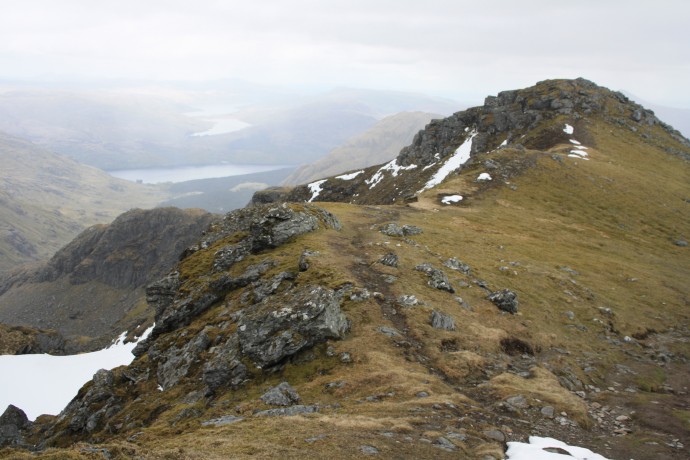 We didn’t stay at the summit long before we headed down again as we still had to tackle The Cobbler, by the time we got there we were pretty tired and were considering leaving it for another day but we charged on anyway and made it to top.

Some photos from the cobbler; 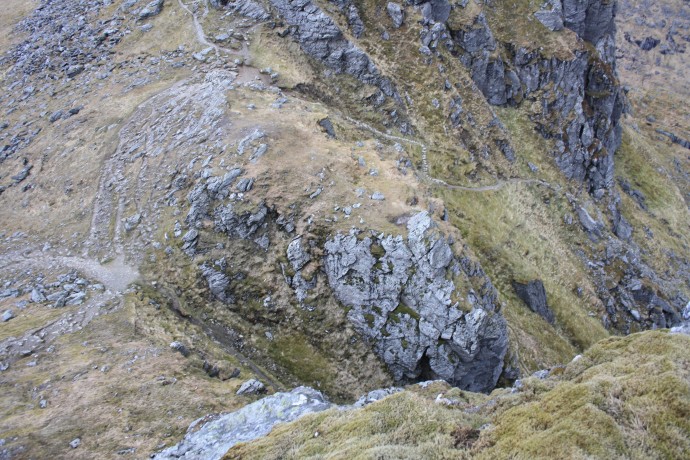 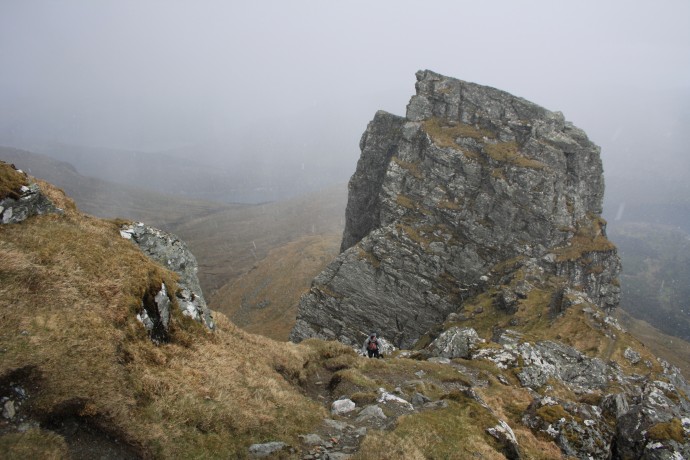 Us on the needle (a scary endeavour that was 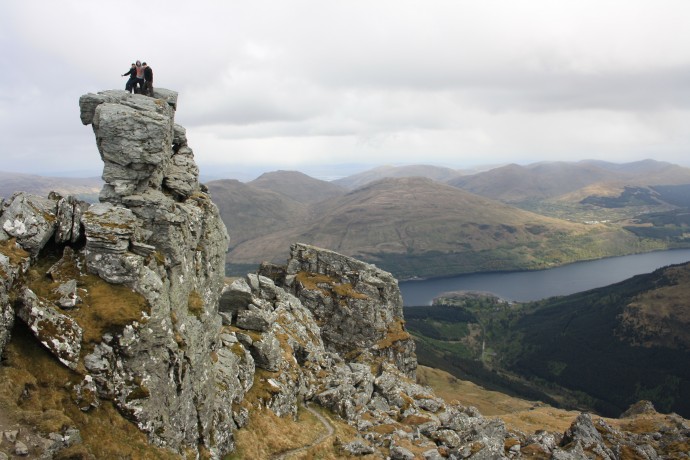 We had another food break before we decided to head down through the middle of The Cobbler which took us over a rocky hillside before re-joining the path, we were relieved to reach the path and ease some of the strain on our knees and legs, it felt good!

It probably took us about an hour and a half to get back to the car and we passed by the Narnian boulders and a wee damn on the way, I'd add some photos but I've reached my 25 attachment limit!

It was a wonderfull day and I was so proud of my younger brother who came the whole way without a grumble, he's a right little soldier! I will have no apprehensions about taking him on future trips!

Well done lads and great report and pics as well!

Nice report...loved these hills,fab walks and well done for 'threading the needle' on the cobbler.

How long does it take to get from the Narnain summit to Ime summit?

A great report there and well done guys, on my to do list even more after the pics