Not a huge amount to say this weekend.
After last weeks trek across the Crinkles, Bowfell & Esk Pike, I wanted something a little smaller.
John returned this week after completing the K2B last week and wanted something even smaller.
So we picked Stone Arthur as it was a satellite fell for me having completed the Fairfield Horseshoe without dropping down the ridge to collect this top.
We fairly raced up the steep road and rock steps that make up the lower reaches of the fell taking the left hand path to the right hand side of the wood after leaving the road.
We raced past another group of walkers who had a bit more to do today as they were heading for Fairfield and up the zig-zag to the ravine of the beck on the right and then almost straight for the rocky summit of Stone Arthur.
We spent a little time on the tops ?? (as we weren't sure which of the small cairns denoted the top

) taking piccies before descending back the way we'd come.
Damson was not in the mood for posing today and the only shot of her was pretty poor so not shown.

I think she might be turning into a diva !!

John's knee was playing up after last week so the descent was a little slower than the ascent. Think he might have twisted something and putting weight on it was causing pain. 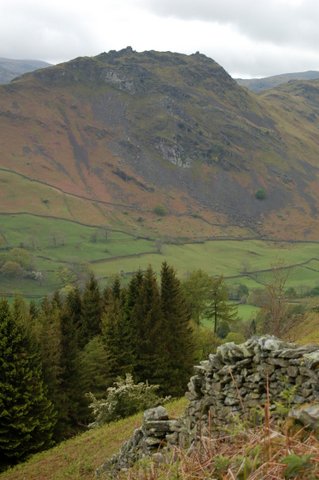 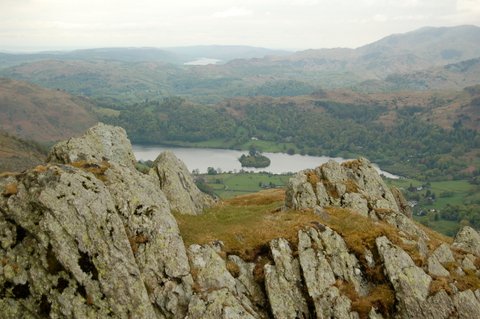 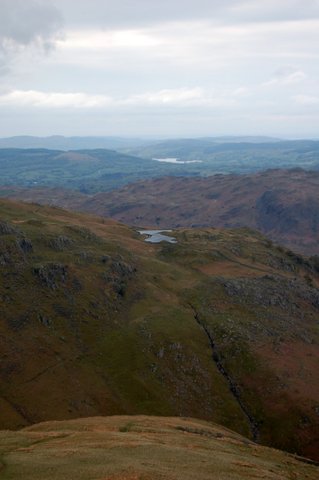 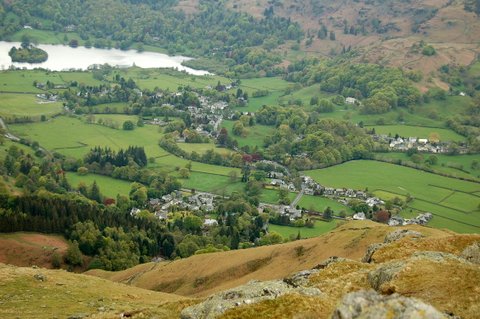 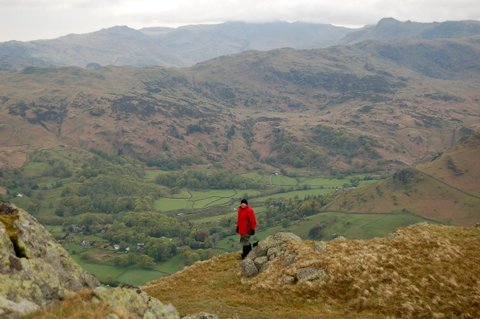 John on the top

It was quite windy up there today and pretty cooling when stood still.
A nice little trek of a couple of hours to keep our legs moving.
Great views of Helm Crag and Alcock Tarn for such a smallish challenge.

Nice one. What day did you do this?

This was yesterday lunch.
Started from Grass verge on main Grasmere by-pass (just after pub) @10:30.
Down and back to Barrow in time for Blackpool vs West Ham. terrible result but nice trek out.

Phooooey wrote:This was yesterday lunch.
Started from Grass verge on main Grasmere by-pass (just after pub) @10:30.
Down and back to Barrow in time for Blackpool vs West Ham. terrible result but nice trek out.

Doh. How daft of me. Just noticed 19th on report!!

Hi Phoooey. Great little walk some nice pics.Can I have Damsons autograph before she becomes to big a Diva.

Hope John`s knee is ok. I am still having physio on my knee after injuring it back in December.

A lovely wee wander Phooooey, shame Damson wasn't in posing mood she makes a nice piccy, more of a shame about Johns knee though. Hope that clears up quickly

http://www.dermandar.com/p/byKspf/grasmere-to-helm-crag-from-stone-arthur
Link above is to 3D view of Grasmere to Helm Crag Panorama. Can you embed these in reports ??

Its nice to do something shorter and quicker at times. Enjoyed your photos

Hi Susie,
A matter of needs last weekend.
Damson, John & I are off into the bog above Thirlmere this weekend to High Tove & Armboth Fell. Jubilee weekend is being spent at Pooley Bridge with Arthurs Seat and a few others in the pipeline.
Hope you're well !! i'll have to track down your page as haven't been on there for a week or two.

looks a nice little time filler for a fell that gets walked past on the Fairfield horseshoe time and time again. The link to the panorama is great btw.