We left Dundee early on the Saturday morning heading for Feshiebridge, planning to do just one Munro, Sgor Gaoith. We felt that after last week’s exertions on Ben Starav, especially with the heat, we deserved an easier day. I don’t believe there are any easy Munros, but the ones in the east seem to be gentler than the ones in the west.
We found that the road from Coupar Angus to Dunkeld the A984 was closed at Spittalfield so we had to make a detour through Stanley to reach the A9 and head north to Kingcraig and then Feshiebridge. The detour added approximately 10 minutes to our journey. We arrived at the car park at the start of this walk without further incident. You know you are on the correct road when you see the gliding club, and the car park is not far from there. I had a look on Google maps the night before just to ascertain where the car park was, as sometimes it is more difficult to find the start point for the walk than it is the walk itself. I noticed that the area around the parking site has had major changes, as some of the trees have been felled and tracks added.
We started out from the car at 8:15, heading east through the woods on a good track that soon started climbing. Nothing too strenuous but enough to heat you up quickly. We planned to just head straight to our summit for the day and left the track shortly after leaving the woods. We headed up Coire na Cloiche, heading just left of the cairn on Meall Tionail. The walk up this part of the route was the hardest part of the day, as the heather was deep on the slopes which meant you had to lift your legs much higher than normal. Once up this part, the going got easier and underfoot it was more rocks and grass. Our route took us up Meall Buidhe and then on to the spot height at 1053, but as the weather and visibility was good we just skirted around and headed straight towards the spot height and then on to the summit for the day. 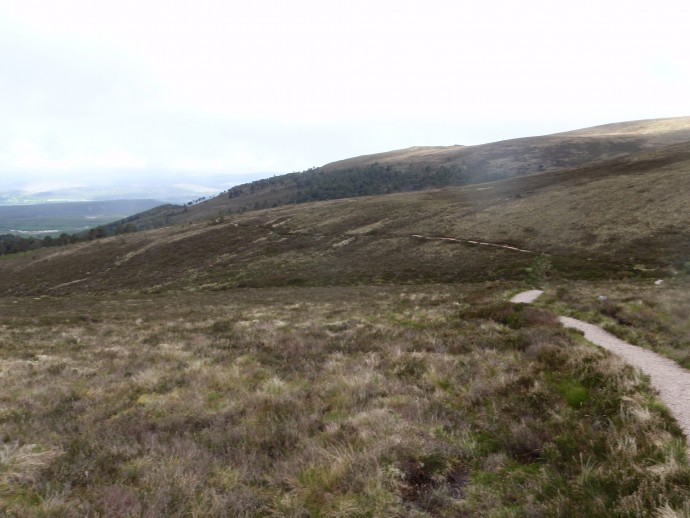 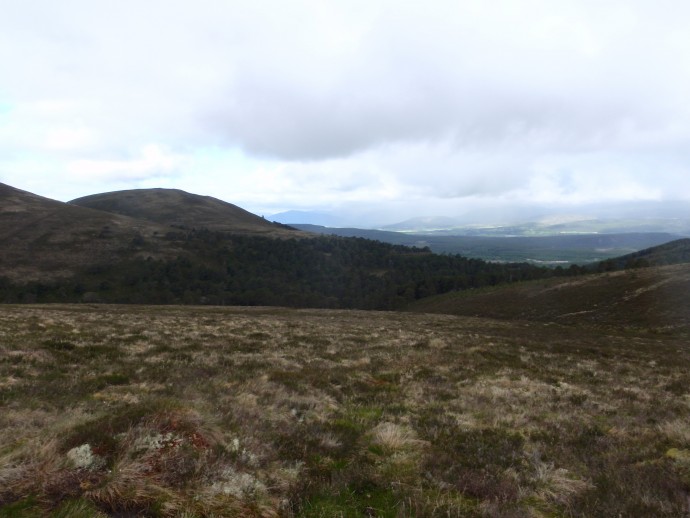 Looking down the slope on the way up Coire na Cloiche 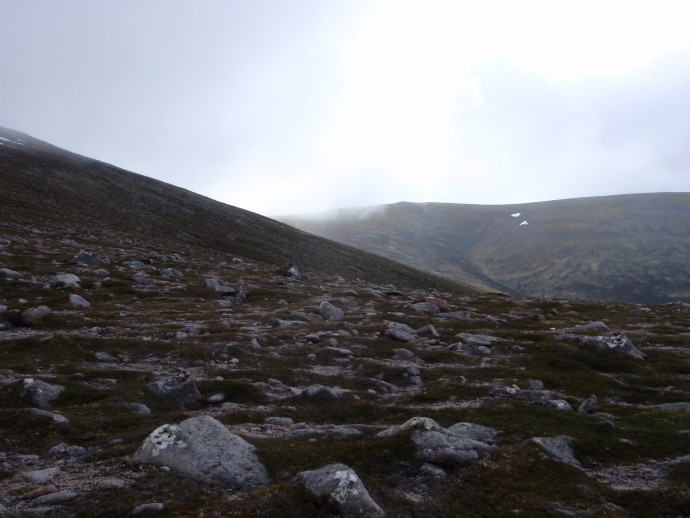 You can just make out the summit on the horizon

We reached the top at about 10:30, so not too long on the uphill. We had a short break for photos and something to eat and then headed down. The going was easy and underfoot it was moss and lichen covered rocks. It was slippery in places, but the route was easy to follow as we were able to see the track that would take us back to the car. Once on the track, the going was much easier and we were back at the car in no time. A couple of sightseers looking for a coffee shop 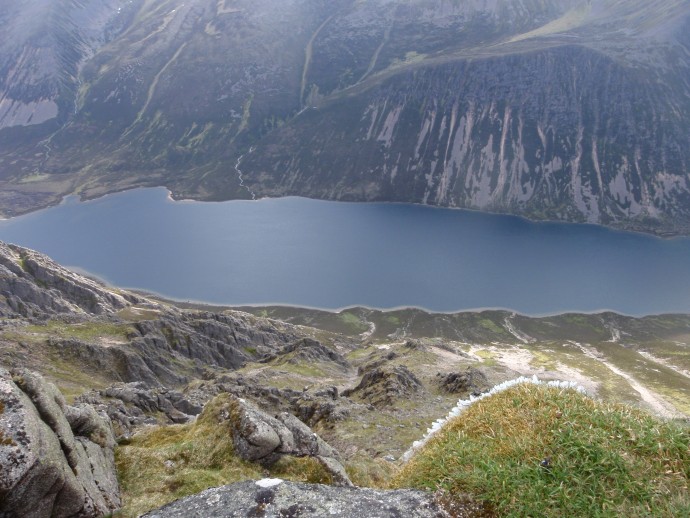 Loch Eanaich seen from the top We did it all for the group photo opportunity

On the way home we stopped off for a bite to eat and, as we were passing the Loch Insh watersports centre we dropped in. Bacon rolls were off the menu as it was just after lunch time, so we had tomato soup with crunchy bread which was good. You could stand your spoon in the soup. We also ordered chips but when they were served, they were very dark and limp. However, needless to say, we ate the lot washed down with a cup of coffee. We had a table overlooking the loch so the view was excellent. We still have another Munro to do in the area, so we may visit the centre again for something to eat.

Good to know there are some easy ones!