These three were meant to be done in winter. I had never been up the Glenshee area and was on the nosey side and wanted to check out the surrounding area in fairer weather

The journey up was a bit mental as my sat nav kept on wanting to take me on a circuit of Perth.

I eventually pulled out the trusted map and worked it out the old fashioned way and was ready for the off twenty minutes delayed.

I left the ski centre at 10am and was back at the car by 1.05pm. I disagree bit with some comments i had read that these three were not the prettiest in normal conditions. They were certainly not the most scenic that i've climbed but bagging them was certainly a better option than attending a jubillee street party (im not anti royalist, just prefer hitting the hills)

I've had a busy weekend with walking. Yesterday i took a couple of monkeys up Bishops Hill. This was an ideal leg stretcher for todays walk. Passing it down a generation

I decided to try something a bit different from the half dozen or so folks i saw heading for Carn Aosda. I took the most direct route and headed up the Cairnwell. I never timed myself but i gained height quickly and was at the summit in jig time without even a break to catch my breath. It all felt a bit eerie seeing the dormant ski lifts and not a bit of snow on the ground. I can only imagine how different it must be in the winter. Route up to the Cairnwell 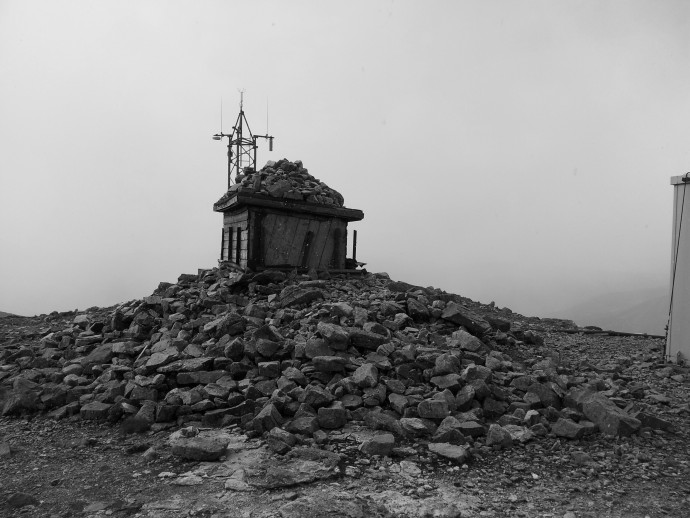 I pushed on and enjoyed the peace of the walk to Carn a'Gheoidh. I planned my week ahead and where my next walk would be. Bliss, not a care in the world. The lonliness and peace of being away from the stresses of life was a welcome friend. I don't know how i never tripped up the amount of times i spent gawping at the surrounding hills. Im not sure if i will ever go abroad again on holiday The weather was not as good as i had expected. There were periods where the winds were excessive and the odd hail flurry reminded me of how quickly things can change on the hills. The push to Carn Aosda was uneventful. The scarred path on the way there an indicator of how these hills are trodden year round by walkers and skiers.
I stopped for lunch at the summit. The wind had dropped, the sun had come out and i felt that i was sitting taking in the world around me. The descent to the ski centre was swift and i was debooted and sadly ready to head off somewhat quicker than i had really wanted. A group of tourists in the car beside mine stated they were disappointed to see the hills without snow. I must agree but i will be back here before the years out to give it a bash in different conditions. 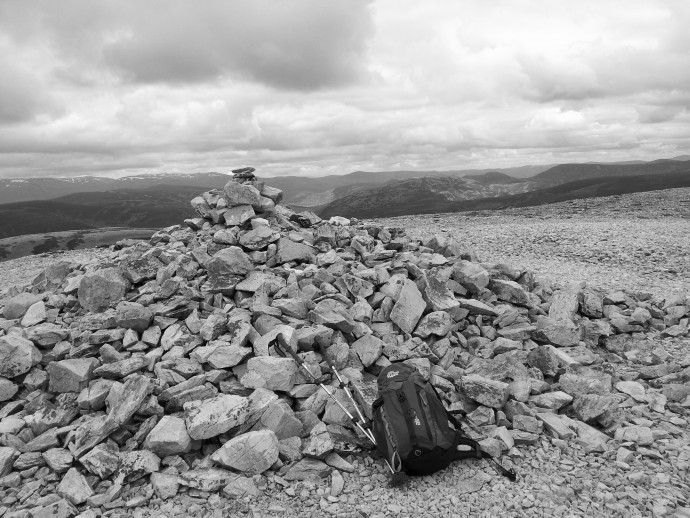 Only for Carn a'Gheoidh, these hills are in my opinion are just for skiing, dont offer too much for walking unless taking in the views of hills across the road.

Glad you prefered to the party