Had a couple of days off, so headed for the hills

Had a couple of days off, so headed for the hills


Finally getting around to catching up with the walk reports. I am new to this walking and writng business so any feedback would be greatly appreciated people. I had a couple of days off work in May and the weather looked good so threw the gear and the dog into the truck and headed off. Left the house at noon on the Monday, was in Ballachulish by 2pm and on the hill by 2.30. Great!
The first on my radar was Sgorr Dhearg (Beinn a'Bheithir) and Sgorr Dhonuill (Beinn a'Bheithir). It was hot and sunny so quite a long slog to reach the ridge. 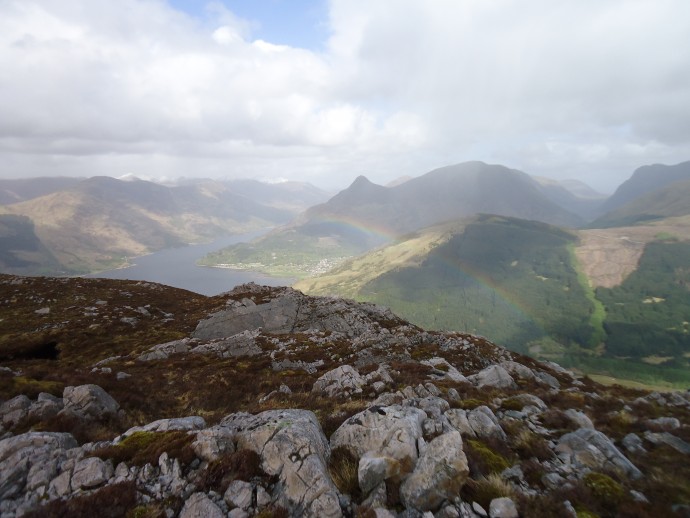 Above the rainbow, looking back to Ballahulish

Me and the dug (Marley) had a wee rest at this point, took on some food and water ready for ridge walk. 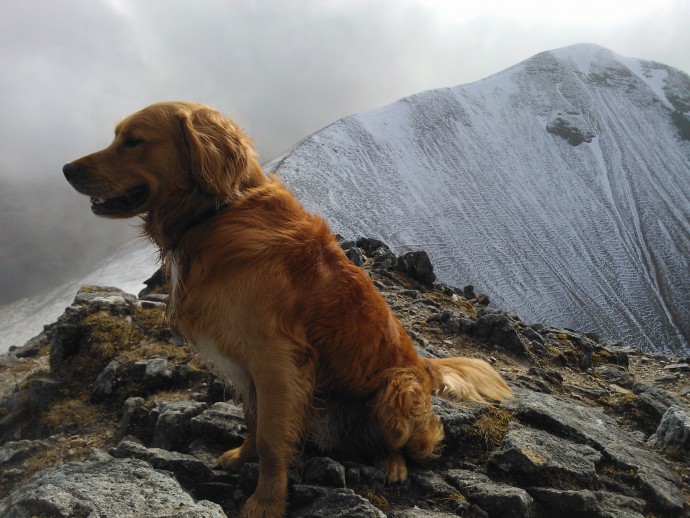 On the ridge looking across to the first summit, amazing scenary

The ridge was a bit of an adrenalin boost, and unfortunately during the crossing in came the dreaded weather (hail, snow, cloud), oh bugger! Got to trust your navigating when this happens, which way?

Successfully across the ridge, made the summit of the first Munro, luckily the weather had cleared enough so I could just about see the second Munro so pushed onto it. 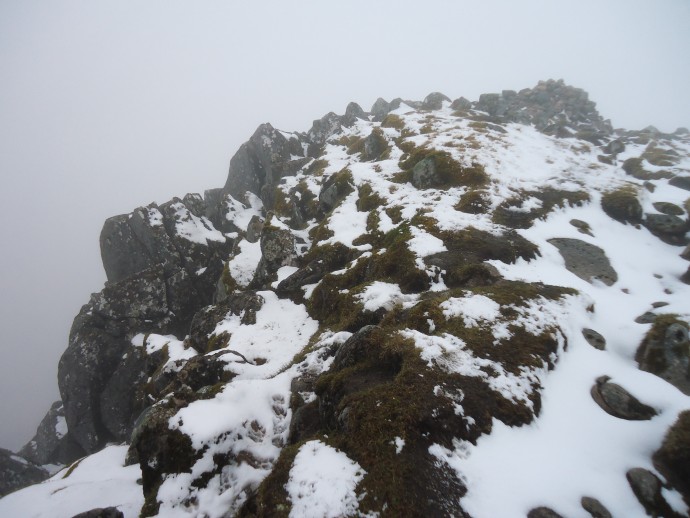 Then came the decent which was a little boggy to say the least, wet feet all-round! Followed by an exit through a very dark, muddy forest before hitting the forestry tracks back to Ballachulish. Looking back on the way out

Back at the car safe and sound, quick change and then drove to Glen Orchy to set up camp for the night.
Day 2 started with a quick swim in the river Orchy (bloody freezing, but certainly woke me up) ha, ha. Today I was off up Beinn a'Chochuill and Beinn Eunaich. The legs where feeling a bit stiff to start with but soon eased up. 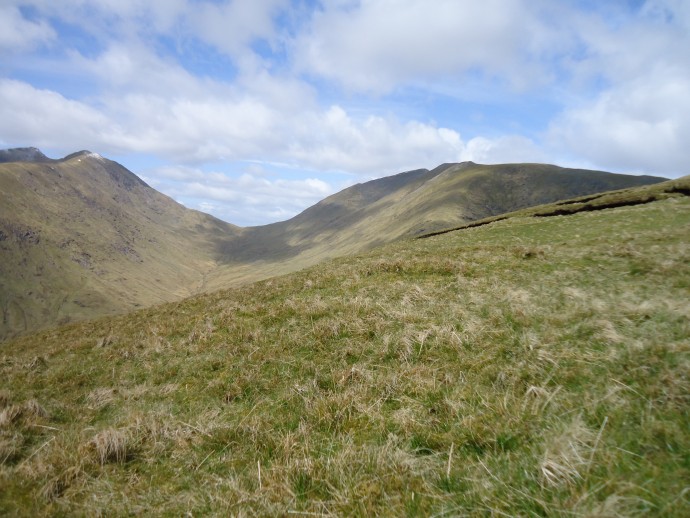 Another day on the hill, almost alone apart from two guys I met half way round the circuit, we were heading in opposite directions but stopped to have a quick blather. 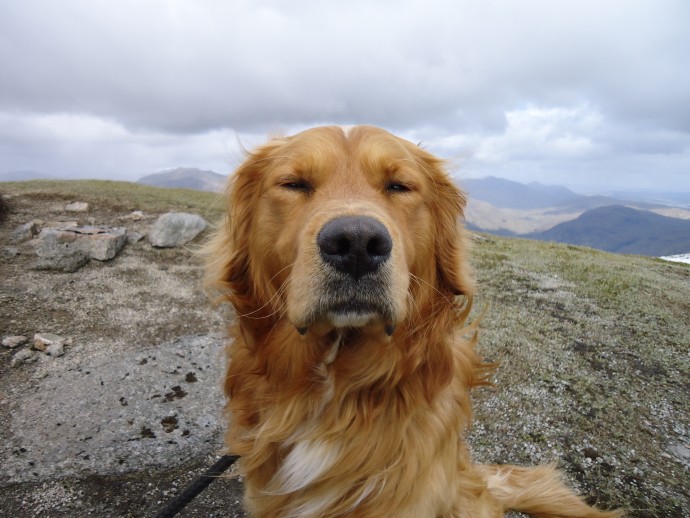 Pushing onto to number two, the wind was getting up and by now and must have been blowing at 30 to 40 mph on top, still once in the valley it dropped. Summit two was reached relatively quickly from one, approx. 40 mins. Look across to summit two from one.

Now came the descent which was relatively easy, a grassy slope down to a road / track. A quick double decker consumed and then the long walk back to the truck. All in it took me about 7 hours to do this circuit. Nice scenery of the Cruachan hills, I must have been getting tired as I stopped taking photos. Ha, ha.
Back at the truck I had a decision to make, go home or......camp again and do another hill tomorrow. Decision took about 2 secs, camp again!!!! So off I went to Loch Crearan for the night I met a guy in the car park who only had 28 Munros left to do, he had just climbed my next target. After another night under the stars I was up early. 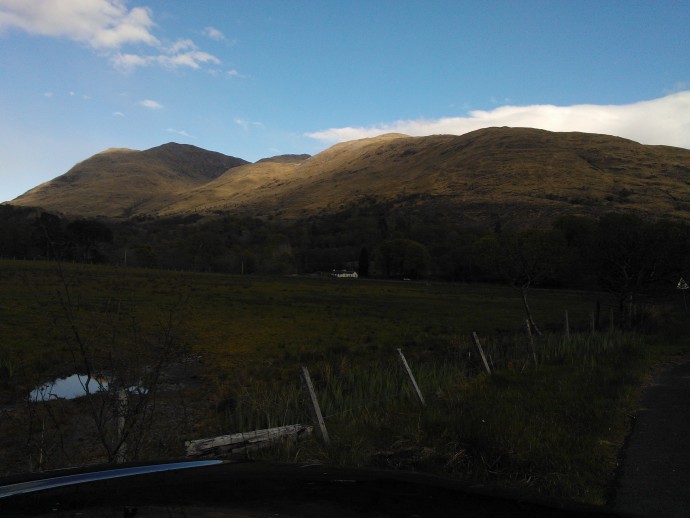 Day 3 target, time for a beer before bed

Day 3, Beinn Sgulaird, I got away sharp and was soon on my way to the summit. It took a while to get the body moving. The day turned out to be long hard one, both mentally and physically. However the views from this Munro are something else. 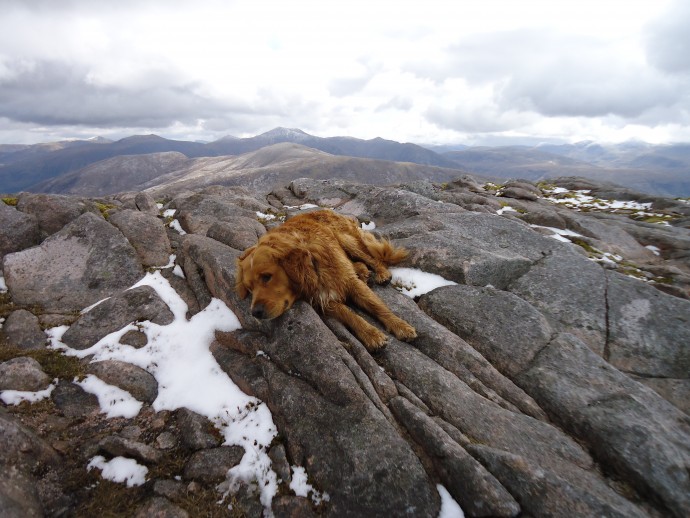 The ascent just seemed to go on and on and on, I think that this must have been down to day 3 legs and mind. However we did it, completely bushed by the time the summit was reached. Some good scrambling to get there as well. 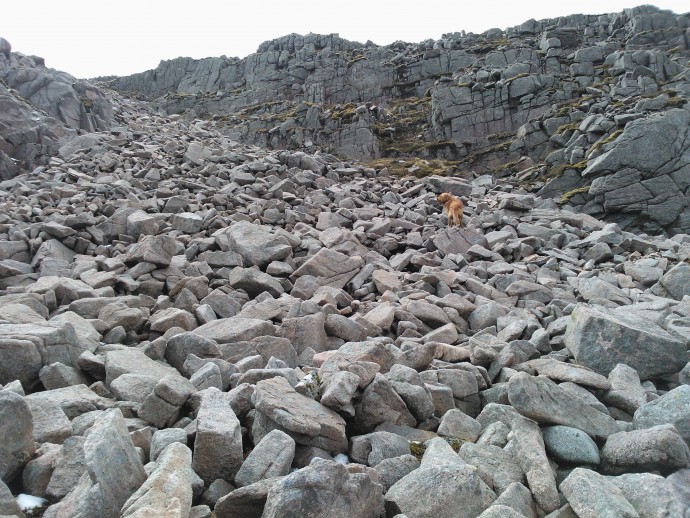 I had a wee rest on the summit before descending; I had the hill to myself until the decent when I passed a good few people going up. I have to say that I was pleased to see my truck at the end of the walk. The drive home gave me time to reflect and you know what I would not have changed anything, apart from taking another pair of socks! Ha, ha. 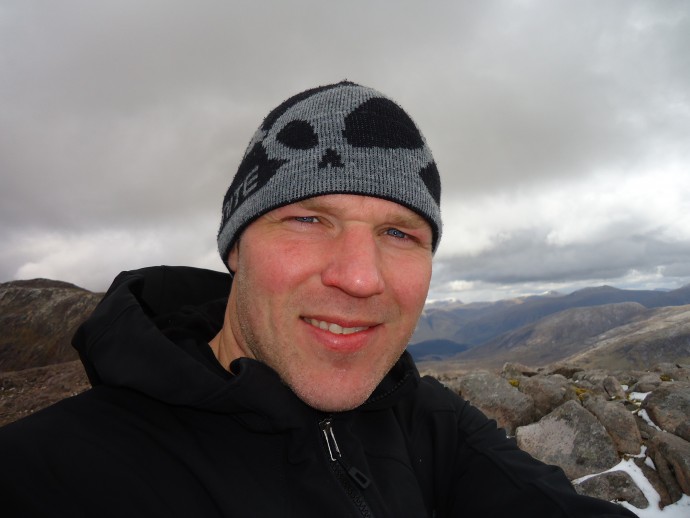 Me on Summit of day 3, buzzin but knackered!

So that was that, until the next time, 3 days and five Munros.

Re: Had a couple of days off, so headed for the hills

Re: Had a couple of days off, so headed for the hills

Cheers, he certainly was, but still managed a wee swim in a lochan near the summit before we went down!