After picking up a leaflet in Dumfries TI a few years ago describing the construction of three dry stones arches on hill tops in the north of the county, by the sculptor Andy Goldsworthy, the idea for a good day out was born. A look at the map suggested that it should be possible to do a circuit of the hills taking in the three arches and also two Marylins.

The leaflet did say that there was no footpath around the hills connecting the arches. The map did suggest that part of the route may well be through forest but a quick check on Google earth suggested that there was clearing in the trees that would allow a round to be made.

The long drive up from Carlisle brought me to the car park on the road side just inside the Cairnhead community forest as the area is now called, opposite the old slate quarry. Something that was not marked on any of my maps and did not appear on Google earth was the new wind farm on the summit of Wether Hill. One of the turbines could just be seen above the hill from the car park.

I started by going down to the picnic place and crossing the small stream. The bank on the otherside quickly set the tone for the majority of the days walking with long tussocky grass. Following the stream downstream to the end of the forest it was possible to start climbing up hill through the broadleave trees at the edge of the plantation. Once above the enclosed fields on the other side of the stream I crossed over to the open hill side and located the wall climbing steeply up the fell. 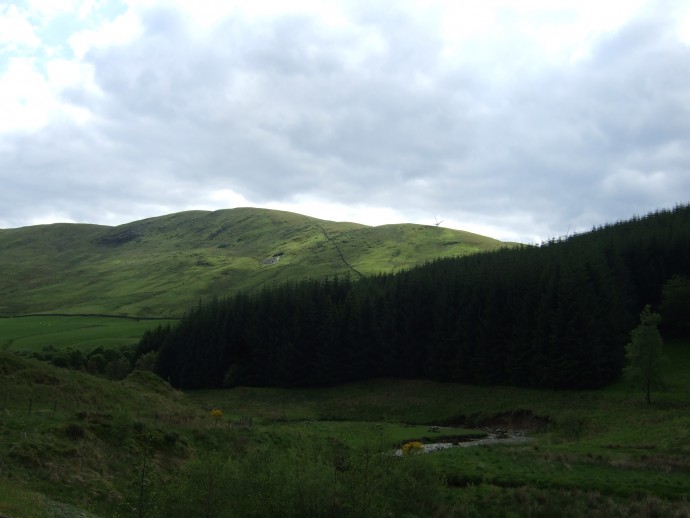 The start, wall up Wether Hill and wind farm

The wall is followed up the fell and slowly the three arches to be visited slowly come into view with the last arch on Bail Hill behind being the first, then colt hill and finally Benbrack. The wall eventually leads onto the first summit of Wether hill and the full majesty of the wind farmm is revealed. 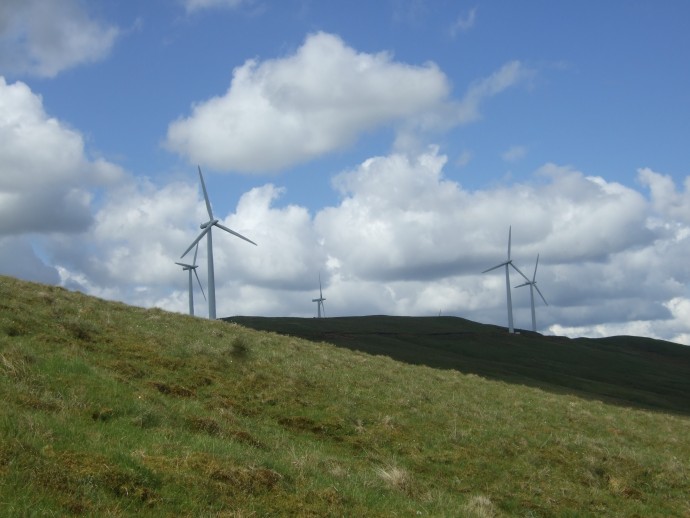 A short climb then took me to the actual summit surrounded by turbines. From this sumit route planning for the next section became obvious as gaps in the threes revealed themselves. Keeping with the wall a descent was made past a series of cairns built on small rocky outcrops which had been noted on the way up. Crossing the wall allowed me to join a forest road and so easy the walking for a short period from the tussocky grass. After passing a tower on Corlae Hill the track was folowed round until it started to descend when ti had to be left and the wall followed down through very tussocky grass with concealed drainage ditches.

A large gap in the trees was followed up from the beck to Dibbin crags where the gap turns right and continues to the top of Dibbin hill from which awide grassy slope was ascended to the top of Benbrack with its arch coming into view as I topped the slope. 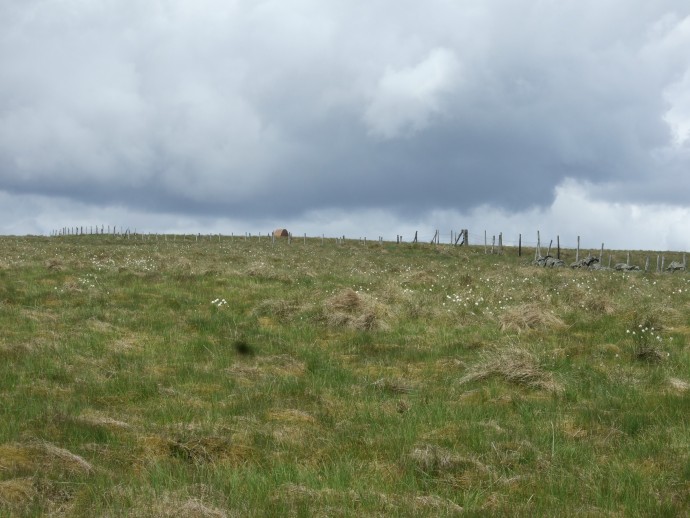 arch on Benbrack with Colt Hill arch behind

Here the route joins the southern Upland Way for a short period and the more obcvious path made for easier walking over Mid, Cairn and Black hills. Alas the path was soon left and a descent over rough grass was made tothe track which comes up from the valley. The climb to Colt hill was steep but a quad bike track made it easier and the second arch was revealed. 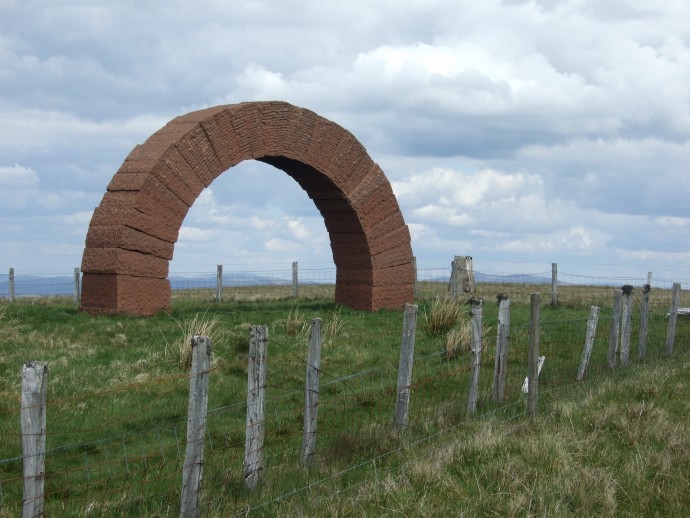 A pleasent walk over Blackcraig Hill was soon spoilt by a nast descent to Conrick Hass through an area of newly felled forest and the steep climb on the opposite side to Mulwhanny was made also difficult by fallen trees and damage by tree removal operations. However from the top the third arch was in view and after one more short descent and climb up to Green Hill a short pleasent walk to the arch on Bail Hill completed the collection of arches. Bailhill arch looking up the valley

There did appear to be a forest clearing going down from near the arch to the road in the valley bottom and in retrospect this would probably have been the best way to go but deciding to complete the round of the valley I contiued allongto Dalwhat hill and descended down the side of the forest negotiating the steep slope with large bouder fields with difficulty in places.

So ended another fine walk in the southern uplands a whole days walking without seeing another person.