We started at Kinlochleven as the road to Mamore Lodge had a gate saying it was private and was liable to be locked at any time.

our_route.gpx Open full screen  NB: Walkhighlands is not responsible for the accuracy of gpx files in users posts
It was an early start for Stan, Gary and me as we left Alexandria at 7am to head for Kinlochleven. We started at car park next to the church in the village and set of up what we thought was the correct path but took a wrong turn and found we were heading back into the village after a look at the map we headed across country over some rough ground and eventually found ourselves looking down on the main vehicle track. 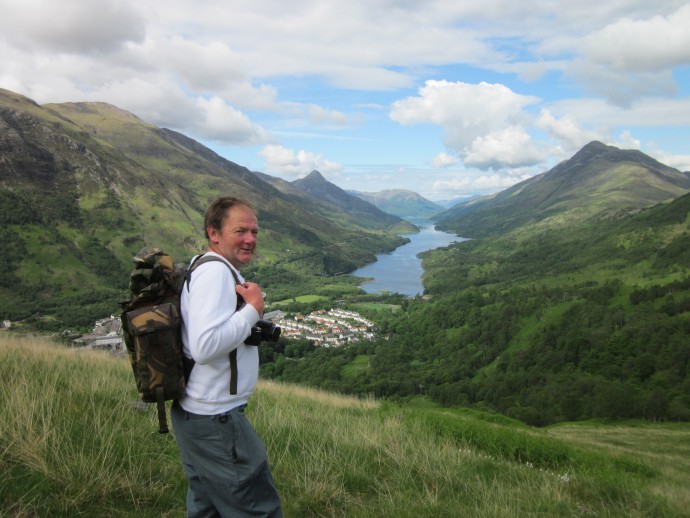 Stan enjoys the view back to Kinlochleven 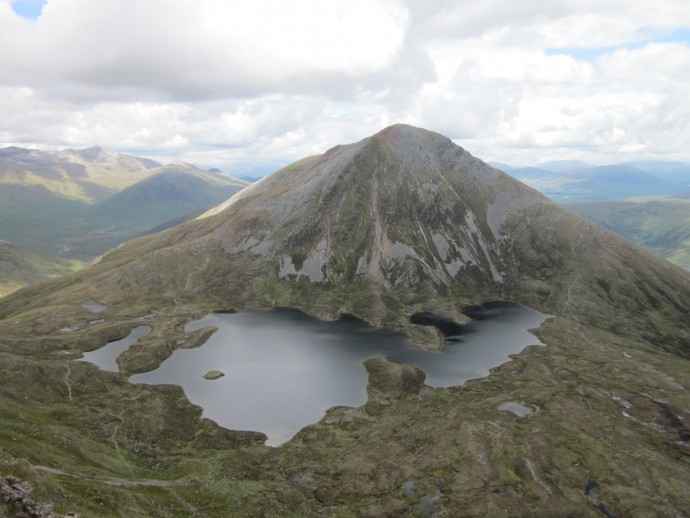 We had a stop here and enjoyed the view over to Binnein Mor and Na Gruagaichean. Stan was finding it impossible not to spend time searching for moths so it was decided that he would head straight for Na Gruagaichean while Gary and me went to the other top first. 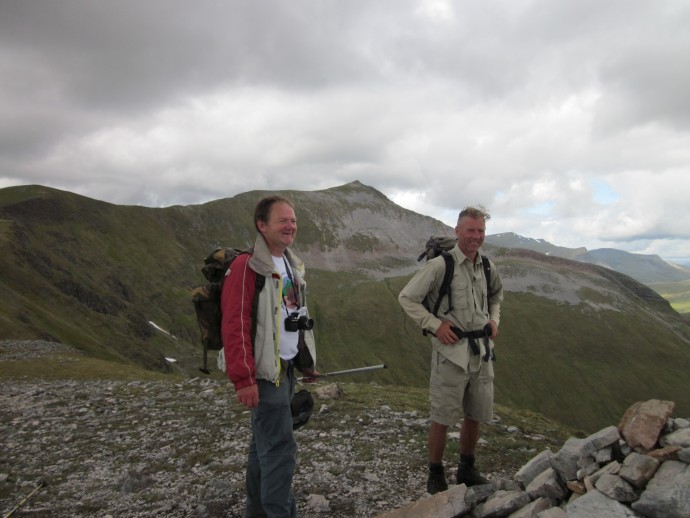 Stan and Gary with Binnein Mor in the distance taken at the top of Sgurr Eilde Beag. 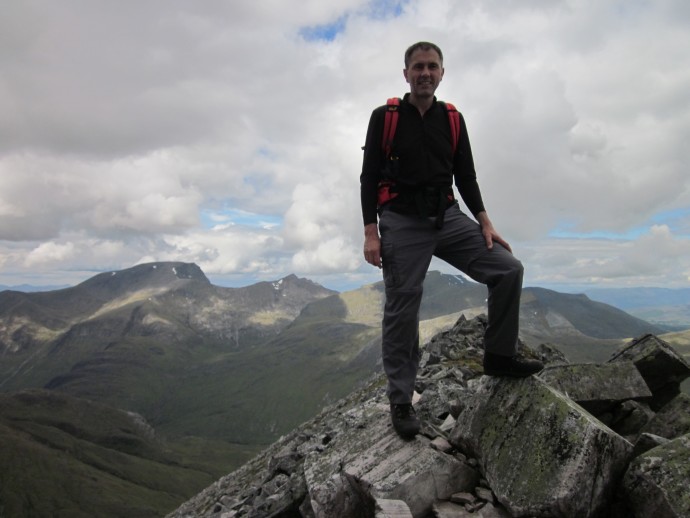 on top of Binnein Mor with Ben Nevis behind 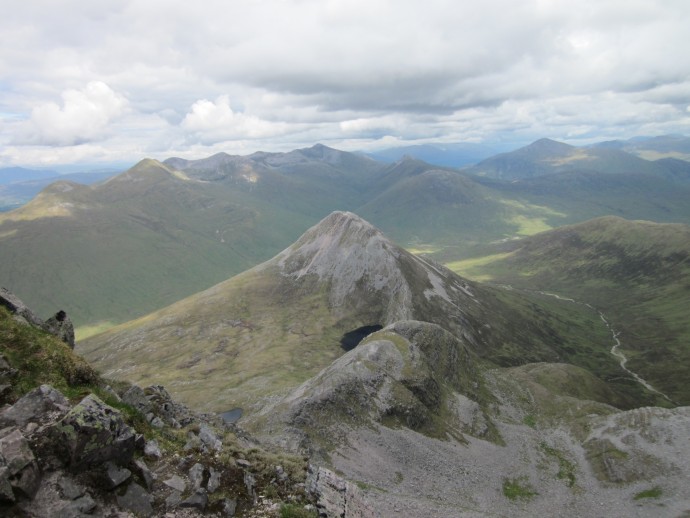 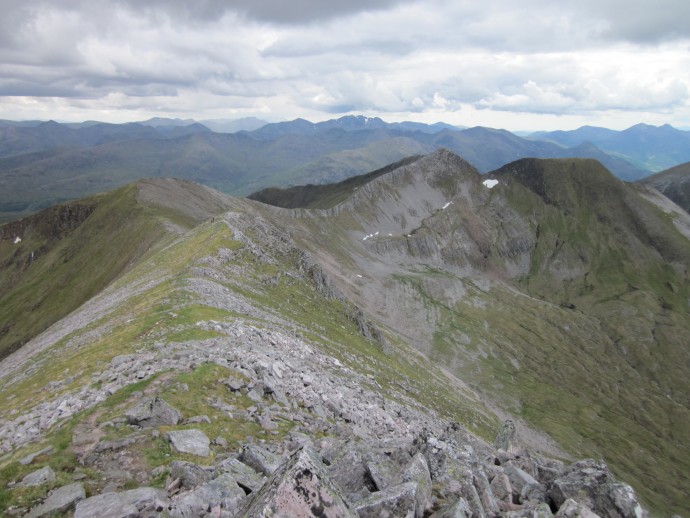 Looking along the ridge to Na Gruagaichean from Binnein Mor

After a quick stop it was back the way we had come and a rendvue with Stan at the top of Na Gruagaichean. We had some unwelcome visitors while we ate our snack the dreaded midge seemed to be the only place on the walk where we were bothered with them. 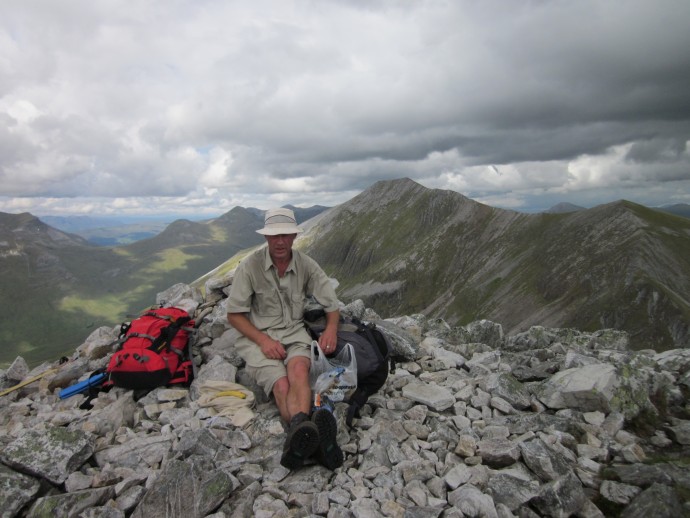 Gary where did you get that hat, at the top of na Gruagaichean

We headed home by going north to the other top and zig zagged down into the Uilt an Ruigh Bhric as usual it seemed a long walk out and the path in the woods as we neared Kinlochleven was in a very poor state. But all in all it was a great day with high cloud and great views.

Nice report David, you got a nice clear day for this one.

Love the picture of SEM. I did these two in the clag. It felt like a nice ridge walk