Nearly the most northerly

Nearly the most northerly


We don't need an excuse to head north from Ullapool. The landscape it's simply stunning, so the last day of our week long stay we decided to tackle one of the far north Munro's. We drove as far as Ledmore Junction and then south east, driving through Lairg and the wonderfully isolated Crask Inn. Shortly after the Inn was the carpark at Vagastie Bridge. Another warm one, we headed off on a fairly faint and grassy quad track which gained us height slowly. Our first objective was a grassy pathless climb by the name of Cnoc Sgriodain.
( Apparently nicknamed 'The Cronk.') This was marked by a decent sized stone cairn. A good place to stop for a breather and drinks. From here we began a descent still using the Quad track down to an area of difficult and pathless terrain. Grykes and deep peat hags tested us for a while, before we began climbing again apparently on a path! 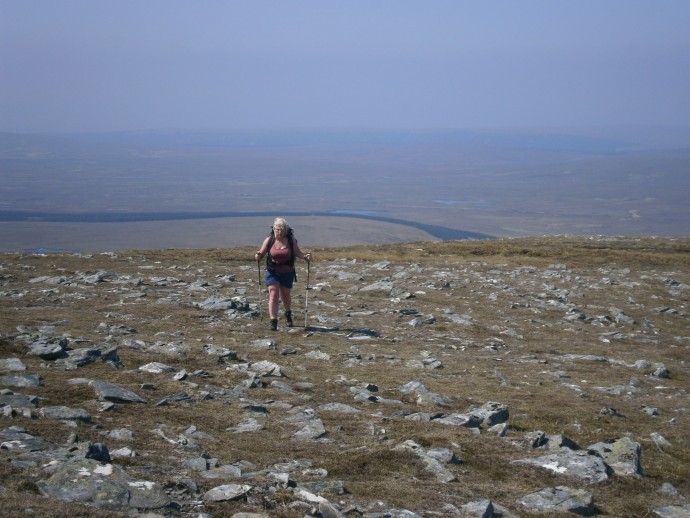 Walking across 'The Cronk' 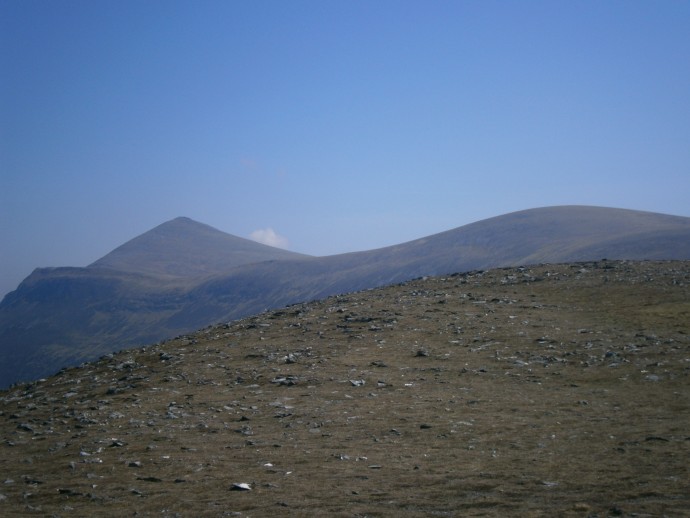 Soon after, we found a good clear path which we followed just beneath the ridge and high above Loch nan Uan. This transported us all the way to A' Chioch, a rocky base which needed to be climbed up and through. 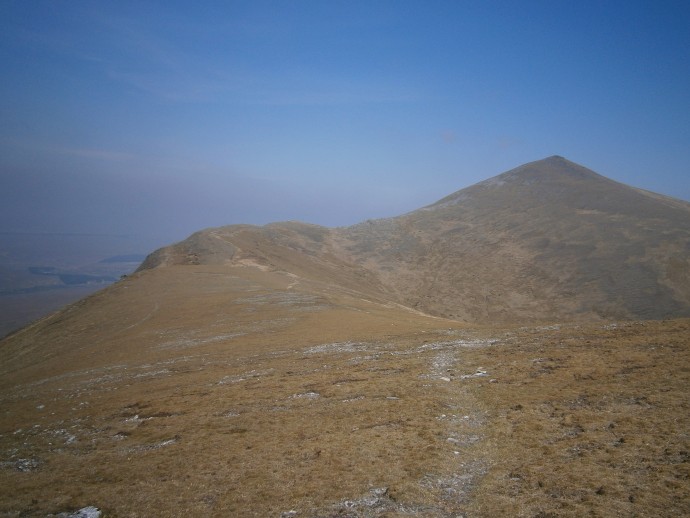 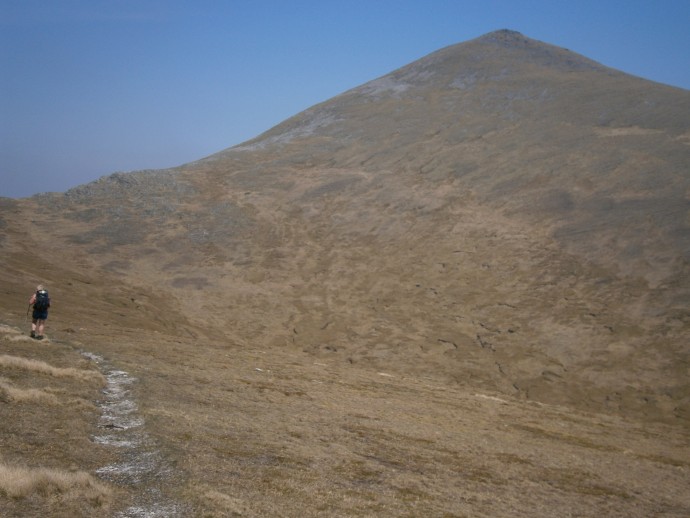 Alison heading for A' Chioch on the lower slope.

Now all that was required was to climb up a stony zigzag path slowly, slowly, as the sun was beating down once again. No rush, we were nearly there. We were welcomed at the top by a large white cairn and a significant windbreak. I cannot think of a better place to eat lunch! We spent a fair amount of time at the top. We could see for miles. The tiny settlement of Altnaharra looking so insignificant in the empty wilderness beneath us. After a good rest, we headed down again, almost completely retracing our steps back to the car. There was a stream near the carpark, the Allt a' Chraisg. This was used to soothe weary feet, and time to reflect on an absolutely fantastic week of walking. 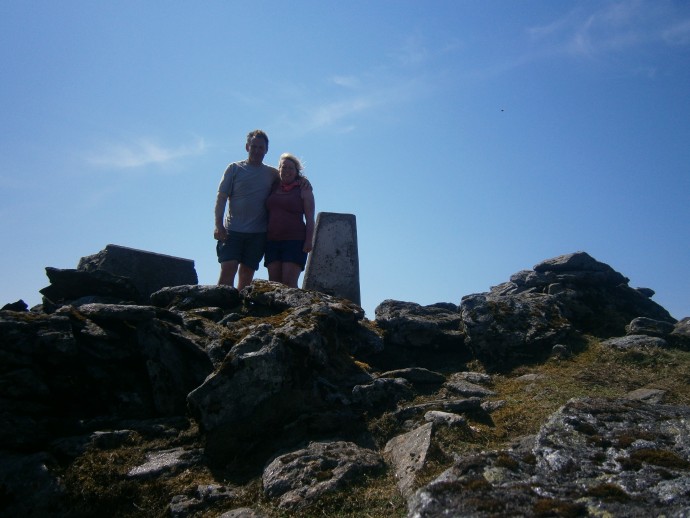 Nice one! Looking forward to heading up there this weekend

That's what it's all about, fantastic!

. The only downside was crossing the bog from the road as i went a slighlty differant route