Middle of May, blue skies and a new car so what better way to test out than an early morning run from Aberdeen to the Arrochers.

Picked Brad and Dave up at the almost resonable time of 5am and we were boots on and leaving Inveruglas by 8.15. Sun still shining at this stage a rare change... 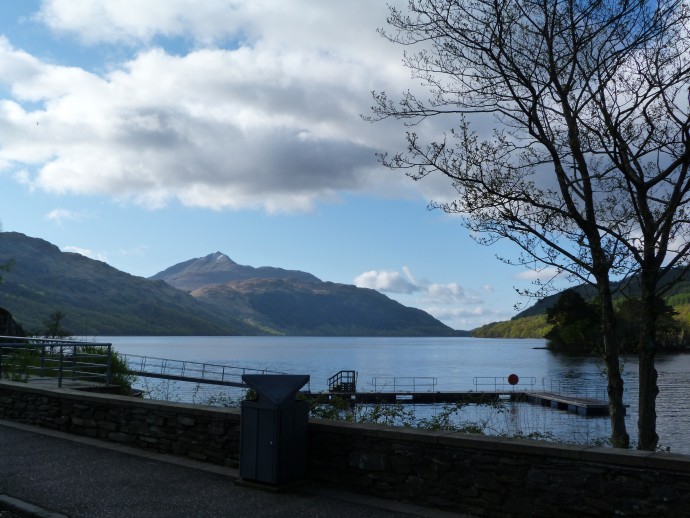 Along the road then cut onto the path through the copse and soon onto the main path. We cut off the path early and were soon heading up the steep hill. 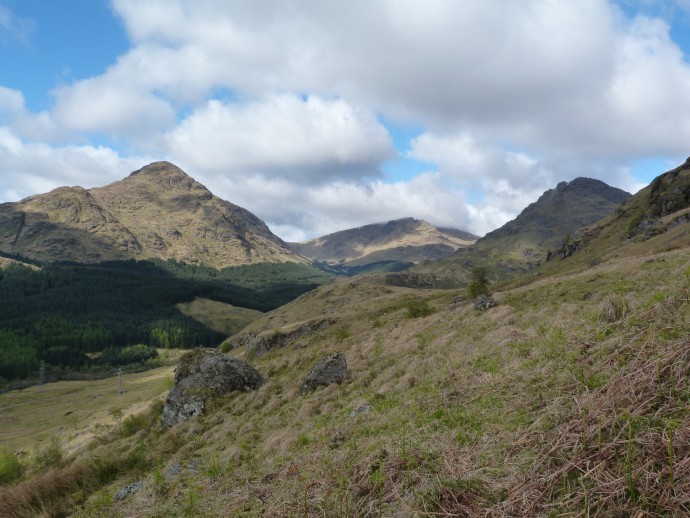 Really enjoying the step climb and weaving in and out of the boulders. Apparently my rendition of the "Bonnie bonnie banks..." really wasn't helping at this stage. Soon the hill flattened out as we reached the shoulder and the views opened up. The wind was up now so sticking to snacks on the hoof but really wanting a sandwich. Quick stop on the summit then time to descend. So at this stage I guess the normal thing to do would be to double back and take the path down coming out south of the dam. Well it would, but one of us who will remain nameless had seen a "more direct route" on the Steve Fallon website. Are you sure this is the best way down?

While it was more direct and had great views of the loch it did have a certain base jumping vibe. Won't even mention losing Dave for 15minutes on the descent...

Next stop long awaited sandwiches at Loch Sloy...in the sunshine! Before long we were looking at another steep climb up Ben Vane. Halfway up and dodging our way through bogs and crags we were making good time up when hooray the wind and rain kicked in. Up into the summit the wind was really lashing and the rain had turned into a little hail. So after admiring the fine views and a quick sandwich stop behind a big rock we were back on our way. 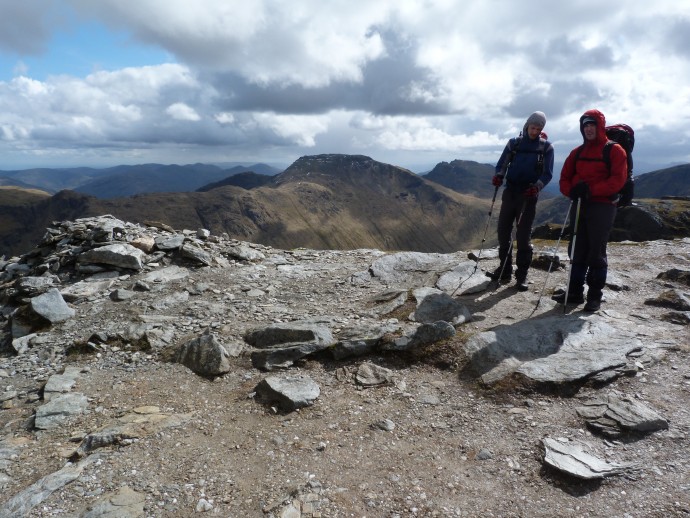 We head off southwest with a view to Beinn Ime but as we were all pretty tired and the time was getting on we decided to save this for another day and followed Allt Coiregrogain back down to the path and then back the way we came to the car.

The day ended with a guilty yet satisfying trip to BK in Dundee! Looking forward to my next trip back to this part of the world - amazing hills!