When my wife asked what I wanted to do for my birthday I don't think she expected my instant reply of 'A Munro'. But you can't really say no to someone on their Birthday. So the weekend before we were to set off we began the inevitable Scottish weather watch. On Friday we decided to wait it out untill Monday. After a busy weekend we had intended to set off early and get up for lunch time but after a few snoozes on the alarm and a cooked breakfast we eventually arrived at the Braes of Foss car park with it full to bursting. A large group arrived just before us so we decided to set off at a leisurely rate after a wee cup of tea.

A wee note about the car park. There is NO toilet facilities and the car park charge is a rather modest £2.00 with only coins accepted.

The walk is very easy to navigate in fine weather and we only loked at the map twice, both times to reassure my wife we weren't that far from the top....

The route is made on good clear paths most of the way with the final section passing over boulders with a fairly clear route.

We began in good spirits and made easy progress past the old sheepfanks and onto the hill proper. 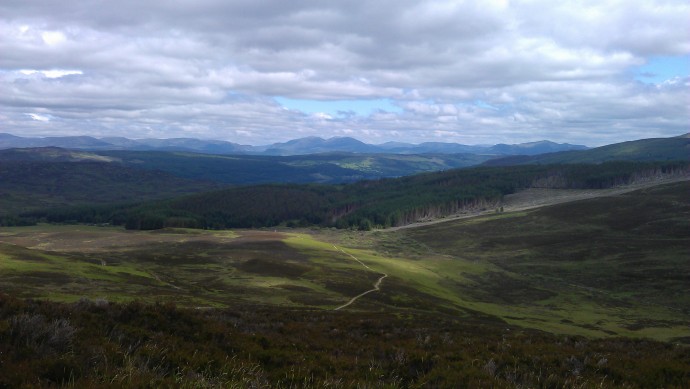 The view of the start of the walk

After a short incline we came across a set of stones, that were practically shaped for a seat and a sandwich, so thinking it would be rude not to indulge we sat enjoying some great views and cheese and ham rolls (anyone else think cheese and ham goes perfectly for a walk?). 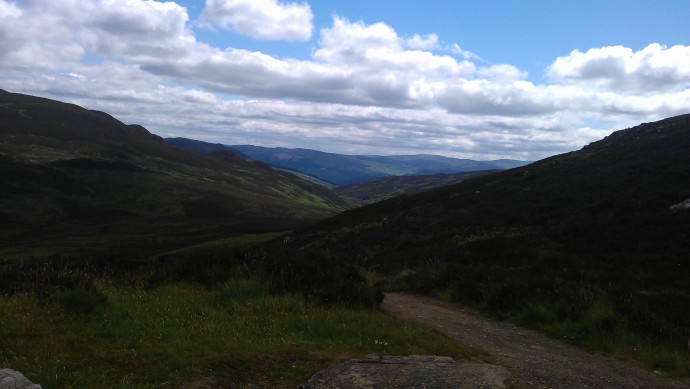 After this small section the walk starts to get a little steeper but nothing really too challenging. We even got to see some people Paragliding which seemed fun. I'm not sure I'd like to carry the parachutte up on my back, although I guess going down would be easier on the knee's.

After a wee while you come onto the broad ridge and the views really open up and show you why this is such a popular Munro. So much so my camera simply couldn't do them justice. 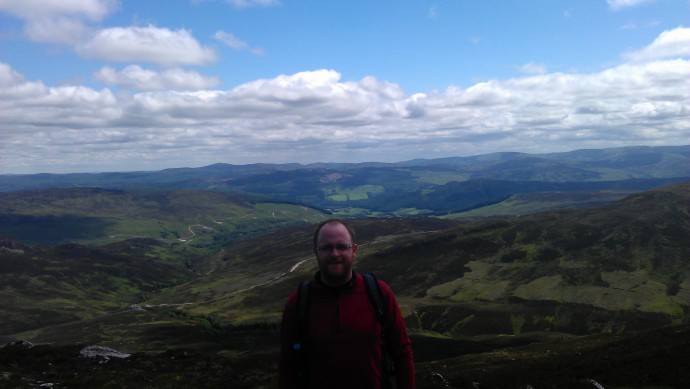 The camera was bad, the views and weather were good.

The boulders are where things got fun. As people new to hill walking they seemed to go on forever. However it was my 28th birthday but I felt like I was 11 again on on a great adventure climbing over them. My wife on the other hand was annoyed that they slowed the progress and had a few false summits. So much so it was really quite funny as we reached the false cairn and she saw the 'true' summit. 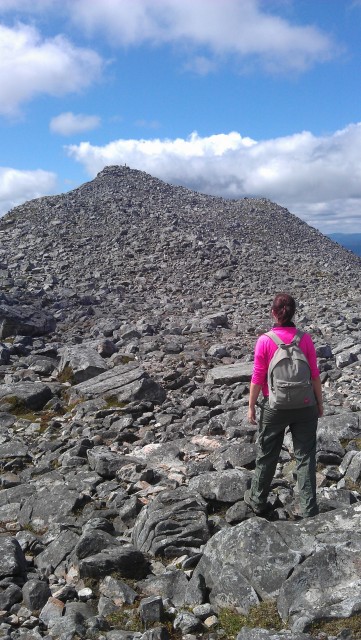 As this was going to be my wifes first Munro (only my second), we kept smiles on our faces stopped plenty to 'take in the scenery/breath' and just kept going. The top rewards you with stunning views and a fairly steep drop. 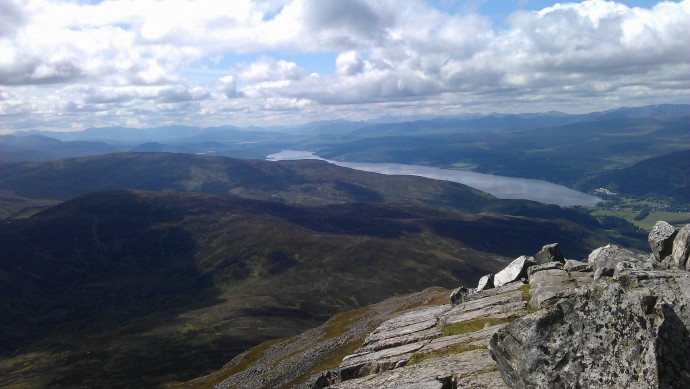 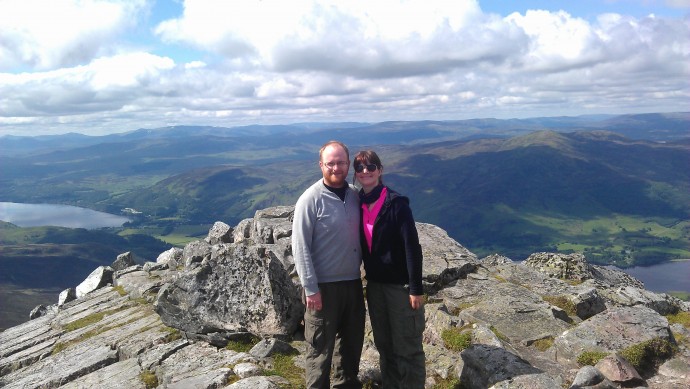 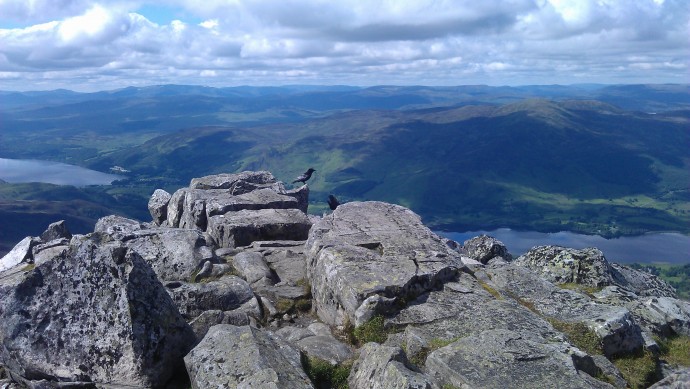 At the top there were a few different groups but with the sun shining there was a slight party atmosphere in the air and I popped the bubbly that I had taken up to toast my wifes first and after seeing her smile I'm sure not her last Munro. 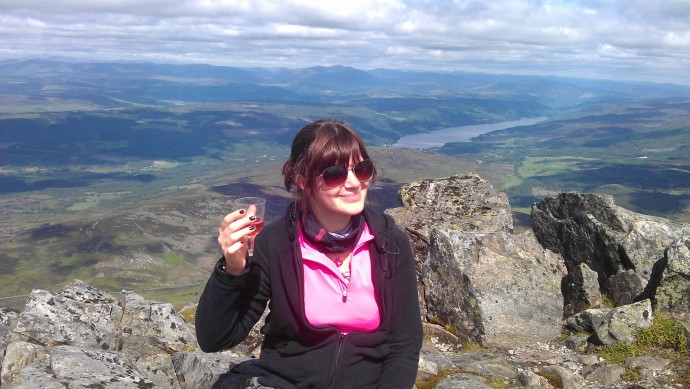 After half an hour, some bubbly and another roll (I could eat them all day) we headed down, managing it in one go making it back to the car park in 4 hours 15 minutes. It was a great day and we both came back pleasently tired but having had a great day in the centre of Scotland on the 'prefect' mountain.

Happy birthday, great way to spend it, and congrats on your wife's first.
Hope she gets to join you on the others and this hasn't put her off.

What a great birthday walk. The weather Looked tremendous and thanks for the pics. Now I know what I missed on Friday when the clouds only dispersed for short moments.

You cant beat a Munro on your Birthday

I did the same last year.
Happy belated Birthday by the way!

Bubbly on top of a Munro- great idea!! But you might have set a standart for her...she will be expecting that every time from now

Yes, the weather was great. I'm not sure 'd like the boulders in the rain...

My wife really enjoyed it and has even been looking at some walk reports to see if there are any others we could do. So I think she is converted to both hill walking and walkhighlands.

You might be mountainlove, I might have to get more champagne. Not always a bad thing I guess....