I decided for an early start. The Mrs was working in the hospital on a night shift so I decided there would be noone to complain about my alarm going off early

3.30 am saw me heading up the M77. There was hardly any traffic, funny that, I guess all sensible folk were still in bed.

5.30 am saw me sat in the car in the car park, wondering if I was mad to be up so early and whether I should just go home to bed. After 15 mins of delaying I made the right choice and headed up for the hills. 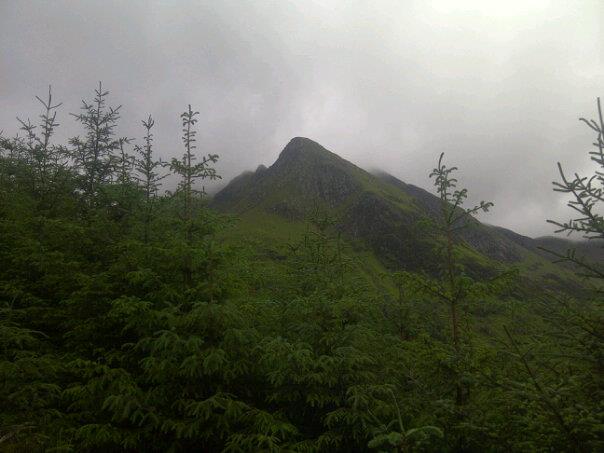 The paths up through the foresty stuff are pretty good and it's quite easy to make good time. I decided to head left at the fork and cross the bridge to do Sgorr Dhearg first. The forest path doesn't seem to show on the map but basically it takes you up toward the eastern ridge running out from the horseshoe. I think it might be possible to go more directly toward the bealach. 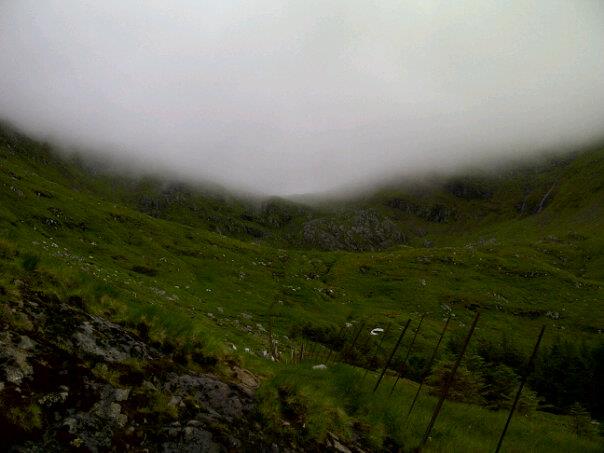 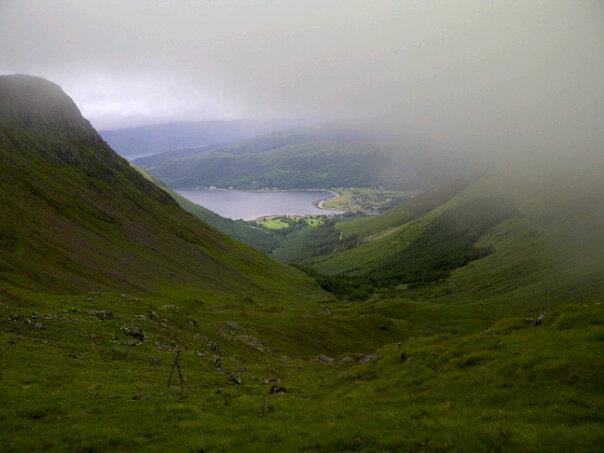 Once up toward the bealach, the weather took a turn for the worst. It was gusty and pretty poor viz at times, but seemed to get better the higher I went up toward Sgorr Dhearg. It looks so close on the map but the walk up seemed relentless from the bealach. The path is really good though and it didn't feel like I was exposed even when the path meandered closer to the edge.

Somehow, it seemed as though it took forever heading back down from the summit, perhaps as I was concentrating so hard on not losing my hat in the wind! 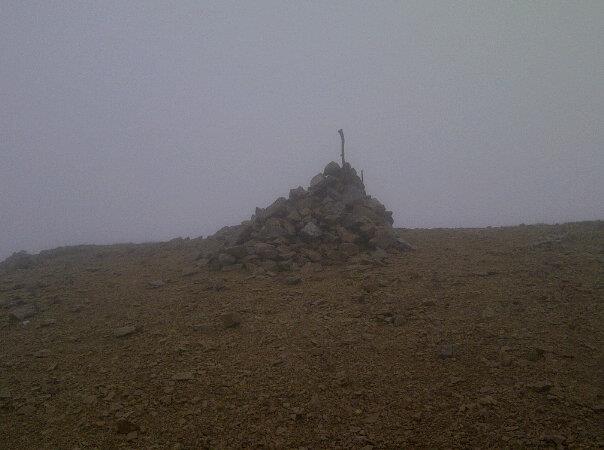 Back at the bealach, I had a quick bite to eat before heading up for what I'm told is the summit with the better views.... not today! Perhaps I should do it again on a day with better viz.

The walk upto Sgurr Dhonuill is steeper so you gain height pretty quick. At some points, the ridge narrows and there is a fairly steep drop on your right hand side. I have to force myself to take a look over but there isn't really any risk sticking to the path. Only at one point as you work your way up to the summit does it require a bit of scrambling but nothing much. From the second summit I was determined not to have to go back the way I had arrived and had planned to head West and come down further along the ridge. There are a couple of boulder fields to navigate and some of the routes down I didn't fancy much. I think the rain had made the mud and rocks pretty mobile. Further along however there are a couple of easy ways down, one of which I took.

At the forest, I inexplicably managed to miss the path. God knows how! Instead, I came down through the woods on a line which I expected to bring me out to the main path below, thankfully it did and the walk back to the car was easy from there.

I didn't see a soul on these hills today and felt pretty lucky to have them to myself. I would like to do these hills again in the Winter and preferably on a day with better vizability. This is the view back after completing both munros and heading to the West side, you get a really nice view of the cliffs from here.

I'm in the same position about redoing these hills.
An enjoyable day is it not?!

Hi Meatball, they sure are a fine pair of hills, I am looking forward to getting some good photos on my next visit. Some of the munros aren't that interesting but I would happily go back again to do these.

That area is awesome, can't think of any bad ones...

Agree with you there, the Glencoe area is great for walking. I was meaning a few munros generally...