Left the car at 915am with guide Paddy Mcguire with cloudy skies and not knowing which way the weather will go.It wasn't cold so wasn't complaining in fact as we started to accend it got warmer and soon there was a sweat on .
The walk up to the ridge was surprisingly easy going but always had it in my mind things were going to get difficult when the scrambling starts so enjoying the easy part while it lasted. Took us around 2 hours to get to the summit of Sgurr na Banachdich and was hoping to get a view of The Pinn but was still shrouded .After a few photos it was onward to the scrambling .We got our gear on and made for the technical stuff.
The going wasn't too bad on the ridge to the second munro although some good exposure which was nice to get my first taste of. The wind was starting to pick up but nothing severe thank god as the drops on some parts of the ridge were phenominal..
After around another hour we reached the second munro of the day and the cloud had lifted a bit more and we were starting to get the views to the southern part of the Cuillin. We had our lunch and chatted to another guide for a bit then made our way to the third of the day and some more scrambling.When we were decending to the next bealach it was a bit more demanding but Paddy kept me right for the trickier bits.On reaching the third of the day the skies were changing for the better so more photos and then decending down the screeand a lovely walk out next to the most beautiful stream that cascades down through a gorge .Amazing day in The Cuillins. 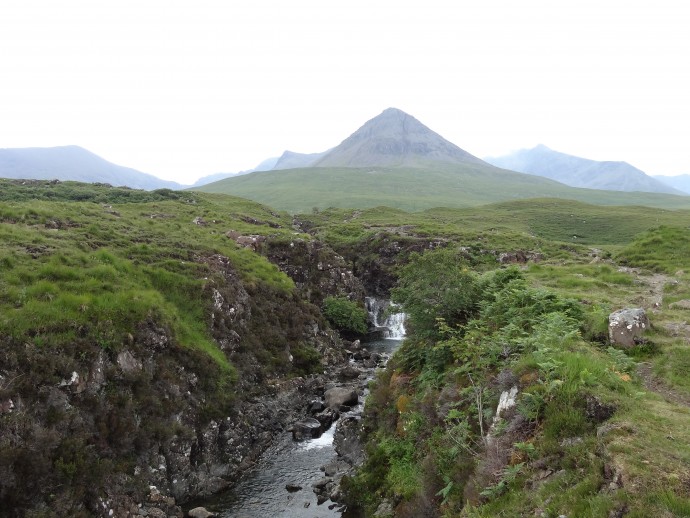 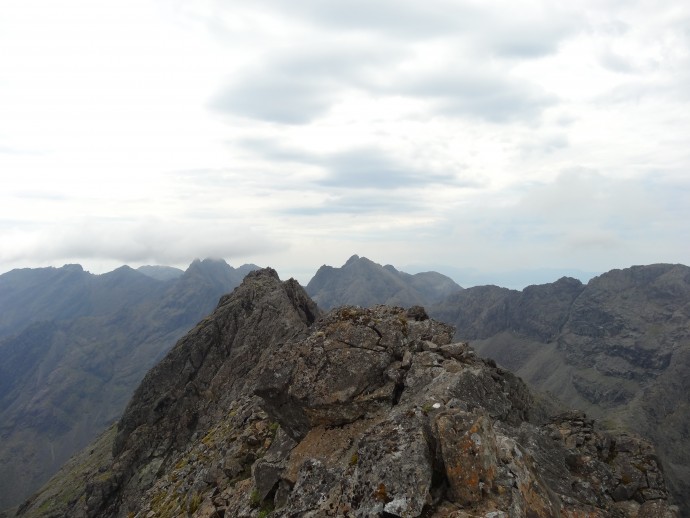 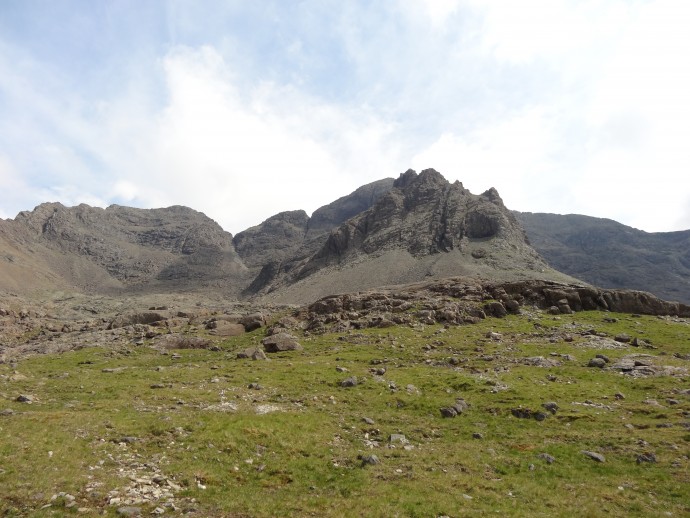 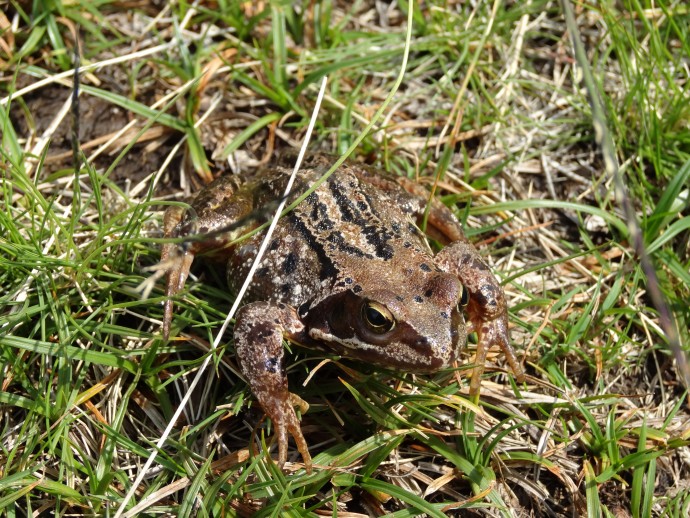 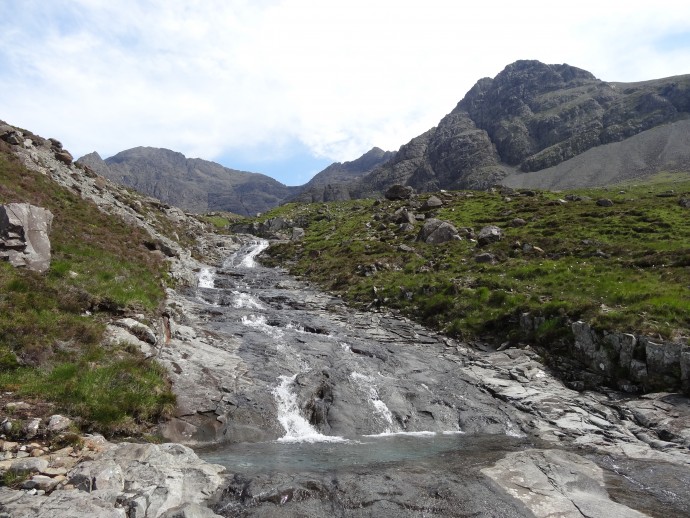