Boggy route in the rain :)

Boggy route in the rain :)


Lots of rainfall recently and the forecast was for more rain, but this only affects my preparation rather than where/whether I go - never been put off by the weather yet (touching wood!)

Firstly thought to do these 2 Munros from Glen Lochay but changed plans to go from the south, thinking to make a loop to add in Beinn nan Imirean. 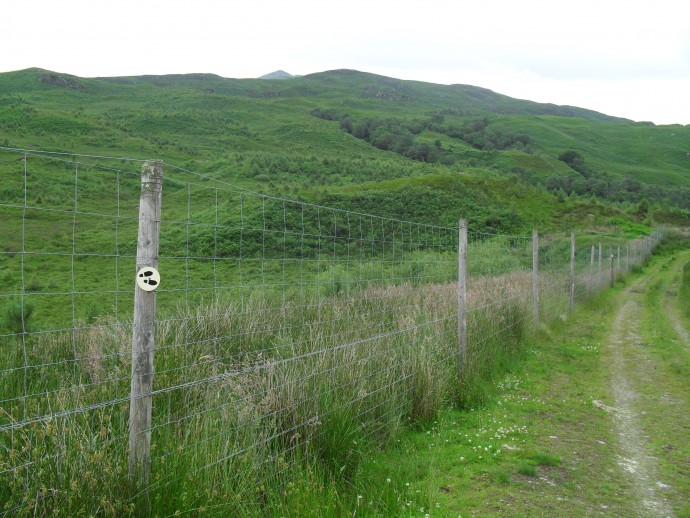 footprints along the fence mark the way

We reached the bridge to make the left turn following the river and briefly chatted to the workmen there - the river had flooded the area just a week ago and they were starting on the repairs. They warned there was a chance the path had been washed out further up but that wasn't the case. Plenty signs of the damage though, including the decomposing body of a lamb on the path looking back - river had pushed debris up to the fence 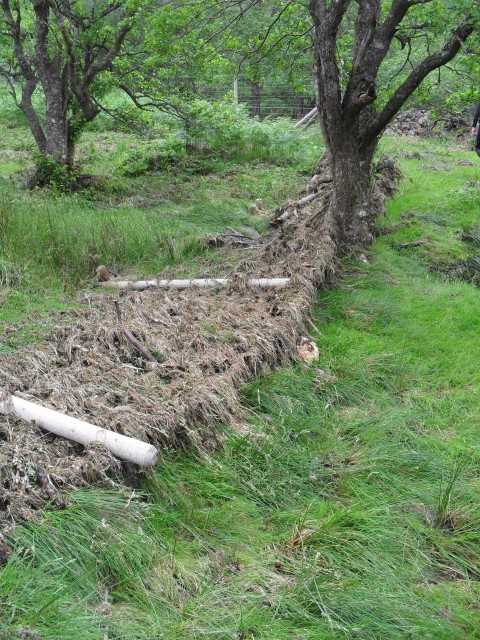 fence knocked down in flood

Further on, there was still evidence of how high the water had risen. 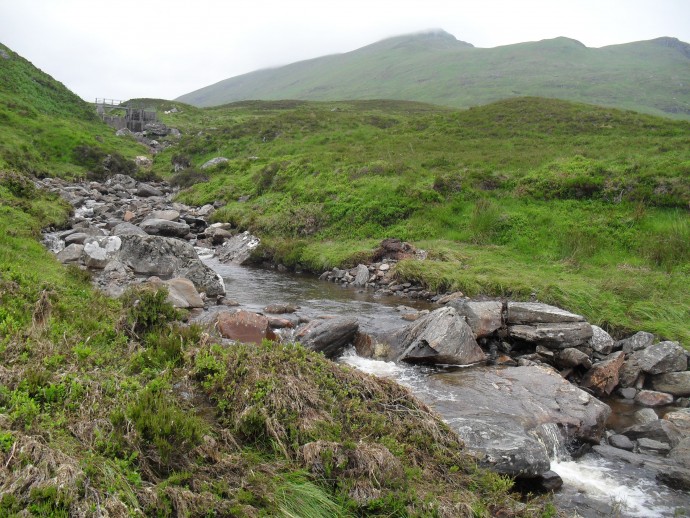 From here on the rain came on, lightly at first then heavier as the tops were in cloud. The route from the dam to the first summit is pathless but wasn't too boggy (feet stayed fairly dry as I managed to jump across the worst bits). Quite a drop down from here and we missed out the WH marked gentle ascent of Beinn Cheathaich in favour of a more direct (but steeper!) route to get to the top of Coire nam Moine. Crossing the flat between the 2 Munros was more boggy and feet were getting wetter. By the time we reached Meall Glas summit, we decided to just loop back to the farm. 2 steep pathless ascents in the rain was enough for one day 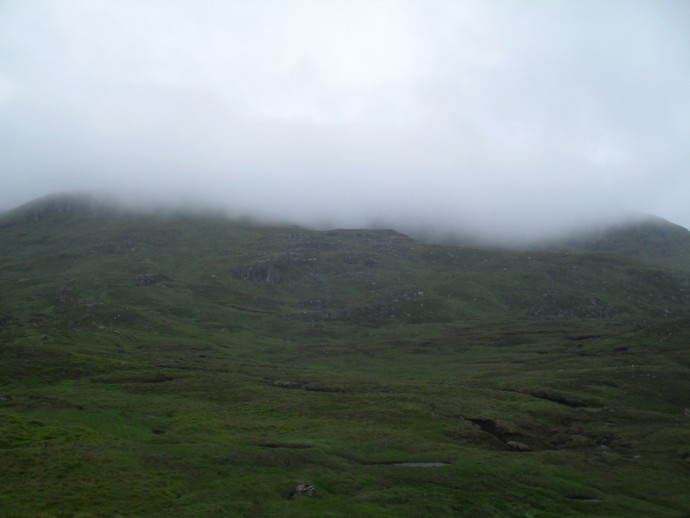 As we came down the ground was much boggier than the up route... or maybe it just seemed like that as my feet were soaked through by now. This meant I moved right down the gazellephant scale, no longer feeling the need to stay on drier patches

Plenty of frogs about today, some showing off how high they can jump!

Well done Fi for going out despite the weather

I was lucky enough to do these two ( and two tops) in smashing weather but I did them from Glen Lochay and still found them quite hard work!!!

As for ploughing right through the boggy wet bits on the walk back, I think everyone does that!!! Too tired to be bothered keeping clean at this point!!!

Great effort on a pretty miserable day Fi, love that shot 'heading for Meall Glas' with the cloud loitering ahead, beautiful

Well done Fi. Don't see so many reports from this side. I wonder why

Aye it's a boggy area Fi,done these 2 from Glen Lochay end,you probably would have had to wade the stream from that side so either way you would have had wet feet

I might just go from the Glen Lochay side when I go back for the corbett at some point...

I really don't mind the weather [quickly ducks as I know everyone's shouting for a better summer!] Love that every outing's different - sometimes with views, sometimes with challenges, but always enjoy them. Bring on the weekend!

it's clear you got the munro bug very badly, Fi, if you really don't mind the weather.

mrssanta wrote:it's clear you got the munro bug very badly, Fi, if you really don't mind the weather.

Definitely MrsS! Can't remember what I used to do with all my time