our_route.gpx Open full screen  NB: Walkhighlands is not responsible for the accuracy of gpx files in users posts
The forecast the night before said it was to be clear, at least in the morning, around Megget and surrounding areas, with the possibility of some light rain later in the afternoon. Leaving Hawick at 9am the following morning, it didn't look that way, low lying cloud, and a wee bit of drizzle, but I could cope with that, so headed to Selkirk to pick up Ian and Andy, and then on to Megget Water.
I parked at the car park at Cramalt Tower, about half way along the resevoir, no drizzle, but still some cloud hanging about. 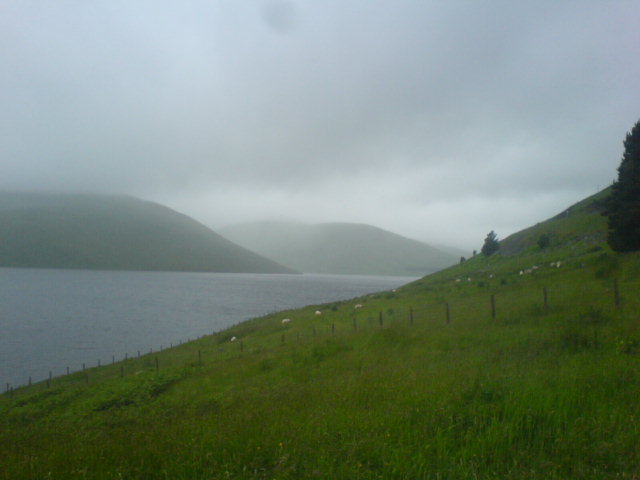 View from the car park...it might lift or burn off!

We set off along the road towards Meggethead, and onwards to the Megget Stone. As a keen birder, I had my eyes open for anything of interest, a few Wheatear, a male Stonechat, a pair of Kestrel, a couple of Sandpiper, and a lonely Snipe, as well as the usual Gulls, all kept me busy.
Visibility seemed to improve nearer the Megget Stone, so it was with some optimism we headed off up the track. 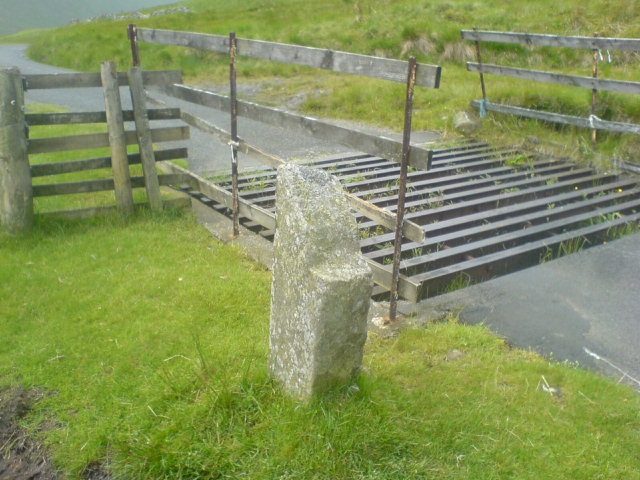 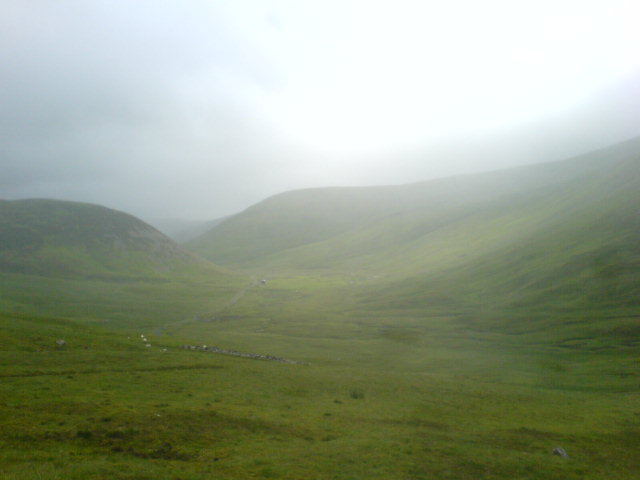 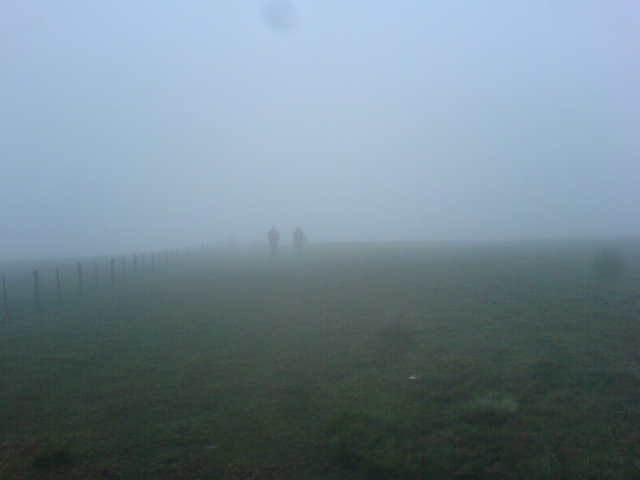 Andy and Ian, I think!

The track was okay, but the recent heavy rain had left it quite boggy in places, that just served to remind me that I'd forgotten to waterproof my boots (again!) so I reached the summit with damp feet!
The cloud hadn't lifted, so this was our view of the air traffic thingy on the summit... 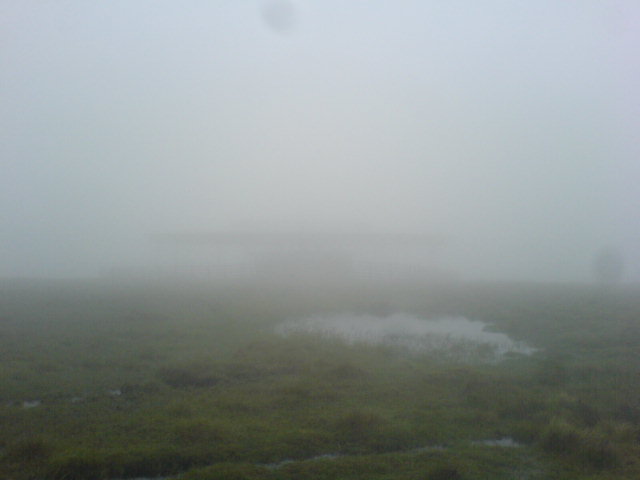 You can JUST about make it out!

We were all peckish by now and looked around for somewhere to sit and eat, we found a few boulders near the (radio?) mast, while eating, I was convinced the cloud started to lift and we could see a bit more of the walk ahead of us, unfortunately, as soon as we stood up ready to start the second leg, the cloud reappeared, even thicker this time!
The original plan was to walk on to Dollar Law, but due to the weather conditions, we decided to head off the hills as soon as we could, so after reaching Cramalt Craig, we joined the recently resurfaced track that took us down along Cramalt Burn.
Predictably, the cloud lifted after we'd descended a few metres. 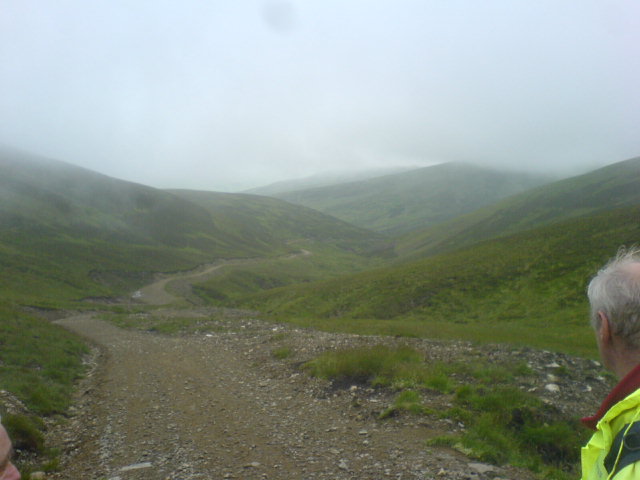 The track beside the burn.

A few birds were around the burn, mostly Meadow Pipits and Wheatear, a single Redpoll, and a mystery raptor seen by Andy! 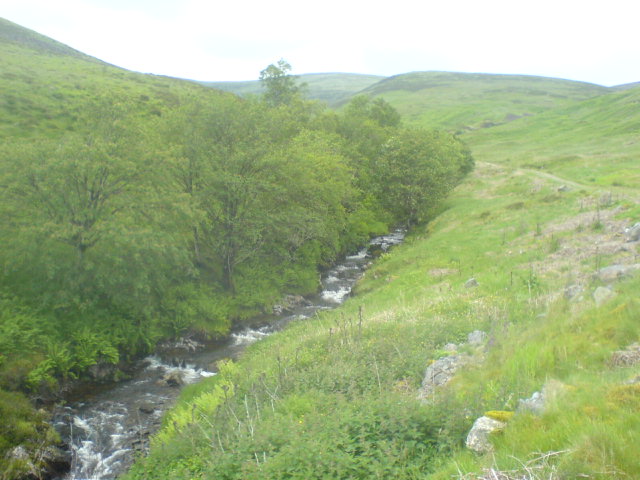 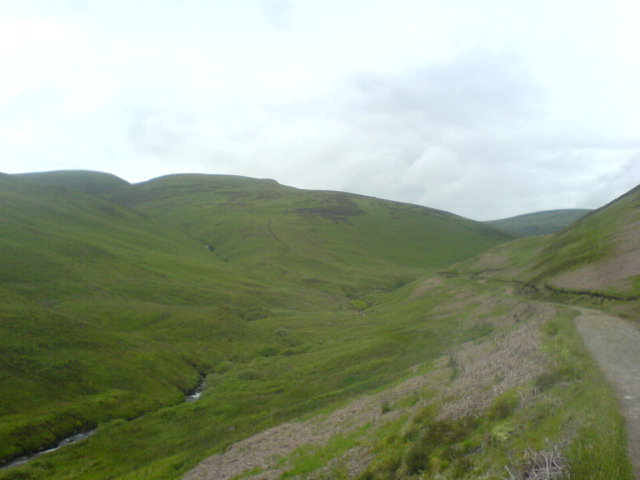 Where did the cloud go? 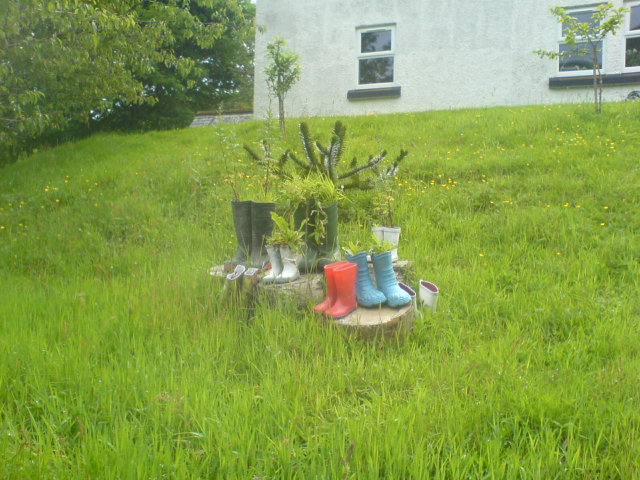 Could have done with a pair of these!

As we returned to the car park, noticed a large bird flying along the waterside being mobbed by a few gulls, I looked through my binoculars and was rewarded with a cracking view of an Osprey!
A fine end to a good, if viewless walk, Dollar Law will just have to wait for another day!

Pfft, I'm up this way fairly regularly and I've still not seen an Osprey! Unlucky with the weather but Dollar Law isn't going anywhere soon.