Everyone knows Wastwater Screes. Whin Rigg is the summit at the western end. Its top is a little rocky castle and it throws out a long ridge to the south west which terminates in the little prow of Irton Pike. A friend of ours was camping at Santon Bridge and doing Scafell Pike which seemed like a tall order on a humid day. Whin Rigg seemed like a pleasant afternoon stroll.

We parked up and headed up through the forest before doubling back to Irton Pike. This initially made for a pleasant spot for lunch although the muggy windless conditions meant that it wasn't long before our presence attracted the attention of the insect community. The views were superb though. As we ate and swatted away assorted flies and wasps, the weather brightened. 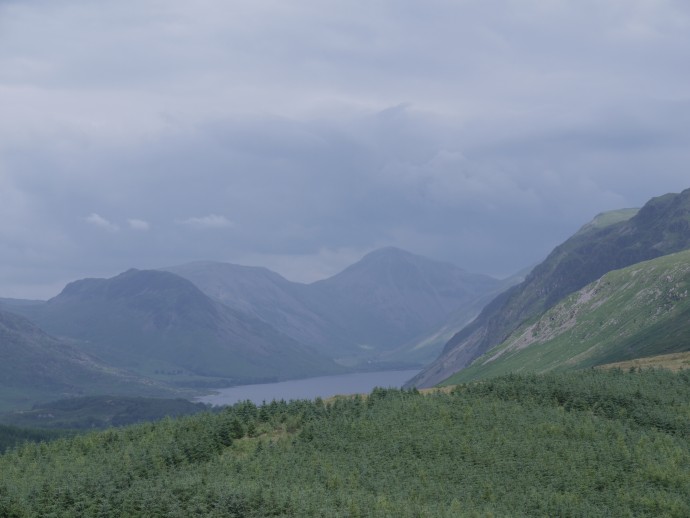 We walked along the long whalebacked ridge - very wet and boggy after weeks of rain - past the imposing gulch of Great Hall Gill and up the long grassy slope to the summit of Whin Rigg. There were rather bleak views out to West Cumberland and the Irish Sea. 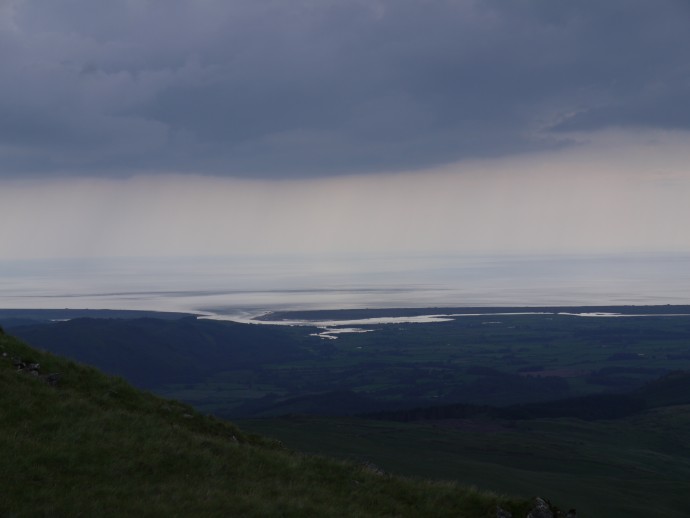 and attractive milky light over the Western Fells A short walk from the summit opened up views over Wastwater 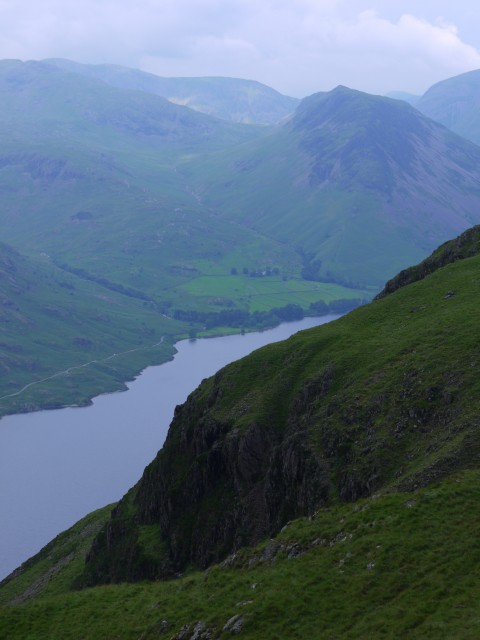 Wandering back down, the sun picked out the grassy back of Dow Crag and the Coniston Fells To cut out the bogs we detoured down through a felled area into Miterdale forest where there was an unexpected seat. Foxgloves grew everywhere. Some nice pics there. Have they finished the tree-felling? They were busy cutting the upper forest slopes when we did Whin Rigg back in February, with warning notices everywhere. Thankfully the bridleway down to Miterdale had been left untouched.

Great report Icemandan, looks a lovely wander (except for the damn bugs of course) Good to see some shots from home that aren't washed out with the damn rain

@John - The felling seems to be pretty much finished although the warning signs were still up. I don't know why but there seems to be a frenzy of tree felling everywhere at the moment.

@Chris - we were lucky, it was the first dry day for weeks - not like your endless blue skies in the Rockies!