An Caisteal & Beinn a Chroin

An Caisteal & Beinn a Chroin


We set off from the car park on the A82 with perfect weather for walking cloudy but dry and warm, there was a group of five from the Blairgowrie area heading up the same route.They went over the style and through the bog but as we had climbed Cruach Ardrain and Beinn Tulaichean from the same car park we new to avoid the initial boggy section and walk to the Crianlarich end of the car park, go through or over the 5 bar gate onto a good land rover track, this will take you under the railway bridge and over the bridge of the river Falloch with no need to go into the bog, it will add about 2 minutes to the walk but you will start dry and clean. Continued up the same land rover track and through another gate then shortly after this watch out for the faint track to the right which heads up the grassy slopes of Sron Gharbh this was a real slog and leads to the ridge known as Twistin Hill follow this good path to the rocky knoll and reach the summit of An Caisteal, we stopped for some grub but the cloud came in and with it some heavy rain. On with the water proofs and it was off down the steep rocky path to the col, from there ascend the north west end of Beinn A Chroin, a bit of a scramble here but nothing difficult or scary, continue along the crest to the summit just east of a small lochan. This is the true summit at 942m but of course we had to descend and climb the short distance to the second one at 940m. From there head down the path and then the grassy slopes which were boggy in places but nothing you would get lost in and meet the path alongside the river falloch and back to the car park. The rain stayed away until we reached the summit of An Caisteal then it was on pretty much constantly. A good walk but very wet during the later stages. We enjoyed meeting up with the group fron Bairgowrie and as the cloud was down I always believe in safety in numbers, thanks guys. As the weather was poor just a few photos taken with my mobile so not the best quality, hope the route discription is of some help to someone. 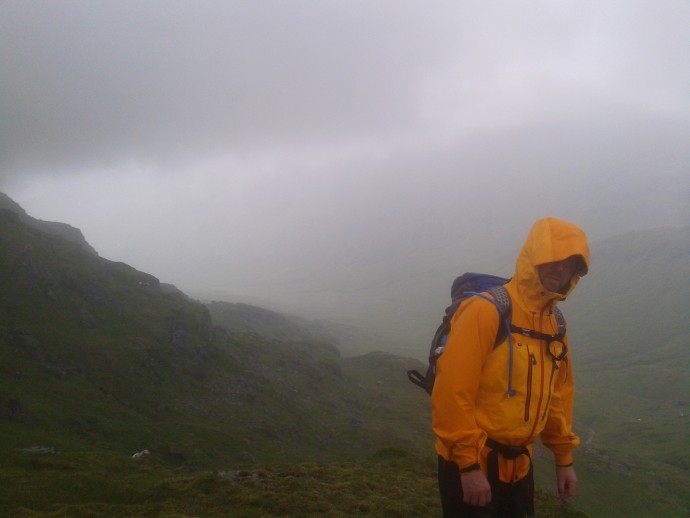 Ready for the wet 2 hour slog to the car park 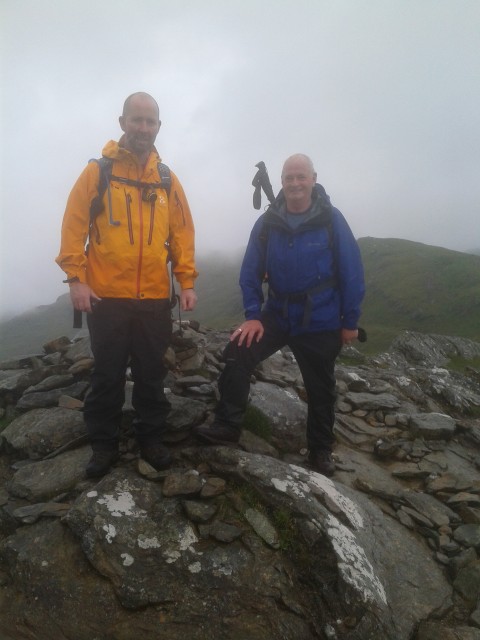 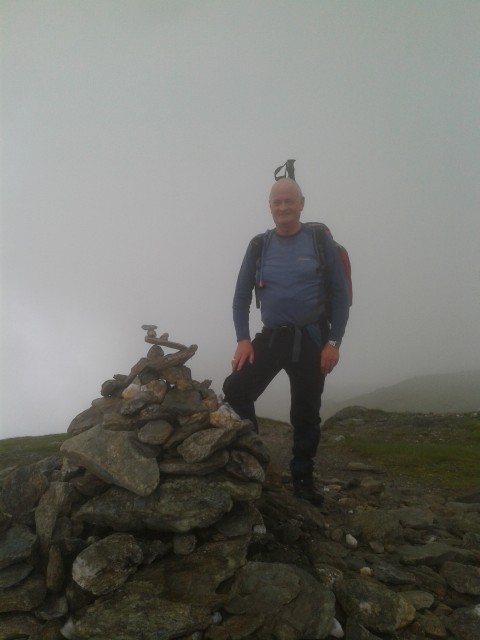 Re: An Caisteal & Beinn a Chroin

Nice info on this route. These two have been quite high on my list but have been putting off as its a well known bogfest and in this recent weather probably worse than usual. Hopefully some sun will dry it out a bit soon...

Re: An Caisteal & Beinn a Chroin

Once that pull up to Sron Gharbh is out the way then the rest of the walk is a doddle. At least you enjoyed it despite the views.